Lafayette Ron Hubbard is a controversial figure. An explorer, a mystic, a bestselling author, a nuclear physicist . . . or so the stories go. The hugely popular recent HBO documentary (Going Clear, by Alex Gibney) has once again called into question the authenticity of L. Ron Hubbard and the Church of Scientology. As the debate rages over his life and work, we’re taking a look at some of the stranger episodes in Hubbard’s odd existence.

10His Travels Through The Orient Orientalism has always been a big part of Western culture. Whether it’s the odd worship of secret Eastern mysticism in New Age thought or Mickey Rooney’s oh-so-sensitive bucktoothed portrayal of a “typical Asian” in Breakfast at Tiffany’s, the Western world has an odd and often strained relationship with the Near and Far East.

Hubbard, in sourcing the mystical revelations and systems that underpin Scientology, was no stranger to a bit of Oriental fetishism. By his own account, Hubbard embarked on a series of courageous expeditions to Asia between 1927 and 1929, with his journey encompassing Japan, China, and the Philippines. Although the cultures of Asia were foreign and exotic to Hubbard, the portly prophet makes it clear that he could never be confused in the face of such adventure. In fact, he relates a story about how he learned the obscure “primitive” Eastern dialectic of Igoroti in the course of a single fevered night, and by the next day, Hubbard was “speaking Igoroti in a very short time.”

Hubbard claimed that his travels through Asia were undertaken alone and that he had journeyed there on a spiritual quest, “studying with holy men” of Tibet and China. In actuality, this was all fiction, and his great “odyssey to the East” consisted of two short stops in China with his parents during which he judged the Chinese not to be sagacious holy men but “lazy, ignorant natives.” While Hubbard’s period of magic was certainly unusual, his own claims about earlier mystical experiences are just as bizarre. As a young boy growing up in Montana, Hubbard was fascinated by shamans, magicians, and wonder-workers of all kinds. Hubbard claimed to have befriended the Blackfoot Native American tribe in Montana. Supposedly, Hubbard befriended a Native American medicine man named Old Tom Madfeathers who, despite sounding like a racist caricature from before the steam engine existed, supposedly possessed all kinds of magic powers.

Hubbard recalls being entranced by Madfeathers’s ability to leap 4.5 meters (15 ft) into the air and levitate there atop his tepee. The Blackfoot tribe was said to be so impressed with the six-year-old Hubbard that Hubbard says they made him a blood brother of the tribe. One of the ways in which Hubbard would charm those around him was with his fantastical stories of his glorious military service during World War II. Hubbard made himself out to be a brave naval hero, bombing Japanese submarines and winning innumerable medals. Although Hubbard portrayed himself as the embodiment of a Spartan warrior, this doesn’t quite seem to be the case. As it turns out, the “two Japanese submarines” he tirelessly attacked near Oregon turned out to be a log and some rocks, which aren’t usually particularly deadly to a naval ship with a competent captain.

Hubbard also claims that the foundation for Scientology’s methods came from techniques he used to heal himself of wounds acquired in glorious battle, although no records of such injuries exist. This is actually a serious issue, since Scientology’s own spokesman acknowledges that if Hubbard wasn’t injured, then “the injuries that he handled by the use of Dianetics procedures were never handled, because they were injuries that never existed; therefore, Dianetics is based on a lie; therefore, Scientology is based on a lie.” Much like King Henry VIII, L. Ron Hubbard had lots of wives. Unlike the famous king, Hubbard didn’t even have the common decency to behead his old wives by way of a parting kiss, instead just choosing to marry another woman on the quiet. Although Hubbard’s teachings often denounced sexual promiscuity, he certainly didn’t seem too bothered by this. Throughout his life, Hubbard would have seven different children by three different wives.

He was married to his first two wives at the same time, although they didn’t know about one another. He was a serial philander who caroused his way through women at a rate that would make John F. Kennedy blush. And so the man who wrote the words “I have a very bad masturbatory history” would go on to preach against the evils of bigamy and how monogamous love was the sign of a pure soul. The Church of Scientology is notorious for its “alternative” approach to treating drug use, which it sees as a disease of the soul. Called Narconon, the 12-week course, which costs tens of thousands of dollars, is extremely controversial. The course, which involves massive doses of vitamins and intense periods in a sauna, has been linked to deaths. All of this is even more worrying when you consider Hubbard’s own drug use.

Hubbard was an enthusiastic user of several drugs, from cannabis to amphetamines to tobacco, all of which he advocated as intellectual aids. Hubbard was rarely seen without a cigarette in his mouth, and his addiction to cigarettes and nicotine continued throughout his life, in full view of his followers to whom he advocated a pure life free of unhealthy vices. ”Just say no” doesn’t quite sound so good from a man who drank a bottle of scotch a day. As his organization grew in power and wealth, so too did the suspicion with which many governments and bodies regarded L. Ron Hubbard’s church. Eventually, in an attempt to get away from his pursuers and creditors, he decided to set sail with a fleet of ships and loyal followers. It was around this time that Hubbard became interested in the concept of past lives as the source of current troubles, and he suddenly remembered his past lives vividly.

Hubbard claimed to have been a Roman tax collector as well as an alien race car driver, two items that are sure to give you an edge on your resume. Hubbard also claimed to recall treasure that he had buried in past lives, and his fleet sailed the world hoping to uncover this hidden bounty.

4Involvement In A Moroccan Coup 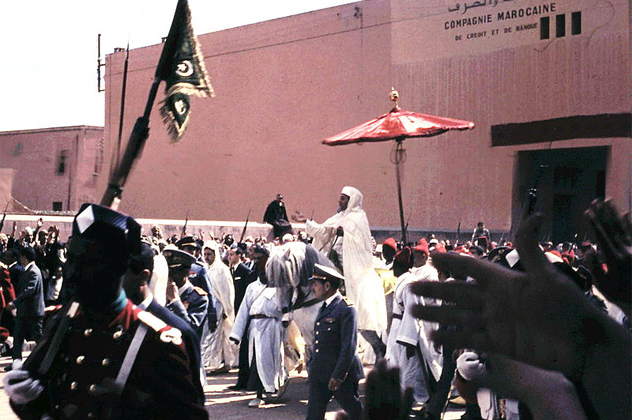 Eventually, Hubbard’s sea travels took him to Morocco. While there, the Scientologists attempted to ingratiate themselves to the Moroccan king Hassan II (pictured above), training government officials in Scientology techniques and using their E-meter devices to read members of government and ensure their spiritual wellness. Fat, sweaty, rich, and full of megalomaniacal desire? Yep—Hubbard was essentially Marlon Brando in Apocalypse Now. Hubbard was so committed to the king that he attempted to provide assistance to the regime when Hassan II’s general, Mohamed Oufkir, attempted to overthrow the king’s regime.

Relations with Morocco later broke down after Scientologists accused Moroccan officials of treason because they didn’t show up to their Scientology courses early enough. Following this controversy, the Moroccan government gave the Scientologists 24 hours to leave, and so Hubbard’s strange relationship with the Moroccan king was terminated.

3He Claimed To Be A Buddhist Messiah 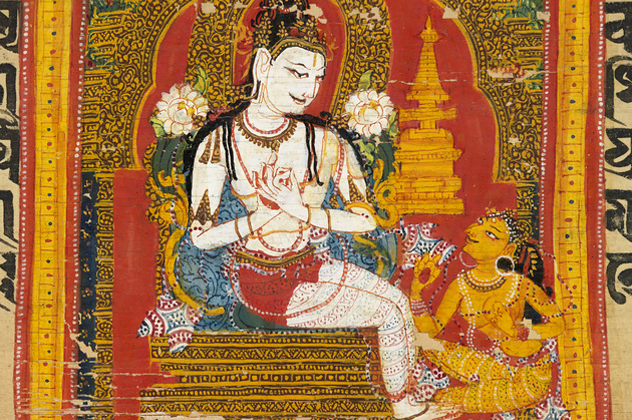 L. Ron Hubbard attached himself and his teachings to numerous religious traditions at various times, but one of the most bizarre was his claim to be the coming of a foretold Buddhist messiah. The Maitreya is a sort of Buddhist Second Coming, an enlightened one who will come in the future to succeed the present Buddha (the fat, laughing Siddhartha) and bring about world peace and enlightenment.

Naturally enough, Hubbard, a freckly fraudster from Montana, thought he might fit the bill pretty well. In his 1955 manuscript Hymn of Asia, Hubbard claimed that he was a good fit for the Buddhist messiah, and his followers eagerly lapped it up. 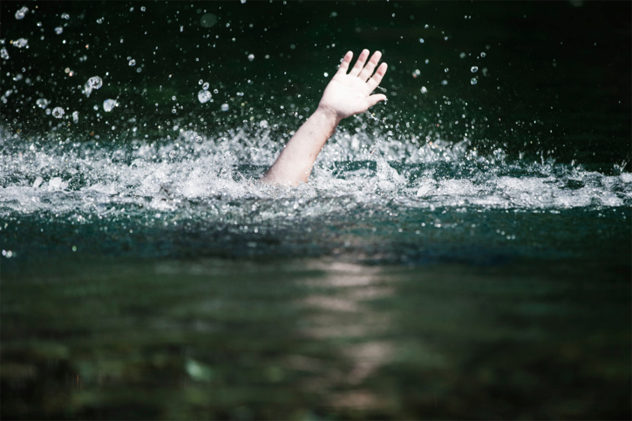 It wasn’t exactly the Love Boat on Hubbard’s massive Scientology fleet. L. Ron ruled the roost with an iron fist, often imposing terrifying punishments on crew members he suspected of disloyalty. For minor infractions and frustrations, he would downgrade the status of crew members to “liability,” which meant they had to wear gray rags, work their fingers to the bone, and subsist on meager portions of food. Crew members who disappointed Hubbard were regularly thrown overboard. And this wasn’t a fun little summer splash, either—crew members often barely survived being thrown into raging and storm-swept seas.

These near-deadly dunkings were not the only punishments of Hubbard’s that resembled some strange carnival game. Hubbard is said to have made three crew members race each other to push peanuts around a ship’s deck using only their noses. This left their noses raw and bloody.

1He Got His Start As A Pulp Novelist So how did this strange man who claimed to be a Buddha, a nuclear physicist, and an alien soul get his start? It all began in pulp fiction—the cheap paperback thriller genre that exploded into bookstores in the early 20th century. These stories of spies, aliens, and all sorts of wonders usually paid about a penny a word, and it was as good a way as any for the young Hubbard to secure some level of financial independence.

Because of the tremendous pace at which he could write those stories (all those amphetamines are good for something), Hubbard holds the world record for being the world’s most published author. These wild stories ran the gamut from Westerns to sci-fi adventures, but many of these tales, dashed off in a nearly trance-like state, would provide the foundation for a belief system that now claims to have multiple millions of members worldwide.

David O’Donoghue is a student and freelance writer from Co. Kerry. His writing has appeared in the Irish Independent, Film Ireland, Ultraculture.com, and Headstuff.org, and he is the political editor for Campus.ie. He writes short fiction and poetry, and his work can be found at davidjodonoghue.tumblr.com