Our ancestors did some strange things out of boredom that we today would have trouble getting our heads around. Once upon a time, people burned cats for fun and thought competitive walking was the height of entertainment. No matter how hard we try, we may never be as crazy as our grandparents. 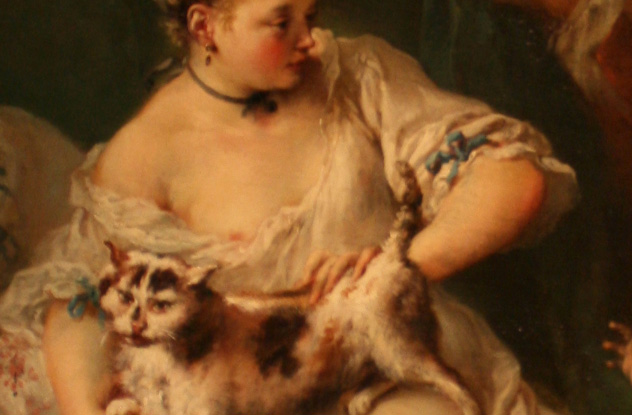 In today’s world, the killing of some animals is met with immediate outrage. In 17th-century France, cat burning was a form of entertainment.

Every year, Parisians gathered during midsummer bonfire in Place de Greve to play, dance, and sing. To make the gathering more interesting, the crowd gathered live cats into sacks, hung them over the fire from a mast, and watched them die slowly. The cats were chosen for their supposed link to the devil and witches. Sometimes, a fox was thrown into the fire. While the poor animals shrieked and cried, the people partied.

French kings and other important dignitaries were also known to take part in this sick fun. Sometimes, they got the honor of lighting the bonfire. Similar midsummer bonfire rituals took place in other parts of France and Europe. After the burning, people took the ashes home because they believed it brought good luck. 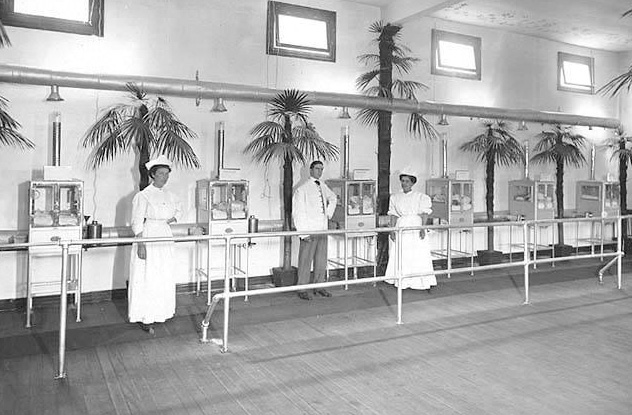 Before the 20th century, premature babies had very little chance of survival. That was set to change when Dr. Martin Corney invented his incubator, but not many people trusted the machine. Hospitals rejected it, and investors were not forthcoming. To prevent the death of his invention and convince skeptics, Couney came up with a very strange and crazy solution. He built an exhibit in which premature babies will be put on display at fairs and parks. The first exhibit, or “child hatchery,” opened in Berlin in 1896. He soon moved to the US, where he opened an exhibit on Coney Island.

Couney’s exhibit looked like a normal hospital. He placed babies in wards and employed doctors and nurses to look after them. The only difference was that one side of the ward was glass, and people watched through it.

The exhibit was very successful. Parents brought their premature babies to Couney and did not have to pay for medical care. The customers were charged up to 25 cents for the show, and the money collected paid for all expenses. Most of the premature children on display survived. By the time incubated babies fairs ended four decades later, Couney had managed to convince everyone that his incubators were safe. 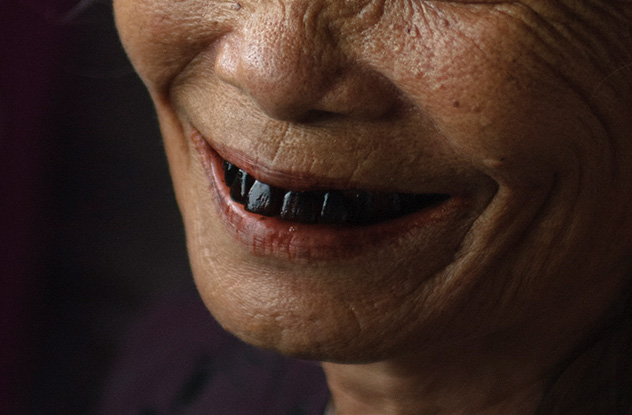 Today, we brush, floss, and even go the extra mile of whitening our teeth to give us that extra confidence when smiling. Back in 16th- and 17th-century England, however, a fad was born from the lack of dental hygiene.

At that time, sugar was very expensive because it was imported into the country. Therefore, only the upper class Elizabethans could afford it. Excessive use of the commodity rots the teeth. Elizabeth I lost many of her teeth because of her love for sweets, and people could hardly understand her when she spoke. The few remaining teeth in her mouth were black and decayed.

People began seeing black teeth as a status symbol. People whose teeth were not black enough applied cosmetics and used coals to blacken them.

Incidentally, despite the lack of care for dental hygiene, Elizabethans did everything they could to prevent bad breath. This was perhaps because people believed the plague could be contacted from the bad breath of those around them. They used vinegar, anise seeds, and other similar herbs to clear their mouth of bad odor. 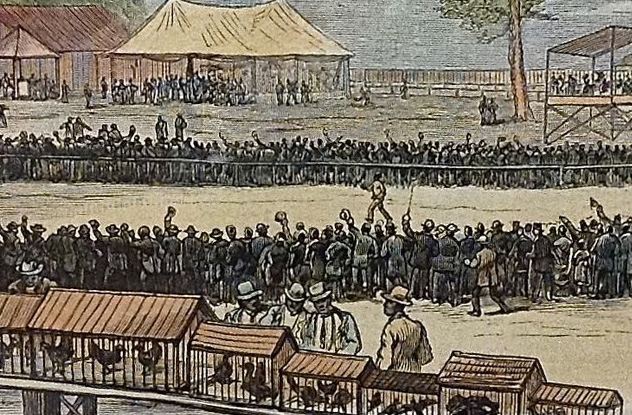 In the 19th century, competitive walking was the most popular spectator sport in America. The sport, known as pedestrianism, was born out boredom by the people who migrated to the cities after the Civil War and needed a new form of entertainment. In filled arenas, competitors walked around tracks almost nonstop from Mondays to Saturdays in front of spectators. (Sundays were excluded because public amusement was not allowed on that day.) The competitors walked to see who could cover the most distance during the race’s duration. Some of these competitors would reportedly walk up to 160 kilometers (100 mi) in 24 hours.

The sport was so popular that celebrities were known to visit arenas during the event. Future president Chester Arthur was a regular spectator at the arena. As in modern sports, there were rivalries among the stars, who earned a fortune from the prize money and sponsorship deals. There were scandals over fixing games and over drugs.

Pedestrianism was eventually replaced by competitive cycling after the invention of the safety bicycle by John Starley in 1885.

From the moment she got married to the Prince of Wales, Princess Alexandra of Denmark was beloved by the British public. She was the 19th-century version of Princess Diana. Aside from her good looks and lively nature, Alexandra’s love for charity also endeared her to the public.She was so adored that people copied her every move and style.

After the birth of her third child in 1867, Alexandra contacted rheumatic fever, which left her with a limp. This gave birth to the Alexandra Limp, a fad in which women in London and Edinburgh started limping intentionally. To make the limp more realistic, women bought mismatched shoes. Subsequently, shoemakers began making uneven shoes intentionally. The fad got to the point where walking canes became one of the most sought after accessories of able-bodied females.

The Alexandra Limp was criticized by prominent newspapers of the day, many of which saw it as an act of mockery against the princess. Thankfully, it did not take too long before the fad faded. 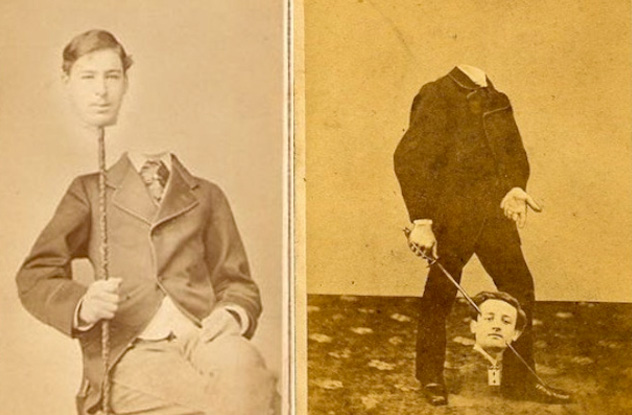 A lot of bizarre trends emerged after the invention of photography. The most famous of these trends was post-mortem photography, which showed us how death-obsessed the Victorians were due to the high mortality rate back then. However, that wasn’t the only morbid photography trend that was popular at that time. In 1853, a prominent photographer named Oscar Rejlander started an equally disturbing trend known as “Headless Portraits.”

Oscar, sometimes considered the father of art photography, combined negatives and formed pictures of living people beside their own decapitated heads. Soon, there was a huge demand for these photographs, and several photographers adopted the technique.

People took pictures in which their heads were everywhere but on their neck. They held their decapitated heads tucked under their arms, some placed theirs on a platter, while others even dangled it from their own hands with a knife on the other hand. No one was left out of this bizarre fun, as even children were known to take headless portraits. 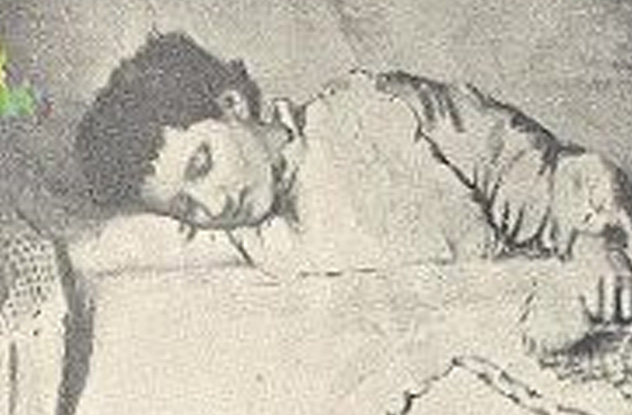 Anorexia nervosa is an emotional disorder involving the desire to lose weight by refusing to eat. The disorder is prevalent common among teenage girls and young women. Though this was thought to be a recent problem, it has been around for centuries. The most famous cases of anorexia nervosa can be found in the late 19th century, when a group of girls known as “fasting girls,” claimed to be able to survive without eating anything over a long period of time.

These girls were known as having anorexia mirabilis, a miraculous lack of appetite. Their ability to survive without food was seen as a miracle, and they became celebrities. People from different part of the world came to them bearing gifts and offerings to find the favor of God. 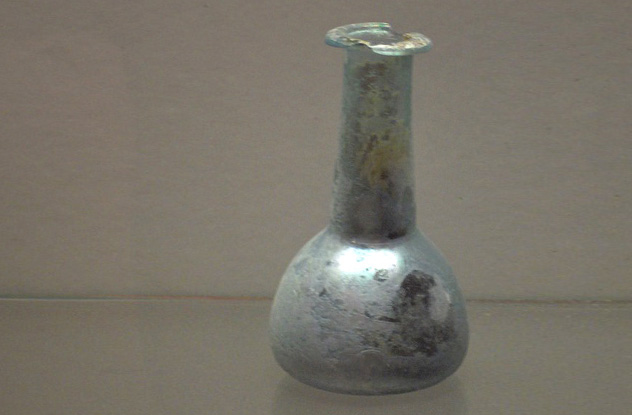 No one knows how and when tear catching began, but the first documented reference of the practice can be found in the Bible. The practice was also quite popular during the Roman period. Back then, mourners filled small glass bottles with their tears, and these bottles, known as lachrymatory bottles or tear catchers, were left in the burial tomb as a symbol of respect. In some cases, women were paid to cry into the bottles during procession. This was done to get as many full bottles as possible since a person’s value was measured by the tears produced during their funeral.

The practice was revived during the Victorian era. Mourners cried into vials equipped with special stoppers that aided evaporation. Once the tears evaporated, the mourning period was over. On the other side of the world, in Civil War America, Women wept in tear vials and waited till their husbands came back from war to show them how much they have been missed. The more the tears in the vial, the more she had missed her husband. 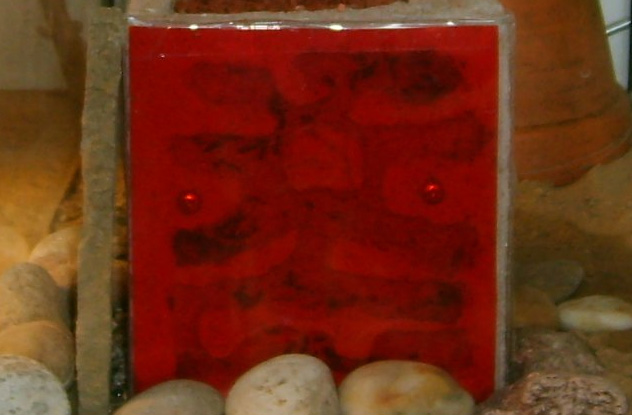 Moving now to the more recent past, the ant farm was a popular toy created by Milton Levine in the 1950s. The idea came from an army of ants he saw at a picnic during a Fourth of July celebration. Milton found ants captivating and thought that if he put them in transparent plastic designed to look like a farm scene, people would enjoy observing them. He named the product “Uncle Milton’s Ant Farm.” After advertising the $1.98 product in newspapers, ant farms became an instant hit, and Milton received thousands of orders from people around the country.

The ants Milton used in his product were gathered by ant rustlers, who were paid a penny for each one. To purchase an ant farm, a customer had to first buy the farm before ordering for his ants, which would be delivered in vials within a day. An instructional manual, special sand, and a liquid dropper were also included in the product.

In 2011, Milton Levine died at the age of 97, having sold more than 20 million ant farms during his lifetime. 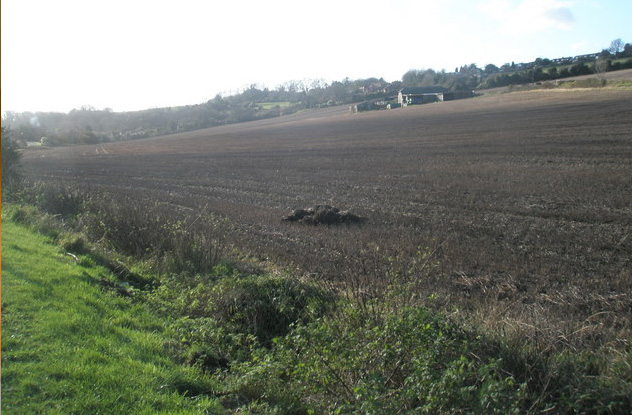 In 1953, a bizarre fad known as uranium sitting was born on a Texas dairy farm. The fad began after the owner, Jesse Reese, claimed his wounded leg healed because he buried it in the soil of his farm, where a group of scientists had recently found traces of uranium. Believing the radioactive soil had healing properties, people with all sorts of ailment ranging from the cold to cancer came to him for help. He soon sold his cows and turned his farm into a “uranium dirt house.” To get better, the customers buried their sick body parts under the soil.

Several uranium dirt houses cropped up in other parts of the state. They charged up to $20 for the service and added trailer camps and landing strips to their place of business to accommodate the increasing crowd. Although they did not know the effect of uranium sitting, medical experts spoke against it and refused to approve the practice.

In 1955, R.E. Hight and his business partner, Walter Miller, opened a uranium dirt house in Corydon, having leased 1.5 tons of radioactive soil from Jesse. Despite the promises of healing, they made customers sign a waiver stating that no miracle was expected from the sitting. Barely months after their business took off, a newspaper published an article stating the sand used in Corydon was not radioactive at all. Hight and Miller hired a geological engineer to examine the soil. The engineer discovered that the soil contained hardly any radioactive particles . Consequently, people began to doubt the healing power of the sand, and the fad died.