Although anarchy has long been seen as an ideological system impossible to implement (if not inherently contradictory) and as a direct cause of numerous acts of terrorism throughout history, its ideas have still been influential. In fact, during the 20th century, anarchism, like communism, was seen as a new system of governance that could potentially replace capitalism and create a more utopian society.

In the end, however, anarchism has failed to gain traction as a widespread movement in the modern world, even after the attempts made by the following 10 anarchist societies. 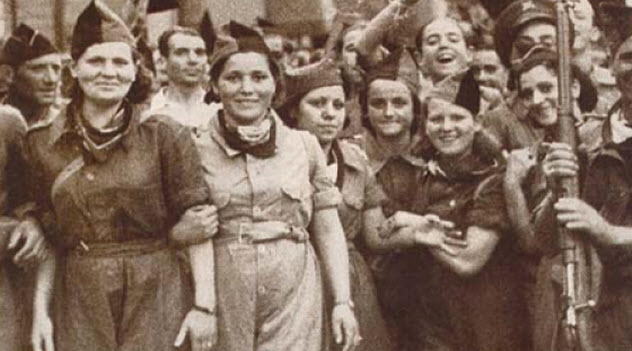 As a result of the Spanish coup in July 1936 when the Fascists were trying to gain control of Spain, the Confederacion Nacional del Trabajo–Federacion Anarquista Iberica (CNT-FAI), an anarchist party within Catalonia, led a popular uprising by organizing militias against the Nationalist forces.

Overall, these militias were made up of 18,000 workers (including George Orwell, who fought for the Catalonians). They were collectively able to defeat the Nationalist forces and gain independence for Catalonia. Each militia was led by elected delegates who met to decide on the individual militia’s course of action.

Although the CNT-FAI was criticized for joining the national government, which meant that it had to work with socialist groups such as the Unified Socialist Party, it did this to have a better chance of winning the war against Spain. It was also able to implement some of the policies it supported—namely, the collectivization of land and resources.

The government was able to encourage voluntary collectivization, where workers pooled resources and had general meetings of all its participants. Factories were also “confiscated and controlled by workmen’s committees, either term possessing for the owners’ almost equal significance,” said Burnett Bolloten in his book The Grand Camouflage. Eventually, the anarchist government fell to a large Nationalist offensive in 1938. 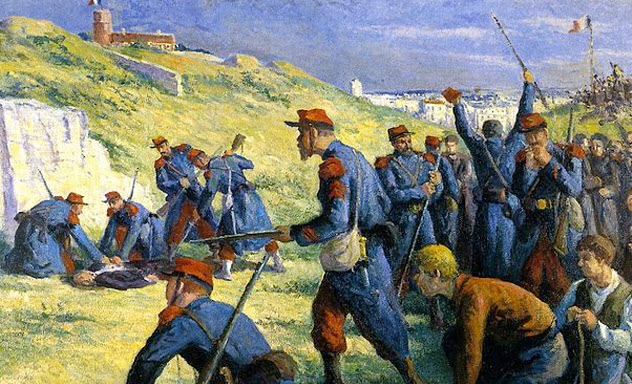 In 1871, the Paris Commune came about as a reaction to the Franco-Prussian War and is often considered the first example of the working class seizing power. After being defeated by the Germans, the French army tried to take back the cannons they had left in the city of Paris. The National Guard of Paris, which was separate from the army, sided with the citizens, and free elections were held to determine who would govern the city.

The commune implemented anarchist policies such as turning workplaces into cooperatives. In the words of Mikhail Bakunin, a famous communist at the time, it was a “clearly formulated negation of the state.” Some anarchists, however, believed that the commune didn’t go far enough because it kept in place the ideas of representative government.

Later, the commune also established a Committee of Public Safety to use terror to protect the ideals of the revolution, which the anarchists later opposed. On May 28, the government of France finally defeated the commune and reestablished its hold on the city. 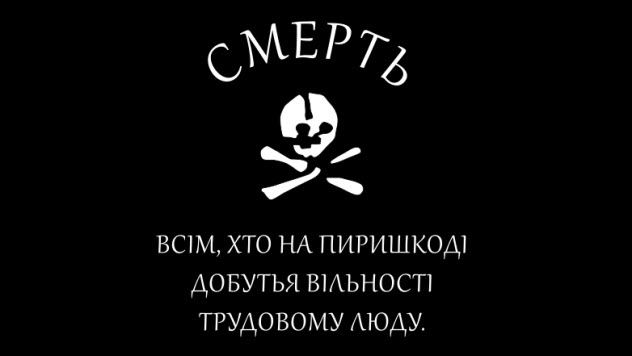 From 1918 to 1921, the Free Territory was an anarchist state set up in Ukraine by Nestor Makhno. The Free Territory has the distinction of being one of the few states based entirely on anarchist ideology and has probably the coolest flag of any nation to ever exist—a picture of a skull with the words, “Death to all who stand in the way of freedom for working people!”

With an army of 100,000 men, known as the Black Army, Makhno took over the southeastern section of Ukraine and implemented an anarchist society. The society was structured by establishing worker and peasant soviets (organizations) where the members voted on specific issues in committees.

Makhno opposed a central government of any kind and instead called together congresses of soviets to discuss national issues that needed debate. In the end, the Red Army invaded the Free Territory and was able to finally defeat the Black Army in 1921. Ironically, Trotsky had written in his memoirs that he and Lenin had given serious consideration to establishing a separate anarchist society as a means of experimenting with the idea of a stateless society. 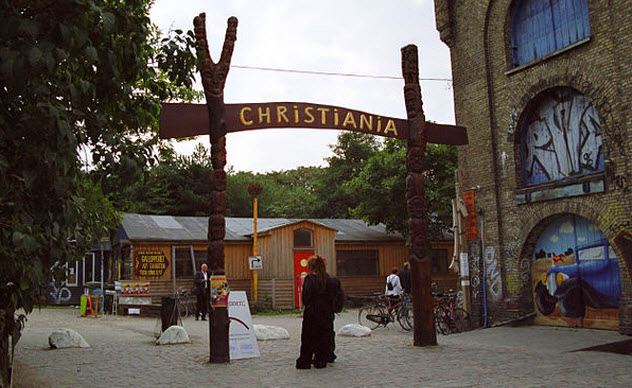 Created in 1971, Freetown Christiania is one the few anarchist communities on this list that is still active. Remarkably, it has managed to remain mostly autonomous for over 40 years. The town was founded by squatters in Copenhagen, Denmark, in an abandoned military area. They promptly claimed the area and declared it a free city. As a result of this status, the squatters currently living there do not have to pay taxes and are able to sell marijuana openly.

Christiania always has had an anarchist, communal spirit. As such, the community discourages private property, including forbidding its citizens to own private cars, while at the same time having basic bylaws that prevent violence and crime (such as prohibiting guns and violence).

In 2012, when the government offered to sell the occupied government land to the residents, the residents took the deal. They bought the land by setting up a foundation which ensured that the land would be owned by the community. 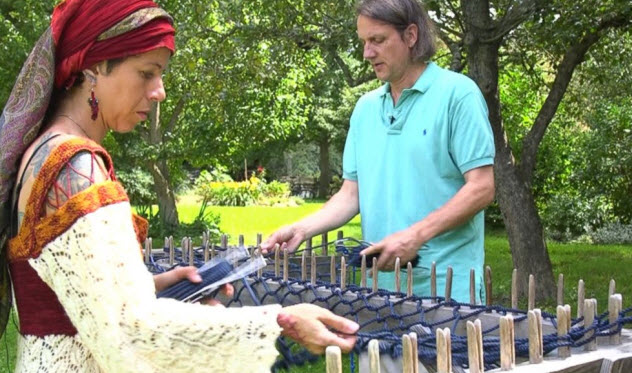 In 1967, a small group of communitarians decided to build a society based on the values of egalitarianism and sustainability. Based upon 400 acres of land in Virginia, the community engages in activities such as gardening and making hammocks. Then they pool the resources they obtain from agriculture and the money they receive from selling items such as the hammocks. All the bikes, automobiles, computers, and recreational facilities thus purchased are owned by the community, and all items are available for general use. 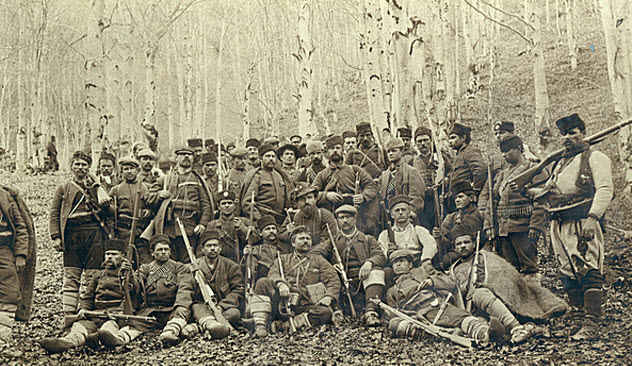 The Strandzha Commune in Bulgaria was an anarchist society that was proclaimed on August 18, 1903, and led by Mihail Gerdzhikov, a guerilla commander in the Internal Macedonian Adrianople Revolutionary Organization. Gerdzhikov’s army, which only numbered around 2,000 strong, managed to establish a provisional government in the Strandzha Mountains while facing a Turkish opposition of 10,500 soldiers.

Within the commune, a communitarian system was established and resources were distributed evenly according to need. The short-lived commune was defeated by Ottoman forces only one month later on September 8, 1903. 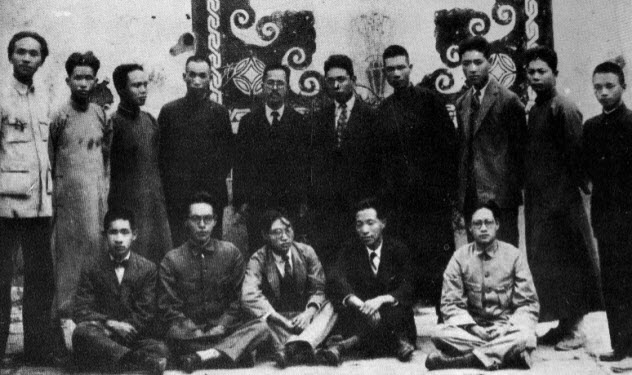 In 1924, the Korean Anarchist Communist Federation (KACF) began to foster the ongoing creation of anarchist labor unions and promoted anti-imperialist sentiment in China. Five years later, the KACF declared the Shinmin province to be independent from China and immediately sought to establish a decentralized form of control within the area.

Like other anarchist societies, the KACF adopted a loose association of councils that were created specifically for areas, districts, and villages. These councils cooperated with each other and decided individually on matters such as agriculture, finance, education, and other important community decisions. However, due to Imperial Japan’s attempts to conquer the region and Stalin’s attempts to overthrow it, the federation was finally overturned in 1931. 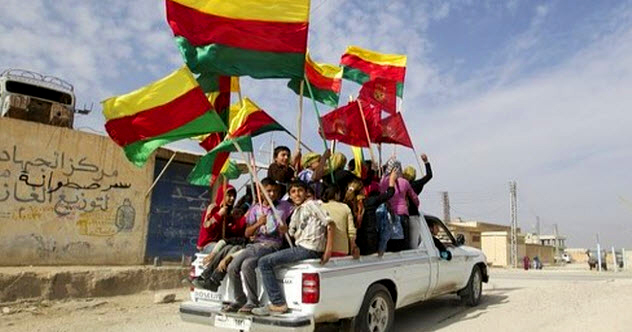 Although not technically an anarchist society, Rojava (aka the Federation of Northern Syria) is a de facto autonomous zone which has been able to govern itself separately from the official Syrian government since Rojava declared autonomy in November 2013. Although the official political system of Rojava is described as libertarian socialism, the state is also influenced by anarchist principles.

Rojava has taken its ideals from Vermont philosopher Murray Bookchin who proposed that the ideal nation-state should enact “libertarian municipalism.” Essentially, this creates assemblies of people who vote for issues on a local level and execute them within their communities. Abdullah Ocalan, an influential member of the Kurdistan Workers Party, ordered his followers to create these municipal assemblies, eventually developing into the system that is currently followed. 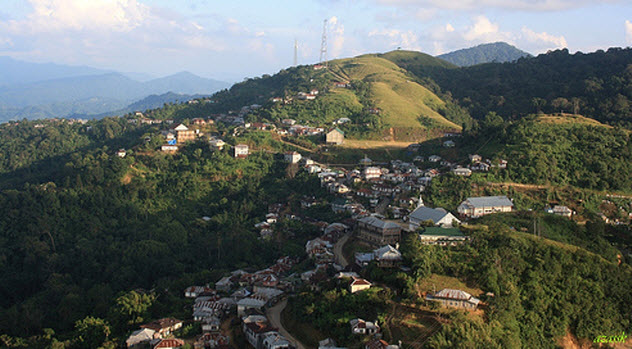 Stretching from the Vietnamese highlands and Tibetan plateau to Afghanistan, Zomia is a geographical region with a population of 100 million people whose name was coined by Willem van Schendel of the University of Amsterdam in 2002. Zomia is seen by some political scientists, such as Yale political scientist James Scott, as a rejection of the modern-day state and an example of an anarchist society in action.

In this region of the world, states such as China and Vietnam do not have control of these “out-of-reach” areas, and as a result, they are left to largely govern themselves. These cultures tend to be fiercely nonhierarchical with rules such as the Wa’s that limit the amount of wealth and power one can display.

Scott also argues that this anarchist society was formed as a result of people fleeing from more traditional nation-state structures to gain more freedom. In one instance, he argues that the lack of written language within Zomia was a conscious choice by the natives because of the inherent bureaucracy that can arise from it. 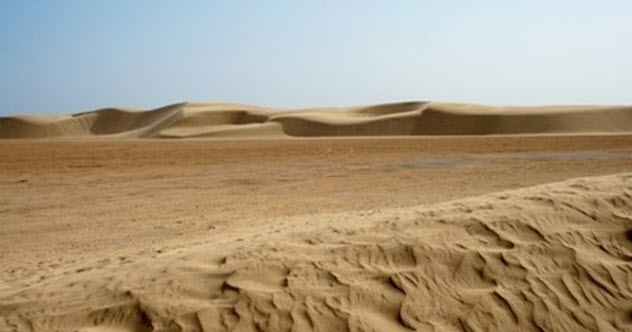 Although not technically a state or society, the Bir Tawil Triangle is one of the few areas of the world that is not claimed by a recognized nation-state and, therefore, is effectively a lawless region with no government. This anomaly occurred when the British signed an agreement with the Egyptians stating that the new British colony of Sudan would have a border with Egypt along the 22nd parallel.

When Sudan achieved independence in 1956, the government claimed the administrative border as its official border while Egypt claimed the 22nd parallel as its border. This created a discrepancy whereby both nations claimed the more valuable Hala’ib region while neither claimed the Bir Tawil Triangle.

As a result, the land is officially lawless and is one of the few places where no government claims to exert control. Perhaps this spot would be an ideal place for anarchists to try to implement their ideas without needing to provoke another nearby government.

Eamon is a rising junior who enjoys writing about history and learning about politics.