Whether you call them ISIS, ISIL, Islamic State, Da’ash, or just terrorists, the Islamic Group claiming to have found a new caliphate in Syria and Iraq has been on a mission of cultural annihilation since it first began sweeping across the Middle East. Their reason for this destructive behavior is their strict adherence to Salafism, which places monotheism above all polytheistic religions. ISIL believes that these temples, cities, and archaeological sites should be destroyed in accordance with their perverted beliefs. 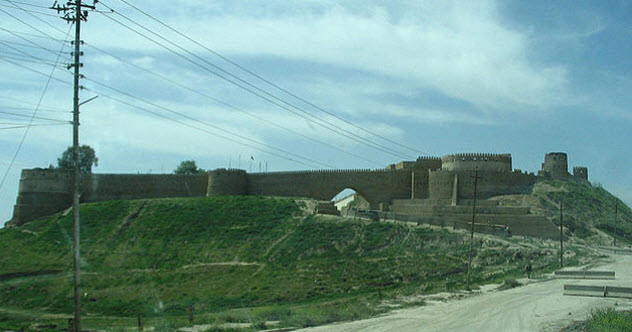 Built by the Ottoman Empire, the Tal Afar Citadel was recently used by US forces as a base of operations in the Battle of Tal Afar in 2005. Sitting atop a hill, the citadel had overlooked the city since the earliest days of the Ottoman Empire—likely to secure the city.

In 2014, the citadel was taken by the Islamic State. They used it as a prison for women who were to be forcibly married to ISIL personnel or to be sold as sex slaves. ISIL executed more than 150 women who refused to take part in the forced marriages.

On December 31, 2014, ISIL blew up several sections of the northern and western walls. Members of the Islamic State excavated several areas within the site, presumably to look for artifacts they could sell or subsequently destroy. 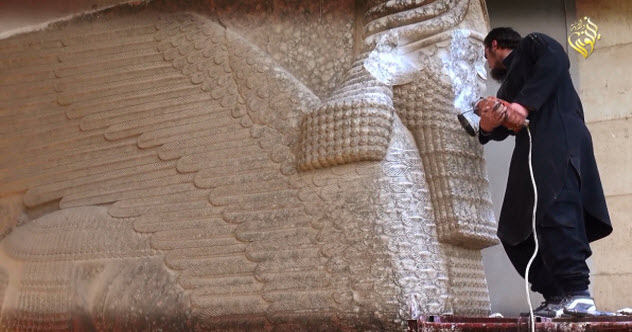 Nineveh, one of the oldest cities in antiquity, has been around for more than 8,000 years. That didn’t stop the Islamic State from destroying the city’s most important archaeological find: the lamassu. These sculptures of winged bulls with human heads stood guard at the wall of the ancient city.

Using sledgehammers and drills, members of ISIS quickly destroyed these ancient artifacts. Lamassu was an Assyrian deity who protected cities, so these sculptures were usually placed at the entrances to cities and palaces.

Some lamassu had been moved to outside museums, but those destroyed by the Islamic State at the Nineveh wall were truly representative of Assyrian culture and had been there for thousands of years. Large portions of the wall were also rigged with explosives and destroyed. 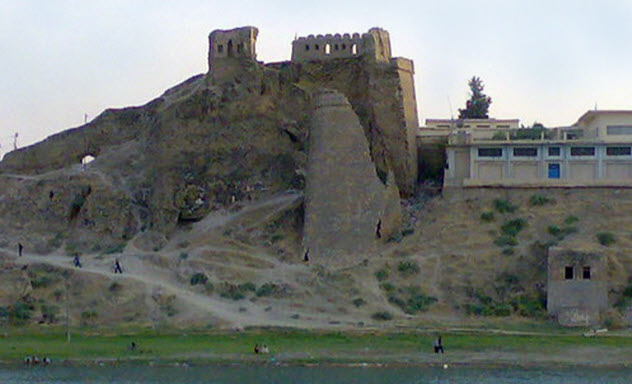 Built in the 12th century as one of Mosul’s seven castles, Bash Tapia Castle stood through numerous sieges and battles before finally succumbing to the ravages of the Islamic State in April 2015. Unlike other sites destroyed by ISIL, there were no polytheistic statues or markings at the castle.

The Islamic State destroyed the site because it did not uphold “Islamic principles.” The castle contained some of the few examples of Mosul’s ancient city walls and was a popular tourist destination before the US invasion of Iraq in 2003.

7 The Central Library Of Mosul 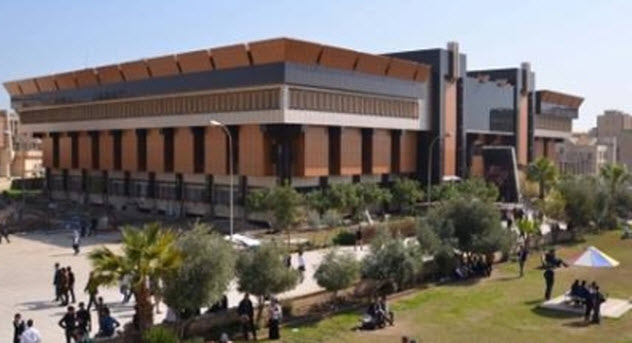 Continuing their campaign to rid the world of everything non-Islamic, ISIL has laid waste to the libraries of Mosul. The Central Library of Mosul was completely destroyed while the library at the University of Mosul and others were looted for anything considered to be non-Islamic. Then they were burned.

The loss of human knowledge is immense, with some items dating back 7,000 years. Parts of the library had been damaged and destroyed during the US invasion of Iraq in 2003. But several wealthy patrons had purchased looted manuscripts and books and helped to rebuild the facility to its former glory.

Some elderly citizens stood outside the library pleading with the militants to spare it. One militant responded, “These books promote infidelity and call for disobeying Allah, so they will be burned.” Among the items lost were 8,000 rare books and manuscripts that can never be replaced.

6 Mosque Of The Prophet Yunus 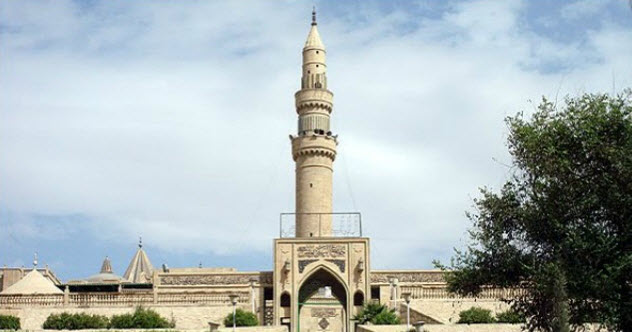 The prophet Yunus is best known to the Western world as Jonah, the biblical figure who was swallowed by a whale. After the Mosque of the Prophet Yunus was seized by Islamic State militants, it was completely destroyed by several explosive devices placed inside. Members of ISIL proclaimed that “the mosque had become a place for apostasy, not prayer.”

The mosque had stood for more than 1,400 years. It was originally built as an Assyrian church in the ruins of Nineveh. Inside, there was a sepulcher covered in carpets and adorned with many items, including a whale’s tooth in honor of Jonah.

Jonah was believed to have been enshrined within the tomb. Although theologians from the Jewish, Christian, and Islamic faiths have debated the legitimacy of the tomb, it was a revered location to all faiths for centuries. 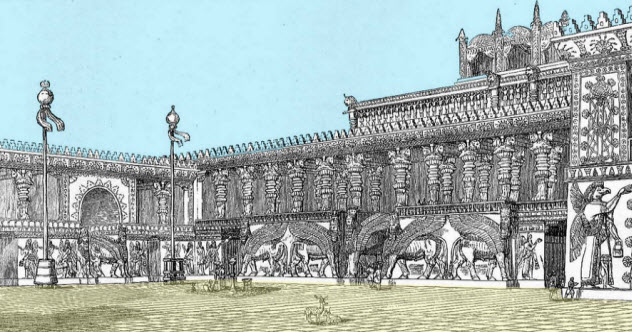 The city of Dur-Sharrukin (present-day Khorsabad) stood as the capital of Assyria under the reign of King Sargon II from 722 BC to 705 BC. It was an important historic and archaeological site for Assyrian art and architecture.

The city was built specifically for the reign of Sargon II and was abandoned shortly after his death. Fortunately, many of its artifacts had been moved to museums in Baghdad, Paris, London, and Chicago. But some had also gone to the Mosul Museum and were destroyed by the Islamic State.

The study of this site had shed light on ancient Assyrian culture. But due to the polytheistic beliefs of the Assyrians, the Islamic State completely razed the site in March 2015. 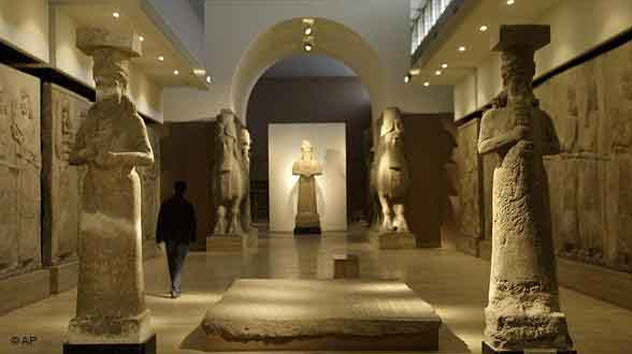 Shortly after they took the city, ISIL began to pillage the Mosul Museum of anything related to polytheism. The most prevalent artifacts were those attributed to the Assyrian Empire and the ancient city of Hatra. These included a granite lamassu at the Nergal Gate of Nineveh, which had been moved to the museum after it was discovered in the 1940s.

According to the National Museum of Iraq, everything potentially destroyed in the Mosul Museum was original except for four items made of gypsum, which were copies. Prior to the taking of Mosul, the Iraqi government saw the possibility of losing the city and moved most of the artifacts to Baghdad to ensure their safety.

This left only 300 pieces in the museum when the Islamic State raided and destroyed it. Most of the remaining items were Assyrian pieces that were too large to move—like a well-preserved lamassu—which the militants quickly destroyed. 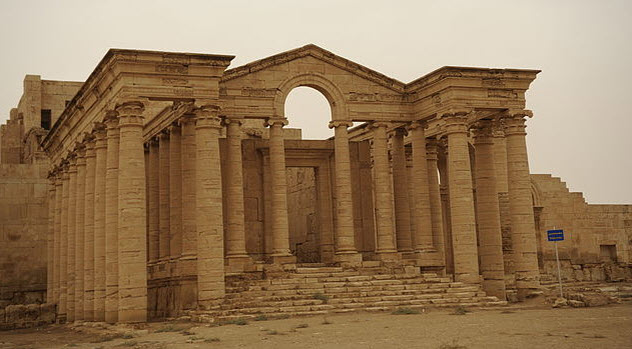 The city of Hatra, built in the second or third century BC by the Seleucid Empire, has been named by UNESCO as a World Heritage Site. Although the site had been preserved throughout the past 1,400 years by numerous Islamic empires, ISIL decided that it was against Islamic values and had to be destroyed.

They gathered up several artifacts and then bulldozed nearly every remaining structure within the city. Local reports have indicated that the entire city was destroyed. The Islamic State claimed that the various shrines and statues within the city represented “false idols” that needed to be cleansed.

Many of the destroyed statues were representations of gods such as Apollo and Poseidon. The site housed artifacts from numerous cultures, and its loss is tremendous to the international community. Representatives from UNESCO have called the destruction of Hatra a war crime. 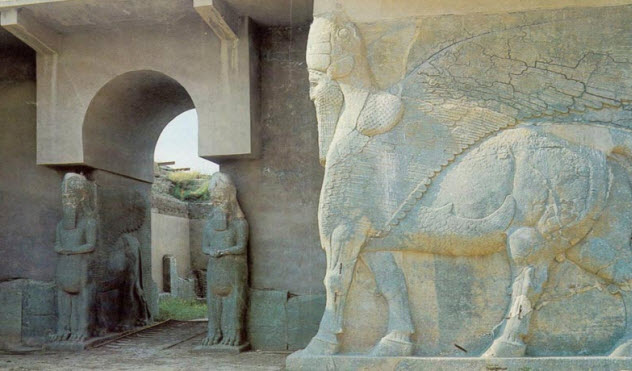 The city of Nimrud was established by the Assyrian Empire more than 3,200 years ago and contained many artifacts associated with that lost empire. Several lamassu statues were destroyed with sledgehammers, and most of the site was completely demolished by bulldozers.

The Islamic State captured everything on video and posted it on YouTube for the world to see. The city, like many ancient landmarks associated with polytheistic societies, was destroyed in early 2015. 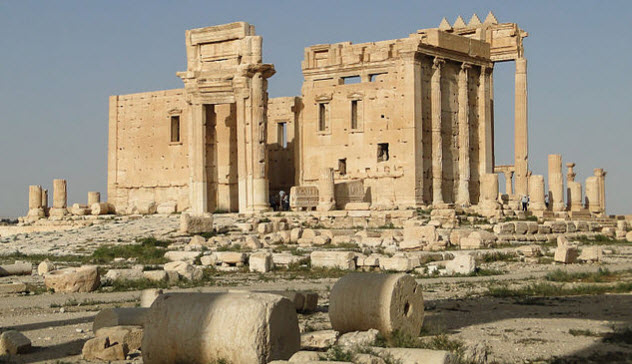 Probably the most ancient site destroyed by ISIL, the city of Palmyra had shown evidence of human settlement as far back as the Neolithic Period. First documented in historical records more than 4,000 years ago, Palmyra housed some truly spectacular ruins such as the Temple of Bel (pictured) and the Great Colonnade.

While in the hands of ISIL, the major buildings were all destroyed, including the Temples of Bel and Baalshamin, the Great Colonnade, the Arch of Triumph, and even remnants of the city’s walls. UNESCO declared the destruction of the World Heritage Site as a war crime.

The Islamic State also destroyed every exhibit in the Palmyra Museum. They took sledgehammers to each statue, bust, and relief on the walls of the museum and either destroyed the heads or knocked them off the wall and smashed them into bits.