Numerous ancient civilizations around the world were advanced and highly civilized. Some are very popular and well-studied like the Egyptians while others remain obscure like the Garamantes. As scholars make new discoveries, our understanding of ancient civilizations will deepen—dispelling myths, correcting inaccurate information, and eliciting more respect and admiration.

10 Earthquake Caused The Disappearance Of The Sanxingdui Civilization 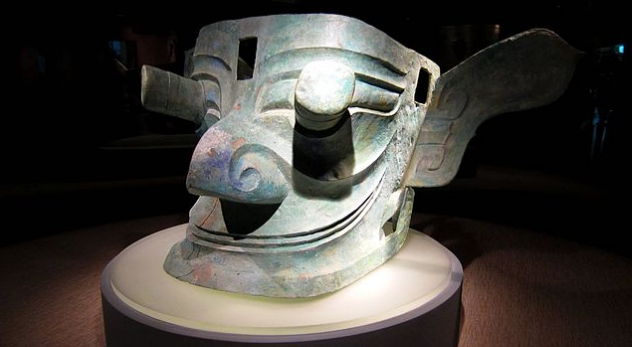 Sanxingdui is an ancient Chinese civilization and settlement that flourished in the Sichuan Province of China. For thousands of years, this advanced culture was lost. It was only rediscovered in 1929 when a peasant found jade and stone artifacts while repairing a sewage ditch.

The two prevailing theories about Sanxingdui’s mysterious disappearance are war and flood. However, Niannian Fan from Tsinghua University in Chengdu, China, found these theories to be “not very convincing.” In 2014, he published research that details how an earthquake caused the Sanxingdui civilization to disappear.

According to Fan’s study, a massive earthquake almost 3,000 years ago “caused catastrophic landslides [that] rerouted the flow of [Sanxingdui’s] river.” The inhabitants simply moved closer to the new river flow. This theory is supported by historical records of earthquakes that occurred near Sanxingdui. Fan believes that the inhabitants relocated to Jinsha after the river was rerouted.

9 War Was Important For The Minoans 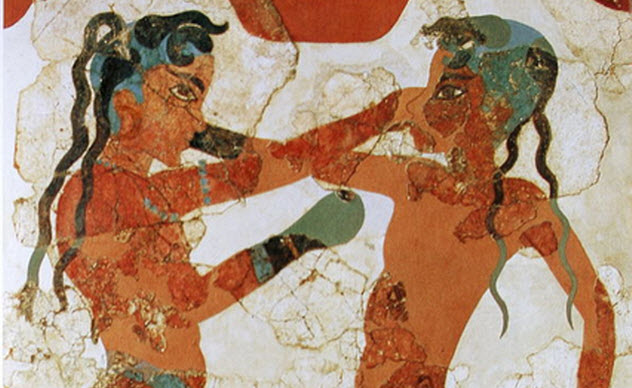 Contrary to popular belief, the Minoans, who prospered on Crete during the Bronze Age, were not a peace-loving people. Ever since they were rediscovered over a century ago, the Minoans were regarded as “a paradigm of a society that was devoid of war, where warriors and violence were shunned.”

However, new research conducted by archaeologist Barry Molloy of the University of Sheffield revealed that war played an important role in the Minoan society. Molloy arrived at this conclusion after discovering numerous pieces of evidence depicting violence in the material remains and symbolic grammar of ancient Crete.

In addition, Molloy’s research showed that one of the primary expressions of Minoan male identity was warrior identity. Also, many weapons that dominated Europe until the Middle Ages, such as spears and swords, may have originated from the Minoan civilization.

8 The Minoans Were Indigenous Europeans 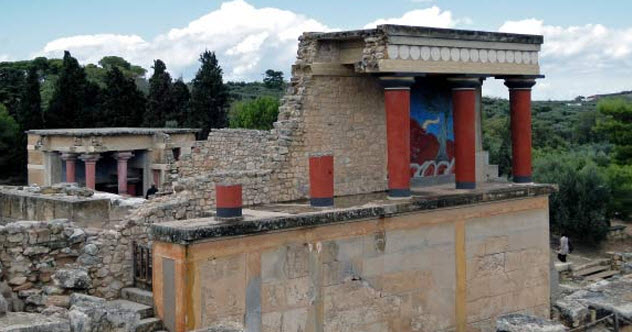 For many years, the origin of the ancient Minoan civilization was fiercely debated by scholars. Some suggested that they originated from Africa, specifically Egypt and Libya. Others believed that they came from the Middle East and Anatolia. In 2013, this debate was finally put to rest when Professor George Stamatoyannopoulos from the University of Washington published a study that revealed that the ancient Minoans were indigenous Europeans.

Stamatoyannopoulos analyzed the mitochondrial DNA of 37 ancient Minoans whose remains were discovered in a cave on the eastern portion of Crete. His analyses revealed that the Minoan civilization was genetically distant from the peoples of North Africa and the Middle East. More importantly, the results showed that “ancient Minoan DNA was most similar to populations from western and northern Europe.” 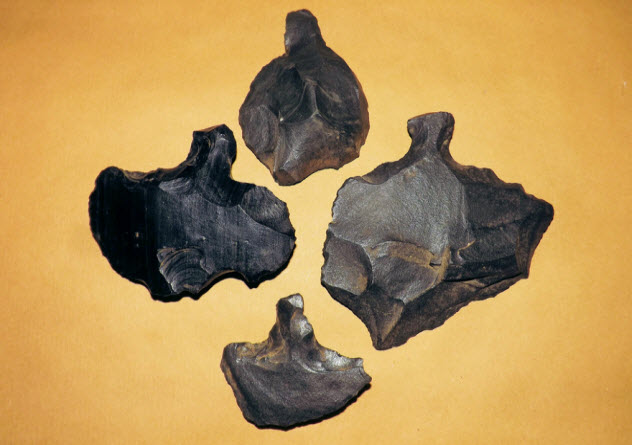 One of the most enduring mysteries of the ancient civilization that flourished in Rapa Nui, Chile, beginning in the 13th century is the cause of its collapse. The theory that many scientists believe and propagate involves massive infighting among the inhabitants caused by dwindling resources. This theory is supported by the thousands of triangular objects known as mata’a that are found all over the island. Scientists believe that these objects were used as weapons by the inhabitants.

However, a new analysis of the mata’a by anthropologist Carl Lipo of Binghamton University and his team revealed that these so-called triangular weapons were not “used in warfare after all.”

They arrived at this controversial conclusion after using a technique known as morphometrics to analyze “the shape variability of a photo set of [more than 400] mata’a.” According to Lipo, the mata’a were used by the inhabitants not as weapons but as cultivation tools for domestic activities or tattooing.

6 Climate Change Caused The Collapse Of The Harappan Civilization 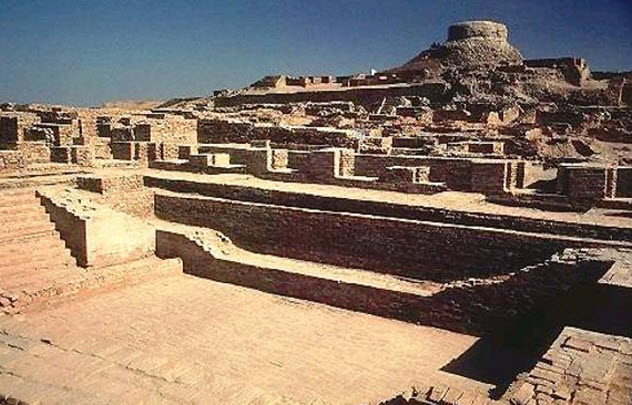 Of all the first great urban civilizations in the world, the Harappan civilization is the least known. This is quite surprising considering the fact that this obscure society was bigger, more populous, more democratic, and more sophisticated than ancient Egypt and Mesopotamia. At its peak, the Harappan civilization extended over 1 million square kilometers (390,000 mi2), encompassing lands that now belong to India, Bangladesh, Nepal, and Pakistan.

About 4,000 years ago, this great civilization mysteriously collapsed. The cause remained a mystery until recently.

Liviu Giosan, a geologist from Woods Hole Oceanographic Institution in Massachusetts, and his team recreated the landscape of the rivers and plains where the Harappan civilization flourished. They discovered that ancient climate change caused the monsoon-based rivers supporting the agriculture of the Harappan civilization to dry up. As a result, big cities collapsed and the inhabitants migrated to the East, specifically “toward the Ganges basin, where monsoon rains remained reliable.”

5 Elite Women Made The Beer In The Wari Civilization 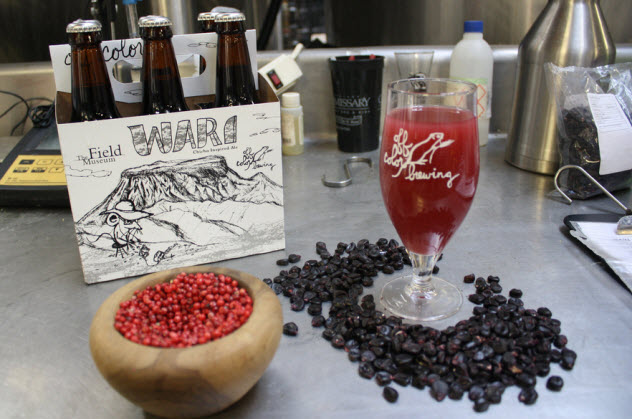 The Wari, an ancient civilization that predated the Incas, flourished for hundreds of years in the Andes Mountains of Peru before their society collapsed. In 2005, a study conducted by researchers from the University of Florida and the Field Museum revealed that the beer makers of the Wari Empire were women.

More strikingly, the researchers found that the female brewers were neither slaves nor women of low status. Instead, they were elite, beautiful women. This finding proves “that women played a more crucial role in ancient Andean societies than history books have stated.”

The beer prepared by the elite female brewers 1,000 years ago was called chicha. It was made from Peruvian peppertree berries and corn.

4 The Garamantes Were Highly Civilized 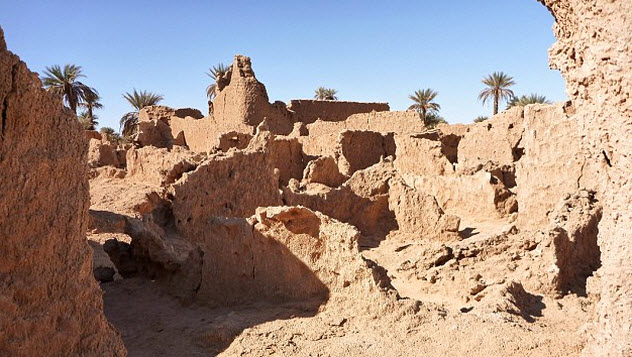 The Garamantes are an ancient civilization that flourished in what is now modern-day Libya. Most of what scholars know about this mysterious society comes from Roman accounts, which described them as “barbaric nomads and troublemakers on the edge of the Roman Empire.” However, a new discovery reveals that the Garamantes civilization was actually advanced and historically more important than previously thought.

In 2011, a team of researchers led by archaeologist David Mattingly from the University of Leicester discovered more than 100 fortified farms, towns, and villages with castlelike structures in Libya that date from AD 1 to AD 500.

Contrary to what the Romans had suggested, these structures and settlements prove that the Garamantes were highly civilized. They opened up the trans-Saharan trade and were pioneers of building oases. The researchers made this remarkable discovery after examining air photographs and satellite images.

3 The Nazca Civilization Caused Its Own Demise 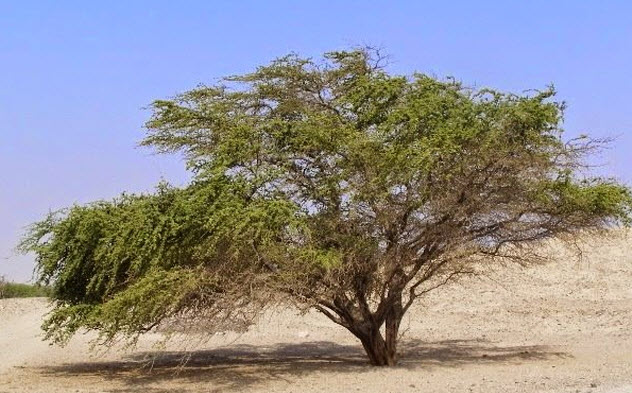 The Nazca is perhaps one of the most mysterious civilizations in the history of mankind. Around 1,500 years ago, this advanced society in Peru mysteriously collapsed. Scientists have suggested a massive El Nino event as the culprit. However, new research shows that massive deforestation also played a key role in the demise of the Nazca civilization.

Archaeologist David Beresford-Jones of Cambridge University discovered that the ancient Nazca cut down native huarango trees to plant maize, cotton, and other crops. The huarango trees played important roles in the desert environment of the Nazca. These trees enhanced moisture and soil fertility, provided shade from the scorching heat of the desert, and underpinned the floodplain.

The cutting down of the huarango trees caused irreversible damage to the environment. When the massive El Nino occurred, the huarango trees were no longer there to prevent or reduce flooding. As a result, the floods damaged the irrigation systems, leaving the Nazca with an area unworkable for agriculture.

2 Child Sacrifice Was Practiced By The Carthaginians 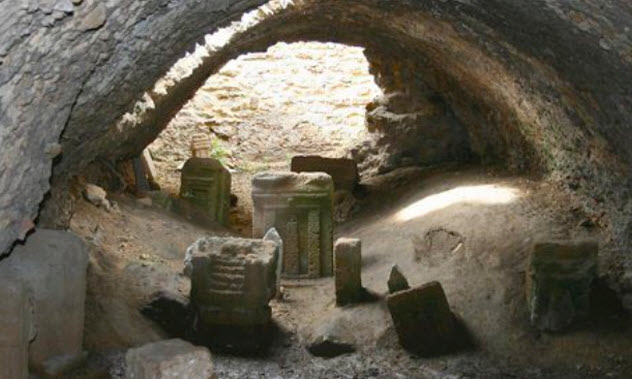 For decades, scholars have debated whether the people of ancient Carthage, who existed from 800 BC to 146 BC, practiced child sacrifice. The notion that the ancient Carthaginians did not engage in this cruel practice was propagated by scholars from Italy and Tunisia during the 20th century.

They argued that the Greeks and Romans were behind this “racist anti-Carthaginian propaganda.” They also suggested that the tophets—ancient burial grounds where the skeletons were found—were simply child cemeteries.

However, collaborative research carried out by academics from various institutions around the world, such as Oxford University, slams this misguided interpretation. According to the study, the overwhelming amount of archaeological, literary, documentary, historical, and epigraphic evidence points to the fact that Carthaginian parents did sacrifice their own children to the gods. 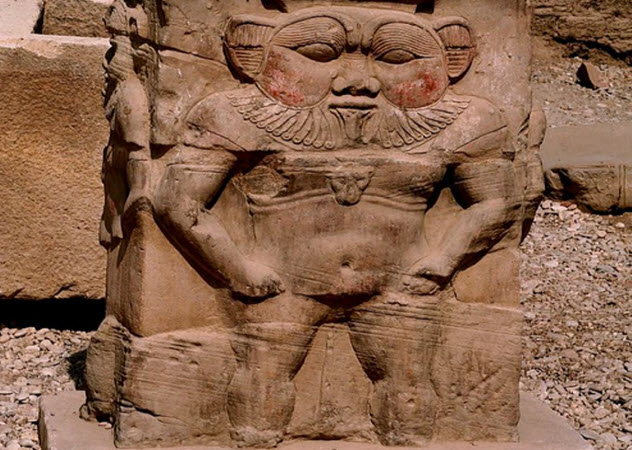 In 2005, a study published in the American Journal of Medical Genetics showed that the ancient Egyptians held dwarfs in high esteem, possibly as far back as 4500 BC. These researchers from Georgetown University Hospital arrived at this conclusion after examining artistic evidence and biological remains of dwarfism in ancient Egypt.

They discovered an overwhelming number of dwarf images on vase paintings, statues, tomb walls, and other art forms. The images portrayed dwarfs as “personal attendants, overseers of linen, people who looked after animals, jewelers, dancers, and entertainers.”

In addition, the researchers found that several dwarfs held important positions and were revered enough to be buried in lavish burial sites in the royal cemetery. The study concluded that dwarfism “was never shown as a physical handicap” in ancient Egypt. 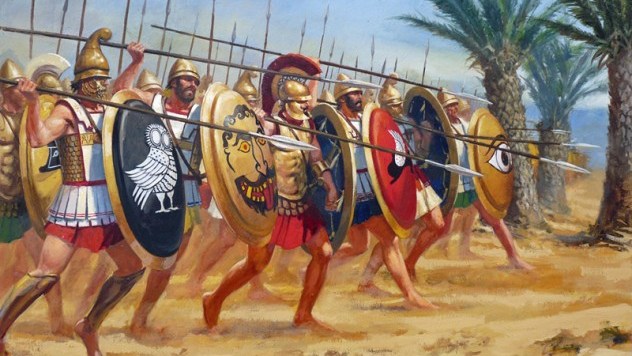 Ancient history is a fascinating topic that covers hundreds of categories. Needless to say Listverse has done a pretty good job of writing about them all. Here are a few more that you’ll definitely want to read: