Falling in love might be easy, but maintaining that relationship isn’t necessarily simple. It’s even harder when the whole world seems to be out to get you. In these cases, that is exactly what these couples were facing. 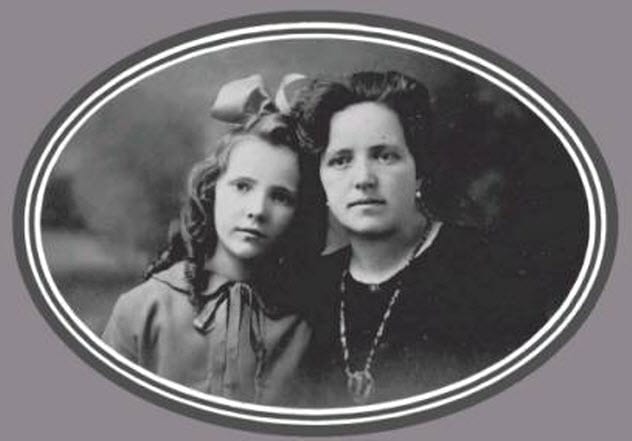 In August 1914, Robert Digby and a handful of British and Irish soldiers were separated from their unit by enemy lines. Wounded and alone, the soldiers took refuge in the French village of Villeret, where Digby met and fell in love with a farmer’s daughter named Claire Dessenne.

Hiding the soldiers from occupying Germans, the villagers brought the soldiers food, disguised them as locals, taught them French, and accepted the soldiers as their own. Three of the soldiers escaped to England. Digby was one of the four who did not.

It remains unclear just what happened. But the remaining soldiers were likely betrayed by one of the villagers, who may have been afraid of being executed for sheltering the Brits. The four soldiers were captured and executed by firing squad. Digby’s daughter, Helene, was six months old at the time. 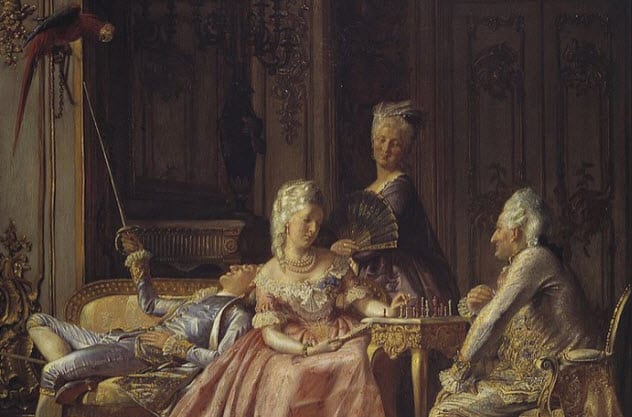 By 1771, fake Danish kroner sported a design that looked suspiciously like a part of the female anatomy. It was in reference to Queen Caroline Mathilde and her lover, Johann Friedrich Struensee, who was the king’s physician. With King Christian VII almost completely mad, the queen had replaced him as acting ruler of Denmark. In the bedroom, she had replaced him with Struensee.

As the de facto rulers, Queen Caroline and Struensee established over 2,200 new laws between 1769 and 1772. Meanwhile, Caroline gave birth to Struensee’s daughter.

In 1772, angry nobility conspired with Queen Dowager Juliane Marie and dissolved Caroline’s marriage to the king on grounds of infidelity. Struensee was found guilty of treason and executed. Caroline signed a confession to the affair and died of scarlet fever in 1775. 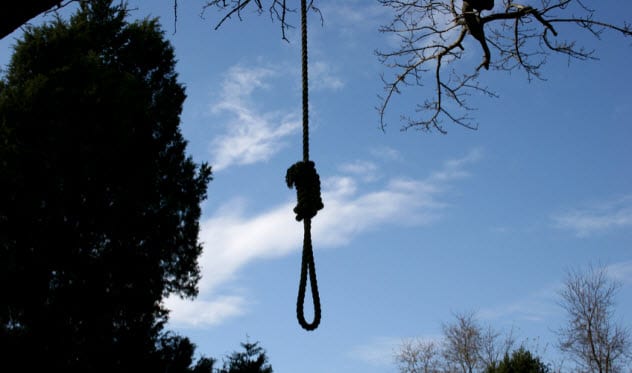 In the 18th century, British laws against homosexual relations combined the punishment for sodomy with the punishments for rape and polygamy. The law even claimed that “buggery” was a sin brought to England from Italy.

In September 1781, John Burke and Benjamin Loveday were convicted of sodomy and sentenced to be hanged. They became Bristol’s last executions for homosexuality, and we know only a bit about them.

According to Bristol newspapers, Loveday was first sent to Newgate in July 1781. He and Burke were convicted in September, and the papers reported that the evidence was too graphic to print. Daily updates described the two men as decent, solemn, and declaring their innocence on their way to the hanging tree. 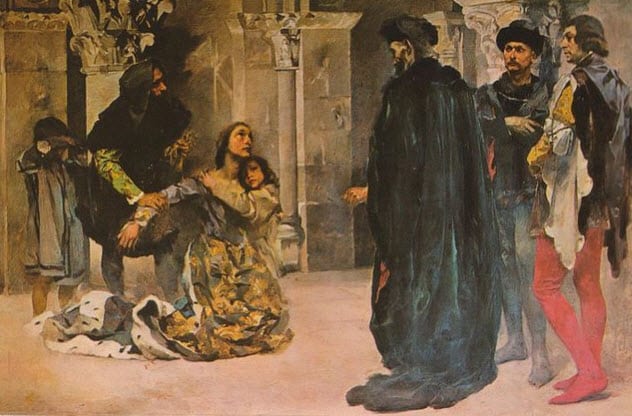 Unfortunately, the crown prince had fallen in love with Ines, and the two started a passionate affair. Even banishing Ines from the court didn’t stop the affair.

When Constanza died in 1345 after giving birth to a third child, Ines returned. She gave Pedro four more children. But moving Ines back to Portugal kicked off several attempts to remove Pedro from the line of succession. Finally, his father, King Alfonso IV, had Ines executed by three royal courtiers.

After his father died and Pedro became king, he executed two of Ines’s assassins by having their hearts ripped out. The third assassin escaped. King Pedro later had Ines declared his legitimate wife and buried her with full honors. 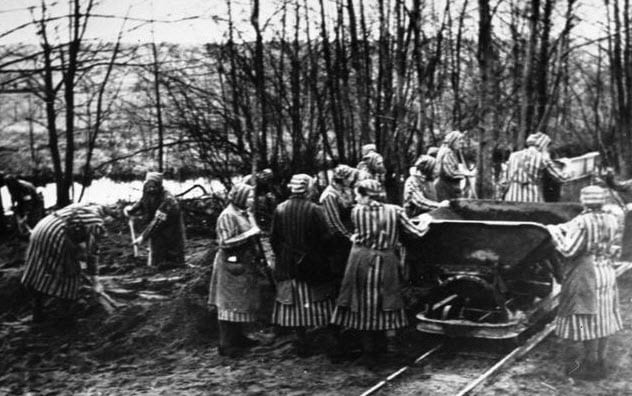 The tragedy is that the love affair between Maria K. and Florian Sp. never happened.

In 1941, Maria became one of the so-called “dishonorable German girls,” condemned for allowing herself to be defiled by someone who was racially inferior. Heinrich Himmler’s 1940 declaration stated that German citizens who entered romantic relationships with Polish people were to be arrested. Maria was denounced after neighbors raised questions about her family’s help.

A landlord had sent Florian to help Maria’s sister-in-law take care of Maria and her orphaned siblings. There was nothing untoward going on. Years later, Maria would remember Florian as someone they trusted.

After a confession was beaten out of her by a Gestapo officer, Maria was sent to a branch of the Ravensbruck concentration camp. Florian was executed. 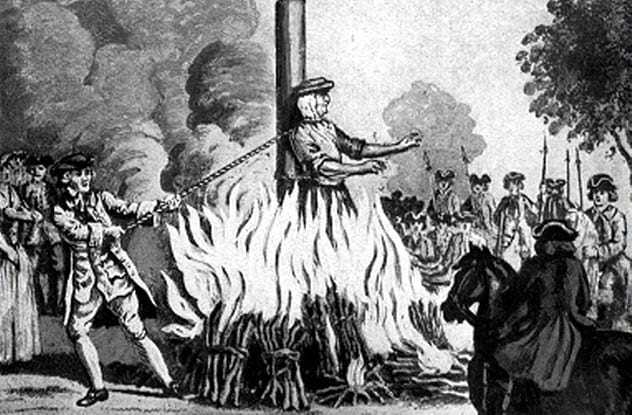 After John Beddingfield hired 19-year-old Richard Ringe to help on the farm, John’s wife, Ann, started an affair with the younger man. But her poor judgment in telling the servants that she would soon need mourning clothes came back to haunt her.

Ringe approached the same servants and asked them to mix the poison he had purchased into their master’s morning rum. When no one complied, Ringe eventually strangled John Beddingfield in the middle of the night while Ann slept in another room with a maid.

Bizarrely, the death was first ruled as one of natural causes. Several weeks later—after she had been paid her wages—a servant girl who had been in the middle of the drama from the beginning went to the authorities.

Ann Beddingfield and Richard Ringe were executed on April 8, 1763. Rich, beautiful, and recently orphaned, 15-year-old Angelique-Nicole Carlier had a number of suitors when she headed to Paris in 1672. She eventually married Claude Tiquet, who wooed her with the promise of a fortune that he absolutely did not have.

Trapped in a marriage with no money, Angelique-Nicole was rumored to be engaging in a series of extramarital affairs. It became so bad that the king granted Claude a warrant for her arrest, but she simply burned it.

In 1699, Claude was assaulted in the streets by would-be assassins. But he survived, and Angelique-Nicole was arrested the following day.

Aided by her coerced confession, she and her porter were found guilty of attempted murder. After her porter was hanged, Angelique-Nicole was beheaded—badly. When the first few swings failed to sever her head completely, the resulting riot led to several people dying in the chaos. 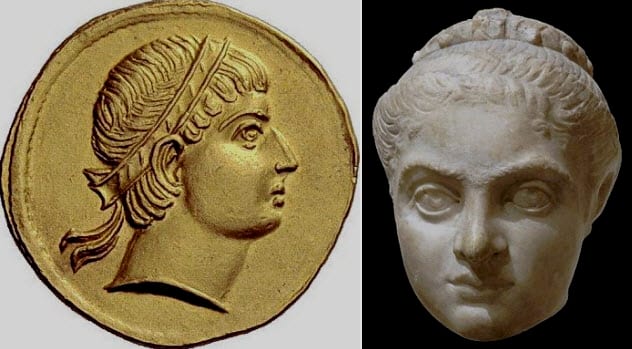 Crispus was the son of Constantine the Great and a concubine. Later, the Roman emperor would marry another woman, Fausta, to ally their two families through marriage. But history is fuzzy about what happened next.

According to the popular story, Fausta threw away her position at court—which had been made secure by the three sons she had given Constantine—to start an affair with her stepson, Crispus. He refused and told Constantine what was going on.

Rumors started flying, including one that Fausta’s amorous attentions were directed toward a slave. Then it gets even hazier. Crispus was executed in 326, and Fausta’s death in a bath followed soon afterward. Her name was erased from the public record, and it was a long way to fall for a beloved queen who once had her image on everything from coins and medallions to busts and statues. 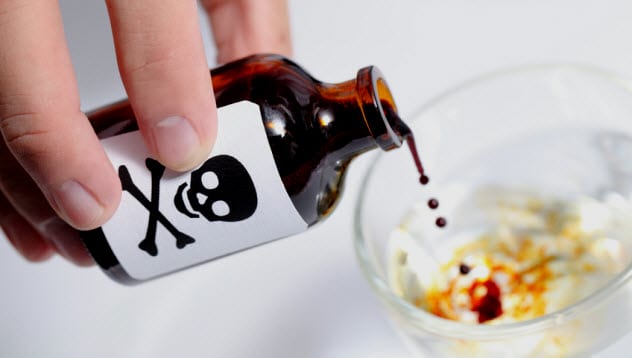 Augusta Fullam and Henry Clark met in India in 1911, and both were married. After exchanging a series of letters that would later help seal their fate, they started getting rid of their respective spouses.

Clark, a physician, picked out a poison that Fullam administered to her husband. After Fullam’s husband survived several poisoning attempts, Clark gave him a fatal injection of another poison. Then Clark signed the death certificate, listing heatstroke as the cause of death. That left Clark’s wife, and she was killed via the sword when four men broke into her home.

Authorities got suspicious when Clark’s alibi for the night was Augusta Fullam. When they questioned her, the authorities became more suspicious. A search of her home turned up all the letters exchanged by the lovers, and both were found guilty of murder. Clark was executed, and Fullam died in prison after giving birth to their child.

The cause of death? Heatstroke. In 1868, Irish-born Andrew George Scott moved to Australia via New Zealand and worked as a lay preacher. After providing a fake alibi for a member of the congregation who had been accused of stealing cattle, Scott became a bushranger who preferred to be known as Captain Moonlite.

Captain Moonlite terrorized the area as a notorious hustler and highwayman. While in prison, he met James Nesbitt with whom he began a deeply romantic relationship. Both completely failed in their attempts to find honest work when they were released. Miserable and starving, they held up a cattle station. Nesbitt and a police constable were killed, and Scott was sentenced to execution.

Wearing a ring made from Nesbitt’s hair while awaiting execution, Scott wrote, “I long to join him where there shall be no more parting.” 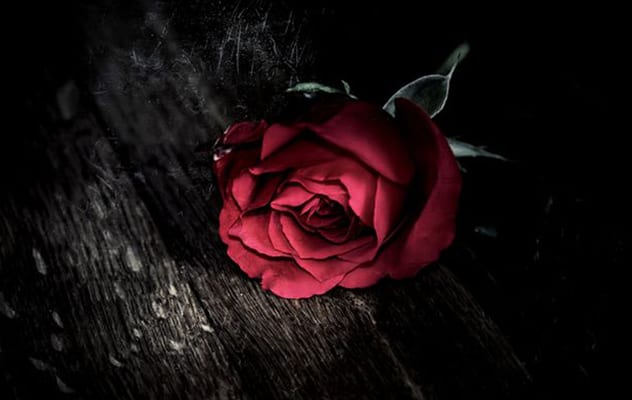 Ever since Romeo and Juliet we have been fascinated by tales of ill-fated or unrequited love. Here are a few more from the archives for your pleasure: