History is full of salacious moments, but most of them aren’t likely to make their way to a history class anytime soon. Fortunately, this is the perfect place to highlight naughty but overlooked moments from history. 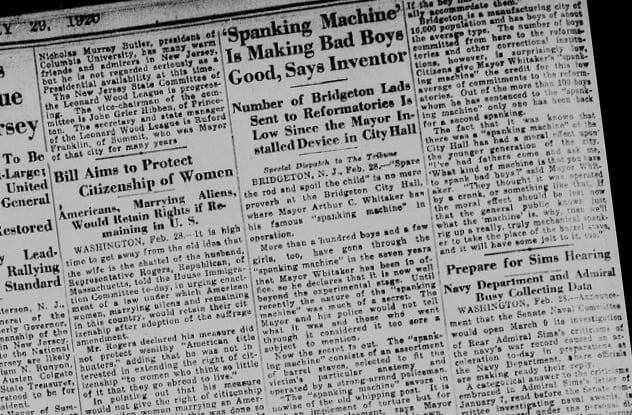 Spanking children isn’t the disciplinary measure it used to be. One New Jersey mayor was such a fan that he organized a special spanking squad for young criminal offenders.

Arthur C. Whitaker was mayor of Bridgeton, New Jersey, during the 1910s. He had an automated spanking machine installed at City Hall and sentenced young offenders to it instead of sending them to reformatory schools. Once he passed down sentence, the squad would carry it out. They could regulate the duration and intensity of the spanking based on the harshness of the crime.

According to Whitaker, over 100 boys and a few girls faced the machine during his seven years in office. He labeled the experiment a success, with parents even voluntarily bringing children to him when they misbehaved. Despite this, Whitaker still saw it fit to keep the device a secret while it was in operation.

9The Bawdy House Riots And The Whores Petition 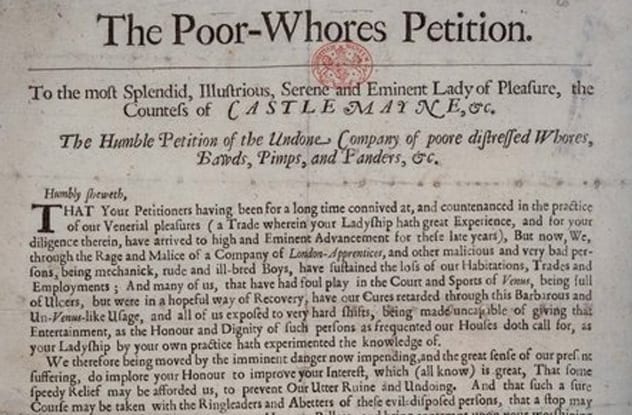 In 17th-century London, Shrove Tuesday riots were common. These occurred during Easter Week as the devout attacked places of ill-repute such as playhouses, taverns, and the like. They were usually let off without severe consequence, but that wasn’t the case in 1668. That year, King Charles II banned conventicles, which caused thousands of dissenters to unleash their fury on brothels. Samuel Pepys recorded the whole thing in his famous diary. That year, the ringleaders were tried for treason and four were drawn and quartered.

In response to the riot, several madams and their workers wrote “The Poor-Whores Petition” and addressed it to Countess of Castlemaine, the king’s mistress. It was a mocking letter that was widely distributed and openly referenced the king’s promiscuous ways as well as those of other high-profile courtesans. The letter ended with a plea to Lady Castlemaine to help her “sisters.” 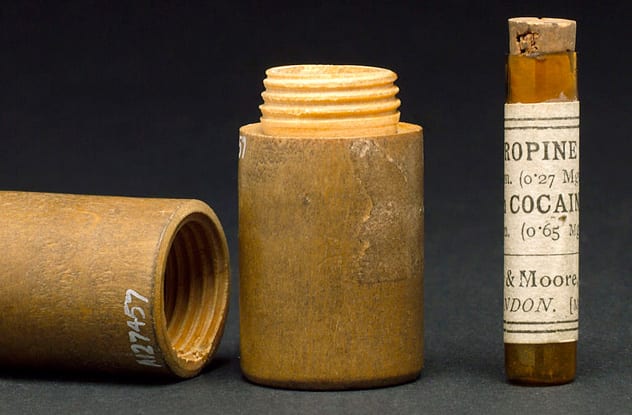 Historically, humans don’t have a stellar record when it comes to treating female-specific ailments. As far back as ancient Greece, vaginal pains were relieved using tampons soaked in opium and belladonna. And while you might expect this to be just another absurd ancient medical practice, similar techniques survived well into the 19th century.

When cocaine began being used as a surgical anesthetic in the mid-1800s, it often came in the form of an antiseptic tampon that was applied to bullet wounds. Toward the end of the century, cocaine was regarded as a valid treatment for gynecological illnesses, so women were prescribed cocaine tampons. Soon enough, cocaine absorbed vaginally became a panacea that could treat a wide range of ailments. These included inflammations, uterine diseases, cervical endometritis, painful childbirth, and even sore nipples. 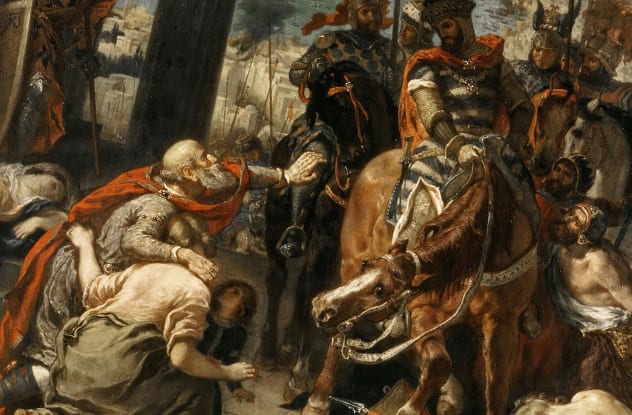 The Latin Empire of Constantinople is not well known today because it only lasted for about 50 years. After the Fourth Crusade, many crusaders led by Baldwin of Flanders mutinied against the Byzantine Empire, laid siege on Constantinople, and sacked the city in 1204. Baldwin proclaimed himself Emperor Baldwin I and declared his new Latin Empire as the true descendant of Rome.

The sacking of the city was recorded by Byzantine historian Niketas Choniates. He wrote how the crusaders plundered every religious artifact they found. They stole reliquaries, vessels, and utensils made of precious metals while breaking everything that wasn’t of monetary value. The sacred altar in the Hagia Sophia was broken down into small bits and distributed among the soldiers. Even so, Choniates considered the greatest desecration when the crusaders placed a naked prostitute on the patriarchal throne and had her sing and dance for entertainment. 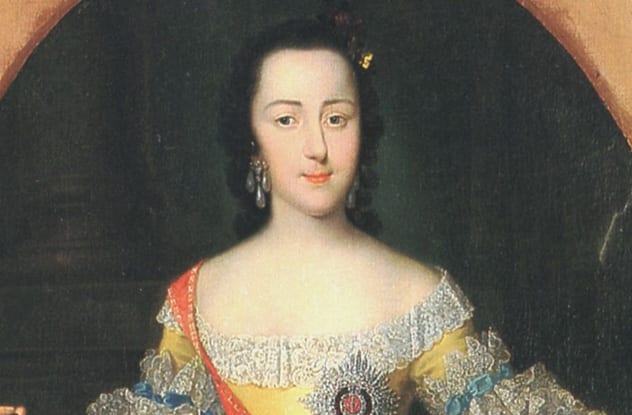 A lot has been said over the years about Catherine the Great’s sex life. The most famous myth about her involved the czarina dying while having sex with a horse. While that might not be true, it is true that Catherine had a rich love life with many courtiers. She also appointed official foot-ticklers who would pleasure her by tickling her feet while telling salacious stories or singing songs.

The ticklers were selected from women of aristocratic birth. It was a highly coveted position due to the intimate relationship they built with the czarina. The ticklers might even have been present during some of Catherine’s sexual dalliances and refreshed the czarina between sessions by tickling her feet or giving her a smack on the bottom. 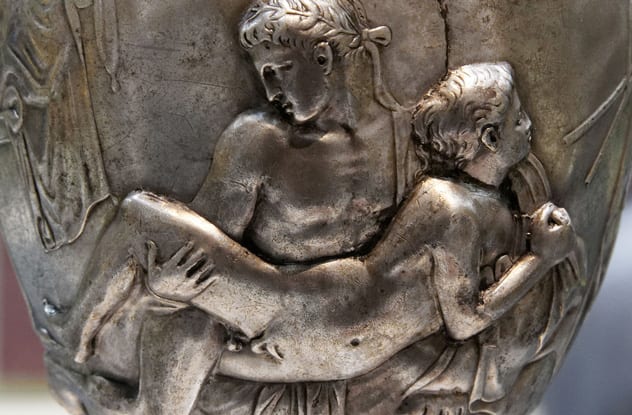 In 1865, the British Museum created the Secretum—a private section of the museum housing all the artifacts deemed obscene in Victorian society. Most of them came from George Witt, a London doctor with an extensive collection of phallic memorabilia. The Secretum soon became off-limits to the average museumgoer as people needed special permission to view the exhibits during a private tour.

During the secret collection’s 100-year existence, there was one object deemed too obscene even for the Secretum—the Warren Cup. It was a silver Roman cup that depicted homosexual sex between two men on one side of the cup and a man with a young boy on the other.

The museum had the opportunity to purchase the Warren Cup in the 1950s for a small sum. It turned it down. The British Museum later changed its mind in 1999 and paid £1.8 million for it, a record purchase for the museum at the time. 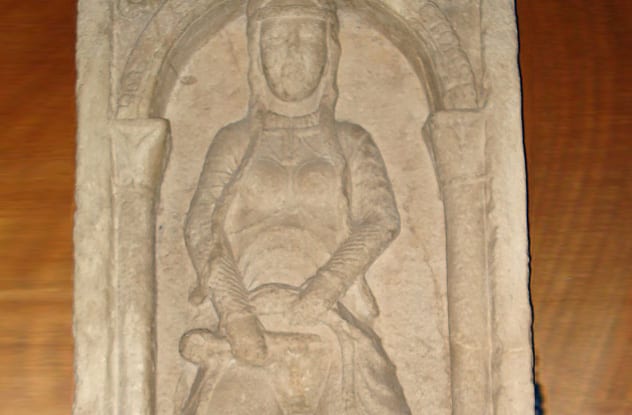 For centuries, one of the first things that many people entering Milan saw was a bas-relief of a woman shaving her pubic hair. This carving was placed on the eastern gate of the city named Porta Tosa, later changed to Porta Vittoria. The bas-relief remained there until the 19th century, when the gate was demolished and the obscene carving was moved to a museum.

There are several legends surrounding the origins of the bas-relief, and they all have to do with Holy Roman Emperor and enemy of Milan Frederick Barbarossa. One story says the carving simply portrays Barbarossa’s wife in a shameful position. Another says the bas-relief is of a Milanese woman who exposed herself to Barbarossa’s army in defiance. It is also possible the carving faces east as an insult to the Byzantine Empire for refusing to help Milan after Barbarossa sacked the city in 1162. 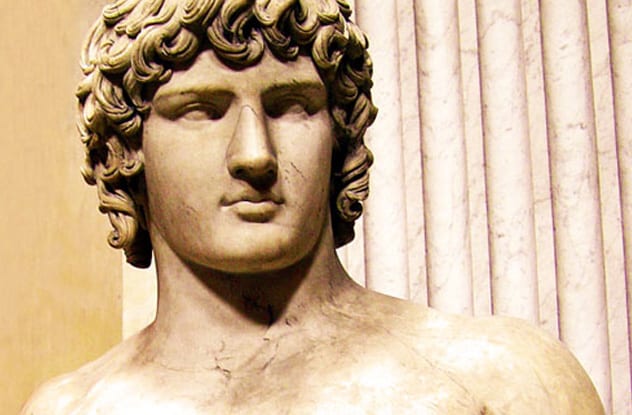 Julius Caesar is remembered today as one of the greatest conquerors the world has ever seen. In his day, though, he had his fair share of political enemies who took advantage of a rumor to label Caesar “Queen of Bithynia.” Rumor was that Caesar had been the secret lover of Nicomedes IV, king of Bithynia. This would have happened around 80 BC when a young Caesar traveled there as an ambassador to raise a fleet.

While it’s impossible to determine whether the rumor was true or not, Suetonius treated it as fact. He mentioned Caesar’s relationship with King Nicomedes as the only stain on his reputation. He also talked of several instances where it was brought up. A certain Octavius called Pompey “king” and Caesar “queen” during an assembly, and a poem had the line “All the Gauls did Caesar vanquish, Nicomedes vanquished him.” 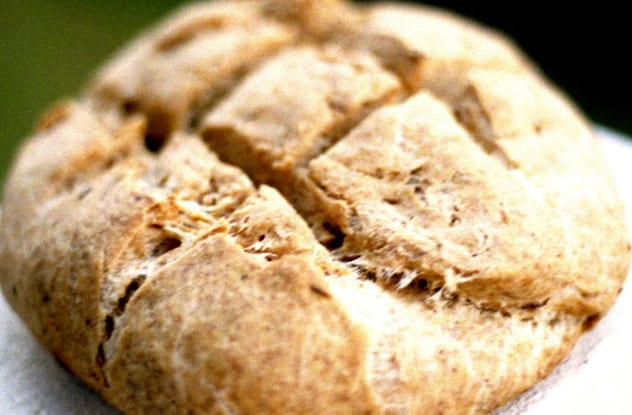 The term has appeared in several other works of that time. While nobody gives a colorful description of “molding cockle bread” like Aubrey, they imply it to be something shameful or with sexual connotations. Some consider that “molding cockle bread” was more than just a movement, and the technique was actually used to prepare bread young women would give to their lovers.

1What The Butler Saw

Mutoscope – What The Butler Saw

William Dickson is not as well remembered as he should be today given his contributions to early motion pictures. Starting out as an assistant to Thomas Edison, he helped design and built the Kinetoscope, Edison’s motion picture device. Dickson later formed his own company and built the Mutoscope, a rival to Edison’s machine.

The Mutoscope used larger images to improve picture quality and was hand-cranked so viewers could control the speed. In the UK, the device became known as a “What the Butler Saw” machine, named after its most popular film. 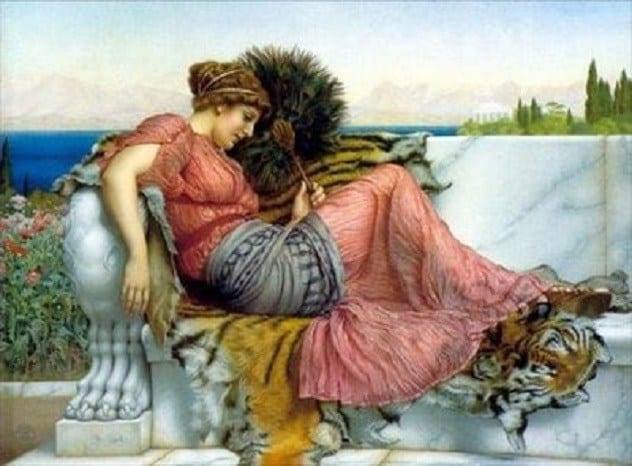 The bawdy side of history is seldom talked about so it is always a pleasure to publish lists on the subject. And, for those who are desperate for more, here are some other similar articles from the archives.