Immunity is offered to people so that they might help in the prosecution of a higher-ranking level of criminal. This practice comes into play in cases where a drug dealer might implicate their supplier for immunity.

Rarely, a country might grant a person immunity from their crimes if it seems that they might be able to help out in one way or another. This was often done following World War II. Here are 10 people who committed monstrous acts but were granted immunity by one nation or another. Dr. Toshio Tono was one of the men who staffed the infamous Unit 731 in Japan during World War II. He was granted immunity by General Douglas MacArthur and brought to work for the United States to help with their biological warfare research program. Tono never forgave himself or his colleagues for the atrocities committed during the war and even wrote a “tell-all” book about it against the wishes of his colleagues.

Tono arrived at Unit 731 in May 1945, which was very late in the war. He was immediately employed in the vivisection of Chinese prisoners and American POWs. He removed eyeballs, sections of lungs, and other organs from living men to study the effects of seawater on the body. At the time, the unit was attempting to determine the efficacy of seawater as an alternative to saline. 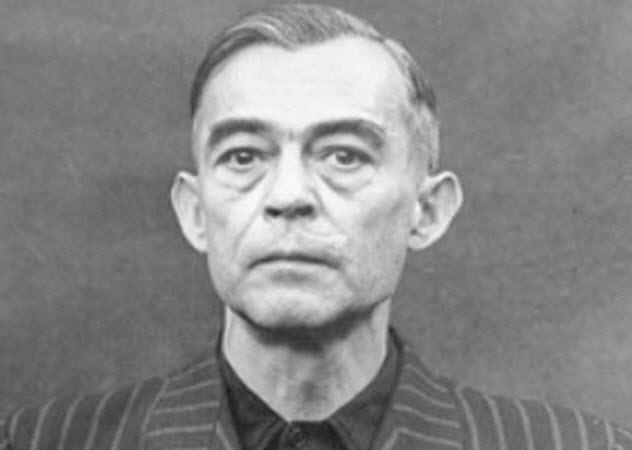 Kurt Blome was a scientist recruited by the Americans following World War II to aid in their chemical and biological warfare program. In May 1945, Blome was arrested by the US Army and charged but later acquitted in Nuremberg due to the machinations of the United States under Operation Paperclip. He remained in West Germany, where he was employed by the United States and died of natural causes in 1969.

Blome was director of the Nazi biological warfare program and oversaw or participated in experiments against thousands of POWs. He infected his subjects with plague, anthrax, typhoid, and cholera to test the efficacy of potential vaccines.

He also conducted experiments testing the effects of chemical aerosols on prisoners at Auschwitz and other camps. Blome also worked directly with the Japanese in Unit 731 on biological warfare research. 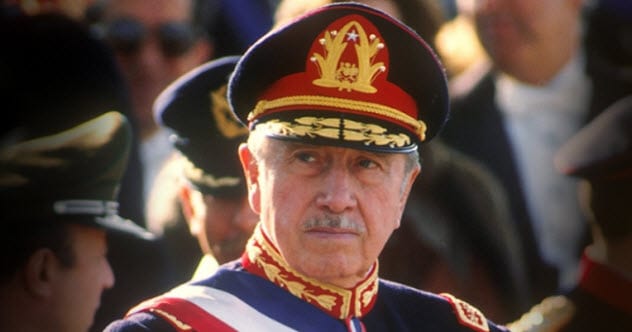 After seizing power during a military coup in 1973, Augusto Pinochet was president of Chile between 1974 and 1990. He was a brutal dictator responsible for the internment of 80,000 Chileans, 30,000 of whom were tortured and killed during his tenure.

While in power, he gave himself immunity from prosecution and established precedents that would ensure his immunity after he left office. Following his presidency, he remained the commander in chief of the Chilean army until 1998.

Due to the constitution he enacted in 1980, he became a senator for life, which maintained his immunity. Despite this, he was arrested in London under an international warrant on October 10, 1998.

Due to his failing health, he was released without prosecution. Though he faced condemnation and humiliation for three years until his death, he retained his immunity in Chile. Klaus Barbie was one of the most notorious Nazis granted immunity from prosecution for crimes against humanity. Though he was tried in France in absentia twice and one final time in person in 1987, he had been smuggled out of Europe shortly after World War II by the Americans.

Later, the US secretly bankrolled and installed Barbie in Germany, where his former loyalties to the Reich made him a perfect adversary to Communist expansion. Due to the US and later the Bolivian government, Barbie escaped prosecution for more than 40 years.

Barbie was chief of the Gestapo in the French city of Lyon where he was known as the “Butcher of Lyon” during the occupation. He led a campaign of rape, torture, and systematic murder of Jews and separatists. His death toll has been estimated to exceed 14,000 people, most of whom were Jews. 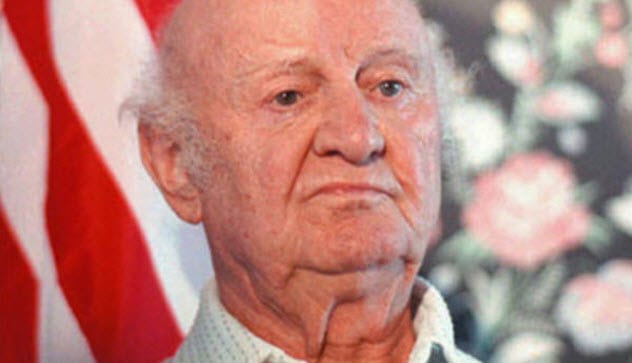 In many ways, Arthur Rudolph is remembered as a great man who pioneered the Saturn V rocket, which took the first men to the Moon in 1969. He was initially classified as a war criminal by US and West German authorities but granted immunity so his expertise in rocketry could be brought to the United States.

The Justice Department began an investigation into forced labor used to manufacture the V-2 rockets used by Germany in the war, ultimately forcing Rudolph to relinquish his US citizenship and leave the country. He died in Germany at age 89 in 1996.

Rudolph ran production operations of the V-2 rocket in several plants from 1943 to 1945. His manufacture of the rockets directly benefited from more than 5,000 prisoners used in forced labor from the Mittelbau-Dora concentration camp. But he was never prosecuted for these crimes. Edgar Ovalle Maldonado was the top Guatemalan presidential adviser and former high-ranking general during the nation’s 36-year civil war. He was granted immunity from prosecution, which has been challenged and defeated in court.

During his role as commander of a special military unit in the Quiche region between 1981–82, the regime carried out 77 separate massacres, leaving numerous mass graves throughout the region. He has been charged with crimes against humanity but maintains his immunity from prosecution and sits as a member of the current government.

A request to remove his immunity on behalf of the victims of his actions between 1981–88 was denied by the country’s Supreme Court in January 2016. Dr. Hubertus Strughold was known as the “Father of Space Medicine” for his contributions to America’s early space program. Like others on this list, he was scooped up by the Americans at the end of World War II to utilize his expertise.

Strughold was suspected of involvement in “cold immersion experiments” at the Dachau concentration camp. During these experiments, people were given hypothermia to see how long it took them to die or they had various limbs completely frozen to study the effect on the human body.

Following Strughold’s death in 1987, evidence was uncovered that further implicated him as complicit due to his position as the director of the Medical Research Unit in the Luftwaffe Ministry. It also came to light that his facility conducted high-altitude hypoxia experiments on pediatric psychiatric patients before the war. Dr. Shiro Ishii was the head of Unit 731. As chemical and biological testing on humans was something that the Allies would not undertake, the research provided by Ishii was enough to secure his immunity from prosecution for his crimes during World War II. He faked his death after the war but was found by the Americans in 1946. They insisted that the Japanese turn him over to the US.

Ishii was directly responsible for the torture, infection, mutilation, and murder of an untold number of Chinese prisoners and American POWs. Using these people as guinea pigs, Ishii’s team “[forced] them to breathe, eat, and receive injections of deadly pathogens,” including anthrax, smallpox, botulism, and a myriad of other diseases. Though his research proved to be of little value, the Americans upheld their end of the bargain and Ishii remained free until his death in 1959. Dr. Heinrich Muckter was caught by the Americans as he was fleeing Krakow University in 1945. He avoided prosecution thanks to Operation Paperclip and entered the German pharmaceutical industry for Chemie Grunenthal, a new company in the 1950s. Muckter experimented with typhoid on prisoners at Auschwitz and other camps, but what he did after he escaped justice was worse.

Muckter was one of the main chemists who invented a drug called thalidomide. The drug was marketed to pregnant women in the 1950s and ’60s by Chemie Grunenthal as a “wonder drug.” Within four years of distribution, more than 100,000 women and children suffered catastrophic miscarriages and birth defects, respectively. Deformed children were born without limbs and had other serious problems.

An investigation into the company ultimately revealed that thalidomide was created by Muckter and other Nazis during the war and was likely tried on prisoners in the camps. Further evidence revealed that the drug may have been a by-product of wartime research into nerve gas antidotes. President Omar al-Bashir has been the sitting president in the nation of Sudan since 1993. He has also been accused of genocide by the International Criminal Court (ICC) for his nation’s actions in Darfur.

Though the ICC has not granted him immunity from prosecution for genocide, a recent meeting of the African Union voted to grant such immunity to any incumbent and senior government leaders. This decision was condemned by the ICC and other international organizations but effectively gave Bashir the protection he needs to avoid prosecution.

The 2003 conflict in Darfur resulted in the deaths of between 300,000 and 400,000 people, many of whom were decapitated, raped, and tortured by Sudanese government militias. The African Union’s actions may have allowed for immunity at this time, but the ICC has not given up on prosecuting the first head of state that they have charged.