You don’t have to be an anthropologist or a Fallout junkie to love the unique post-apocalyptic cultures that writers invent for their stories. When the world ends and social development gets set back to zero, the societies that rebuild are going to have systems and values designed to meet their needs.

These societies can be anything from small, functional villages to tribal empires that span half a state. So instead of reveling in the fall of civilization, let’s look at the rise of new ones. 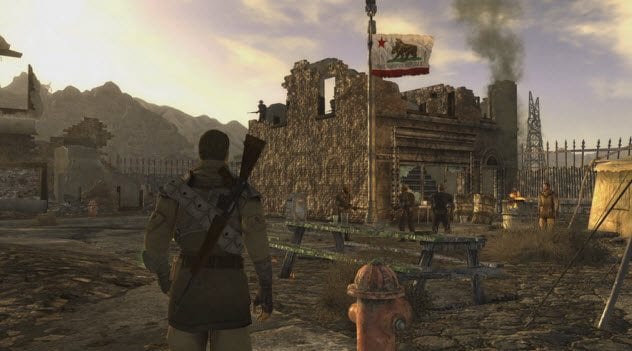 Spanning three games in the Fallout series (1, 2, and New Vegas), the New California Republic (NCR) upholds the ideals of the United States that existed before it: rule of law, democracy, safety, and freedom. Initially, the NCR was only a small federation of towns that united against common enemies such as mutants and raiders and enforced its idea of civilization on a barren desert.

Less than a century after its founding in 2189, the NCR has come to control much of the former American Southwest, stretching up toward Oregon and into Baja California. As its population grew, so did its needs. It set out west searching for clean water and arable land and, in doing so, became locked in a bloody war over the city of New Vegas and nearby Hoover Dam.

This war over land and resources is the exact situation that led to a nuclear apocalypse in the first place. If that sounds like it means something, it probably does. The NCR is built on the principles of the United States and would not exist if the good ole USA didn’t have some serious atomic issues.

Maybe pick a better role model and not the one that started a nuclear war. 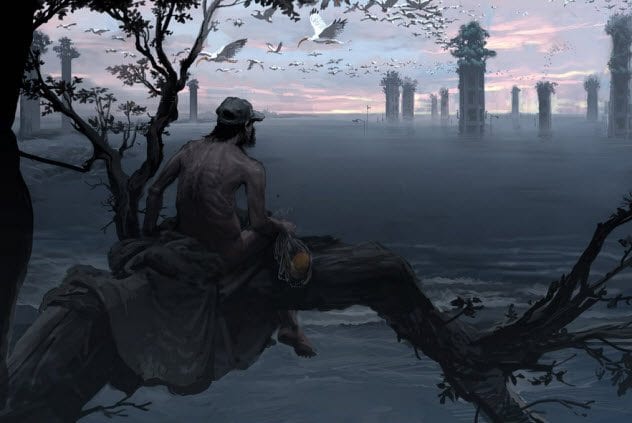 After a biological disaster destroyed an already-crippled world, a group of survivors came to exist in a gentle, vegetarian community near the coast. This group, referred to as Crakers by the narrator, is not composed of ordinary humans.

They were genetically engineered by the same man, nicknamed Crake, who destroyed the world. Their genetic modifications include but are not limited to the ability to subsist entirely on grass and the development of massive, glowing penises.

With only a cynical would-be prophet named Snowman to lead them, the Crakers are oblivious to the old world, whose ruins are a short walk from their camp. They mourn the deaths of fish they kill for the prophet and express concern when he explains what toast it.

Snowman lived in the old world and was close friends with Crake, the man who ended it. So to insult the man who claimed there was no god, Snowman made the Crakers believe that they were created by a god named Crake.

As the prophet of Crake, Snowman gave the society rudimentary laws which turned into superstition. Their dependence on him was so great that when he went away for a few days, they burned him in effigy and begged Crake for his return. 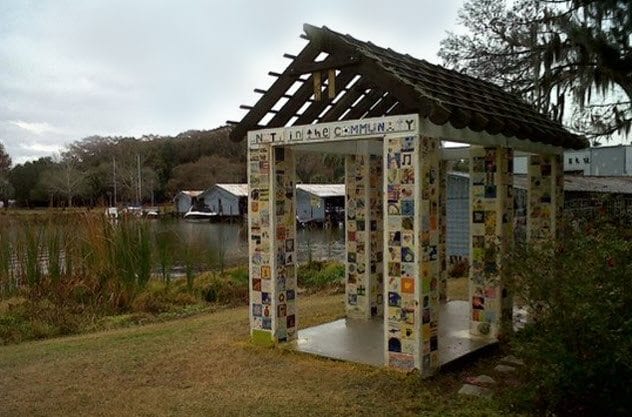 Fort Repose is your typical Florida town, complete with sunbathers and children playing outside, until a nuclear war with Russia ruins a pleasant afternoon. Compared to most apocalyptic societies on this list, Fort Repose is pretty basic. Society falls apart, and people start killing each other and stealing every little resource.

So a veteran named Randy organizes the army reserves to establish peace and order, hanging criminals publicly to prevent further robberies and killings. They address their needs as they occur. They store radioactive jewelry, share housing, food, and water communally, organize the reserves, and eventually make their way to a nearby salt beach to help people facing a salt deficiency.

Fort Repose may not be as quirky and unique as other communities in the genre, but it shows how people are capable of addressing new needs as they arise in extreme situations. 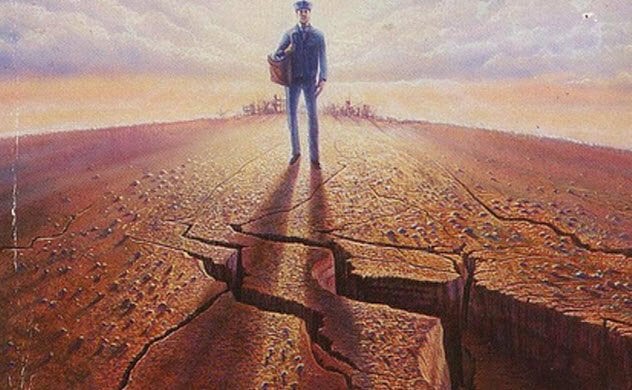 Corvallis is just like the land of Oz. But instead of a wizard, they have a supercomputer named Cyclops. Just like the Wizard of Oz, Cyclops is a farce intended to control the population. Even more offensive, it does not in any way resemble a mythical one-eyed giant.

The people of Corvallis use Cyclops as a way of manipulating nearby townships in scenic Willamette Valley because if a Doomwar teaches people anything, it’s that human leaders do some pretty stupid things. So when people need advice or a dispute settled, they take it to the supercomputer, not knowing that it died when the EMPs went off in the war.

This does not unravel, as one might expect. When our plucky hero discovers the truth about Cyclops, he keeps his mouth shut. The result? A trading pact throughout the valley that leads to a unified Oregon government, dedicated to beating back the invaders who threaten them. 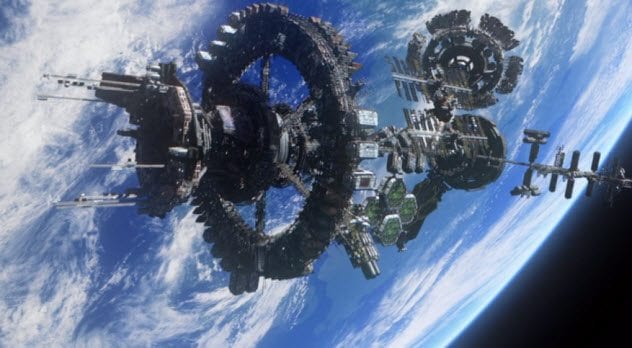 After the world destroyed itself in atomic fire, those who resided in the safety of space stations made it their duty to return to Earth and continue the human race’s existence by uniting and forming the Ark. The cold vacuum of space, however, is not filled to the brim with easily accessible resources.

Oxygen, food, water, and medicine all have to be preserved to prevent a system failure. That’s why all crimes are capital crimes for those over age 18. Even stealing medicine for a sick child results in the death penalty. It is a harsh community born out of harsh circumstances. 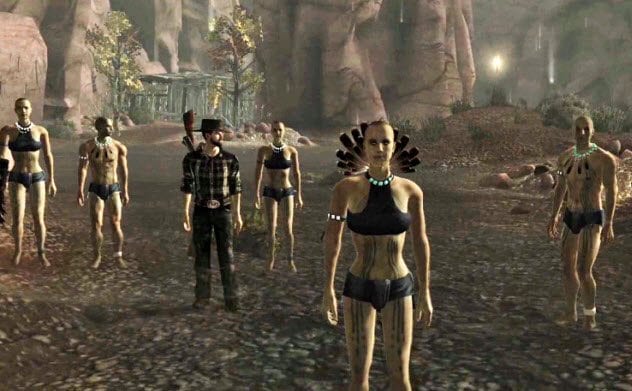 The Sorrows originated as a group of children who found their way to Zion National Valley some decades after the Great War destroyed civilization. An old man who lived in the nearby caves watched over them, leaving books that could help them, food and medicine, and encouraging notes all signed by “the Father.” This is probably the only time that creepy old men watching strange children has yielded any kind of positive result.

Generations later, the Sorrows live peacefully in Zion, living by the wishes of the Father to be kind and avoid violence. They believe that the Father is some kind of god or spirit and that entering his caves will result in punishment.

In actuality, his caves were safe houses that contain booby traps, which is why Sorrows who entered them did not return. The Father is not still watching over the Sorrows as they believe. He died long ago, like most people in post-apocalyptic settings. 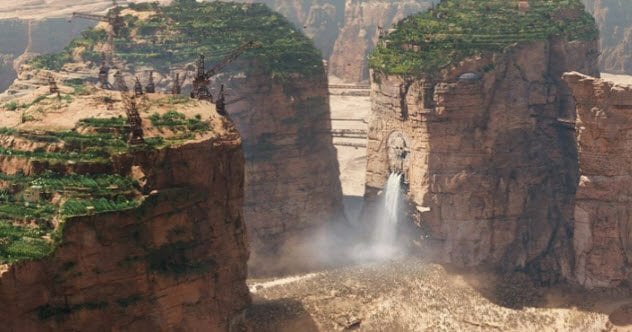 Perhaps the most extreme possible society, the Citadel is ruled by Immortan Joe and his War Boys. It is an aquifer with a village at its base, and everyone allowed into the Citadel itself must fulfill some kind of need, willingly or not.

The War Boys are soldiers who fight in road wars. The Black Thumbs repair vehicles essential to warfare. Blood bags are harvested for healthy blood, Milk Mothers are milked for calcium-rich beverages, and the Five Wives are used as breeding stock to produce healthy offspring.

The Citadel is a society where nothing is wasted—fitting for a community in a wasteland. The scarcity of a destroyed world requires the War Boys to squeeze every practical use out of the flesh they pillage. Incidentally, women get thrown on the bottom rung of this society, basically living as slaves at worst and imprisoned wives at best. So, nothing new there. 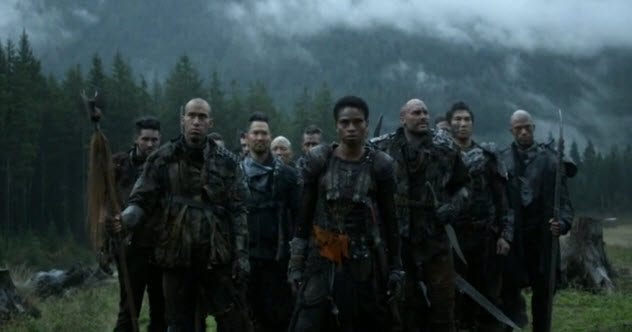 The Tree People were the survivors of a nuclear apocalypse who dwell in the forests of what was once Virginia. Harassed by the technologically superior Mountain Men, the Tree People resort to muscle-powered weapons such as swords and bows.

As forest survivalists, they obey a strict legal system that will banish thieves and execute traitors in the worst ways possible, involving fire and a thousand cuts. The social cohesion created by this brutal law system is essential to their role as warriors. They believe that life is a fight and the only way to win is to kill their enemies.

Even children are brought into battle, serving as apprentices to veterans and earning ritual scars for each kill. Like most people in these settings, they became what they had to in order to survive. 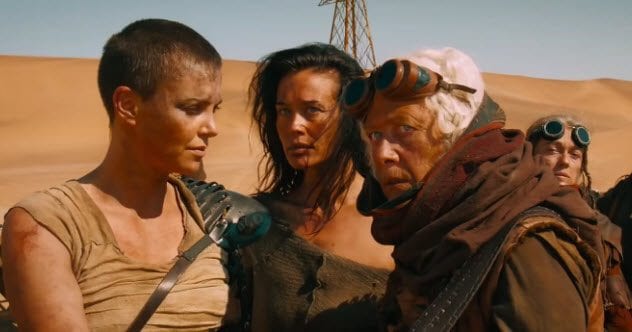 Long ago, the Vuvalini, or the Many Mothers, lived in the Green Place, a fertile area in the middle of the radioactive Australian Outback. Their female-dominated society emphasized the role of motherhood in keeping the world green. This mentality carried them into the desert when their land turned barren.

When their land was no longer fertile, their numbers fell and they became desert raiders much like everyone else. One Mother comments that she killed everyone she ever met in the wasteland, showing that even peaceful societies can fall into the same violence as their enemies.

When the Vuvalini lived in a plentiful land, they could afford peace. When forced into the desert, they had to turn to raiding just like everyone else.

Nothing stays good forever, at least not in Australia.

1 The Brotherhood of Steel
Fallout

Formed immediately before the Great War, the Brotherhood of Steel is founded on the belief that humans cannot be trusted with advanced technology. Roger Maxson, their founder and first Elder, formed the group after witnessing biological weapons being tested on prisoners of war.

Across 200 years and the entire continent of North America, the Brotherhood has seen many leaders and beliefs. At best, they were a knightly order that protected the weak from mutant threats they could not face alone. At worst, the Brotherhood was a group of bullies with laser rifles who stole computers and big guns from those who couldn’t fight back.

The descent into this new Dark Age led the Brotherhood to model itself after a chivalric order with knights, scribes, paladins, and a disappointing lack of swords. While some factions of the Brotherhood allow outsiders to join, most would rather shoot on sight and hide their members in an underground bunker. Strategies employed by the Brotherhood include launching tactical nukes at the enemy, hiding underground, or both until everyone else dies. Again.

Even with the noble goal of preventing another apocalypse (the second in recent history), the Brotherhood has a nasty habit of committing genocide against otherwise peaceable mutants and villagers who refuse to hand over technology. On a less genocidal note, they have some pretty cool outfits.

Michael Meillarec is the author of the The Scouts Handbook for a Post-Apocalyptic World, a student at Stetson University, a writing tutor, and a Minister of the Flying Spaghetti Monster. His Instagram is MMeillarec, and he never uses it.