The fidget spinner, an object taking both stores and social media by storm, has an unusual history and purpose. Chances are you’ve seen the whirring, spinning piece of plastic in public, probably gripped tightly in the hand of a child. Strangely enough, fidget spinners are becoming increasingly stylized and popular.

Whether debated on Twitter or customized and sold by top celebrities, these devices are even beginning to gain an adult following. Love them or hate them, it is undeniable that fidget spinners are one of the most popular objects of this generation. This list outlines 10 facts you probably didn’t know about the trending spinners. 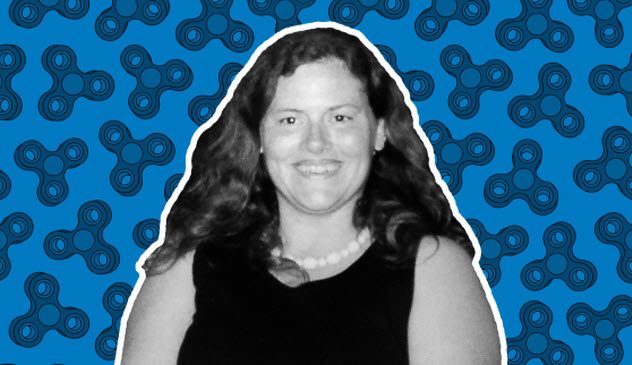 Two decades ago, chemical engineer Catherine Hettinger was struck with a bolt of inspiration while visiting her sister in Israel. She had heard about young children throwing rocks at people passing on the street in Israel and immediately began to think of a device that could distract children and provide potential stress relief.[1]

Another motivation was to bond with her daughter who had myasthenia gravis, an autoimmune disorder that results in weakened muscles. Following her return to her home in Orlando, Hettinger designed the first fidget spinner. Little did she know that her invention would spark one of the largest toy phenomena ever. 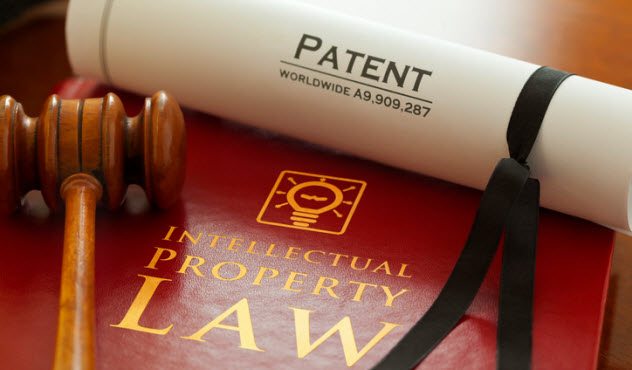 As distributors struggle to meet the increasing demand for fidget spinners, you would think that creator Catherine Hettinger would be earning an overwhelming profit. Unfortunately, she has not made any money on the contemporary spike in spinner sales.

This is because she could not afford to pay the annual $400 fee to maintain the patent and subsequently lost it in 2005. She is quoted as saying, “I just didn’t have the money. It’s very simple.”

Other businesses are now free to produce and sell the product as they please. Though she can make no profit from the devices, she is “just thrilled” at the expansive use. Needless to say, she has preserved a positive attitude and understands the difficulties of being an inventor.[2]

She acknowledges the challenges and comments that she has “watched other inventors mortgage their houses and lose a lot. [ . . . ] It is hard.” Upon being asked repeatedly if the success of her invention aggravates her, she responds that she is just pleased that people understand and can use something she designed.

If Hettinger would have paid the $400, she would now be worth millions of dollars in the midst of “the biggest, fastest-moving trend that I have ever seen in the toy industry,” said Jackie Breyer, editorial director for The Toy Insider. But Hettinger has not made a single dime! 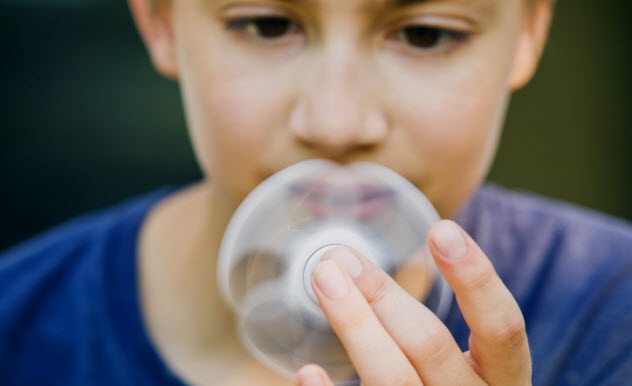 The purpose of the original fidget spinner designed in 1993 varies dramatically from the fidget spinners plaguing our world’s playgrounds today. Following the inventor’s patent securement, Catherine Hettinger’s idea was rejected by Hasbro and she ultimately lost the patent in 2005.

Prior to losing the patent, however, Hettinger produced the spinners with a machine she had purchased from an old sign-making company. She distributed the devices at art fairs. Then smaller manufacturers began to produce the spinners, mainly as a tool to comfort children dealing with conditions like attention deficit hyperactivity disorder, autism, and anxiety.

These devices were intended by both Hettinger and other manufacturers to provide therapeutic stress relief and strengthen users’ focus.[3] At this point, the fidget spinner was still considered more of a tool than a toy and was not commonly recognized or widely used. 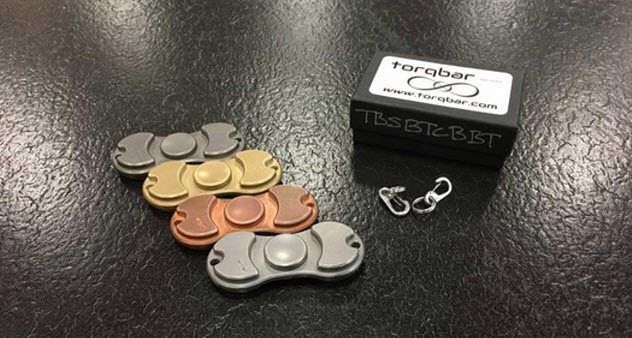 “There’s just a lot of circumstances in modern life when you’re boxed in, you’re cramped in, and we need this kind of thing to de-stress,” says creator Catherine Hettinger. In a fast-paced world in which information can be disseminated nearly as quickly as it is gathered, Hettinger believes that the fidget spinner’s initial purpose of stress relief remains most important to combat present-day hassles.

This leads to her disagreement with the increasingly large number of schools that are banning fidget spinner use because they are a potential distraction and can interfere with the successful learning of others. However, following Forbes’ declaration that the spinners are “the must-have office toy for 2017,” sales began to boom.[4]

Originally intended for children, then for executives, and back to children (this time for a different reason), fidget spinners have catered to several demographics along their journey to global toy domination. 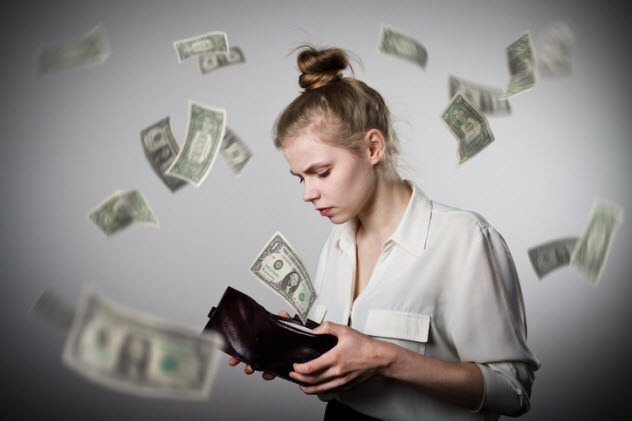 According to Money, searching for “fidget spinner” on Amazon will turn up a whopping 17,000 results or so. Even more staggering, eBay will return nearly 30,000 results for the same search.

Starter fidget spinners surely will not break the bank, but technologically advanced ones may set you back quite a bit. Varying in almost every characteristic, fidget spinners are priced from $2 all the way to upward of $460!

The price fluctuates so widely due to the inordinate abundance of models and corresponding capabilities. To provide insight on several fidget spinners, hundreds of videos on YouTube contain reviews, demonstrations, and even tricks.[5]

Depending on your feelings toward the craze that is fidget spinners, investing in a decent one may seem appealing. But to some, spending hundreds of dollars on a spinner seems ridiculous. 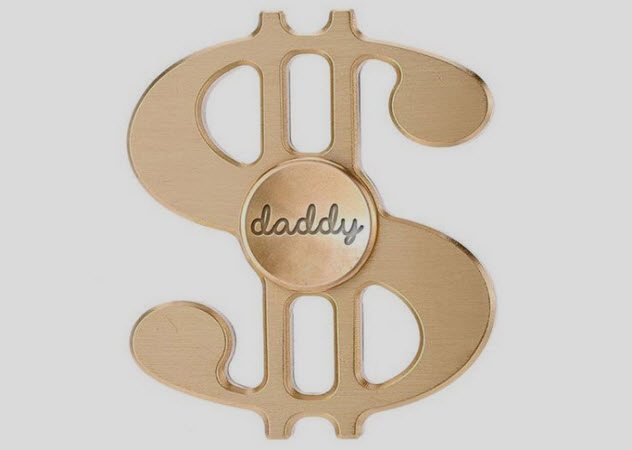 In April 2017, the press reported the first celebrity association with fidget spinners, serving as a light snowfall of media coverage before the avalanche of celebrity involvement ensued. InStyle magazine published the story that Gwyneth Paltrow’s son received “a set of cool new fidget spinners” for his 11th birthday.

Then, as spinners started infiltrating other schools, more A-list celebrities like Kim Kardashian West hopped on the fidget bandwagon. Kardashian’s personal line of merchandise, named “Kimoji,” has recently begun to sell customized fidget spinners with the reality star’s face plastered on each of the three plastic protrusions that compose the spinner.

As if to symbolize the unbelievable profits made by the simple devices, Kardashian also sells a fidget spinner in the shape of a dollar sign.[6] This also represents the diversity of fidget spinners. Their designs and shapes fluctuate, an indirect result of the lack of patent and consequent creative restrictions.

Google Trends reports that recent worldwide searches for “fidget spinners” have been more popular than searches for “Donald Trump” and “Kim Kardashian” combined. Cooper Weiss and Allan Maman, creators of the similar fidget cube that raised over $6 million through Kickstarter, also tried their hand at fidget spinners and succeeded in the development and sale of this product as well.

“We were the first ones to start mass-producing them and start advertising them across social media,” the pair said. This demonstrates the fidget spinner’s predominant presence in not only the classroom but cyberspace as well.[7]

Another example of spinning online is the Facebook page called Spin Space, which is filled with avid collectors sharing tips for successful collecting, tricks, and other fidget endeavors. This is also observed on the social media network Twitter.

Fidget spinners are routinely mocked and have been made the center of numerous memes (comedic Internet sensations), leaving users with 140 characters of sarcasm and pictures of fidget spinners photoshopped into the most bizarre locations. Despite the positivity (or lack thereof) of these postings, the toy is becoming more popular than ever.

3 Physics Behind The Spinner 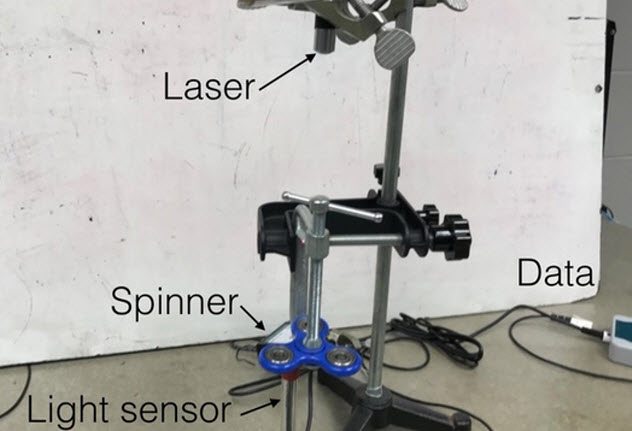 At the end of each “wing” of the spinner, bearings of circular channels roll with low friction around a center point of rotation upon exertion of torque (a twisting force). This allows the spinner to revolve freely.

Since most spinners feature the center ball bearing, force must be applied to the edge of the device. However, if the spinner features a ball bearing that is not centrally located, the gadget can begin turning with only the flick of the user’s wrist.

Fidget spinners require a shocking amount of physics to ensure proper gyration.[8] Interestingly, they rotate for an average of 104 seconds without stopping but can propel for far longer with enough force. This has caused an enormous digital video response—from aiming for the longest spin time to attempting the most ridiculous tricks. 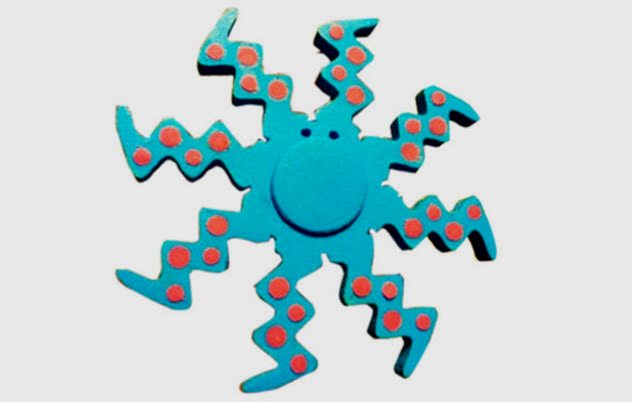 Each fidget spinner possesses its own set of unique traits, including different sizes, colors, and features.[9] While most people envision the three-legged, snowflake-shaped device when “fidget spinner” comes to mind, that design is just scratching the surface. The devices vary in structural composition as well.

Higher-end spinners have Bluetooth connectivity and are equipped with LED lights and integrated speakers. So users can heighten their fidgeting experience by listening to their favorite music and watching the rotating lights correlate with the melody.

What started out as a single plastic device has transformed into an electronic light and music performance in the palm of your hand. 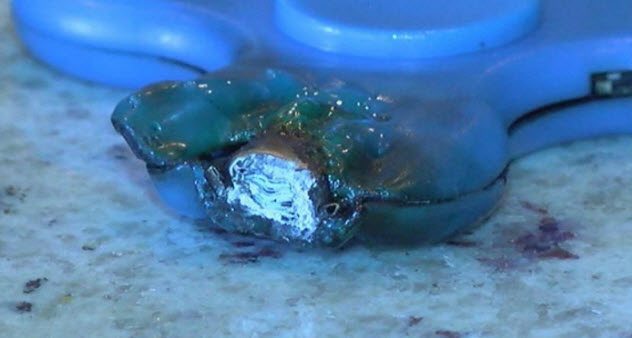 As the fidget spinner fad goes through the motions, complications will inevitably arise. As previously mentioned, some spinners now showcase advanced technological features. In June 2017, stories from Michigan and Alabama described chargeable spinners catching on fire.

The spinners were both left melted, destroying the surface below. Alabama mother Kimberly Allums told a local news outlet, “The fidget spinner wasn’t smoking; it was in flames.”[10] Fortunately, no one was harmed. As with hoverboards, though, the rush to market with electronic fidget spinners has resulted in a lack of safety regulations and an increased risk for users worldwide.

Another boy in Australia seriously injured his eye when showing spinner tricks to his friends. “He was very lucky not to lose his eyesight,” said his mother. These recent occurrences challenge the safety of the overwhelmingly popular childhood toys and beg the question as to how this will impact the spinner. Is this just a bump in the road, or has the fidget spinner reached its fiery end?

Read more about bizarre fads on 10 Current Fads That Are Way Older Than You Think and 10 Bizarre Fads From The Early 20th Century.