Sex cannot be the worst way to go. Yet, tales of death during carnal pleasure fill us with equal parts amusement and terror. Somewhere in the recesses of our mind, we are aware of how distracted and vulnerable—not to mention ridiculous—we are during copulation. Man-eating animals, jealous lovers, ill health, and plain old bad luck are quick to take advantage of our moment of weakness. Death will find us even in the very essence of life. 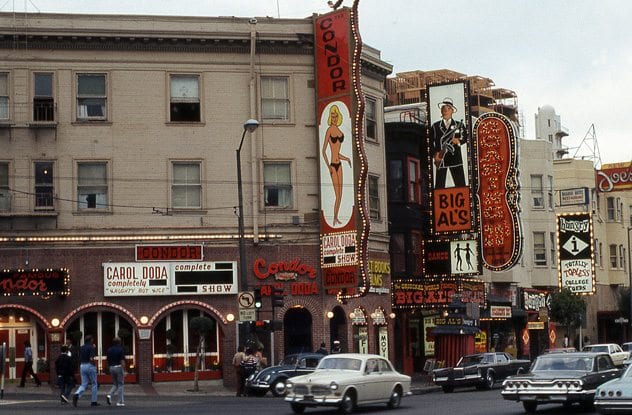 Sometime between 4:00 and 6:00 AM on November 24, 1983, the assistant manager of San Francisco’s Condor Club died when the piano he was having sex on malfunctioned. James “Jimmy the Beard” Ferrozzo, 40, was crushed when the elevator piano accidentally rose to the ceiling. Ferrozzo was caught between the piano and the ceiling, while lying on top of his 23-year-old stripper girlfriend, Theresa Hill. The club’s janitor, Angel Vicente, discovered the pinned couple when he arrived to work at 7:30 AM. Hill survived the ill-fated rendezvous.

The Condor Club broke boundaries when it opened as the world’s first topless bar in 1964. The club was made famous by stripper Carol Dodda. According to her 2015 obituary, Dodda “helped take stripping out of the shadowy margins of American of society.” She worked the Condor Clubs for decades, and the elevator piano became one of her burlesque act’s signatures. 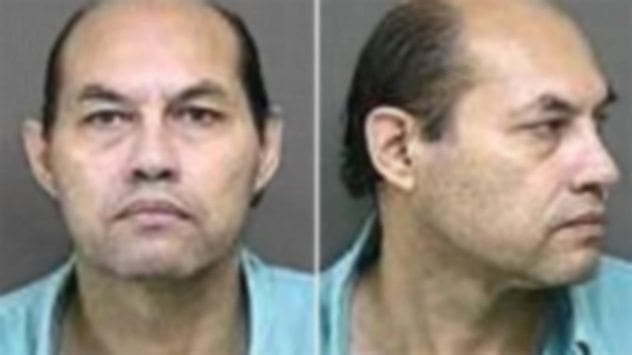 Sexual assault can be taxing on the cardiovascular system. No one knows this better than convicted pervert Isabel Chavelo Gutierrez, who died while raping a 77-year-old south Texas woman. On June 2, 2011, Gutierrez, 52, crept into the woman’s Tivoli residence by removing a glass pane on a screen door and attacked her at knifepoint. In the midst of the assault, the 250-pound rapist rolled over, indicated he did not feel well, and died.

Gutierrez was a known sexual predator. He had been convicted of aggravated sexual assault and indecency with a seven-year-old child. In 2008, he was paroled and listed on the national sex offender registry. According to the victim, she encountered Gutierrez the day before the attack at the post office. Gutierrez lived two miles away and rode his bicycle to the victim’s house. When Gutierrez lost consciousness, she escaped, ran to her daughter’s house, and alerted authorities. 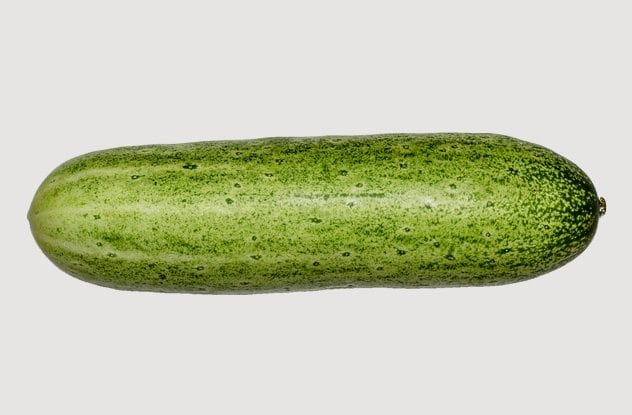 On July 19, 2014, a German woman died during a cucumber sex romp. Rica Varna, 46, suffocated when her lover left the vegetable in her mouth—and forgot about her. Oliver Dietmann faces a sentence of five years if he is convicted of negligent homicide. Dietmann, 46, admits to putting the cucumber in Varna’s mouth. He explained, “But suddenly, there was smoke coming from the kitchen.” After running to the kitchen, feeding his dog, and smoking a cigarette, Dietmann returned to find Varna unconscious. 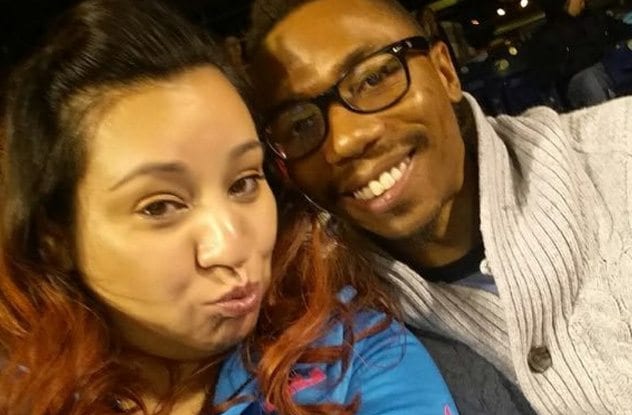 On November 6, 2015, lovers were murdered in a SUV during a tryst in a Philadelphia’s Fairmount Park. Shakoor Arline, 25, and Lisa Smith, 32, were shot repeatedly in the head. According to Philadelphia police captain James Clark, the shooting appears to be “very much a crime of passion.” Arline and Smith were both dating other people at the time of their murder, and had maintained an on-and-off-again relationship for years. Between midnight and 5:00 AM, the shooter approached the vehicle, opened the rear door, and unloaded nine bullets into the couple.

Police discovered the remains of Arline and Smith in various states of undress. Investigators believe that murder followed Smith from her home, which is a half-mile from the park. A mother of five, Smith was an Arizona native who had lived in Philadelphia for years. Shakoor was a UPS worker. He is survived by his 17-year-old sister, Taylor. 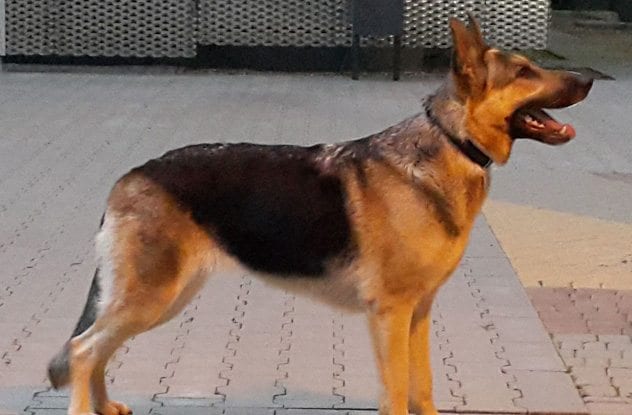 In 2011, Irish authorities charged a 57-year-old man for violating the nation’s bestiality laws after a mother of four died after having sex with his Alsatian dog. On October 7, 2008, the 43-year-old woman died from an adverse allergic reaction to the intercourse. Sean McDonald and the woman met in an online chat room to discuss sexual fantasies. The Gardai believe the sex was consensual—at least on the woman’s part. However, McDonald will be the first person to be charged with the country’s 1861 buggery laws. Conviction could mean life in jail for the dog-owner.

The unidentified victim fell ill around 7:30 PM and was rushed to Limerick’s Mid-Western Regional Hosptial. She succumbed around 8:00 PM. An autopsy revealed that the cause of death was anaphylactic shock—the same condition suffered by people with peanut or bee sting allergies. The Alsatian involved in the incident remains in quarantine.

5The Stress Of Consistent Hardness 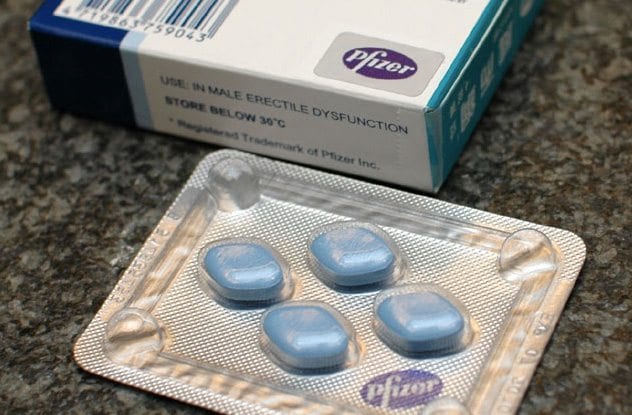 Earlier this month, a Nigerian man was found dead in a hotel room after an overdose of sex enhancement drugs. According to local news outlet Gistmania, he was trying to “impress” his new girlfriend, and “must have died from the stress of consistent hardness.” Investigators believe the man was overpowered by the drug, which he had never taken before. Overdoses of sex enhancement medication can lead to a powerful painful erection that can permanently damage the penis. 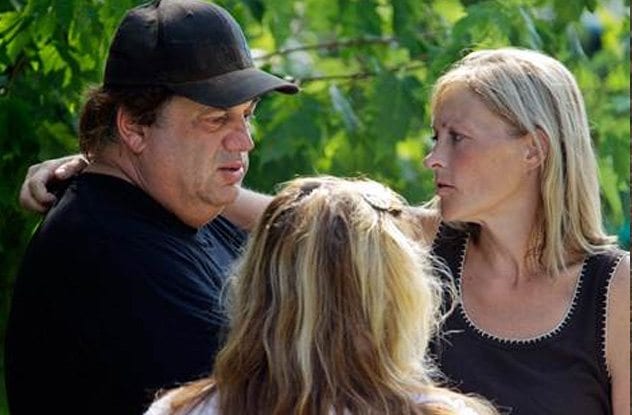 In July 2013, an exotic animal owner was discovered dead, face down on his waterbed. Handcuffs and chains bound Sam Mazzola, 59, to the bed. He was wearing a leather mask with eye and mouth holes zippered shut. A two-piece metal sphere covered his head, and a sex toy was lodged in his throat. The coroner determined the cause of death was asphyxiation from the object obstructing his airway. Suicide and homicide were ruled out. Mazzola died from an “accident during sexual role-play.”

The previous summer, Mazzola made headlines when his bear fatally mauled an employee. A black bear attacked Brent Kandra, 24, during a routine feeding. The mauling was ruled a “workplace accident.” Mazzola kept the animals he exhibited on his property in southwest Cleveland.

A teenage coworker discovered Mazzola’s corpse. He revealed that someone else was present and helped Mazzola with the bondage but left before the Mazzola’s death.

3The Mystery Of Nelson Rockefeller’s Death 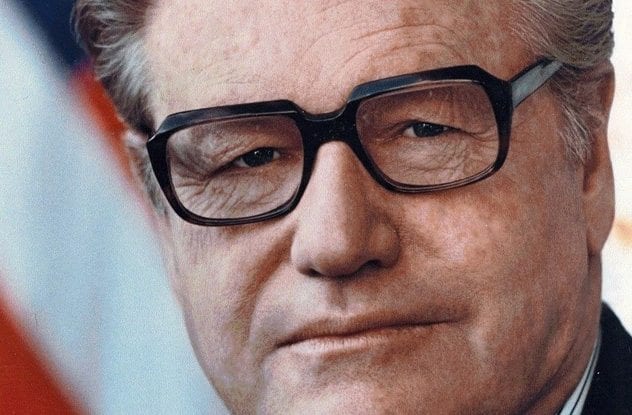 The circumstances of Nelson Rockefeller’s death on January 26, 1979, will forever remain a mystery. Evidence suggests the former vice president, four-term governor of New York, and scion of one of the nation’s wealthiest families expired during hanky-panky with his 25-year-old assistant. The official story: He was at his townhouse working with Megan Marshack on a book about his art collection. His young blond assistant was in a black evening gown when she called 911 to report the 70-year-old’s death. The family allowed no autopsy and had the body cremated.

Whether true or not, the idea that one of America’s most powerful men died during climax became cemented into the American psyche. The official story and timeline has changed three times. The location and people present are also under constant revision. The Rockefeller family issued an official statement insisting they would never again comment on the circumstances of the death. 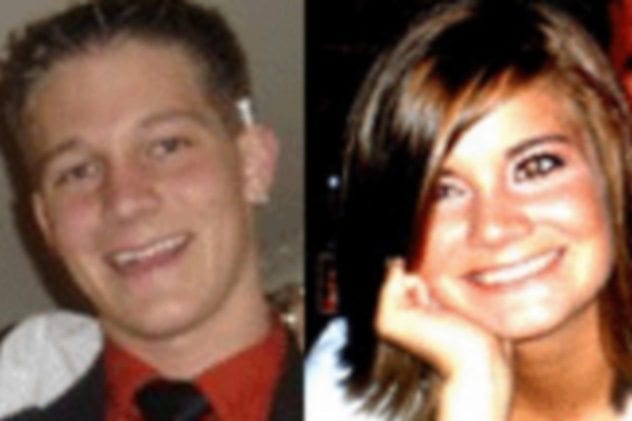 Just after 5:00 AM on June 20, 2007, a taxi driver discovered two naked bodies in the street in Columbia, South Carolina. Brent Tyler and Chelsea Tumbleston, both 21, were alive when found but were pronounced dead at Palmetto Health Richland Hospital. The 50-foot fall from the sloped roof resulted in death by multiple trauma. Investigators have found no signs of foul play and believe the deaths were an accident.

Tumbleston had studied nursing at University of South Carolina. Tyler was a bartender who spent his time golfing, playing Frisbee, and sailing in Hilton Head. The couple both worked at Wild Wing Cafe for six years. A homeless man provided an eyewitness account of the incident. Authorities have not officially stated what the naked couple was doing on the roof. Their clothing was found on the roof four stories up. 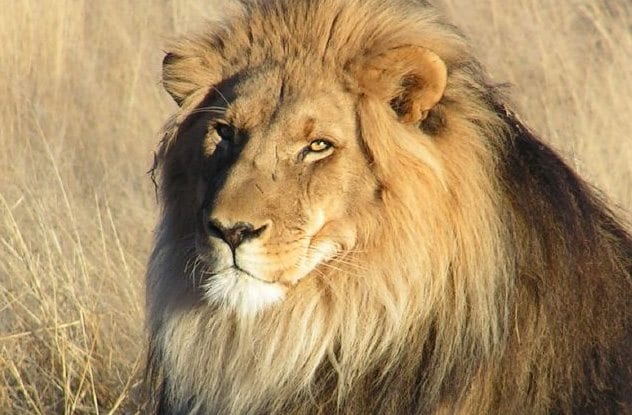 In March 2013, a lion fatally mauled a woman during outdoor sex in Zimbabwe. Sharai Mawera and her boyfriend headed out to a secluded bush location outside the town of Kariba for a rendezvous. The lion approached from behind and roared. The boyfriend leaped up and fled naked and sought help. Mawera was not so lucky. She died at the scene. She received massive lacerations to the stomach and neck and multiple bloody bruises.

Armed rangers and police arrived at the scene to fire a warning shot—but they were too late for Mawera. Authorities launched a hunt for the man-eater, who the state-controlled newspaper Herald believe is responsible for another mauling. A local man was attacked while walking home from a nightclub. The fact that Mawera was killed but not eaten may suggest that the lion had nto fully regained its appetite after devouring the clubgoer.

Dubbed the “Indiana Jones of folk music” by TimeOut.com, Geordie McElroy has hunted spell songs, incantations, and arcane melodies for the Smithsonian, Sony Music Group, and private collectors. A leading authority on occult music, he is also singer of the LA-based band Blackwater Jukebox.