Some observers of society say we live in a narcissistic age in which, more and more, many of us act as though we’re the center of the universe. Judging by the selfie phenomenon, it’s hard to argue against such pundits’ claims.

While selfies are a way of getting the 15 minutes of fame that Andy Warhol claimed would be everyone’s due before long, the pictures we take with our cell phone cameras can reveal more than mere vanity. As these ten selfies that went awry demonstrate, the photos we take of ourselves on the spur of the moment can capture embarrassing behavior, carelessness, criminality, and downright foolishness. 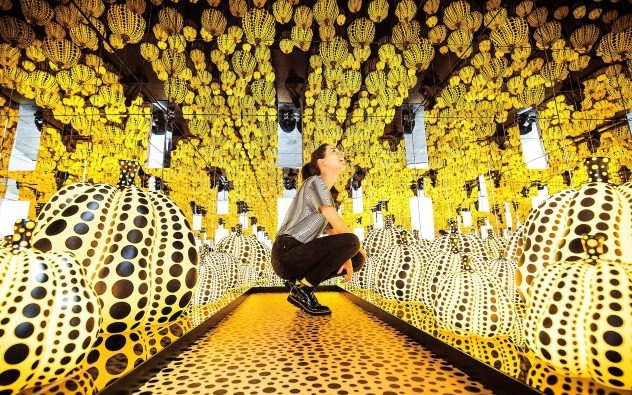 In February 2017, a complex and intricate sculpture of pumpkins by famed Japanese artist Yayoi Kusama on display at the Hirshhorn Museum in Washington, DC, was damaged by an art enthusiast trying to take a selfie. The man fell over after stepping off a platform, damaging one of the pumpkins.

The pumpkin sculpture was one of six of Kusama’s works on display in her Infinity Mirrors exhibition. Kusama had to arrange for a replacement piece to be sent to the museum. The exhibit celebrates her 65-year career as “the princess of polka dots.”[1]

In July 2017, a woman attempting to photograph herself with her smartphone did $200,000 worth of damage to sculptures on display at The 14th Factory in Los Angeles, California. Hong Kong artist Simon Birch’s works and those of his collaborators were displayed atop rows of rectangular plinths. When the woman leaned against one of the pedestals, she fell backward, creating a domino effect, as each stand fell into the next, knocking over an entire row. As each pedestal crashed into its neighbor, its sculpture was knocked onto the side of the adjacent stand, the last piece landing on the floor.

Birch’s display, called Hypercaine, featured his own work and that of his fellow artists Gabriel Chan, Jacob Blitzer, and Gloria Yu. According to Yu, “Three sculptures were permanently damaged,” while others were damaged to “varying degrees.” Ironically, Los Angeles Times writer Carolina Miranda had referred to Hypercaine as a “series of wondrous, over-the-top sets for the perfect selfie.”[2]

8 Statue Of The Two Hercules Damage 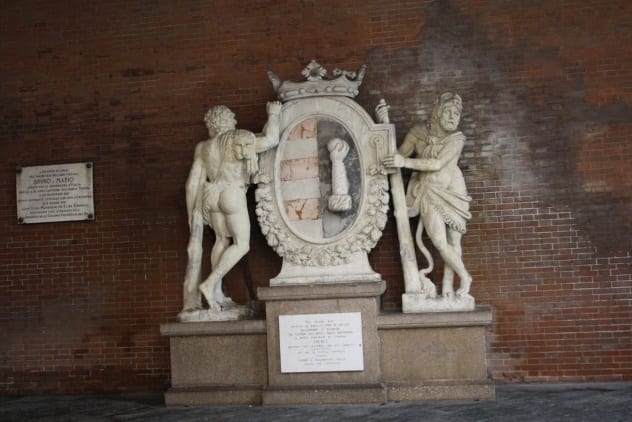 In 2015 in Cremona, Italy, a pair of tourists broke a crown off the priceless Statue of the Two Hercules, sculpted in the early 1700s. The statue features two figures representing the demigod for which the work is named. One faces forward with the other facing toward the rear, each steadying the crowned shield standing between them, which frames a severed arm, the hand of which holds a ball. The emblem of the city, the statue has stood in Cremona since its completion. It was moved from atop the city gate to the Piazza del Comune in 1962.

The marble crown fell off the statue when the tourists tried to climb it so they could take a selfie. Falling to the piazza, it broke into pieces. Authorities have identified the culprits, and the amount of damage they did to the statue is being assessed.[3] 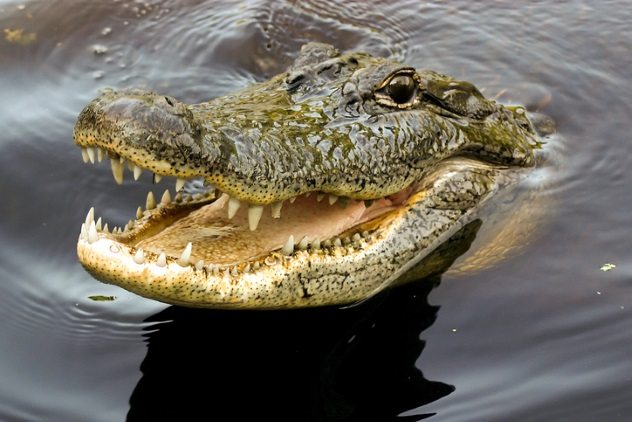 In January 2017, French tourist Benetulier Lesuffleur, 47, paid a price for the selfie she sought to take during her visit to Thailand’s Khao Yai National Park. When she and her husband spotted a crocodile, she insisted on taking a selfie with the reptile. Disregarding posted signs warning visitors not to leave the park’s trails, Lesuffleur hastened to the pond, where she tripped, falling into the water. The crocodile bit her leg.

Rescued before the animal could attack her again, she was taken by stretcher to a local hospital, where she was expected to recover fully from her ordeal.[4]

6 Fall From A Bridge 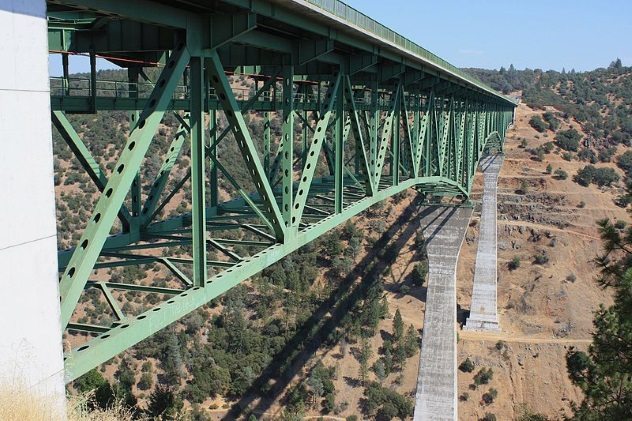 An unidentified young Sacramento, California, woman fell 18 meters (60 ft) from the Foresthill Bridge in North Auburn, California, on April 4, 2017. She and her friends were walking along a catwalk beneath the bridge when she lost her balance while trying to take a selfie and plummeted from the bridge onto the trail below. The walkways beneath the bridge are closed to the public, and the woman and her friends could have been cited for trespassing, although police declined to charge her.

“The deputies on scene felt the fall would leave a lasting enough impression to prevent her and her friends from trespassing on the bridge again,” officers posted on the sheriff office’s Facebook page. However, the office issued a warning: “You will be cited and/or arrested if found in any closed location. Worse yet, you can lose your life, and none of that is worth a selfie! Enjoy the bridge and canyon from the designated areas.”

The woman, who was airlifted to a hospital, is expected to survive.[5] 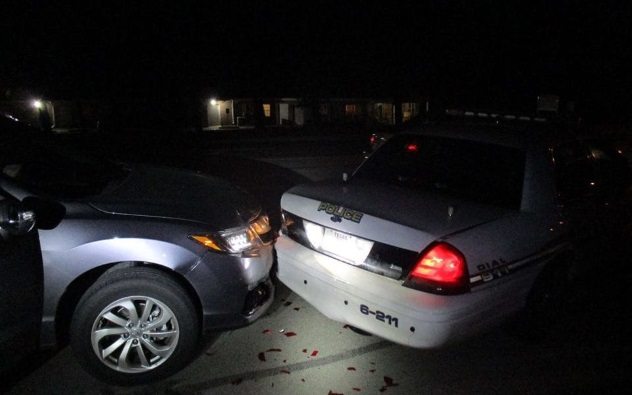 College student Miranda Kay Rader, 19, was arrested for driving while intoxicated and possession of alcohol as a minor after smashing into the rear end of a police car. She did so while trying to take a topless selfie to post on Snapchat for her boyfriend. The police officer heard her brakes squeal before her vehicle, an SUV, struck his patrol car as he was investigating a report of a disturbance in the area. He found an open bottle of wine in her console’s cup holder.

Rader was driving home to her on-campus residence on October 27, 2016, when the accident occurred. After she was charged, Rader bailed herself out of jail, posting a $2,000 bond.[6] 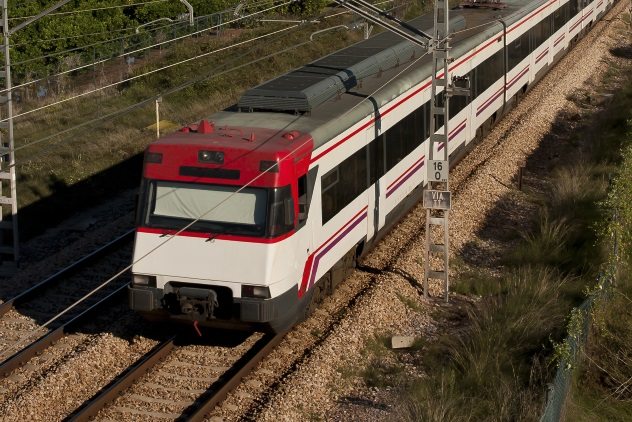 In March 2014, an unidentified 21-year-old man from Andujar in Southern Spain was electrocuted when he climbed atop a train to take a selfie and touched a live wire. He and his friend didn’t think the wire was electrified. The other man also received a severe electric shock from the 3,500-volt discharge, but he survived.

When paramedics arrived at the scene, the 21-year-old man was already dead. His friend was listed as being in serious condition at the local Alto Guadalquivir Hospital.[7] 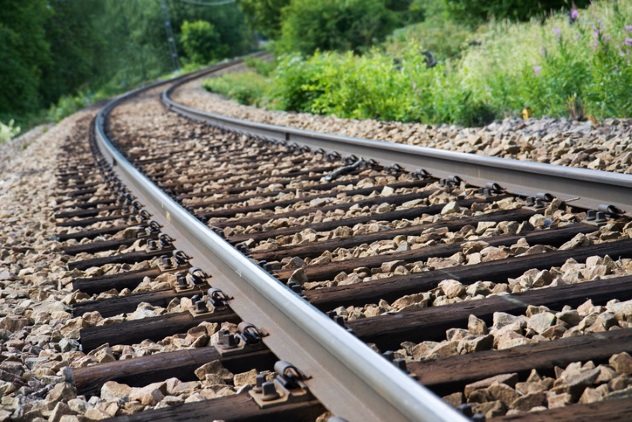 In November 2014, Carla Nunez’s 12-year-old daughter Charlotte lost her life when she was struck by a train while she took selfies on a railroad track. Nunez has since received a letter from SNCB, the Belgian rail operator, notifying her that she’s responsible for the damage her daughter caused. As a result, Nunez owes $21,400, the cost of repairing the tracks.

Nunez was shocked. She had insurance and could not understand why SNCB would have sent the bill to her instead of her insurance company. The notice felt to her like a “hammer blow,” she said, and she had “a good mind” to go to the home of SNCB’s chief executive, Jo Cornu, and demand “what in hell possessed his company to do such a thing.”

Socialist Belgian MP David Geerts was incensed at SNCB’s insensitivity as well. “How can one ignore the emotional impact of such a letter, sent to people who have lost a loved one?” he asked. “Instead of sending a bill for damages [ . . . ] it would have been better to show some empathy.”[8]

2 Gunshot To The Head 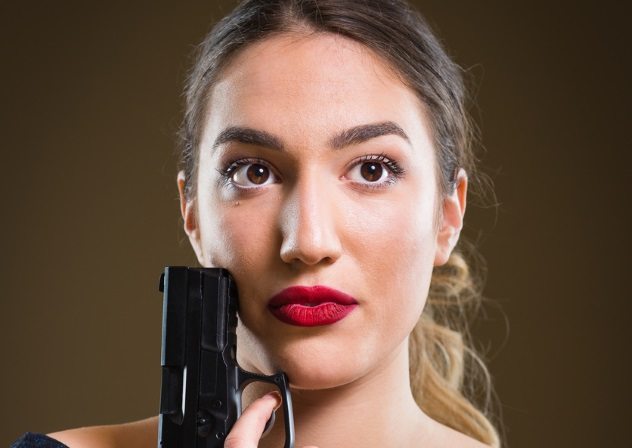 On May 21, 2015, an otherwise unidentified 21-year-old Russian office worker was posing for a selfie while holding a gun to her head when the 9-millimeter handgun went off. The gun belonged to a security guard who worked at the Moscow office. He’d left it behind two weeks earlier, when he’d taken a vacation. Finding the gun, the office worker decided to use it as a prop in her selfie. As she sought to take her picture with one hand, she accidentally squeezed the gun’s trigger, shooting herself in the temple at close range.

Although she survived the self-inflicted injury, the woman was listed as being in “serious condition,” a spokeswoman for Moscow’s Sklifosovsky hospital said.[9]

Incredibly, a similar incident occurred in India in 2016, when a 15-year-old teenager tried to photograph himself while he pointed a gun at his own head. Using his father’s .32-caliber pistol, Ramandeep Singh was posing with his older sister. Instead of clicking his telephone’s camera, he pulled the handgun’s trigger. Hearing the gunshot, neighbors notified his father, and Singh was taken to a private hospital in Ludhiana, Punjab. The teen died of the wound. 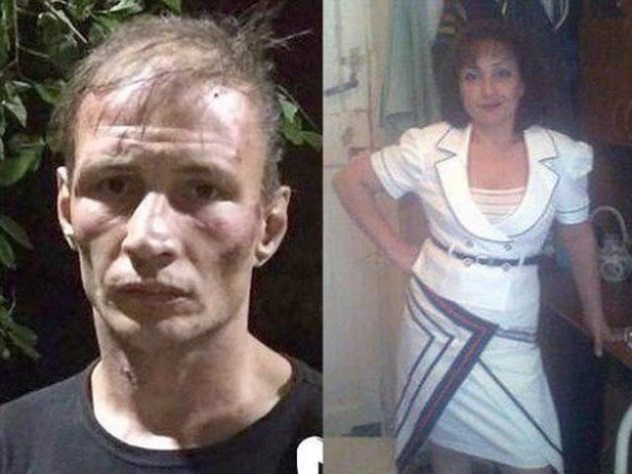 Police believe Dmitry Baksheev, 35, and his wife Natalya, 42, may have killed as many as 30 people over the last 20 years, while they lived at a Krasnodar military barracks in Southwest Russia. In September 2017, road workers found Dmitry’s phone. It contained selfies of him posing with a severed hand and other body parts from a female body. The workers tipped off the police, who searched the couple’s dormitory. In their room, authorities found human body parts and recipes for cooking human meat. Police believe Dmitry murdered and butchered the woman in the selfies three days before, after he and his wife quarreled with her while drinking. Local media printed a photo of Dmitry with a human hand in his mouth.

During their search of the couple’s quarters, police officers also found salted pieces of a human body, frozen meat, and a jar containing the same severed hand with which Dmitry had posed in his selfie. In a basement near the couple’s room, police also discovered a woman’s remains. Authorities are investigating the woman’s death.

Although Dmitry claimed he’d merely found the body parts with which he’d posed in his selfies, police believed he and Natalya are cannibals who may have killed 30 people. Vitaly Yakubenko, an entrepreneur, informed media that, during an interview for a chef’s position, Natalya had asked where Yakubenko bought the ingredients for his dishes. “She kept asking everything about meat,” Yakubenko recalled, and “whether I wanted to buy it cheaper. Apparently she wanted to sell human meat in my bistro.”

Dmitry finally confessed to murdering the woman, and Natalya admitted she and her husband had, in fact, killed 30 people since 1999. They’d drug their victims with ether and Corvalol to subdue them. Then, they’d kill them. Their apartment was said to smell of the drug. Searching their dormitory to verify the truth of their confessions, police found “video lessons for cannibals” and human body parts stored in the couple’s refrigerator and freezer and in a cellar. The cannibal killers haven’t yet been sentenced.[10]