Ancient cultures like the Chinese and the Greeks looked up at the sky in awe and racked their brains to figure out just what was going on up there. They made remarkable breakthroughs, but things really ramped up in the 20th and 21st centuries as technology advanced. Some of those discoveries might be unfathomable to the non-scientists out there, but they’re certainly real. 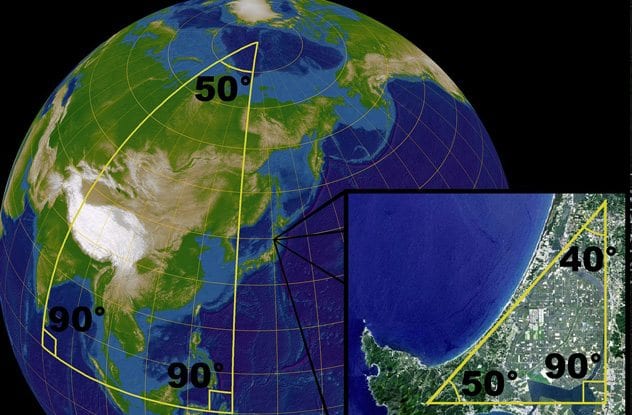 The idea that space can be flat or curved is strange and maybe not even believable, but alas, it is true.

Albert Einstein realized the space around gravitating objects is curved, which accounts for things like orbits (more on that next). One way to determine whether space is flat or curved is by testing Euclidean geometry in these spaces. This is geometry performed by Euclid, a mathematician from Ancient Greece that wrote up all the formulas you learned in high school geometry.

For example, in Euclidean geometry, a triangle’s angles add up to 180 degrees. Not in curved space. It’s because the curvature of the straight lines (what an oxymoron) causes the angles to be bigger. You could draw a triangle with three 90-degree angles.

Think about that for a minute.

9The Not Force Of Gravity 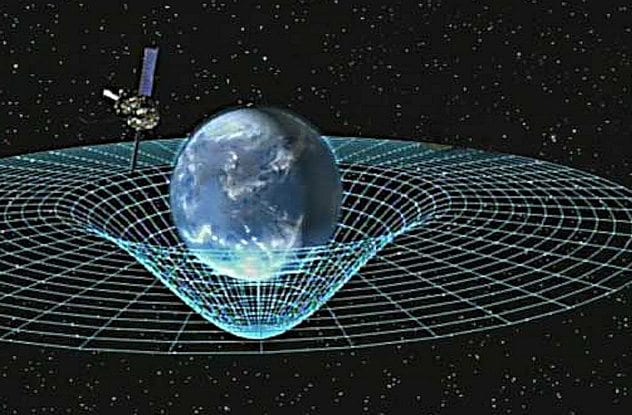 Remember in high school physics when you learned Isaac Newton’s Three Laws of Motion? And the force of gravity? Force is mass times acceleration, or 9.8 m/s2? Forget it. Almost.

Newton was not completely wrong with his laws about gravity; however, he wasn’t completely right. Turns out, in his formulas, you could theoretically get answers, like the potential for infinite gravity, that just don’t add up, and Albert Einstein saw that. He then came up with his own equations that answered questions about gravity that Newton’s equations couldn’t. This is how we get curved space, which causes the phenomenon of gravity.

Imagine space as a rubber sheet. Now stick a bowling ball, representing Earth, on it. You should be seeing a curve in the rubber around the Earth. Keeping this in mind, if you were to roll a smaller, lighter ball (the Moon) at the edge of that curved rubber, it would get caught in the curvature of the rubber (gravity) and go in circles, or orbit around the Earth. This is how gravity works according to Einstein.

The big takeaway here? Gravity is not a force, so forget high school physics. Only that part, anyway. 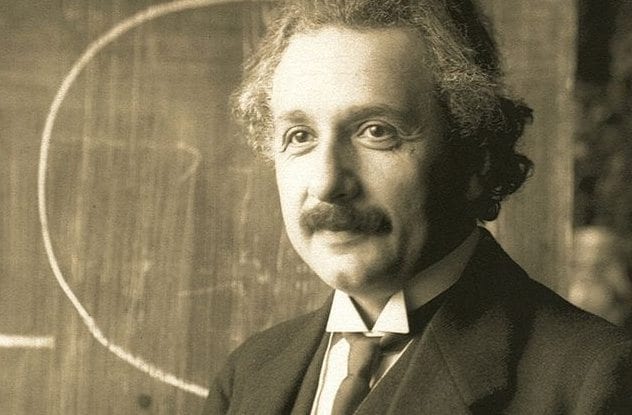 Einstein’s theory of relativity is a complicated one, so hang on to your hats, boys and girls. This one plays in with curved space and gravity not being a force, but it is by far its own animal.

On larger scales, as an object moves from an observer, time slows down to that observer. For instance, if you hold a clock in front of you, the seconds will tick like normal. Move that clock farther away, and those seconds and minutes, to your perspective, will slow down. They don’t really slow down, but they look like it.

This goes for all kinds of things, like aging and light. If you hold a blue light in front of you, it will look blue, but as it moves farther and farther away, it will start to look red because red has a longer wavelength. This is also why the pitch of sound, like when you hear a train horn, changes. As it gets closer, the wavelengths shrink, so the frequency and the pitch go up. As it goes away, the wavelengths get longer, and the frequency and pitch drop.

On Earth, these relative differences are very subtle, almost negligible, which is why Newton’s laws are used and taught in school. They serve their purpose just fine on Earth, except in one respect: Global Positioning Systems.

GPS devices use Einstein’s Relativity to function properly. Time at the satellites above Earth pass slower, to us, than it really does, and for the satellites, time moves faster down here, due to Earth’s gravity. These time differences are great enough that they would completely throw off your travel time. To make sure we get to where we’re supposed to be, GPS devices rely on Einstein’s time. 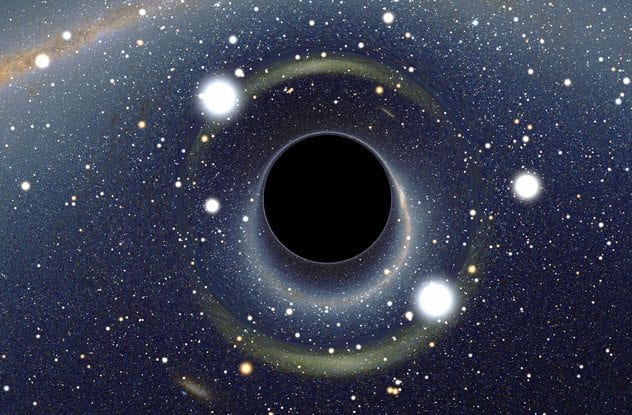 Black holes are still a great mystery. Their very nature is what makes them so difficult to understand. For one, you can’t see them. Their gravity is so strong, nothing can escape, including light. Matter would have to move faster than the speed of light to get out of the grip of gravity (called the escape velocity), which is impossible. This is how black holes got their name: no light comes out of it, so we can’t see it, therefore it’s black. Simple.
Except they’re not so simple.

Black holes are a sort of stellar carcass. When a massive star (much bigger than our Sun) dies, it blows up into a supernova and will collapse into a neutron star or a black hole, the latter of which is completely unlike a star. Black holes have an extreme gravity that leads to a singularity where there is infinite density, where all of the mass is packed, and where time stops completely. The event horizon is the “point of no return” on the outer part of the black hole where the escape velocity exceeds the speed of light and space and time move in one direction: forward.

Once you cross into the event horizon, you’re not coming back. If you get to the singularity, you will die an ugly, but quick, death. Because the tidal forces are so strong, your body will be unnaturally elongated, and you will be crushed front to back and side to side. You’ll end up looking like string, which is another reason we don’t know much about black holes. It’s too risky. 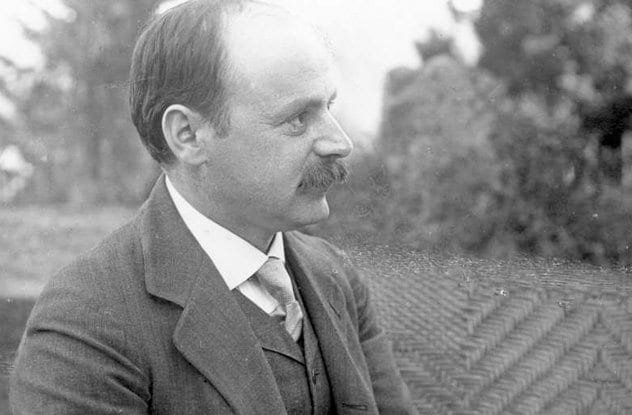 This one does sound like pure science fiction, but it is a legitimate concept that scientists have grappled with for a century.

During World War I, Karl Schwarzschild wrote up the first equation about black holes, like their radii, and even more fascinating, what’s inside. He wrote that at a single instant, the singularity (that point of death that crushes you) connects to an infinite parallel universe completely independent of but within our own universe.

Even crazier is what a man named Roy Kerr wrote. His equations apply to a rotating black hole. That makes a world—or worlds—of difference. His equations turn the singularity into a ring instead of a dot. This ring is almost like a portal that would lead to infinite universes. If you went through the singularity (without touching the ring because you’d die) you would go into another space somewhere else and could not go back through that same singularity to the space whence you originally came. The space that you would enter would be inside a white hole that, as the name suggests, is the total opposite of a black hole in that nothing can come into it but can only spew out. In theory, you could go out of that white hole and be in a universe just like ours but isn’t ours. If you wanted, you could find another black hole, go in, and come out of a white hole in a third universe. You could repeat this process forever, if you wanted to.

Of course, all of this is just in math, not reality. While it probably is not true, due to factors like adding mass, it is a concept that scientists have to take seriously and deal with today. 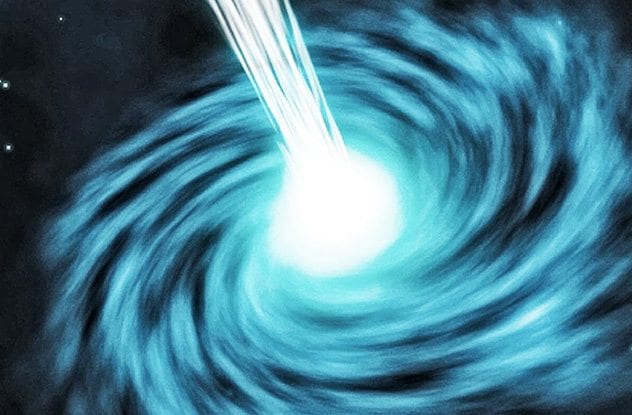 A white hole is the complete opposite of a black hole because nothing can go in. It is structured just like a Kerr black hole, though, in that its singularity is ring shaped and acts as a gateway to other universes. It does have an event horizon as well that does not allow those who cross it to come back inside because the space and time are that strong. 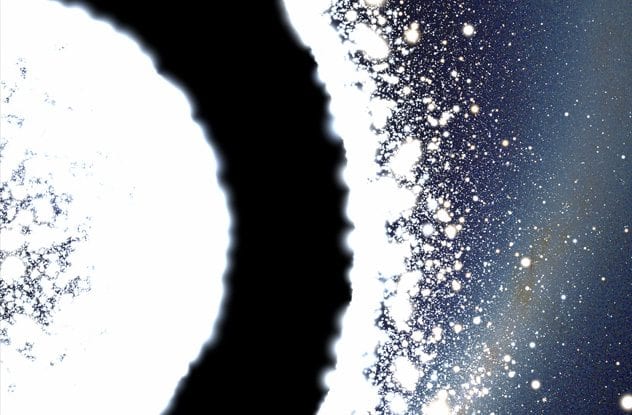 These are also results of the equations behind black holes and white holes but don’t necessarily have to do with alternate universes and hyperspace. Instead, these deal with our own universe.

According to the equations, these wormholes could connect space-time as a shortcut. To visualize this shortcut concept, imagine a giant block of concrete in front of you. To get directly to the other side, you have to go around it. The straightest route you could possibly take is to walk directly to it and rub your shoulder along the edge as you walk around it. To make it shorter, you could just cut a hole in the concrete and go through it. Same place, same universe, but a different and a very difficult way.

Of course, there are many technical aspects wrong with this analogy, but it gets the point across. Wormholes could cut through some weird space-time to get from one part of the universe to another without having to travel through the space-time of the universe itself.

Wormholes start with a black hole and spew out of a white hole somewhere else in the universe. But, as with a lot of this, it is still purely hypothetical. The fact that it is under serious scrutiny is mind-blowing enough. 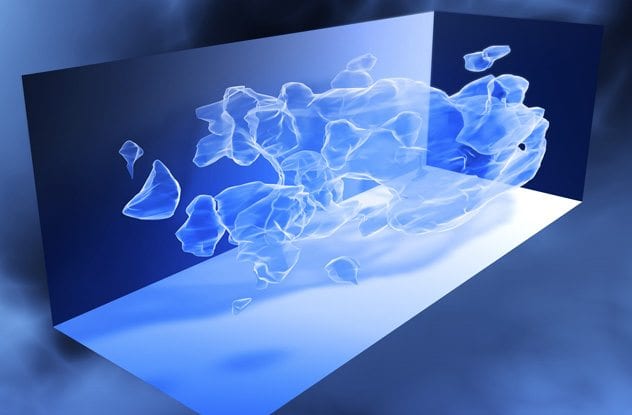 Less brain-melting but still puzzling and crazy is that there is so much stuff in the universe, but the catch? We can’t see it, we don’t know what it even is, and it’s everywhere.

That’s about all we know about dark matter, the substance that makes up 27 percent of the universe. And dark energy, something totally unrelated but just as mysterious as dark matter, makes up another 68 percent. Normal matter, like the protons and neutrons you’re made of, makes up only about 5 percent.

Dark matter was discovered by Vera Rubin when she realized the total mass of galaxies was more than the mass that the detectable objects in the galaxy should have added up to. That means that there’s something in these galaxies that can’t be seen or detected that has mass.

How can that be? What is this stuff? These are questions that mess with astronomer’s brains every day for the same reason they puzzle ours. This just doesn’t make sense.

2Whatever It Is The Universe Is Expanding Into 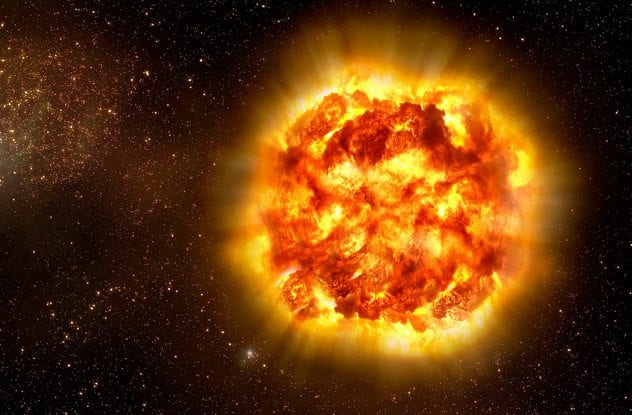 Along cosmological lines is another big question: What is outside the universe?

Many know that the universe goes on forever. It has no edge and no center, but it is constantly expanding. That is, the space between galaxies is growing. This can be seen in the redshift of nearby galaxies. Red shift happens when an object is moving away from us, therefore its wavelengths of light are getting bigger, so the light is getting redder.

So, the universe is expanding, but what is it expanding into? What is on the other side of the universe? This concept is mind-boggling and certainly difficult to fathom, but this is real life. 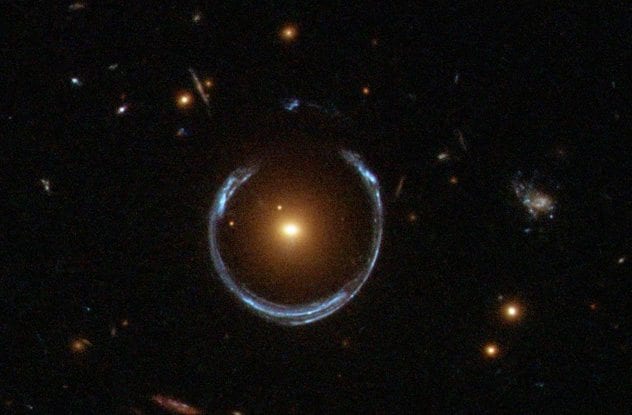 This last one is perhaps the least mind-blowing, but it still makes you scratch your head. Also, unlike the others on this list, it has soundly been proven, but that doesn’t make it any less crazy.

Gravitational lensing is when you observe an object to be in some position in space, but it isn’t there. This is because the light being emitted from its actual location is being refracted due to the gravity of an object that is in the way.

Gravity bends light. Chew on that one.