Overall, humans may be the most intelligent, strongest, and most prosperous species on the planet. But we can’t keep up with every one of the millions of other species that exist. Various creatures around the globe have made astonishing adaptations that have allowed them to survive and thrive in their various environments. 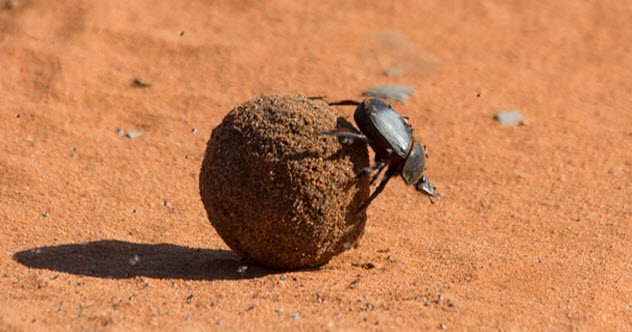 As humans, we see ourselves as the strongest race. Although our strength is notable, tiny critters such as beetles and ants put us to shame. The dung beetle, for instance, pulls 1,141 times its own body weight! While it may not seem remarkable due to its small stature, keep in mind that the human equivalent of such strength would require the ability to lift almost 73,000 kilograms (160,000 lb).

In the way of sheer weight, African elephants take the cake. These enormous, lovable creatures can carry over 9,000 kilograms (20,000 lb). This is done using their massive trunks. Due to the trunk’s tens of thousands of muscles, elephants can lift huge objects, including their young, and consume the incredible amount of water they need to survive.

Small creatures such as ants and beetles are so strong because their strength is not relative to their weight or physical size. It is relative to the cross-sectional area of their muscles.[1]

In practice, this means that if you were to double an organism’s length, the cross section of the muscles would go up fourfold and its volume and weight would increase eightfold. However, a longer organism will not develop the proportionally stronger muscles required to compensate for lost strength. 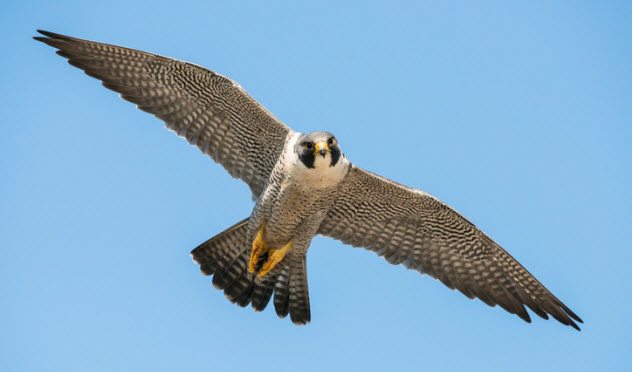 Unlike with strength, smaller creatures do not necessarily steal the show in terms of sheer speed. For instance, one of the fastest men alive, Usain Bolt, was noted for having reached the speed of 44.72 kilometers per hour (27.79 mph) in a 100-meter (330 ft) dash. A cheetah, however, easily doubles Bolt’s speed in only three seconds.

A bird noted as one of the fastest living creatures, the peregrine falcon, can reach an earth-shattering 355 kilometers per hour (220 mph). This incredible creature beats nearly every peak of human innovation.

The reason for this is simply necessity. To intercept its prey in the sky, the peregrine falcon must dive at remarkable speeds. A combination of its slim feathers, pointed wings, and aerodynamic body allows it to reach such speeds.[2] 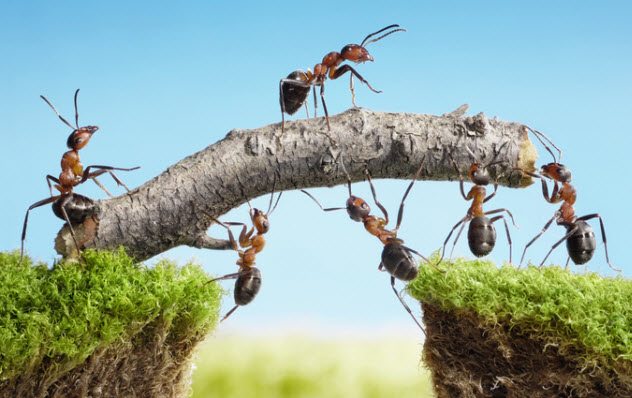 We can all admit that humans are not the most productive creatures at times. But we have also heard the saying “as busy as a bee.” Some bees will work only several hours, while some will work over 12.

Worker bees, which operate within the hive at all times, are busy day and night. Due to the lack of restrictions based on environmental and time factors, these bees can continue their tasks, such as cooling the nest with their wings, tending to various honeycombs, and, of course, taking lunch breaks.

Ants are another prime example of a hard-pressed species. As a community, every member must fill a role. Some will defend their colony, some will collect food, and some will even invade and enslave other ant colonies. Not only is it hard work, but it is demanding and lengthy.

While we get to lie down at the end of a hard day and rest for hours, worker ants get a measly 4–5 hours of sleep throughout the day. Not by having 2–3 naps, though. No, these restless workers take hundreds of short power naps.[3] This is also expected to reduce their life spans. 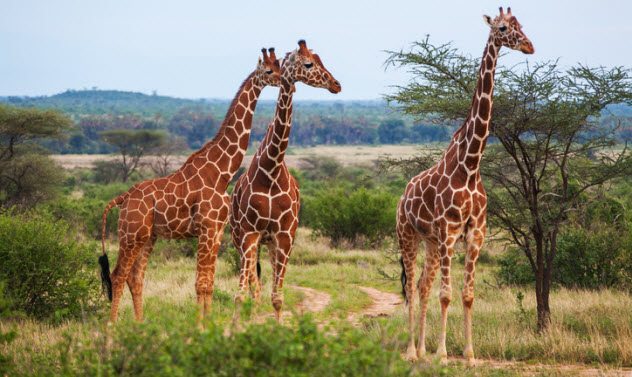 As humans, we’ve made some incredible adaptations. However, these have relied heavily on machinery and construction. Other animals lack the ability to craft such meticulous things with their hands.

As such, over thousands upon millions of years, they have been forced to adapt.[4] Suppose an animal living in Southern Africa was not able to adequately feed itself because it could not reach its food. Over a very long time, that creature’s neck would grow, eventually becoming what it is now—a giraffe.

A classic example of an adaptation? Flight.

While monkeys choose to swing and jump across the vast canopies, some animals take a simpler approach—flight. Animals that have to migrate long distances also benefit from this adaptation as it allows large groups to travel by sky.

Some scientists fear that humans will no longer adapt within the next thousands of years. Due to machinery, we are nearly exempt from natural selection and are not “required” to adapt. We can only hope that spiders, scorpions, and bees don’t choose to revolt against us. 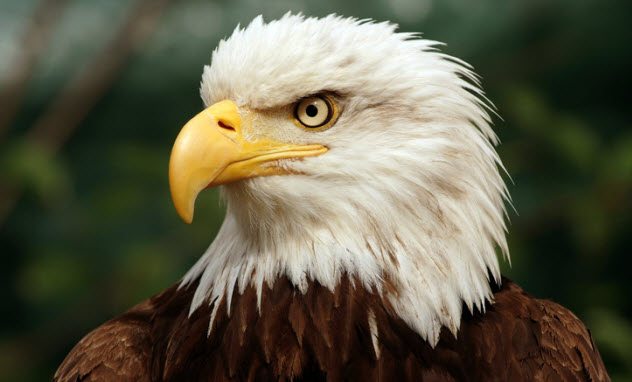 Animals take this one by a landslide. Don’t get us wrong, humans have some incredible optical equipment. Beyond contacts and glasses, we’ve designed telescopes capable of seeing great distances across our universe.

In practice, however, this equipment doesn’t compensate for our shortcomings in real-world practice. This is likely because humans no longer need to roam wide, open areas to survive. Creatures without access to agriculture, like birds, need strong eyesight. They must be able to see their prey long before the prey sees them. 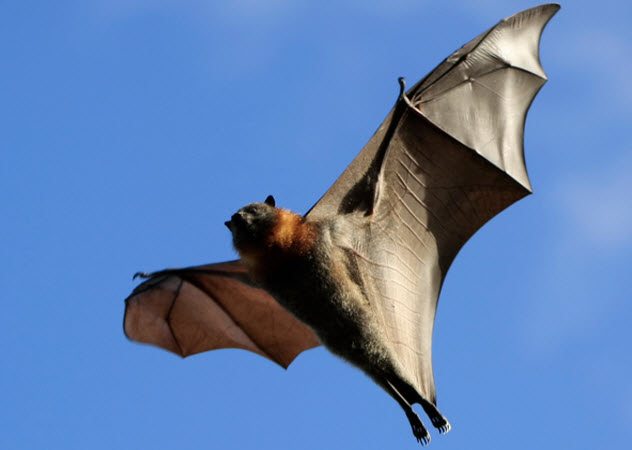 Although you might think that you have better sight than a bat, you definitely fall behind in the hearing department. A bat’s hearing is so powerful that it almost single-handedly compensates for the creature’s terrible vision. As a bat travels through a cave, it emits squeaking sounds that bounce around the nearby walls. The animal uses this information to know where not to fly.[6]

A phenomenon common in many species is the idea that a lack of one sense strengthens another. In the bat’s case, a lack of sight means less brain power devoted to seeing. As a result, more brain power can be devoted to its hearing abilities. 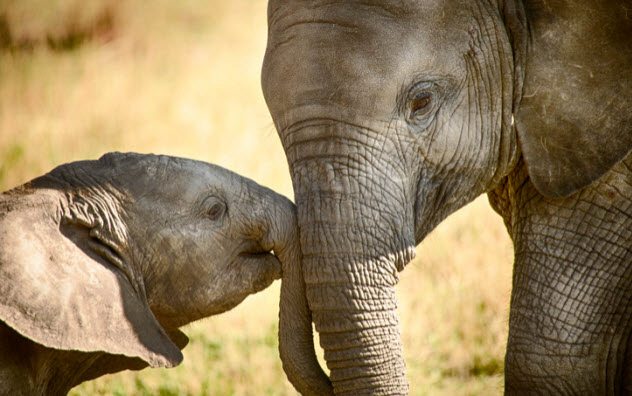 Humans are incredible. We can sing, write, create language, explain remarkable things, and build space shuttles. Our seemingly less intelligent neighbors, however, have us beat in many categories.

For instance, homing pigeons. No, not the ones from Harry Potter. Real-life homing pigeons. These cool little guys can travel over 1,770 kilometers (1,100 mi) and find their way home without any GPS or flares. The most amazing part is that they can use an iron structure in their beaks to determine their geographic position relative to the Earth’s magnetic field.

Elephants may not seem too intelligent. But wow, are they astounding. According to researchers at the University of St. Andrews, elephants can use scent to create a mental map of their family members. Elephants can also identify how threatening people intend to be by human scent and clothing color.[7] 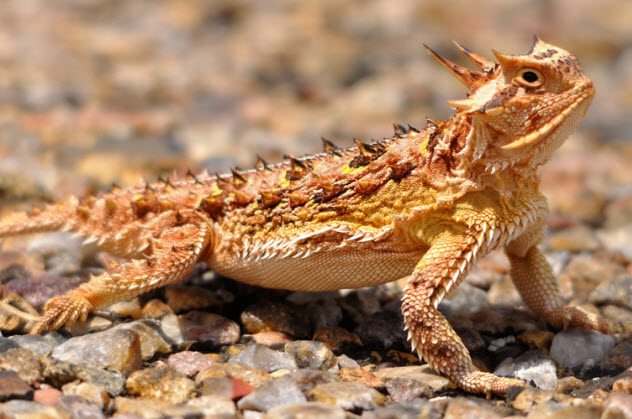 Humans like to consider combat as one of our greatest accomplishments. Various martial arts, such as Krav Maga and Muay Thai, have been developed over centuries alongside technological marvels, starting with the musket and moving on to the weapons we know today.

We have truly taken combat and self-defense to an incredible scale. However, in the animal kingdom, the playing field is much rougher. In the underwater ecosystem, squid simply shoot ink at their predators. However, this is not the most extreme example.

At first glance, the Texas horned lizard appears to be a standard lizard—spikes on the back with rough, scaly skin. Get on his nerves, however, and you’ll realize how mistaken you are. This lizard sprays blood from its eyes.[8] While the practicality is questionable, it’s astounding how this lizard improvises when necessary. 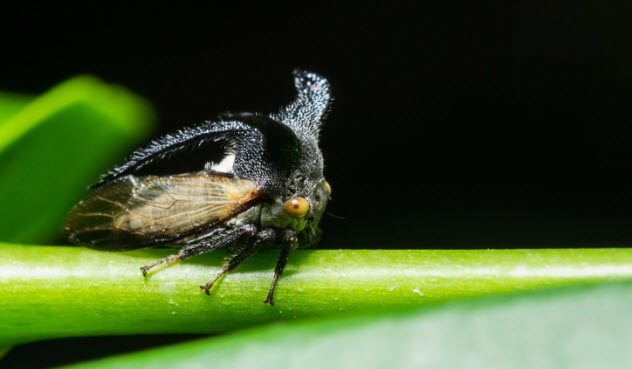 You’re probably on a cell phone or computer right now. They are amazing forms of communication, but they can’t compete with good, old-fashioned nature.

Treehoppers, very small insects resembling leaves, extract sap from trees. As a natural ability, they can convert this liquid into honeydew. Many geckos absolutely love honeydew and, as a result, provide a hearty business for the treehoppers.

When a gecko finds a treehopper, the gecko can request honeydew by vibrating its head. Shortly after a confirmation on the treehopper’s end, it will deliver some of the honeydew to the gecko. It is unknown why they merrily do this, but it has been theorized that the honeydew is a sort of “protection money.”

Ants communicate using pheromones, which are scented chemicals. Using their antennae, other ants can detect these various chemicals, with each acting as a sort of message or word.[9]

For instance, an ant coming under attack may emit a pheromone detectable by thousands of members of its colony. As a result, what seems like a lone ant might change very quickly. 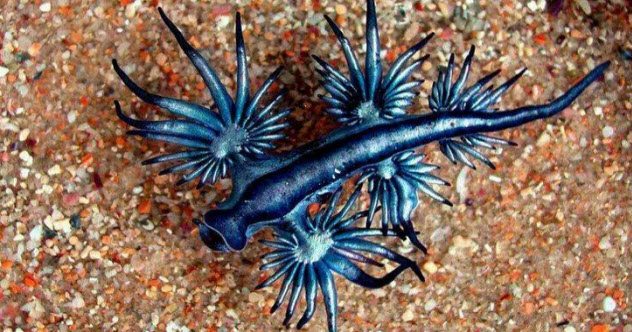 Oftentimes, we consider other species to be hideous. A close look at a butterfly or ant would disgust many people. In contrast, a human male might find a woman attractive. Scientifically, this has not been definitively explained. Despite this, many animals exist that look truly incredible.

Animals such as baby chickens, birds, and rabbits are universally adorable. Scientists have claimed that this is due to their resemblance to human babies: large eyes, a rounded face, and small stature.

Some animals, in contrast, are simply astonishing. The “blue dragon” is a marvel of nature, having two differently colored sides. One side matches the appearance of the glimmering silver ocean surface, and the other side matches the blue of the ocean water.

This small creature is capable of taking on massive prey, such as the Portuguese man–of–war. This may be due to the blue dragon’s sting, which is similar in strength to the man–of–war.[10]

Unfortunately, many of these magnificent creatures are endangered. This may be due to many various factors, but one thing is true: A world without some of these beautiful animals would be a sadder one.

Alex is a novice, albeit ambitious and creative writer. He has experience in dispersed, diverse fields of writing and would love to show you his work.

Read more about amazing animals on Top 10 Secret Ways Animals Help Humans and 10 Incredible Things Animals Can Do That We Can’t.