Serial killers, spree killers and domestic terrorists. They’re some of the most reviled and hated people in society. But as German author Hannah Arendt says, “The sad truth is that most evil is done by people who never make up their minds to be good or evil.”

Violent crime isn’t just reserved for the underclasses or the mentally inferior. Some of history’s most heinous murders have been perpetrated by seemingly decent, upstanding members of society, including the decorated military heroes of Uncle Sam. 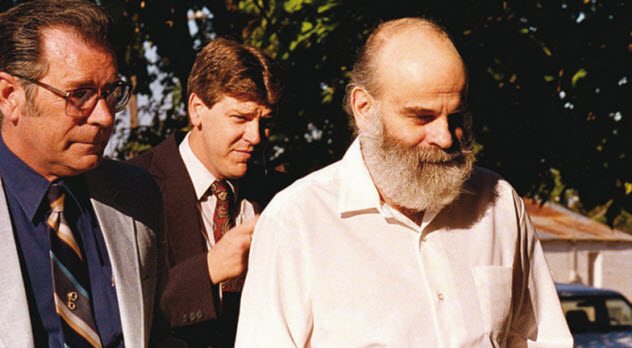 As he was born into an Army family, there was very little about young Ronald Simmons that suggested he’d do anything other than follow in his father’s footsteps and join the military. And, in 1965, he did just that.

During his two-decade service in the US Air Force, he would go on to earn the Republic of Vietnam Gallantry Cross, the Bronze Star Medal, and the Air Force Ribbon for Excellent Marksmanship. In November 1979, he retired as a master sergeant.

Eight years later, Simmons would set the record for the largest all-in-the-family slaughter in American history.[1]

It was Christmas 1987, and the now-retired Simmons drove to the nearby town of Russellville, Arkansas—a short drive from his home in Dover. Once there, he shot six people at random. Two died; four survived. It was December 28. A full two days after he had shot, drowned, and strangled 14 members of his immediate family.

After the bloodbath, Simmons went to his favorite local bar for the evening. He spent the next day drinking at home, surrounded by the dismembered and bloodied corpses of his relatives. 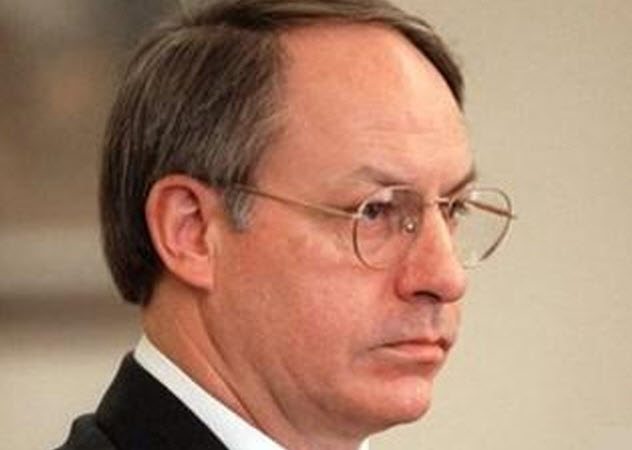 Known rather unimaginatively as the “Spokane Serial Killer,” Robert Lee Yates Jr. killed 16 people in the state of Washington between 1975 and 1998. Yates would kill his victims, mostly female sex workers, in a very similar fashion.

He would pick up the women, assault them, rob them, and then shoot them point-blank in the head with a handgun. Thirteen of Yates’s 16 victims were murdered almost immediately after he retired from the US Army in 1996.

Service seemed to distract Yates from his desire to kill. Well, to kill civilians, at least. But once he retired and returned home to Spokane, he couldn’t help himself and wreaked total havoc on the poor women living on the city’s Skid Row.

Yates’s defense? His attorneys argued that his actions were the result of him being “a necrophiliac through no fault of his own—a man who suffers from a severe paraphilic disorder.” Suffice it to say that excuse didn’t get him off, and the decorated soldier was sentenced to two death sentences and 408 years in jail.[2] 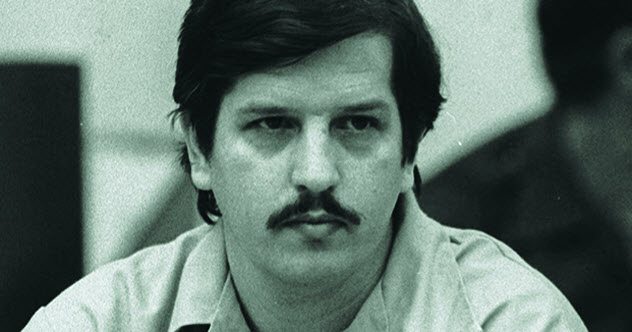 In California, he was known as “The Freeway Killer.” To the prosecutor at his trial, he was “the most arch-evil person who ever existed.” But to the US Air Force, he was a hero.

William George Bonin was a decorated veteran of the Vietnam War. He clocked up almost 1,000 hours of active patrol time in the conflict, even winning a medal for bravery.

But saving a fellow airman at great personal risk and being awarded a Good Conduct Medal doesn’t necessarily make you a good man. Or even a good soldier. Bonin would later admit to raping two fellow servicemen in Vietnam at gunpoint at around the same time as his heroics.

It was his actions after his honorable discharge in 1968 that made Bonin infamous. Five violent sexual assaults on young men would see him arrested and subjected to a series of intrusive psychiatric examinations at Atascadero State Hospital during his incarceration there. He was later transferred to state prison and, in 1974, released. It was then that the carnage really began.

Over the course of the next few years, Bonin grew ever more deranged and violent. His anger and hatred culminated in a savage murder spree between 1979 and 1980 in which he abducted, raped, tortured, and killed at least 21 young men and boys in Southern California.

A man of high IQ, Bonin co-opted four different vulnerable men to help him find and lure victims to his “death van.” He often forced the men to take part in the mayhem.[3] Bonin was executed in San Quentin State Prison in February 1996. 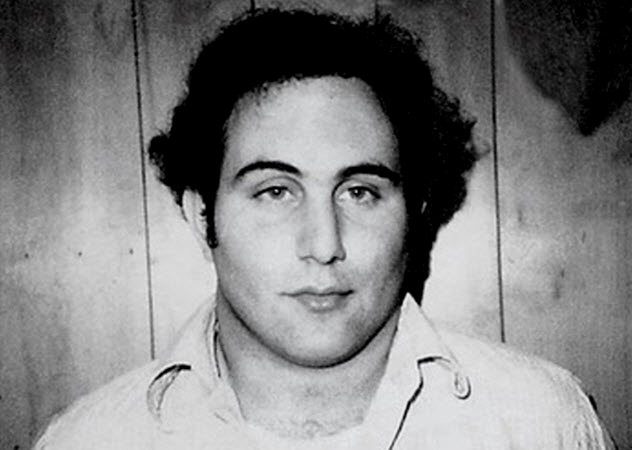 New York City was in the grip of a wild panic in the long, hot summer of 1977. A spate of .44 caliber shootings had the city in meltdown. When the man responsible was finally caught, his pudgy, innocent-looking face belied the vicious nature of his crimes. The killer was a man by the name of David Berkowitz. He was the “Son of Sam.”

Berkowitz would later claim to have been just one shooter from a killer collective with satanic leanings. However, he was the only person ever tried and sentenced for the Son of Sam killings.

He joined the US Army in 1971 and saw active duty in Korea. He was soon an extremely valuable asset to his superiors. Why? Well, he became an expert rifle shot. Something that the bosses, understandably, looked favorably upon in times of conflict.

Five years later, after an honorable discharge from the army, Berkowitz would transfer his shooting skills to the streets of New York and leave a permanent black mark on a nation’s history.[5] 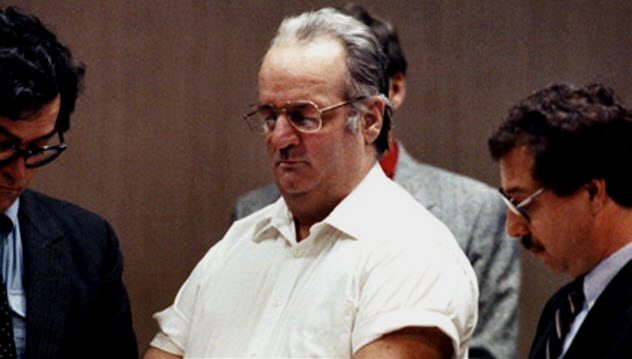 So are you getting the picture yet? A surprising number of serial killers learned their trade in the military. Or, at least, they got hooked on violence and became desensitized to it to such a degree that they just couldn’t stop killing when they returned from active duty.

The case of the Genesee River Killer perhaps demonstrates this best. Or maybe it doesn’t. You see, there is some debate as to the military career of Rochester’s Arthur Shawcross. In the late 1980s, he killed at least 14 young women.

Why? Well, he claims to have gotten a taste for murder and carnage in Vietnam as part of the CIA-sponsored Phoenix program, a bloody initiative designed to “aggressively neutralize” the Vietcong.

Shawcross claims that he quite literally “tasted blood” as he shot, stabbed, maimed, burned down, raped, and cannibalized his way through Vietnam as part of the secret elite US kill squad. The CIA, however, denies the serial killer’s claims. The army even goes so far as to say he never saw active duty.[5] Who knows where the full truth lies? 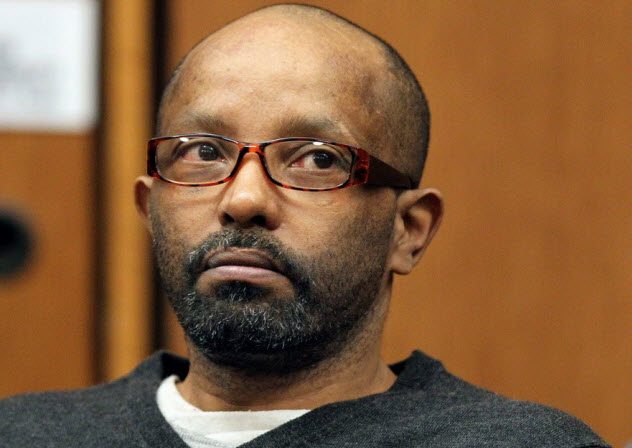 Between May 2007 and September 2009, Anthony Sowell committed 11 brutal murders that would earn him the nickname “The Cleveland Strangler.” A violent crack cocaine user, Sowell’s violence against women started when he was young. From age 11, he raped his young niece on an almost daily basis. This carried on until he was 19 years old.[6]

A decade later, Sowell was jailed for 15 years for kidnapping and raping a pregnant woman. Once out, he began a campaign of terror and murder than would see 11 young women die at his hands.

Sowell, it seems, quelled his violent instincts. At least long enough to dedicate himself for more than a decade to the United States Marine Corps. Sowell knuckled down in the Marines, reaching the rank of corporal.

He served in Japan and received a Sea Service Deployment Ribbon, a Meritorious Mast, a Good Conduct Medal with one service star, a Certificate of Commendation, and two separate Letters of Appreciation. 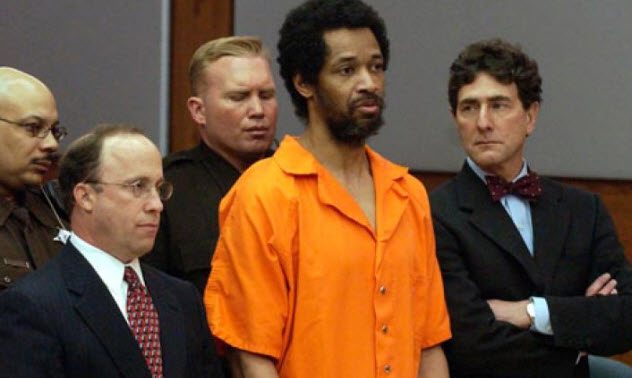 If there’s one thing you could say about John Allen Muhammad, it’s that he was a damn good sniper. Between 1991 and 1994, he was a respected marksman in the Gulf War, earning himself an Expert Rifleman’s Badge. He would also go on to pick up the Southwest Asia Service Medal and two Kuwait Liberation Medals during his service.

The “sniper” tag stuck, though. And with good reason. Since 2002, the Baton Rouge–born Muhammad has been known as “The Washington Sniper.” His army training was put to grotesque use against the citizens of the country he had once served but now hated.

Full of rage at American conduct in the Middle East, he drove around the US capital in a van with a young accomplice, picking off 27 people and killing 17 of them. With predictable military precision.[7] 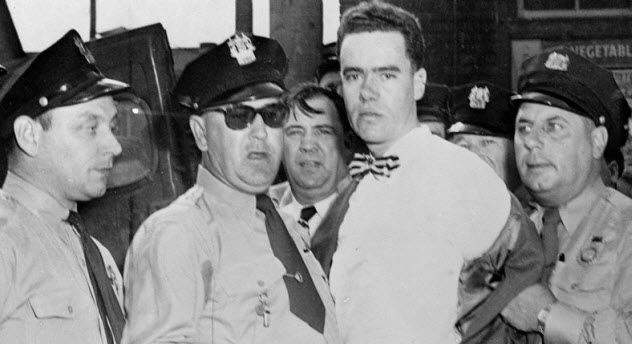 Eerily similar to The Washington Sniper case is the story of Battle of the Bulge hero Howard Unruh. Some 50 years before Muhammad took his firearms training “live” onto American streets, decorated US Army tank soldier Unruh became America’s first rampage killer after taking what came to be known as his “Walk of Death.”

It was around 9:20 AM on September 6, 1949, when Unruh stepped outside of his Camden, New Jersey, home. It was a bright and busy morning in the neighborhood, and people milled about around him. Not long after leaving the house, he pulled out his trusty Luger P08 pistol and began firing. In just 12 minutes, he had killed 13 people.[8]

“I’d have killed a thousand if I had enough bullets,” Unruh would later tell a psychiatrist. 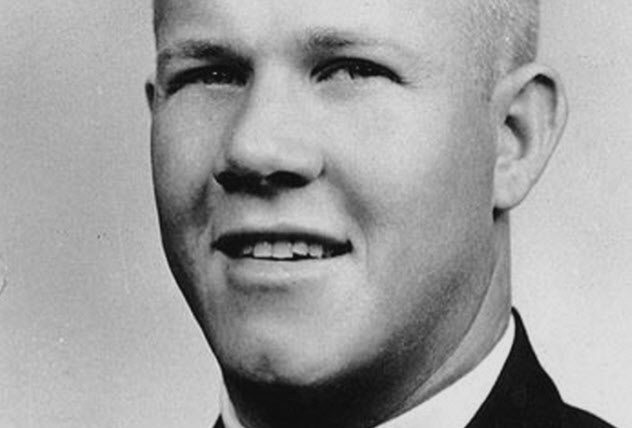 “The Texas Tower Sniper” earned his nickname after climbing to the top of a tower at the University of Texas in Austin and calmly shooting dead 14 people and injuring another 31. It was 1966, and Charles Whitman’s actions shocked America. That shock turned to horror when it was announced that Whitman was a decorated Marine who had only just been discharged from active duty.

While in the military, he earned a Marine Corps Good Conduct Medal and the Marine Corps Expeditionary Medal. He also received special training by the Naval Enlisted Science Education Program, a covert intelligence agency. When it came to marksmen, Whitman was as good as it got.

On August 1, 1966, he would prove to the world just how good a shot he was. And in quite devastating style. He took three rifles, three pistols, and a shotgun up to the tower and methodically began picking off strangers until he was shot dead himself by police.

Whitman left a note saying, “I don’t quite understand what is compelling me. I have been to a psychiatrist. I have violent impulses.”[9]

Did the Marine Corps turn their backs on their disgraced brother after his death? Not at all. Incredibly, he was buried with full military honors, his casket draped in the Stars and Stripes. 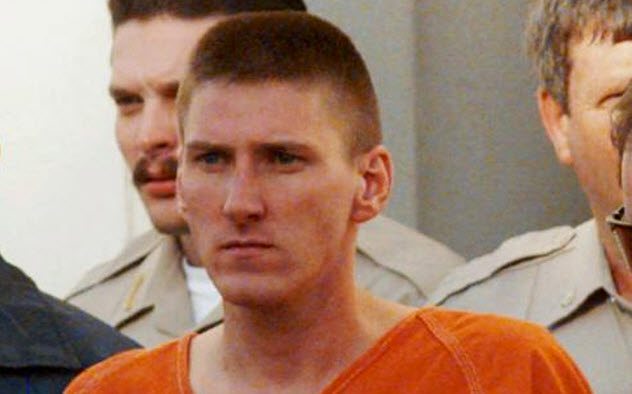 “The Oklahoma City Bomber,” as Timothy McVeigh would come to be known, was decorated with multiple awards during his time as a tank commander in the Gulf War. But anti-government sentiment in him grew until his anger at US foreign policy eventually turned into hatred. And out of that hatred, a plan was born. Soon, McVeigh was driving a truck full of explosives into downtown Oklahoma City and blowing up a federal office building.

Just a few years previously, McVeigh had left the US military with a Bronze Star for heroism. He was even invited to try out for the Special Forces. Instead, he eventually killed 168 innocent people and maimed several hundred more on April 19, 1995, in Oklahoma City.[10]

Steve is a freelance writer who writes news stories, features, articles, reviews, and lists. But *always* forgets to write his mother a birthday card. Follow him on Twitter, or follow him into the pub and buy him a drink.

Read more about the chilling motives of monstrous killers on 10 Gruesome Killers With Unsettling Obsessions and 10 Chilling Manifestos From Killers.