Moviegoers tend to have a fear of sequels. This is somewhat warranted. Barring certain exceptions, sequels are never as good as the original, as Hollywood far too often confuses a bigger budget for a better movie. Sometimes, sequels have little to do with their predecessors and are just banking on name recognition. They often go straight to video or television and are made decades after the original in a desperate attempt for a quick cash grab. In fact, it’s likely you never even knew these following classics had sequels.

1963’s The Birds showed us exactly why Alfred Hitchcock was the master of suspense. Based on a short story by Daphne du Maurier, the movie takes something relatively innocuous in the form of birds and transforms them into hauntingly creepy killers. It also made a star out of Tippi Hedren, who received numerous praises for her performance and won the now-defunct Golden Globe Award for New Star of the Year.

Three decades later, someone decided it was time for a sequel, and The Birds II: Land’s End was released in 1994, straight to television. It was universally panned by critics and had almost nothing in common with its predecessor, barring a small cameo from Hedren. There is also an attempt to restage the famous moment from The Birds when the crows swarmed the playground, which, of course, falls flat in comparison with the original. The movie’s director, Rick Rosenthal, wisely chose to remove his name from the credits.[1] 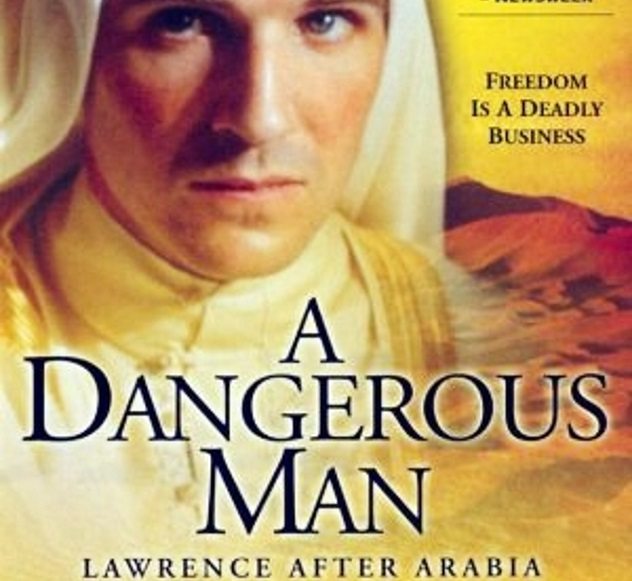 Not all forgotten, unwanted sequels have to be bad, as is evidenced by A Dangerous Man: Lawrence After Arabia. The unofficial sequel to David Lean’s epic Lawrence of Arabia, this TV movie received favorable reviews and starred Ralph Fiennes as T.E. Lawrence in his first movie role.[2] It even won an International Emmy for Best Drama in 1992.

There was, at least, one person who saw the movie, and that was Steven Spielberg. After seeing Fiennes’s performances as T.E. Lawrence and as Heathcliff in Emily Bronte’s Wuthering Heights, Spielberg cast him in Schindler’s List less than a year later.

Besides being a huge commercial hit, the 1977 musical drama Saturday Night Fever turned John Travolta into a star and helped usher in the disco era. It also had one of the best-selling soundtracks of all time, heavily featuring the Bee Gees. A sequel was almost a no-brainer.

Six years later, Staying Alive hit the cinemas. Commercially, it performed well, although nowhere near its predecessor. It opened number-one at the box office and grossed $64 million. Critically, however, the movie was quickly deemed one of the worst sequels of all time and currently has an unenviable zero-percent rating on Rotten Tomatoes.

Perhaps most puzzling was the choice for director. Staying Alive was directed, coproduced, and cowritten by Sylvester Stallone.[3] White-hot following the releases of First Blood and Rocky III, Stallone probably wanted to avoid typecasting and saw a disco musical as the perfect way to achieve this. He followed it up with the musical comedy Rhinestone, starring himself and Dolly Parton, before going back to the action flicks that made him famous.

It’s still a matter of debate if 1998’s U.S. Marshals is a sequel to the 1993 hit The Fugitive or a spin-off. After all, neither Harrison Ford nor his character Dr. Richard Kimble are anywhere to be seen. The follow-up instead shifts focus completely to Tommy Lee Jones’s Sam Gerard and his team of marshals, comprised mostly of the same actors from the original. New additions include Robert Downey Jr. as another agent and Wesley Snipes as the “fugitive.”

The cast was solid, and the movie did a cool $100 million at the box office against a $45 million budget.[4] However, it was nowhere near the $370 million of the original. Audiences were enthusiastic at first, but they soon realized that U.S. Marshals was almost blatantly ripping off its predecessor, and the lack of originality soon turned them away to other movies. Titanic was in cinemas at the time, so that probably didn’t help . . . 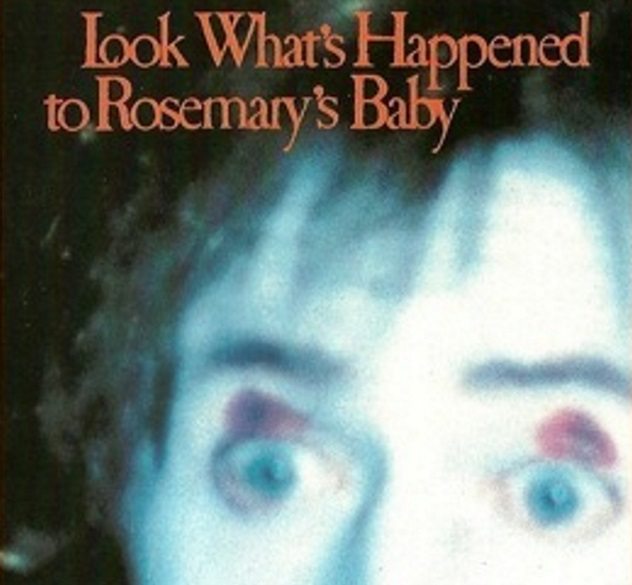 In 1968, Roman Polanski took Ira Levin’s best-selling novel and turned it into one of the most acclaimed horror films ever made. Coming off the success of Rosemary’s Baby, a string of movies based around Devil worship soon appeared. However, in 1976, the film got a genuine sequel titled Look What’s Happened to Rosemary’s Baby.

Roman Polanski was not involved with the project. Neither were Mia Farrow, John Cassavetes, or any of the original cast. The only exception is Ruth Gordon, who returns as Minnie Castevet in the role that won her an Oscar and a Golden Globe.[5]

The movie does away with Rosemary fairly quickly and shifts focus to her son, Adrian, as an adult. It has nothing to do with Ira Levin’s sequel novel, Son of Rosemary, which appeared two decades later, although they share a similar premise.

The made-for-TV movie premiered on ABC Friday Night Movie. Low viewership combined with poor reception from viewers and critics turned it into a footnote.

When it was first released in 1975, The Rocky Horror Picture Show was widely panned by critics. However, its catchy musical numbers combined with a solid cast and sheer weirdness turned it into a cult hit. Fans would show up to midnight screenings dressed as the characters in an early example of cosplay and even act out the scenes alongside the film.

Four decades later, the film is still shown in limited theaters and has become the longest-running theatrical release in history.[6] That kind of success happens once in a lifetime, but nevertheless, the studio tried to catch lightning in a bottle six years later with a sequel titled Shock Treatment. Many of the actors from the original stayed away from the new movie, so their roles had to be recast. This included lead actor Tim Curry.

Fans were unimpressed, and they stuck with the movie they helped make cool. Some critics argued that by making a film specifically targeted at the audience of the original, the studio was completely missing the point of what made The Rocky Horror Picture Show a cult success in the first place.

The 1973 con movie The Sting was wildly successful. It earned $155 million on a $5 million budget and won seven Academy Awards from ten nominations. A huge chunk of its success was owed to the film’s three main players: Robert Redford and Paul Newman as the two lovable on-screen tricksters and George Roy Hill behind the camera—the same trio responsible for Butch Cassidy and the Sundance Kid.

A sequel sounded like a good idea and a sure moneymaker. However, when none of the aforementioned three returned for the second film, the studio should have pulled the plug right then and there. The Sting II came out in 1983. Despite a promising $3 million opening weekend, word of mouth spread about how bad it was, and nobody else went to see it. The movie only did $6 million at the box office and currently holds a zero-percent rating on Rotten Tomatoes.[7] Plans for a prequel were immediately scrapped.

2010: The Year We Make Contact is probably the best movie on this list. It had a star-studded cast, including John Lithgow, Helen Mirren, and Roy Scheider. It was nominated for five Oscars (one more than its predecessor). It opened number-two at the box office and outgrossed its sci-fi competitors Dune and Starman. It even received Arthur C. Clarke’s seal of approval in the form of a cameo. Even so, it had no chance of living up to one of the greatest science fiction movies of all time.

2001: A Space Odyssey would have never become the classic it is today without Stanley Kubrick’s vision. He didn’t return for the sequel. By the time 2010 came out, 16 years had passed, and Kubrick had lost all interest. When Peter Hyams, the movie’s director, asked Kubrick for permission, his response was simply, “Sure. Go do it. I don’t care.”[8] Clarke was a bit more enthused, since the film was based on his sequel novel, 2010: Odyssey Two. However, even he stayed involved only as long as he didn’t have to leave Sri Lanka, communicating only through e-mail.

The Great Escape II: The Untold Story isn’t a bad movie, just a completely unnecessary one. The original still holds up really well and gets re-watched a lot come Christmas time. There was no chance that the 1988 made-for-TV sequel would match its popularity in any way.

For starters, it didn’t benefit from the presence of “coolest man on the planet” Steve McQueen. Sure, it had Christopher Reeve, but Superman couldn’t live up to expectations. Like many unrelated sequels, this one tried to create some connection with the original by using the same actors. Donald Pleasence returned as a Gestapo officer, and the movie was directed by Jud Taylor, who played Goff in the original.

The film moved away from the actual escape as quickly as possible. Instead, it focused on the exploits of Reeve’s character Major Dodge as he tracked down the Gestapo officers responsible for the Stalag Luft III murders after the genuine escape.[9] Despite billing itself as “the untold story,” it proceeded to give a highly fictionalized account of the investigation, which, in reality, was actually performed by the Royal Air Force Police, not three American officers.

Chinatown is, arguably, the greatest neo-noir film of all time. Released in 1974, the movie received 18 Academy Award and Golden Globe nominations, winning one Oscar and four Globes. It also won three BAFTAs and was ranked the second-best mystery film by AFI and the best movie of all time by The Guardian. It’s not surprising that the studio wanted a sequel.

Unfortunately, the follow-up was plagued by various delays and other projects, which put it on hold for 16 years. By then, Chinatown‘s director Roman Polanski had fled the country due to his statutory rape charge. Screenwriter Robert Towne was scheduled to direct. However, after a disagreement over casting, he was ousted and replaced by Jack Nicholson. The actor never directed another movie after this.

In 1990, Paramount released The Two Jakes to a lukewarm reception. Critics gave it mixed reviews, and the movie flopped at the box office against Julia Roberts’s Flatliners and Mel Gibson’s Air America.[10] It opened at number seven and did a third of its predecessor’s box office gross. The studio scrapped plans for a third movie titled Gittes vs. Gittes.

Read more about sequels and attempts at them on 10 Insane Sequels That Were Almost Released and Top 10 Worst Movie Sequels.