Los Zetas is a Mexican drug cartel known for its sophisticated crime machine and brutality. What’s distressing about the criminal organization is the atrocities they have committed in the past and the potential they possess to increase their scale of operations and perpetuate more horrors in the future. The following facts also illustrate the reality that an immediate defeat of the drug cartel may be far from feasible. These are the top ten distressing facts about Los Zetas you don’t want to know. 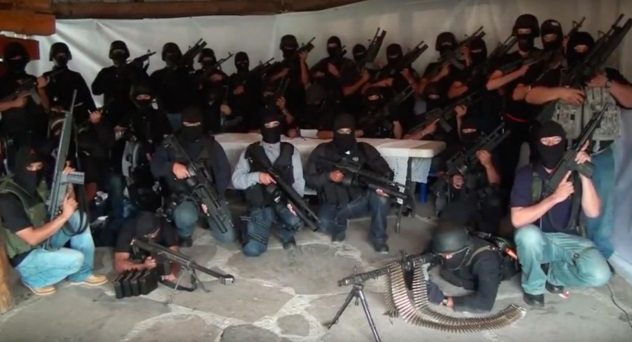 Countries’ militaries are dedicated to defense from external aggression and the protection of people’s lives and properties. Imagine how tragic it would be for such a respected and honored organization to become an evil one like Los Zetas. To set the records straight, Los Zetas was formed by Mexican ex-military men.[1] The deadly organization started out as the enforcement branch of the Mexican Gulf Cartel. The group was originally made up of 34 Mexican Special Forces soldiers.

When Osiel Cardenas Guillen took over as the leader of the Gulf Cartel, it was in the midst of a violent turf war. To protect himself from harm, Guillen hired a retired Mexican soldier as his bodyguard, who in turn solicited 30 Mexican Army deserters to form the cartel’s well-paid mercenary wing. Eventually, this group broke away to become a drug cartel of their own, which is now the notorious Los Zetas. There have been several criminal organizations in the world that have perpetrated destructive acts against humanity without any form of military training, either formal or informal. What should we expect from a heartless criminal organization put together by ex-military men?

9 Its Founding Fathers Were Trained by Tthe U.S. Military 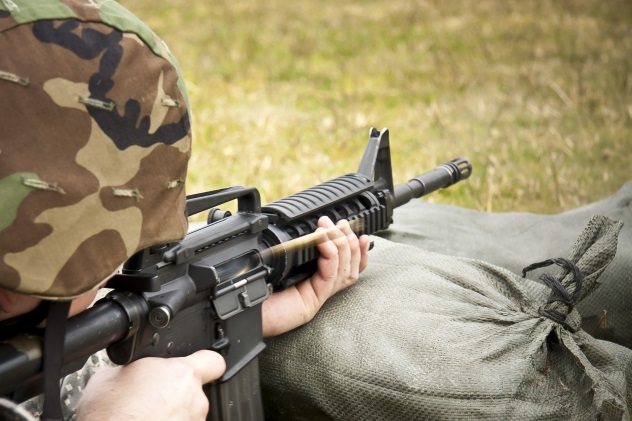 It is disheartening to hear that the founding fathers of a criminal organization like Los Zetas received training from US military officers.[2] It is a fact that some of the cartel’s initial members were elite Mexican troops who were trained in the early 1990s by America’s 7th Special Forces Group. They were given map reading courses, communications, and standard Special Forces training and instruction on how to use light and heavy weapons, machine guns, and several other automatic weapons.

The irony of this scenario is that the training they received was supposed to prepare them for counterinsurgency and counter-narcotics operations. Instead, they became the drug cartel they were supposed to fight. You cannot underestimate the capabilities of a cartel whose founding fathers were trained by the U.S. military. This is a unique and distressing fact about the deadly gang.

8 It Is the Largest Drug Cartel in Mexico 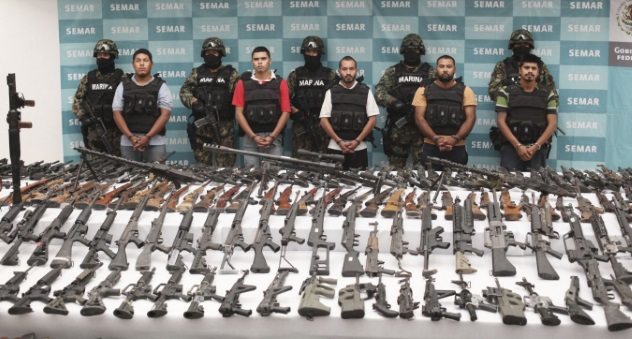 Los Zetas’s status as the largest drug cartel in Mexico carries additional implications. There is a huge consensus that Mexican drug cartels are responsible for the drug epidemic in the United States. At this juncture, it is safe and reasonable to conclude that Los Zetas is one of the biggest headaches of the American people. 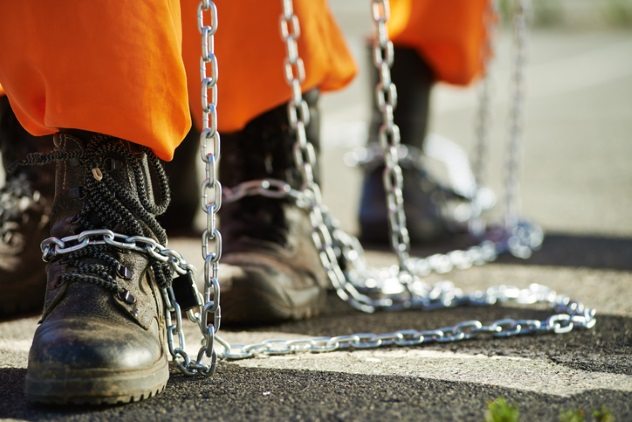 It would occur to many as an unacceptable surprise that Los Zetas recruits members in the United States.[4] The cartel recruits in US prisons and also courts street gang members for its drug trafficking activities in Mexico and the U.S. Moreover, the extremely violent gang has made connections and collaborated with U.S. gangs all over the country since 2010.

The implication of this is that Los Zetas continues to bolster its criminal operations through nontraditional and unexpected means. The import of this for the American people is that no matter what measures the US government takes to destroy the vast network of drug smuggling within the country, the effort may be fruitless, as it is no longer a case of fighting a foreign entity. With Americans running the organization, winning the war against Los Zetas would be much more difficult.

6 They Sponsor and Bribe Politicians 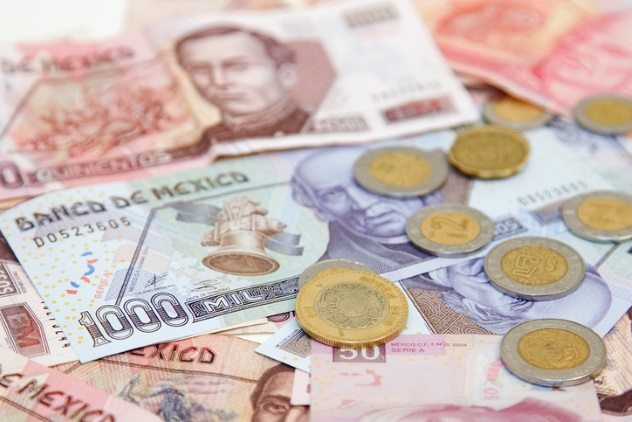 The fact that Los Zetas and other Mexican gangs sponsor politicians in Mexico is a huge problem. If the lawmakers are puppets to drug cartels, then there is very little hope that the war against the cartels will be won. Since 2011, there have been numerous scandals exposing the collusion between politicians and drug cartels. These cases have highlighted the growing interest of Mexican cartels in influencing politics.[5]

Not only are groups like Los Zetas interested in influencing politics, but Mexican politicians are equally interested in the dividends of the drug trade. Tomas Yarrington, former governor of Tamaulipas, is currently facing multiple drug trafficking and money laundering charges in the United States. The criminal indictment claims that the former governor took bribes from drug cartels in exchange for official protection. Yarrington is reported to have allowed the Gulf and Los Zetas cartels to operate in his state without hindrance in return for bribes. Former governor Humberto Moreira was also singled out by former Mexican President Felipe Calderon has having protected Los Zetas in his state.

Drug cartels influencing politics paints a picture of total disaster. If Mexican governors have been indicted as Los Zetas collaborators, then there is a possibility that one day, the criminal organization could produce a governor from its ranks.

5 They Grow and Manufacture Drugs Overseas 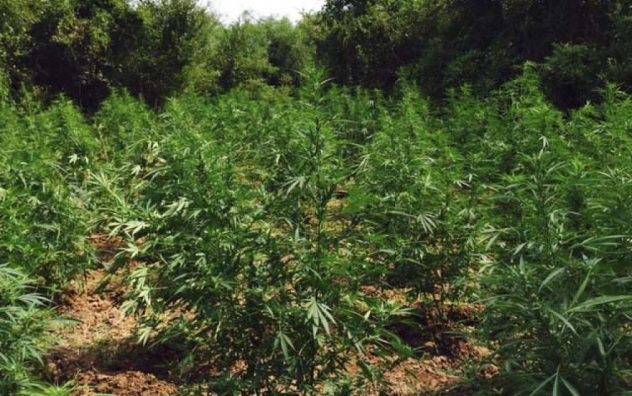 Los Zetas is a criminal gang that manufactures and smuggles illegal drugs like cocaine, heroin, methamphetamine, ecstasy, and marijuana, among others. Traditionally, Mexican cartels like Los Zetas only grew and manufactured drugs in Mexican territory and other less advanced countries where government officials were collaborators or incapable of disrupting their operations. However, recently, they’ve taken their drug manufacturing activities to highly advanced countries like the United States.

In 2015, U.S. law enforcement discovered a marijuana field in Texas with a market value of $2 million. The field was linked to the Los Zetas cartel. It was found in Webb County, near the border city of Laredo. The find is indicative of cartel operations in Texas and the United States as a whole.

Groups like Los Zetas have also been known to operate abroad, buying raw materials from Argentina and operating in Asian countries like Malaysia.[6] Mexican drug cartels are currently operating in 47 countries around the world, including Colombia, Guatemala, and others. Their operations in Colombia and Guatemala can be taken for granted because these countries have homegrown drug cartel problems of their own. More terrifying is their ease of operations in countries like the US. The fact that Los Zetas was able to grow and nurture $2 million worth of marijuana in Texas is quite distressing. Who knows what is going on in American Samoa.

4 Drug Smuggling Isn’t Their Only Crime 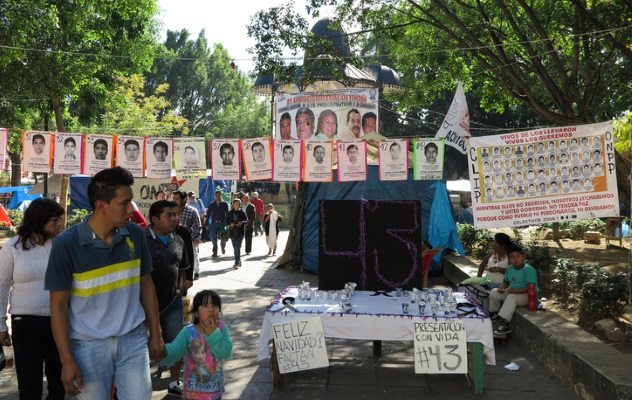 Los Zetas is indeed the worst Mexican drug cartel in history. While older cartels were more interested in smuggling drugs than anything else, Los Zetas apparently has its sights set on any type of crime that translates into quick and steady cash. Aside from manufacturing illegal drugs and trafficking them, the gang is also into kidnapping and extortion. In August 2017, the cartel kidnapped 17 people and kept them in a stash house in Nuevo Laredo. The rescue was made possible by an anonymous tip about gunmen bringing victims into a house in the Villas de la Fe neighborhood.

To make matters worse, the gang is also into migrant smuggling. Not only does Los Zetas control key drug smuggling routes into the United States, but it now controls much of the illicit trade of sneaking migrant workers to the US.[7] As usual, they’ve also brought an unprecedented level of violence to the trade. The gang often kidnaps and holds poor migrants who try to operate outside the system for ransom. If their relatives do not pay for their release, they may be killed and dumped into mass graves.

3 They Are the Most Brutal Drug Cartel in History 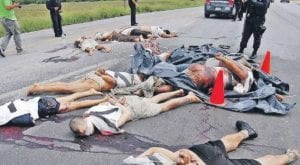 Rival gang MS-13 may have the most terrifying tattoos (see featured image), but Los Zetas wins the prize for violence. Brutality and inhumanity are the most noticeable traits of drug cartels all over the world, but Los Zetas has taken them to a new high. There is a popular consensus that Los Zetas is the most brutal and inhuman drug cartel in history. In August 2010, the gang massacred 72 kidnapped migrants at a remote ranch in Northeastern Mexico after they refused to pay a ransom for their release or take jobs as hit men.[8] Los Zetas has been linked to several other mass murders in Mexico.

The cartel’s brutal murders came to a head under the leadership of Miguel Angel Trevino Morales. The heartless drug lord is claimed to have personally killed 2,000 people, in addition to ordering and supervising thousands of other murders. Morales’s most preferred method of killing was to stuff victims in oil barrels and set them ablaze. He also forced captured Mexican migrants into gladiatorial fights to the death. He frequently supervised killing experiments wherein new recruits were ordered to kill people with a machete or sledgehammer.

It is practically impossible to list all the atrocities that this extremely violent group has committed.

2 They Are Aided by the Mexican Police 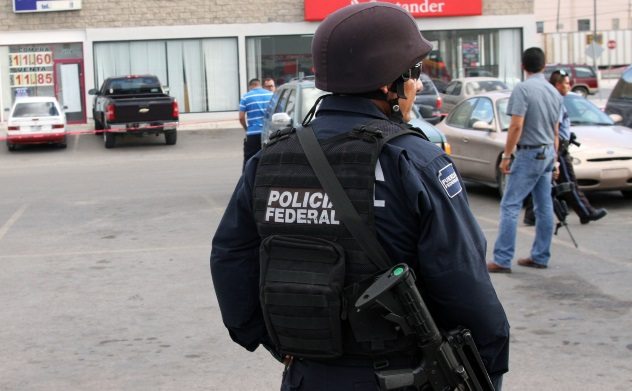 A depressing fact about Los Zetas is that they are sometimes aided by Mexican police in the commission of unspeakable crimes. Following the murder of 72 kidnapped migrants in August 2010, a subsequent investigation revealed that some Mexican policemen assisted the Zetas in committing the slaughter.[9] Local police rounded up migrants traveling by bus and handed them over to the gang. They also acted as lookouts for the cartel and turned a blind eye to their illegal activities.

Rogue policemen are believed to have played a role in the deaths of 193 people, whose bodies were found in hidden graves in San Fernando in 2011, and 49 in Cadereyta in the state of Nuevo Leon in 2012. 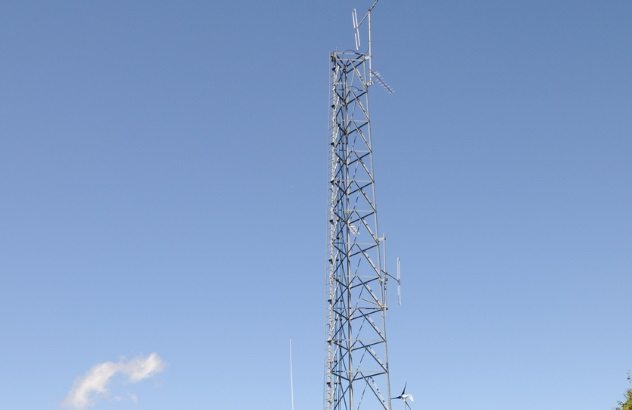 The Mexican military has been trying unsuccessfully for years to dismantle an extensive network of radio antennas built and operated by the Los Zetas drug cartel.[10] The authorities haven’t succeeded in shutting down the cartel’s sophisticated radio communication due to two reasons: The first is that the radio equipment is easy to replace; the second is that the gang relies on free forced labor to build and maintain its radio equipment.

This radio communication technology has given them a edge over Mexican law enforcement agencies for years.

With all this being said, the power and brutality of the gang seem to be waning. In 2015, Los Zetas leader Morales was arrested in Mexico City. He made a mistake in his greed—believing he was invincible and untouchable. Morales liked to bet—and bet big—on the horses. He created a company, Tremor Enterprises, to purchase racehorses for American contests, winning millions in prize money through fixing races and doping horses. The FBI and the IRS eventually built a case against Morales and others, leading to his arrest. The cartel leaders that subsequently took over after Morales’s arrest were unable to stay in power for long, either being arrested or gunned down by a rival gang. By 2020, the once leading cartel was wounded and facing competition from old rivals and new cartels, such as the Jalisco New General Cartel, often referred to as CJNG.

Jeffrey Morris is a researcher and freelance writer with a passion for history and rarities.

Read more about illegal drugs and those who deal in them on 10 Atrocities Committed By Mexican Drug Cartels and 15 Notable Drug Traffickers.