Prosperity doesn’t last. Many towns that were once booming in industries such as coal and gold mining are now deserted areas, just waiting to be toured. In them, former homes and businesses have become empty-eyed skulls of dashed hopes and misplaced optimism.

There’s something about an abandoned area that brings out the explorer in each of us. Maybe it’s the history behind these towns that is waiting to be uncovered, or maybe it’s the adventures that await. Either way, here is a list of deserted towns that you will definitely want to visit. 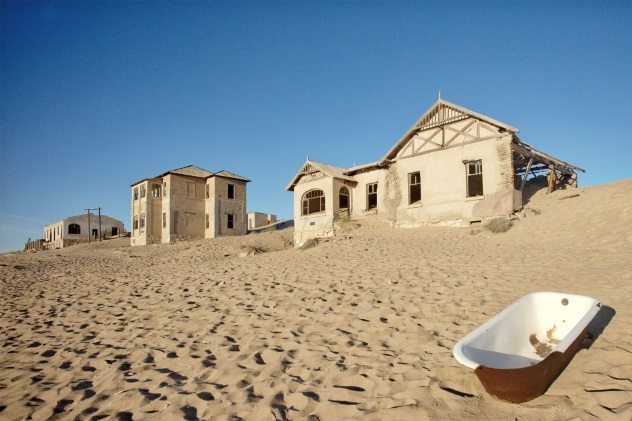 The town of Kolmanskop, Namibia, was once a booming diamond mining town. Hundreds of German families flocked there to make their fortune after diamonds were found just sitting on top of the sand. Zacharias Lewala, a railway worker, discovered the area in 1908 as he dug away from the railway line, prompting hundreds to call this patch of the Namib Desert their new home.

As Kolmanskop grew, it even started to resemble a German town. The first diamond rush brought newfound riches to the small community, and they soon built a hospital, ballroom, power station, school, bowling alley, theater, and casino. The diamond production had peaked in the 1920s, but wars and other distractions caused it to come to a halt in 1954 and move to more profitable fields.[1]

Kolmanskop is now a popular tourist attraction where you can tour the abandoned buildings, which feature rooms filled with sand from past sandstorms. A permit is required to visit the area, and a restaurant and museum are on-location to visit while touring the ghost town. 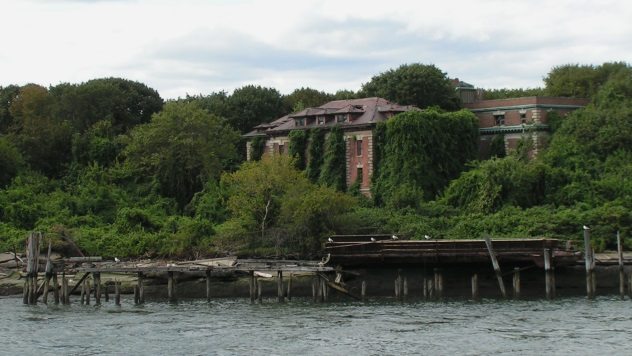 North Brother Island is a 20-acre island located in the East River off the Bronx. In 1885, the city purchased the island to build the Riverside Hospital, which was used to treat people suffering from contagious diseases such as typhus, smallpox, tuberculosis, and yellow fever. It was once the home to “Typhoid Mary,” who carried the bacteria that caused typhoid fever. She was quarantined on the island on and off until she died in 1938 from pneumonia.

In 1905, more than 1,000 people lost their lives when a steamship caught fire near the island. The hospital reopened after World War II to house war veterans and was later used to treat heroin addicts.[2] High costs and corruption caused the hospital to shut its doors in 1963, and everyone living on the island left. The island has been abandoned ever since.

North Brother Island has been under control of the New York City Parks Department since 2001 and is off-limits to everyone. City council members are working to open the island, though, and give visitors limited access. They are working to make the island more accessible to allow people to experience its history. However, many buildings are falling apart, weeds are growing through the roads and walkways, and it is considered unsafe to enter the island—so don’t expect to get a peek anytime soon. 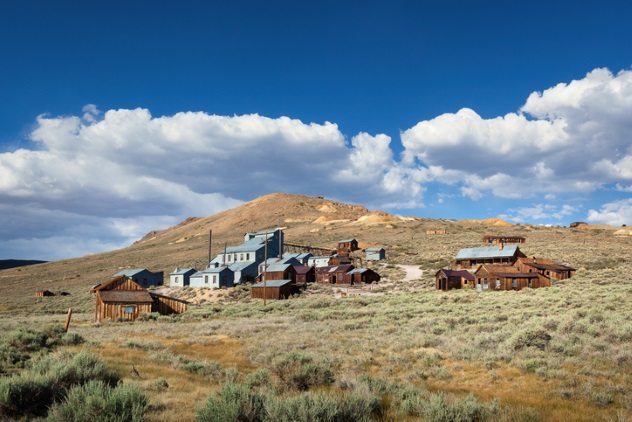 Bodie is arguably the most popular ghost town in the United States. The California town was once a thriving gold mining area with more than 10,000 residents. The town is named after William Bodey, the man who discovered small amounts of gold in the hills near Mono Lake. People started flocking to the town afterward, and it was booming by the late 1800s.

By 1881, Bodie had become known for its lawlessness, with multiple murders, holdups, robberies, and fights occurring. The boom started to decline by the next year, and the population dropped drastically. In 1892, a fire destroyed much of the business district and caused even more people to flee the area. 40 years later, another fire destroyed 95 percent of the remaining buildings in Bodie. By the 1940s, Bodie was a ghost town.

The town became a State Historic Park in 1962, and it is also a California Historic Site and National Historic Site.[3] Only a small part of Bodie remains, but tourists are welcome to visit the once-thriving gold mining town. 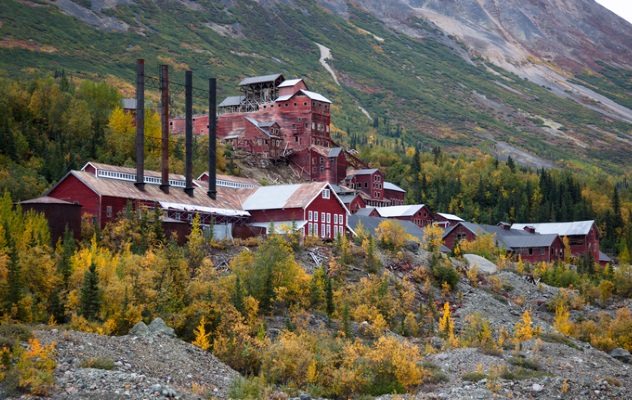 Kennecott is now just an abandoned ghost town in Alaska, but it was once a thriving copper mining town. From 1911 to 1938, nearly $200 million worth of copper was processed at the Kennecott Copper Corporation, which would later be known as the Kennecott Minerals Company. The operation had one component where the ore was extracted from the mountains and another where it was processed.

At the peak of operation, the mill town employed about 600 people. Kennecott was self-sustaining, with its own hospital, store, school, skating rink, tennis court, and dairy, but the supply of high-grade ore started diminishing by the late 1920s. Profits declined, and costs increased, leading to the closure of the operation in 1938.[4]

The Kennecott mine is now a National Historic Landmark District. It is a popular tourist attraction that can be seen through walking tours, but you will need a guide to explore the large red mill building. 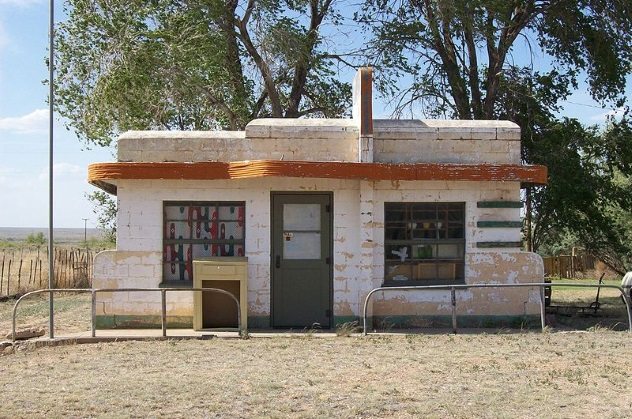 On the border of Texas and New Mexico, you’ll find the deserted town of Glenrio. The town once sat along a remote part of the famous Route 66 and gave travelers the chance to stop to visit diners, bars, motels, dance halls, and gas stations. Glenrio was a thriving railroad town, but it eventually abandoned the railroad to focus on the growing traffic on Route 66.

Glenrio boomed from the 1930s to the 1950s, offering gas station and dining options for travelers, but the boom ended in 1975, after Interstate 40 was built and bypassed the small town. Most of the buildings are now abandoned, and some are falling apart. The town is listed in the National Register of Historic Places and is worth the detour to exit I-40 and check out a piece of history.[5] 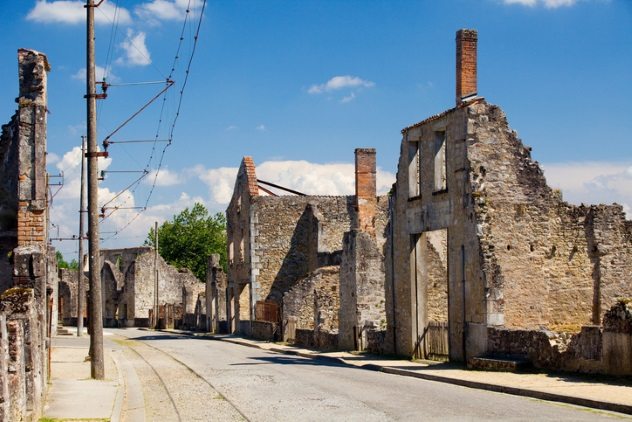 Oradour-sur-Glane was the site of the worst Nazi massacre carried out on French soil. A total of 642 people, including 205 children, were shot or burned alive in 1944. The town was destroyed after the massacre, and only a few people managed to survive. The village was never rebuilt, and it still stands just as it was left on that horrific day.

Each year, the French government contributes money to preserve the abandoned village. The ruins of Oradour-sur-Glane are classified as a historical monument, and they attract more than 300,000 visitors each year.[6] There is also a museum with five exhibition spaces that contain documents, testimonies, and narratives that explain the barbaric events that occurred. 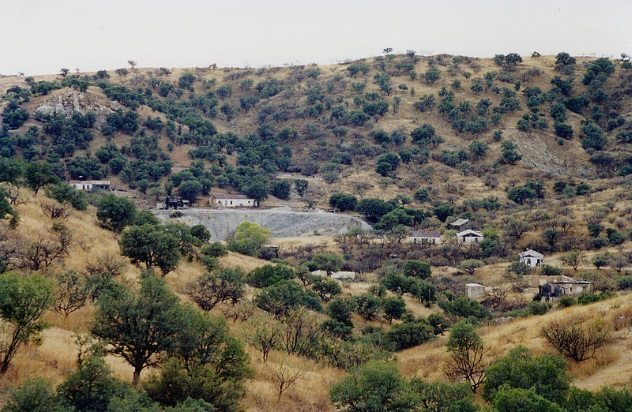 Located 80 kilometers (50 mi) southwest of Tucson and 6.4 kilometers (4 mi) north of the Mexico border is the Arizona town of Ruby. It is now a ghost town surrounded by the Coronado National Forest, rugged mountains, and desert. Ruby was once known as the largest mining camp in Southwest Arizona.

By the early 1900s, the town was being mined for gold, silver, zinc, and copper. Ruby was slowly growing, and the population reached about 1,200 by the 1930s. A school, post office, and general store could all be found in the growing town, but the mine closed in 1940, and Ruby quickly became abandoned.[7]

The town was closed to the public for many years, but it is now open for visitors. You can explore the area that was once a successful mining town, and there are many trails that visitors are encouraged to hike. You can also fish the private lakes of Ruby, and picnic areas and day camping are also available. 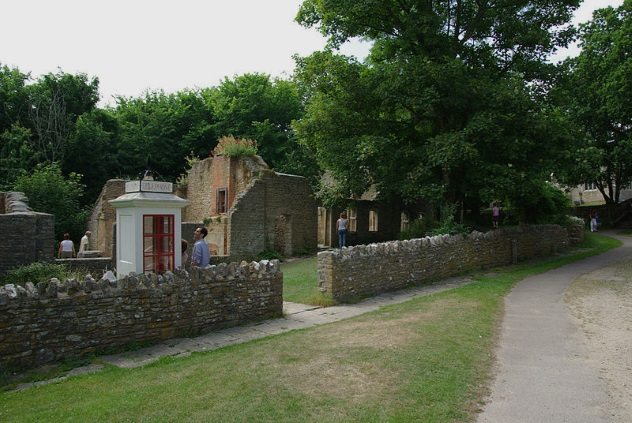 Before World War II, Tyneham was a small village that relied mainly on farming and fishing, but the town would soon change. In 1943, all of the residents of the village were forced to leave so that the area could be used as a firing range, and they never returned.

The valley area of Tyneham is still used as a firing range and is owned by the Ministry of Defense. In 1968, the village remained behind barbed wire, but access to the beach was granted on public holidays. A refurbished schoolroom was opened in 1994, followed by the Tyneham Farm in 2008.

Commercial development is not allowed in the town, which is why there is no gift shop or other buildings to turn the town into a tourist attraction. With access to rich wildlife and the beach, though, Tyneham won’t be considered a dead town for much longer.[8] 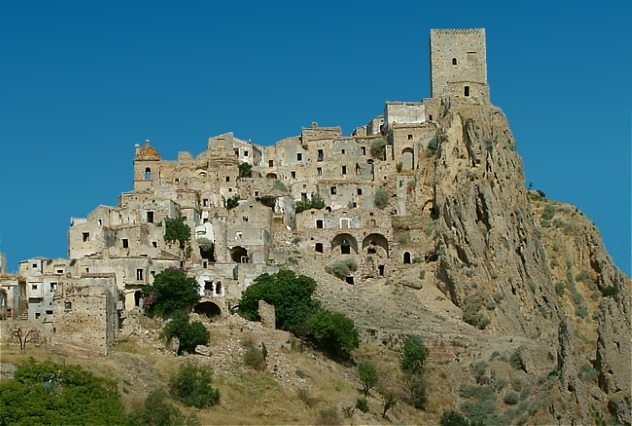 Craco is a beautiful hillside town that has been left abandoned for more than 50 years. The former medieval village sits in the countryside of Southern Italy and provided excellent views and warnings of potential attackers.

Craco was growing in population, but it was struck by a plague in 1656 that killed hundreds of the townspeople. A severe famine caused a mass migration of residents to North America between 1892 and 1922. Since the town was built on a hill, it was vulnerable to landslides, and those who lived there were affected by many of them through the years. Craco had survived plagues and famine, but the landslides would force the populace to find new homes.

In 1963, more than 1,800 people had to leave the town for their safety. The city still stands abandoned, but it is the site of multiple concerts and festivals. It has also been featured in scenes of movies such as The Passion of the Christ, Quantum of Solace, and Saving Grace.[9] 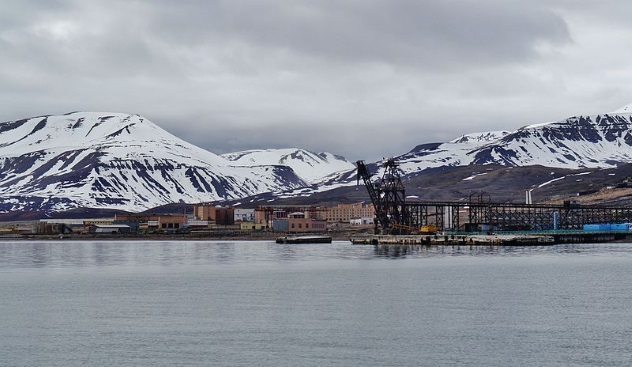 Pyramiden was founded by the Swedes, but the terrain was sold to the Soviet Union in 1927. The Soviets mined the settlement for coal deposits until the operation was shut down in 1998. Months later, the area was abandoned and is now only occupied by wildlife, including seabirds, seals, and polar bears.

The town still stands today, with only the ghostly remains of industrial life to show. According to the TV series Life After People, Pyramiden will stand at least for 500 years thanks to the extreme Arctic climate, longer than any other modern human settlement on Earth would without maintenance.

Visitors to the settlement arrive by ship and are led by a gun-toting guide ready to shoot in case of a bear attack. Tourists have the option to explore the area for a few hours before leaving or stay on the eerie settlement at the Tulip Hotel and Museum, which is open during the summer months.[10]

For more places left behind by man, check out 10 Places Abandoned After Disasters and Top 10 Abandoned Skyscrapers From Around The World.