No matter if it’s music, movies, or literature, many people go to popular art for a brief escape from their own lives. There are various reports, however, of some art creating strange effects in its audience. Stories about art with this power have been around for many years. One legend from before World War II claims that “brown notes,” which are subsonic frequencies around 9 Hertz, can cause a person to lose control of their bowels.

In the case of brown notes, the TV show Mythbusters conducted a test and found that they do not exist.[1] Many had already doubted their existence beforehand. Although brown notes have been debunked, the following ten pieces of art are reported to have created some strange effects in their audience members. 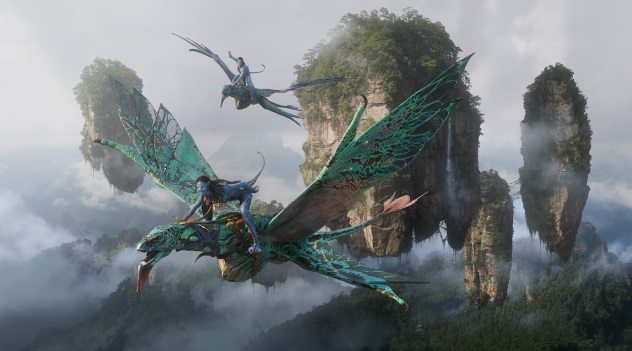 James Cameron’s Avatar is the highest-grossing film of all time. Its story is a bit Aliens meets Dances with Wolves with some of the creatures from the Star Wars cantina. In Avatar, a corporation tries to mine a rare mineral from the planet Pandora, only to come into conflict with the planet’s natives, a blue-skinned group of aliens called the Na’vi. It’s a movie with a message. It’s got some spectacular action sequences. Some might call it repetitive, but “threatening” is not a word that anyone would use to describe Avatar. As a result of the film’s success and uplifting story, it might come as a surprise to some that it has been known to create some adverse reactions in audience members.

Since Avatar ‘s debut, an overwhelmingly large number of viewers have expressed distress at the realization that they will never be able to visit Pandora.[2] One fan named Ivar Hill even wrote a post in a forum about the movie that his life had become meaningless and that he’d lost all desire to continue because he’d never be able to visit Pandora. A man even died from overexcitement at watching the film. One psychotherapist who researched subject commented that the depression experienced by many who viewed Avatar was due to the film’s ability to let individuals express their depression. 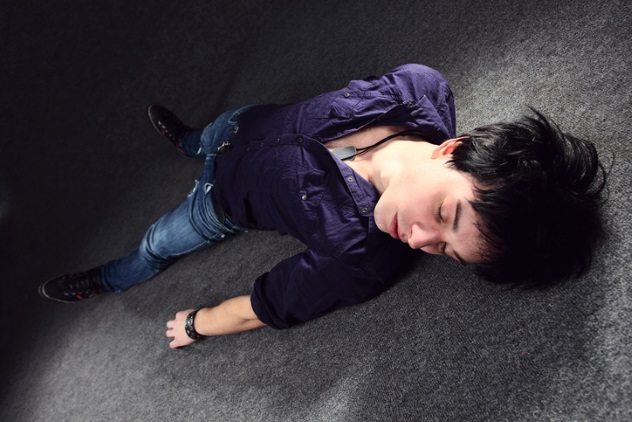 Novelist Chuck Palahniuk is probably best-known for his book Fight Club. It’s Palahniuk’s novel Haunted, however, which is claimed to cause some of its audience members to faint. Haunted contains 23 short stories about 17 individuals who are at a secret writer’s retreat. One of the short stories, “Guts,” is about a very skinny man who, after sexually pleasuring himself, loses part of his lower intestine to a pool filter.

Palahniuk first read “Guts” in public at a crowded Portland, Oregon, bookstore. After his reading was concluded, Palahniuk was signing copies of the novel when a store clerk told him that two young men had fainted during the reading.[3] Palahniuk thought this incident with the two young men was just a fluke. The following day, however, during another reading in Seattle, two more men fainted while Palahniuk was reading “Guts.” As of 2005, 67 people had fainted while Palahniuk was reading “Guts,” including audience members in San Francisco, Berkeley, Beverly Hills, Columbia University, Leeds, Cambridge, and London. A reporter for Publishers Weekly even wrote an article about the strange effect of the story called “Fight Club Author Knocks Them Out Without a Punch.”

Brian Wilson is the composer responsible for 1966’s Pet Sounds by the Beach Boys, which Rolling Stone magazine has rated the second-greatest album of all time. After Pet Sounds, Wilson planned to make an album called Smile. Due to a track on the album called “Mrs. O’Leary’s Cow,” however, Wilson would abandon Smile for 35 years and only finally release the album in 2004.

Legend says that in 1871, Catherine O’Leary of Chicago, Illinois, had a cow that knocked over a lantern while she was milking the animal. This cow is rumored to have started the Great Chicago Fire.

Originally called “Fire,” “Mrs. O’Leary’s Cow” was written by Wilson for Smile as one part of a musical suite for the album called The Elements. After recording “Fire,” Wilson and company began to notice a sudden increase in fires in and around downtown Los Angeles. Wilson grew so afraid that he had written a song that started fires that he destroyed his copy of the tape and vowed to never allow the song to be played in public.[4] While this song was recorded during an increasingly erratic time during Wilson’s life, if this story is true, then it’s a good thing “Fire” was never widely released. 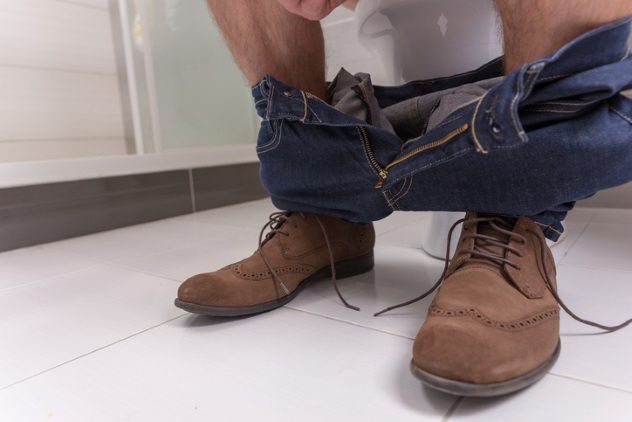 Alien 3 is best remembered as the debut film of David Fincher, who would go on to direct classics like Seven, The Curious Case of Benjamin Button, and The Social Network. It received mixed reviews by critics.

The strange power of Alien 3 was cut from the film during early screening. The original cut of the movie placed greater emphasis on alternating between loud and low frequencies in its soundtrack.[5] During an early screening of the film with this soundtrack, audience members had to frequently excuse themselves to go to the bathroom. When Fincher, however, replaced the score to Alien 3, the number of audience members who needed to go to the bathroom during the film dwindled significantly.

6 The Rite Of Spring

Most people are familiar with The Rite of Spring by Igor Stravinsky due to the use of the composition in the Walt Disney film Fantasia. In this sequence of the movie, the formation of Earth up to the lives and extinction of the dinosaurs is shown. While classical music might seem rather tame to many, when the composition premiered on May 29, 1913, in Paris, it was revolutionary. Music historian Donald Grout noted that its unprecedented nature was because Stravinsky pieced together elements of musical language that had never been assembled in such a manner.

Reports that remain from the premiere of the composition state that the Paris theater nearly erupted into violence.[6] One witness said that canes were “brandished like menacing instruments of combat.” There are also dozens of other eyewitness reports suggesting that the audience became riotous after the performance. Some of the most outlandish claims concern missiles being thrown and duels being conducted. Many suggested that it was the pulsating rhythms in The Rite of Spring that caused the entire theater to erupt into a state of near-bedlam.

French composer and pianist Erik Satie was a leading figure in early 20th-century Parisian avant-garde. Satie is probably best remembered for his three short piano compositions collectively titled the Gymnopedies. Satie’s most peculiar piece, however, is likely Vexations. This composition contains a short theme in the bass with four presentations that are heard unaccompanied and played with chords. While it is peculiar that Satie’s piece uses strange and impractical notation, the element that makes Vexations truly unusual is that it’s intended to be played 840 times in a row, which would make it over 18 hours long when performed.

Reinbert de Leeuw once attempted to play Vexations fully in public.[7] After playing the piece only 117 times at a small hall in Amsterdam, he quit. De Leeuw reported experiencing dizziness, nausea, and hallucinations. Additionally, de Leeuw said that if he had played the entire piece, he would have likely been driven mad.

Directed by Gaspar Noe, the 2002 film Irreversible is a graphic and disturbing flick that follows two men who travel through the streets of Paris to obtain vengeance for a brutally raped woman. Roger Ebert called the film “so violent and cruel that most people will find it unwatchable.” It is not the scenes of protracted rape and violence in Irreversible, however, that have a strange impact on the audience.

During the film’s screening at Cannes, over 200 individuals walked out, and nearly a dozen others fainted and required medical attention.[8] While Irreversible is very graphic, the movie uses music that increases and increases without leading toward a climax. Composed by Thomas Bangalter of Daft Punk, the film’s 28-hertz sound frequency was also potentially responsible for creating unease and, after an extended period of time, physical nausea in the film’s audience. 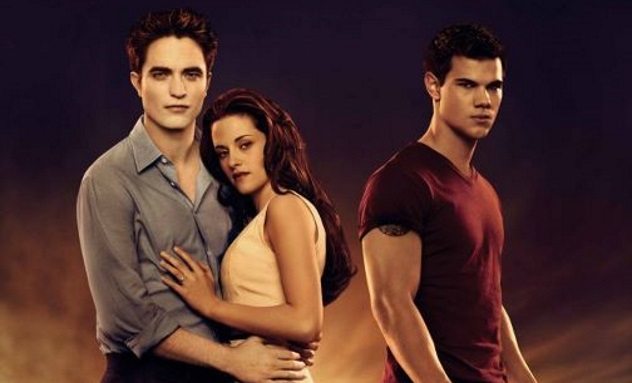 As the fourth film in the blockbuster Twilight series, Breaking Dawn: Part 1 earned over $700 million. While many fans of the franchise enjoyed the movie, it received negative reviews from almost everyone else. The film’s quality, however, is not the only reason why some people refrained from watching it.

Few people would associate the female orgasm with Star Trek. An instrument called the blaster beam was used in 1979 for the soundtrack of Star Trek: The Motion Picture to create a deep, booming sound for certain scenes. While recordings of the instrument make much less of an impact, played to a real audience, the instrument is said to have the capability to cause women to orgasm. During a 1990 concert in New York, the blaster beam was played and supposedly caused several women in the audience to climax.[10]

The blaster beam consists of a 3.7- to 5.5-meter-long (12–18 ft) metal beam that is strung with very taut wires. Underneath these wires, electric guitar pickups are mounted and can produce sound when moved. A person can play the instrument a number of different ways.

The Blair Witch Project scene Children in the woods

Released in 1999, The Blair Witch Project revolutionized horror movies. Shot on a shoestring budget of $60,000, the film made almost $250 million at the box office. The movie was unique because it was filmed as a documentary detailing events purported to have really occurred in the woods of Maryland rather than a contrived horror plot like many films in the genre before it.

The jerky, handheld look of the footage resulted in a large number of audience members experiencing serious side effects. Many experienced cold sweats, dizziness, queasiness, and vomiting while watching The Blair Witch Project.[11] The regional director of Loews Cineplex Entertainment revealed that during the film’s theatrical run, at least one person arrived at each theater each month to request a refund because the movie made them sick.

Blake Lynch was educated at New York University, the Institute of Contemporary of Arts in London, England, and the University of Pittsburgh School of Law. A professional freelance writer, Blake has regular columns for Diabolique, I Had Cancer, Irish Film Critic, Unseen 64, That’s Not Current, as well as appearances in many other magazines. His novel, The Dark Fires, is coming in the Spring of 2018 and his third book of poetry, The House of the Moon and Stars, will be available this fall.

Read more facts about well-known works of art on 10 Great Stories Behind Famous Works Of Art and 10 Obscure Facts About Great Works Of Art.