Whether it’s called a hurricane, a typhoon, or a tropical cyclone, this is one dangerous but awesome kamikaze (Japanese for “divine wind“). While tornadoes have stronger winds than a hurricane, they are relatively small and don’t last long. Hurricanes can be up to half the size of the contiguous United States, and they maintain their peak intensity for days at a time. Besides flooding rains, they also bring the sea ashore with them, battering the land with a surge of up to 6 meters (20 ft) high, topped with waves of up to 15 meters (50 ft) tall.

Everybody in the path of these storms should know and follow hurricane safety tips. Then, after you’ve taken the right steps to protect your property and life, and while you’re waiting out the storm, you can check out some of the many fascinating facts about hurricanes. 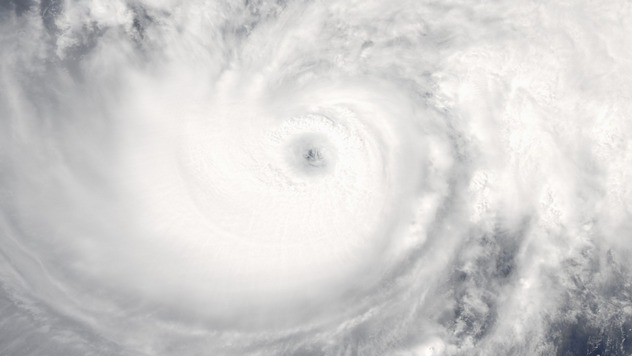 Hurricanes run on heat, but hurricane clouds tower many kilometers into the sky, up through the troposphere (where most of Earth’s weather happens). Major hurricanes have “hot towers” that can reach the stratosphere. It’s cold up there, around – 51 degrees Celsius (–60 °F), so all that upper hurricane moisture turns to ice and snow. If you have ever been in a hurricane, you know that the sky gets hazy about a day before the stormy weather sets in. That haziness is due to cirrus clouds that are part of the hurricane’s outflow, and they are made of ice crystals. These cirrus clouds also show up beautifully in satellite pictures.

Eventually, most of that frozen stuff plummets out of the high clouds and melts again. However, some of it continues upward. Recent research shows that this ice ejected into the stratosphere from hurricanes may contribute to global warming. “Cirrus outflow” is just a technical way of saying the hurricane is exhaling, because . . .

9Hurricanes Breathe, And Their Eyes ‘Blink’ 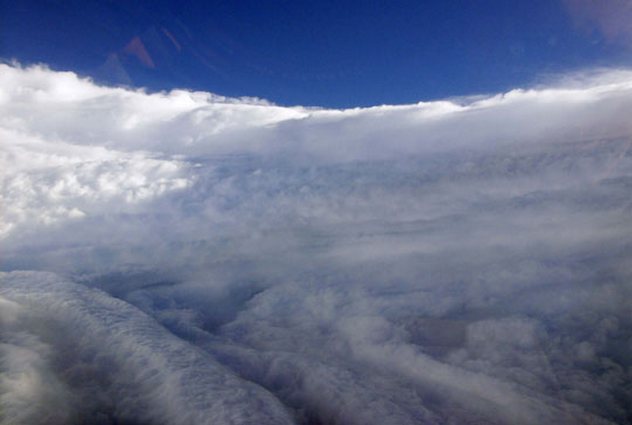 A hurricane breathes in at the ocean surface. This air would flow straight in if it weren’t for the Coriolis effect, which deflects the air counterclockwise in the Northern Hemisphere and clockwise in the Southern Hemisphere. The Coriolis effect also prevents the inflow from reaching the center of low pressure. Instead, all that violent wind is forced to circle the center and rise, forming the eyewall.

The inflow rushes up tens of thousands of meters and then spirals outward from the center as cirrus outflow. This icy exhalation moves in the opposite direction to the one at the surface. Meanwhile, some of the rising air doesn’t make it out of the hurricane. Instead, it slows down and sinks back toward the surface, drying out and losing its clouds in the process. This clear central eye region is the calmest place in the storm. However, things can change quickly. Major hurricanes tend to have eyewall replacement cycles, during which the eye shrinks in size. It “blinks” (fills in with clouds) and then opens up again as a new eyewall forms. 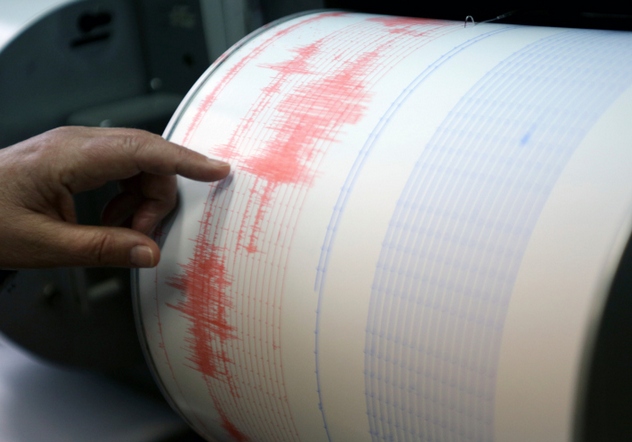 Water is heavy. An ordinary ocean wave contains many liters of water, and the giant waves of a hurricane surpass all others in terms of size and weight. In a hurricane, waves are moving fast, with a lot of momentum. As a result of this, they pound land with incredible power, making the Earth shake. The giant waves can also collide far from shore, like Jaegers and Kaiju in Pacific Rim, causing low-frequency sound waves.

When scientists first noticed these seismic waves in the 1900s, they thought it was just background noise. It wasn’t until the middle of the 20th century that they realized hurricanes were causing these seismic and infrasound signals. Back in 1938, signals from a category five hurricane that struck the East Coast showed up on seismographs in Sitka, Alaska. Modern seismometers are extremely sensitive, so it’s not surprising that Superstorm Sandy, for example, set off seismic arrays across the United States. Scientists have also used seismometers to track air pressure changes in a hurricane.

7No One Is Sure What Triggers A Hurricane 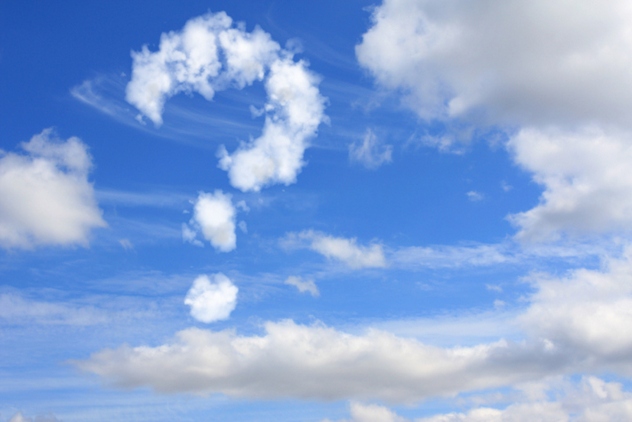 In general, scientists think a hurricane forms when warm, moist air over the ocean rises, creating a pocket of lowered air pressure. More air flows into that pocket and gets humid and warm enough to also start ascending. This turns into a cycle where air constantly swirls in at the surface, while rising air cools and forms clouds and thunderstorms. Eventually, the thunderstorms combine to form a tropical depression, then a tropical storm, and—finally—a hurricane.

What bothers weather experts is that this doesn’t happen every time conditions are right. It should, but it doesn’t. Hurricanes must be triggered somehow, and some of the best brains on the planet are trying to understand exactly how that happens. While some triggering factors like wind shear and vorticity have been identified, scientists disagree about others.

In the meantime, hurricanes just up and do whatever they feel like doing, leaving lots of puzzled meteorologists in their wake. 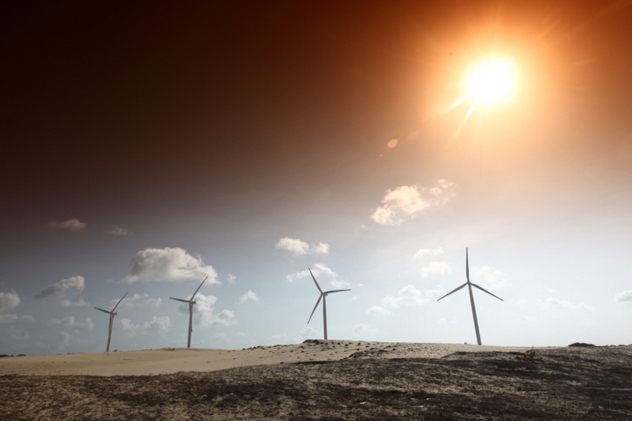 If it wasn’t for the Sahara Desert, there would be fewer hurricanes. Why? This enormous desert sits in the right place, near the equator, with cooler, wet regions to the south and west. When you mix air that’s very hot and dry with air that’s relatively chilly and damp, you get an easterly wind known as the “African easterly jet” that forms tropical waves. These blow out to sea, and—with the right conditions and triggers—can turn into hurricanes. Almost 90 percent of all major hurricanes form this way.

That includes hurricanes in the East Pacific, too. Believe it or not, in 2014, a hurricane called Iselle—the strongest hurricane to hit the Big Island of Hawaii in recorded history—started out as an African tropical wave. The Sahara also can stop a hurricane from forming. The “Saharan Air Layer” is a big packet of dry, sandy air that moves westward over the Atlantic from the desert, near the tropical waves. It can destroy a developing tropical system by taking away the necessary humidity, or by creating a temperature inversion, or by increasing wind shear and tearing the tropical system apart.

Everyone knows that hurricanes have very powerful winds, lots of rain, and an incredible amount of very muggy humidity in them. What many people don’t know is that hurricanes run on heat that’s generated by cloud formation and rain. That might seem a little mysterious, but it’s easy to understand. Just get in and out of a swimming pool or bathtub. You feel cooler now, even though the water was warm, because the droplets on your skin are evaporating into the air. Hurricanes just run this process in reverse, pulling water out of the air through condensation and releasing heat.

Hurricanes have lots of air and moisture to work with, so that means a lot of heat energy is unleashed. On average, through cloud formation and making rain, a hurricane releases 200 times the amount of Earth’s electrical generating power. This is why people say that hurricanes are heat engines. 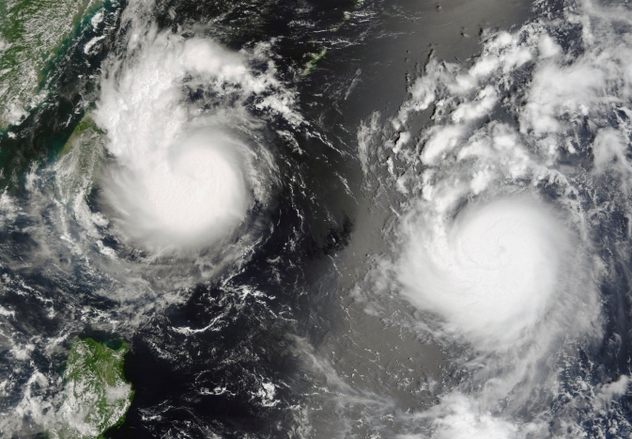 The violence and energy of hurricanes are awe-inspiring, but even these massive storms must follow the rules of physics. Thanks to the Coriolis effect, they have to rotate a certain way. This effect also stops them from crossing the equator. Another rule is that if two or more cyclones are close together, they can’t combine; instead, they orbit each other. This is called the Fujiwhara effect. The cyclones don’t have to both be tropical; a Fujiwhara interaction with an ordinary low pressure system is what made Hurricane Sandy, which was heading out to sea, turn back and hit the East Coast.

Hurricanes also weaken themselves by stirring the warm upper layer of the ocean so much that it pulls up cold water from the depths. Since these storms run on heat, this cold water then stops them from intensifying and can even completely shut them down. 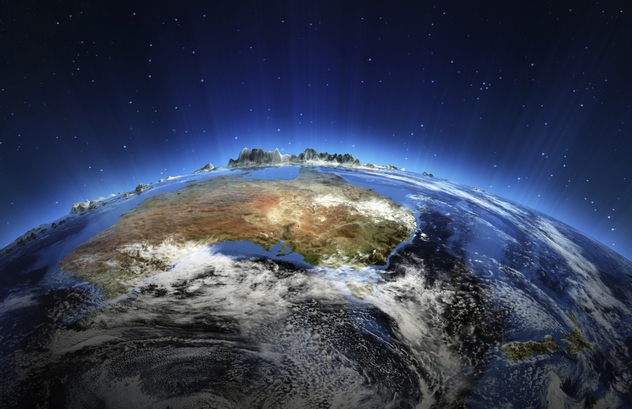 Hurricanes generally move along whatever global wind belt they happen to be in. That’s why Northern Hemisphere hurricanes first move westward and then curve to the north and east. First, they’re steered by the tropical easterly trade winds, which are coming out of the east and blowing toward the equator. Then, if the hurricanes stay over water and are long-lived, they encounter the prevailing westerly winds. This is why storms that seem to be threatening the eastern coast of North America often curve out to sea instead. (Unless it’s a situation like Hurricane Sandy in 2012—the Fujiwhara effect is stronger than steering winds.)

These general rules should apply in the Southern Hemisphere, too. They generally do, except for Australia. Research shows that Australian tropical cyclones move more erratically than those anywhere else. They can even make sharp turns and perform loops. It’s a real headache for forecasters, who are still working on the reasons for this but suspect it might be due to interactions with local weather features. 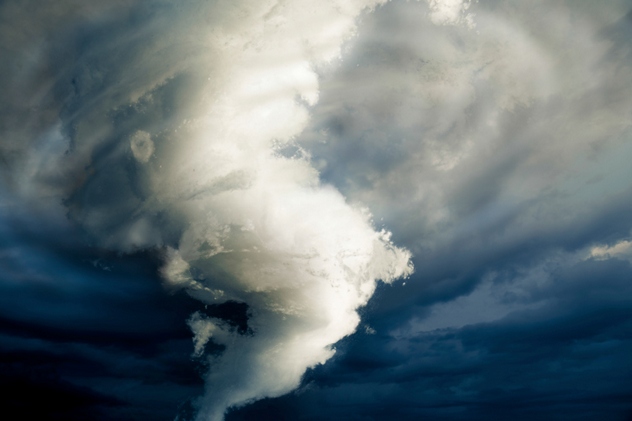 Hurricanes and tornadoes are both rotating storm systems, but as we noted above, the hurricane’s greater size and longer duration make it more damaging than a tornado. It just adds insult to injury that hurricanes also form tornadoes, sometimes days after landfall.

Tornadoes can form when a hurricane hits land and starts to decay after leaving its watery heat source. This breakdown in the tropical system sets up different wind speeds at different altitudes, resulting in wind shear that can cause a tornado. Such tornadoes usually aren’t stronger than an EF2 on the Enhanced Fujita scale, but that can still be damaging and lethal. Most tornadoes form in the outer bands, but some have been found near the center. In fact, experts suspect that some of the intense damage from a hurricane eyewall may be the result of tornadoes.

1Hurricanes Can Mutate And Intensify

Tropical cyclones are called hurricanes in the Atlantic and typhoons in some parts of the Pacific, but they’re the same storms. About half of them in the North Atlantic and almost a third of them in the Pacific eventually turn into “extratropical cyclones.” This doesn’t mean they’re extra special. It means they aren’t powered by heat anymore. Instead—though they’re still enormous, rotating cyclones—they’re now powered by differences in air temperature. They are still very dangerous. The so-called “Perfect Storm” that sank the Andrea Gail and devastated New England in 1991 started out as a hurricane and turned into an extratropical cyclone.

After extratropical transition, these cyclones usually fade away quickly. However, watch out during the transition time, when the hurricane may intensify because it’s tapping both its heat reservoir and the temperature differences. That’s what the Perfect Storm did in 1991, and it’s also what Superstorm Sandy was doing in 2012 just as it hit the East Coast.

Barb likes to write about Earth science and the Civil War. Check out her blog at bjdeming.wordpress.com. She also has written fiction about the meeting of a US soldier and a Buddhist monk in the Central Highlands during the Vietnam War. You can preview it at www.smashwords.com.