In the past, penguins were called arse-feet because their legs were closer to their rear. The name “arse-feet” was used for any bird that had its feet close to its rear, although it originally applied to the little grebe, a type of water bird that is still known as the arsefoot.

The penguin was first described in the 16th century when Admiral Francis Fletcher referred to it as “fowle,” although he noted that the Welsh called it Pengwin. Pengwin is believed to have been from the Latin pinguis (“plump, dense, or fatty”) and referred to the animal’s plump stature. Otherwise, it may have been a variant spelling of the Welsh pen gwyn (“white head”), which originally referred to the now extinct great auk. 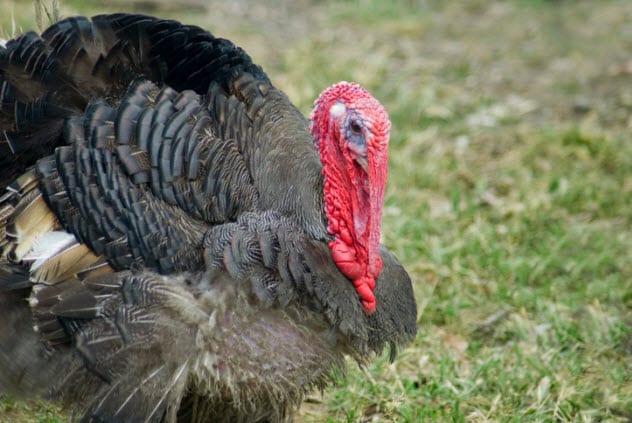 Which turkey came first—the country or the bird?

The guinea fowl is native to Africa and was introduced into Europe through the Ottoman Empire, a now-defunct empire that included today’s Turkey. Europeans called the guinea fowl “turkey cock” or “turkey hen” because they thought it was from Turkey.[1]

When Europeans arrived in North America, they sent today’s turkey back to Europe. It looked so similar to the Ottoman Empire turkey that they also started calling it turkey. It later maintained the name while the original turkey was renamed after Guinea, the West African empire where it was originally found.

In some other languages, the turkey is named after the region from which it supposedly originated. Its Portuguese name means “Peru bird” while its Malay name means “Dutch chicken.” In Turkey, it is called hindi (“Indian”). However, in France, it is called coq d’Inde (“rooster of India”), which has been shortened to dinde. Both names came about because America used to be confused for India at that time.

Before we delve into this fact, it is important that we know the difference between a tortoise and a turtle. Without going into scientific details, tortoises and turtles can be easily distinguished just by looking at them.

Tortoises have big, dome-like shells as well as short legs and feet. Meanwhile, turtles have flatter, streamlined shells and bodies as well as flippers and webbed feet. Tortoises are terrestrial animals. However, turtles are aquatic animals, although they lay their eggs on land.[2]

However, their differences could understandably become confusing when we realize that some turtles live on land and are called tortoises. The turtle and tortoise problem becomes even more confusing because all tortoises are technically turtles. When we decide to call both animals turtles, it is advisable to refer to the land-dwelling tortoise as a land turtle while the sea-dwelling turtle should be called a sea turtle.

The confusion between turtles and tortoises has been going on for centuries. In the past, sea turtles or turtles (if we’re calling the land-dwelling variant, tortoise) were called “marine tortoises.” The name is from either the French tortue (“turtle”) or tortre (“tortoise”).

It is important that we know the difference between the tortoise and the turtle so that we don’t repeat the action of the lady who threw a tortoise into a pond, thinking it was a turtle. She must have killed the poor animal that she thought she was saving. 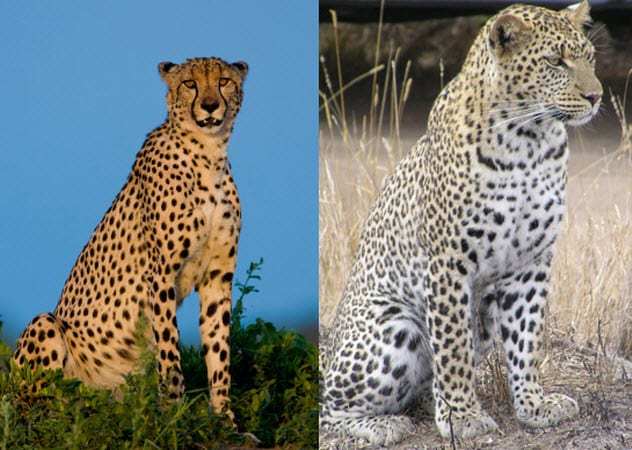 The cheetah got its own name in 1704 when the Hindi chita, which ironically means “leopard,” was introduced into English. The Hindi chita is from the Sanskrit chitraka, which means “hunting leopard” although it also referred to “tiger.”

The confusion between the naming of the leopard and the cheetah is not yet over because cheetahs are still called “hunting leopards.”[3] 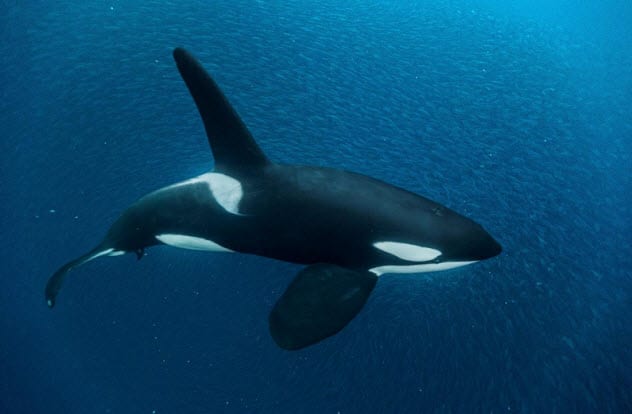 Killer whales are also called orcas. Despite their name, they’re not whales but dolphins. Their original name didn’t even try to pass them off as whales. They were originally called “whale killers” by sailors who had observed them preying on much bigger marine animals, especially whales. Whale killer was later reversed to form the better-sounding killer whale. In Spanish, they are called ballena asesina (“assassin whale”).[4]

The name “orca” could either be from the Latin orca (large-bellied pot or jar) or orc- (“whale”). The scientific name is Orcinus orca. Orcinus means “belonging to Orcus.” Orcus was the Roman god of the underworld. It is believed that the name was given to these animals because of their aggressive and daring method of hunting. 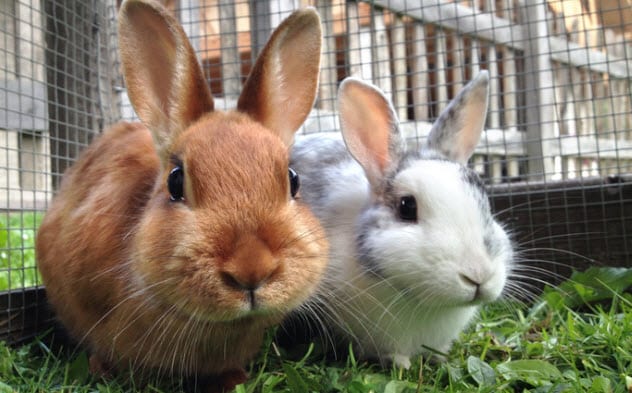 The animals called rabbits today were originally called coneys. At the same time, the term “rabbit” specifically referred to a young coney, which we now call kit or kitten. “Coney” was derived from conis, the plural of the Anglo-French conil, which means “long-eared rabbit.”

“Rabbit” overtook “coney” sometime in the 19th century when “coney” acquired some other meanings. Specifically, “coney” had become a variant spelling of cunny, which meant “c—nt.”[5]

Coney wasn’t entirely removed from the English language because it already appeared in the Bible. So, the pronunciation was changed from rhyming with “honey” and “money” to rhyming with “boney.”

It is believed that New York’s Coney Island was named after coney (the original name for rabbits) because it had a large rabbit population. The Dutch were the first to land on the island, and they called it “Coney Eylant.” 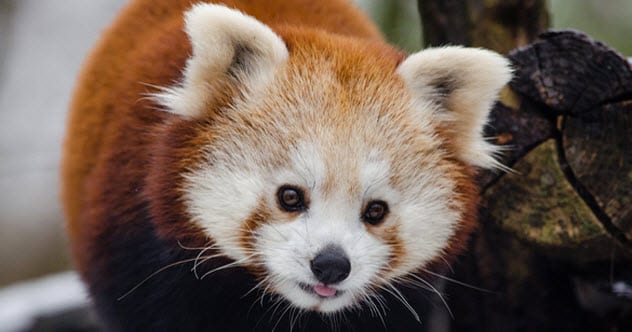 Red pandas are the original pandas. The name is believed to have been from the Nepalese nigalya ponya (“bamboo eater”). Classification problems and the previous (but erroneous) belief that the giant panda (which also goes by the name “panda”) was related to the red panda made the red panda lose its name to its supposedly older brother.

The giant panda and the red panda were believed to belong to the same family. They were also thought to be closely related to bears and raccoons. Both animals were only proven to be unrelated in 2000. However, the red panda never got its name back.

The red panda was almost called the “wha.” It was first described in 1821 by Major General Thomas Hardwicke who wanted it to be called “wha” because it made calls that sounded like “wha.”[6] 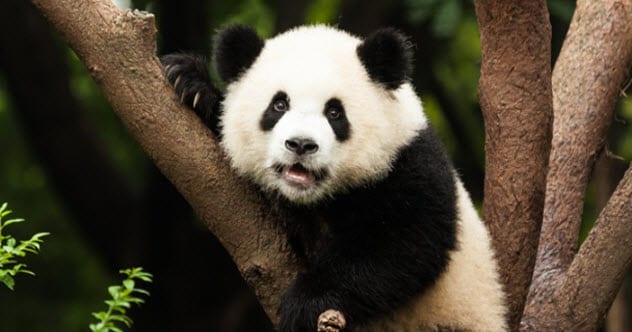 As we already mentioned, red pandas were the original pandas. If that is so, then shouldn’t giant pandas have been called something else? Sure! Giant pandas were called parti-colored bears. Again, the name is of Nepalese origin, although the English language borrowed it from French. The giant panda was first described in 1901 even though it was first seen by a Westerner in 1869.

The giant panda was already known by the 20th century, although it still remained unseen. A Popular Science magazine from September 1920 featured a picture of the giant panda, which it called the “raccoon bear.” It stated that the giant panda was related to the raccoon despite being the size of a black bear.[7] 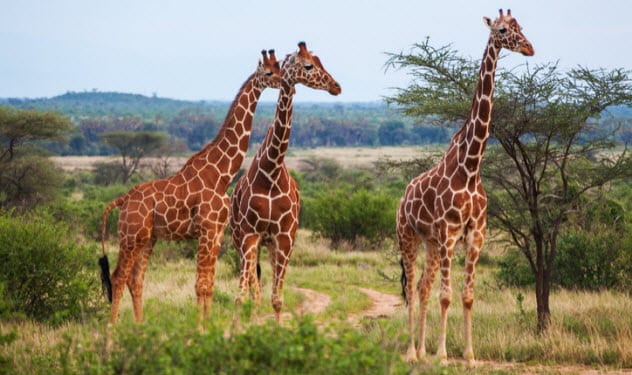 A giraffe was called a camelopard or a cameleopard until the late 19th century when it took the name “giraffe.” Camelopard is from the Greek kamelopardalis, which came from the merger of kamelos (“camel”) and pardalis (“leopard”).

The Greek gave the animal this name because they thought it resembled a camel and a leopard. Some even believed that a giraffe was the offspring of a camel and leopard.

The term “giraffe” was first used in the 16th century. It is from the French girafe, which is from the Arabic zarafa (which itself is believed to be from the Persian zurnapa). The Persian zurnapa is the merger of two words: zurna (“flute”) and pa (“leg”), which referred to the giraffe’s long legs.[8] 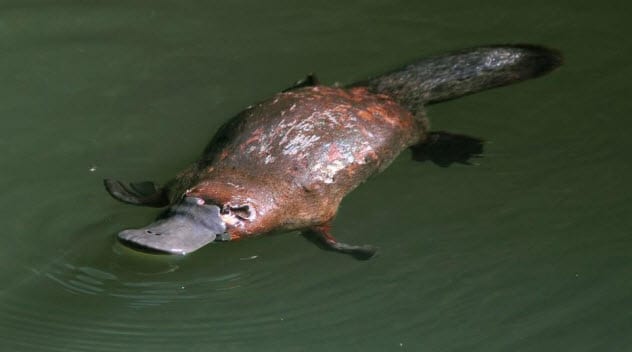 The duck-billed platypus (aka platypus) was originally called “duck mole” or “water mole.” Both names were derived from the belief that it was some kind of amphibious mole. This shouldn’t be surprising because the platypus generated a lot of curiosity after its discovery.

In 1799, biologist George Shaw received a preserved sample and suspected that it was the handiwork of some taxidermists who were up to some pranks. He—or anyone else for that matter—definitely wasn’t ready for a strange animal with a duck bill, cat skin, and beaver tail.[9]

It also had webbed feet and claws. When it was discovered to be real, there was confusion over whether the platypus was a mammal, a bird, a reptile, or a different kind of animal entirely.

In 1793, Australian Governor John Hunter believed that the platypus was the product of a series of matings between all the animals it resembled. Meanwhile, David Collins called it an “amphibious creature of the mole kind” in 1797. Today, we know that the platypus is an egg-laying mammal. 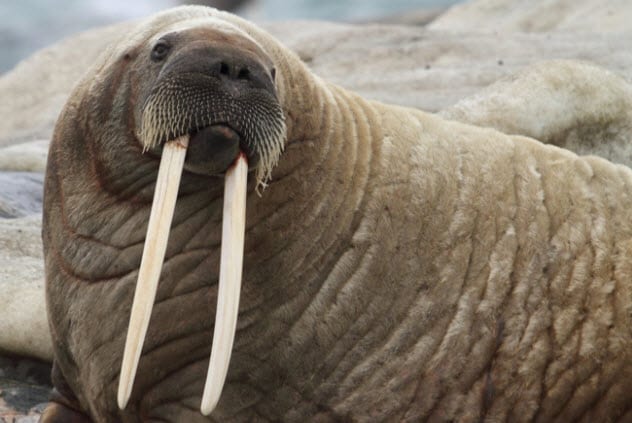 The walrus was originally called morse, although it was sometimes called the sea cow or sea elephant. Today, sea elephant is another name for elephant seal while sea cow (or Steller’s sea cow) refers to a now-extinct large mammal that used to live around the shores of the Komandor Islands in the Bering Sea. The sea cow was hunted into extinction in the 18th century, 30 years after it was discovered.[10]

The origin of the name “walrus,” which first appeared in the 1600s, is somewhat murky. Its etymology was researched for the first edition of the Oxford English Dictionary by J.R.R. Tolkien (of The Lord of the Rings fame) between 1919 and 1920.

Tolkien concluded that “walrus” was derived from the Dutch walros or walrus, which came from hrosshvalr (“horse whale”). Hrosshvalr is believed to have originally referred to a whale and not a walrus. But the Dutch switched the words so that it became “whale horse” in Dutch. Alternatively, the name could be from the Old English horschwael (“horse-whale”) or the German rosswal.

Read more bizarre facts about animals on 10 Intoxicating Ways Animals Use Drugs and 10 Disgusting Facts You Never Wanted To Know About Animals.