Mysteries, mysteries everywhere. For everything we know, there’s so much more that we don’t. Whether it’s an unsolved crime, an unexplained sighting, or weird things falling from the sky, sometimes there are just no answers.

On this list are ten mysteries from Northern Europe that need solving. Hopefully someday, someone will do just that, especially where doing so could provide closure to the families of those who fell victim to as-yet unsolved crimes. 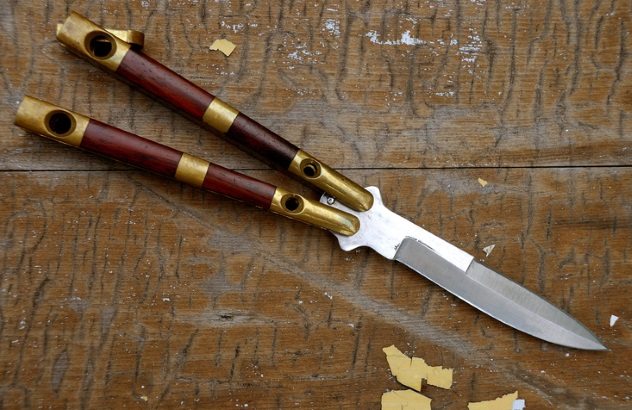 On October 19, 2004, Anna-Lena Svensson, 56, and an eight-year-old schoolboy by the name of Mohammed Ammouri were going about their day in Linkoping, Sweden. Suddenly, a commotion startled passersby. The woman collapsed, having been stabbed in her stomach. Minutes after this, while people rushed to her aid, Ammouri also started screaming. Then everything was quiet. Both had been attacked in the street in broad daylight. The little boy died immediately, while the woman lost the fight for her life in the hospital a few days later.[1]

The police collected several pieces of evidence from the scene, including the murder weapon (a butterfly knife) and a piece of clothing. They were confident that they would find the murderer within 24 hours, having set their sights on a suspect who was thought to be mentally ill. Almost 14 years later, police have questioned more than 7,000 suspects, but the murderer is still on the loose. With no apparent motive for the crimes, it seems unlikely at this stage that the case will ever be solved. 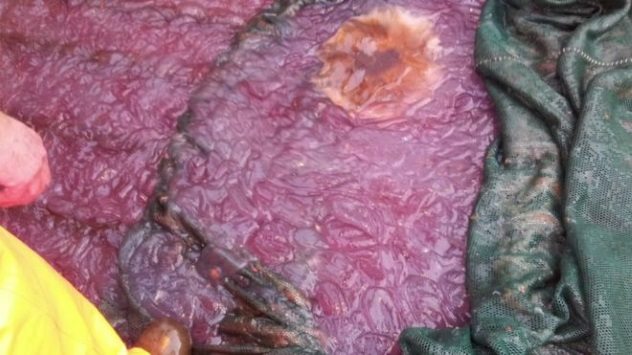 In August 2015, fishermen fishing off the coast of Northern Norway began reporting a strange phenomenon in the area. A thick, purple, mucoid slime had appeared almost overnight, covering millions of cubic meters around the Lyngen Fjord.[2]

Experts who investigated the phenomenon likened the texture of the slime to that of margarine and initially believed it to be the remains of dead jellyfish. The slime covered the fish that the fishermen were catching and even messed with their sonar equipment. A fisheries expert said that he had never seen anything like the purple substance in the fjords.

However, now almost three years later, no real confirmation has been given that the slime did indeed come from a type of jellyfish. Therefore, the reason for its existence remains a mystery. 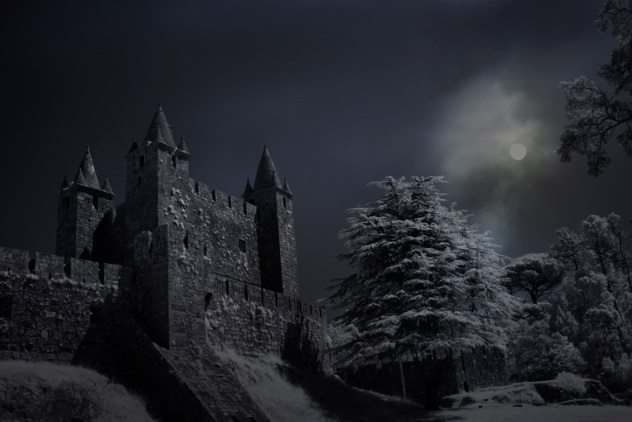 Latvian history states that Estonians stormed and attacked Beverina Castle in 1208 in the district of Trikata. The Estonians retreated and settled down for the night at a lake near the road of Beverina. However, the crusaders and the Kaupo happened upon them here and chased them away. After this, they had a morning meal at the same lake.[3]

The name of the lake remains unknown as well as the destination to which the road of Beverina led to. However, the biggest mystery remains the location of Beverina Castle. The castle is mentioned 16 times in the Chronicle of Henry and was the residence of Talivaldis. The exact location of the castle is never mentioned. It is thought by archaeologists that the castle may be located on two foothills near Lake Vaidava, but research has never been done to validate this theory.

7 What Happened To Greenland’s Vikings? 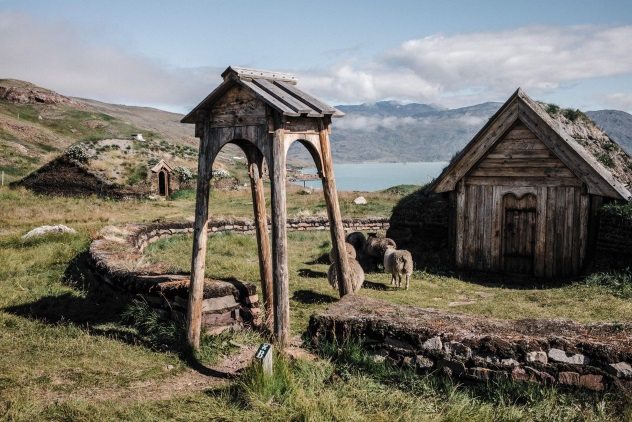 In September 1408, Sigrid Bjornsdottir and Thorstein Olafsson married in a beautiful granite church on a fjord slope in Greenland. They had ended up in Greenland after their boat was blown off course while traveling from Norway to Iceland, and they decided to stay and make a life for themselves with the Vikings who had already settled there over hundreds of years. Their union in marriage, as well as other information about the daily goings-on in Greenland, was documented in three letters and recorded by scribes.[4] However, the existence of the Vikings seemingly ceased after these recordings. They simply disappeared.

When Europeans returned to Greenland in the 18th century, they found no human life, only the ruins of the Vikings who once lived and loved there. The most popular theory for their unexplained disappearance was climate change. Cooling temperatures and glaciers forming in the area are thought to have been too much for the Vikings. Soil erosion and lack of trees to build more ships were cited as part of the problem as well. New research, however, suggests that the colder weather may not have been the reason at all. Rather, the Black Death could have caused the Vikings to return to the lands they originally came from. All of this remains speculation at this point, though, and the reason for the vanishing Vikings remains a mystery. 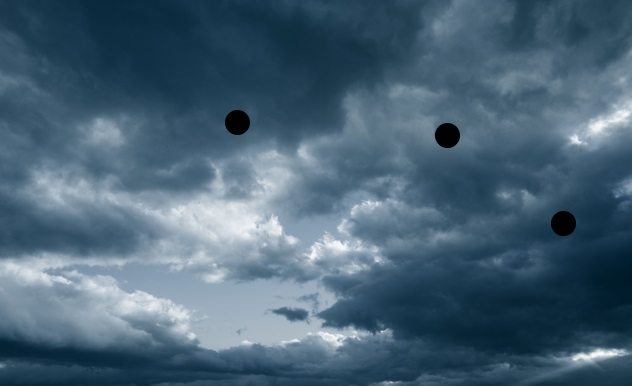 In May 1808, villagers in Biskopsberga, Sweden, were out in the hot sun, working on farms or simply going about their day, when it suddenly became rather dark. Looking up, they saw that the Sun had grown dim and that they could look directly into it. Then, a host of objects that resembled spheres appeared from the west. They were dark in color and headed toward the ever-dimming Sun. As they approached it, the spheres became black and lined up in a straight line, heading toward the horizon.[5]

The villagers stared as these little balls filled up the sky, never becoming stationary but continuously moving toward the Sun and then disappearing in the east. K.G. Wettermark, secretary of the Swedish Academy of Sciences, saw one of the spheres hit the ground, and he remarked that it left behind a thin film resembling a cobweb, which soon completely disappeared. A reason or explanation for this incident has yet to be found. 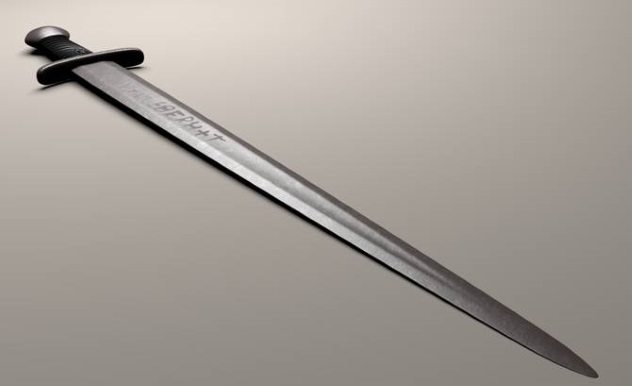 There remains a lot to learn about the Vikings and the technology they used. One artifact that has puzzled archaeologists for a very long time is the Ulfberht sword. Up until recently (2014), 170 of these swords have been found, all dating to between AD 800 and 1000.[6]

The mystery surrounding the blades of these swords is how pure they are. Compared to the rest of Europe, which was producing sword blades that were brittle and of bad quality, the Vikings somehow came up with the Ulfberht blade, which contained almost no impurities and compares to modern steel. The blades contained three times as much carbon compared to other medieval steel swords. It is also unknown where the raw material would have come from, since steel production didn’t start in Europe until 800 years later.

Even the swords’ inscriptions of “ULFBERH+T” remains a mystery. Just how and why the Vikings decided to produce such an advanced sword has yet to be figured out by the experts. 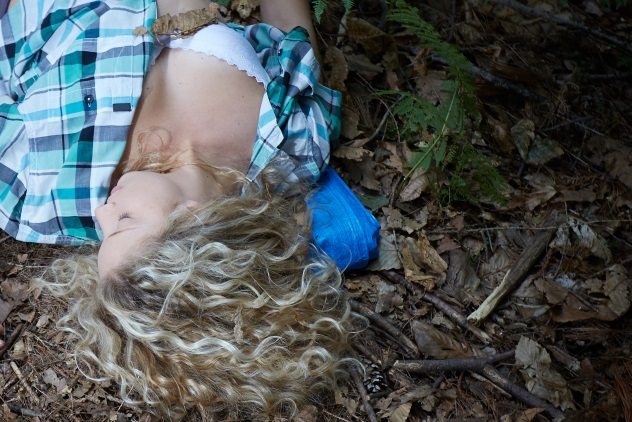 On May 17, 1953, 17-year-old Auli Kyllikki Saari from Finland left for church on her bicycle. She also worked in the church office and attended prayer meetings. On this particular day, Auli returned from the church service and immediately retired to her bedroom, stating she was tired and wanted to rest. Her parents found this very unusual.[7]

Later the same day, she left for a prayer meeting with her friend Maiju. Later, Maiju claimed that Auli had seemed nervous and anxious the entire day. On their way back home from the church, the two girls split at a crossroad section, and a man called Tie-Jaska saw Auli traveling along 1.6 kilometers (1 mi) further. He was the last person to see her alive.

A missing persons report was only filed a few days after, as Auli’s parents were used to her sleeping over at Maiju’s place and weren’t concerned when she didn’t come home that Sunday. In the weeks that followed Auli’s disappearance, witnesses reported seeing a cream-colored car with a bicycle in the trunk, while others claimed to have heard cries for help and gunshots near a lake in Kaarankajarvi.

In July, Auli’s bike was found deep in the forest, and in October, her remains were discovered at the place she was last seen alive after her shoe, scarf, and a man’s sock were discovered there. She was half-naked, and her coat was wrapped around her head. After her body was found, her other shoe was also discovered. There were many suspects, including a vicar, a policeman, and a ditch-digger, but nothing panned out from investigations into their involvement. Auli’s murderer seemingly got away with his crime. 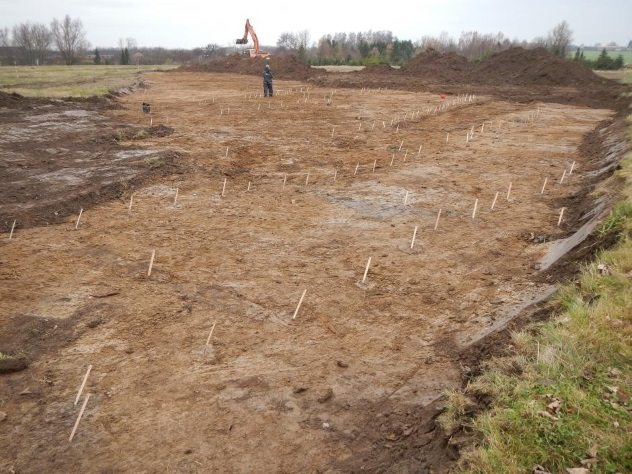 Early in 2017, archaeologists discovered a massive Stone Age labyrinth in Stevns in Denmark. The entrances in each of the five rows of fence within the labyrinth had been constructed to be offset from the others’ openings. It is unclear to experts why it would have been designed like this, even though it seems to have been done deliberately.

Inside the labyrinth, early excavations have revealed pits containing fragments of tools and ceramic, including pottery and axes. However, this find didn’t bring them any closer to understanding the possible purpose for the labyrinth being constructed in the first place.[8] Theories include that it may have served as a Sun temple, and rituals would have taken place there. However, more excavating is needed to understand the real purpose of the structure. 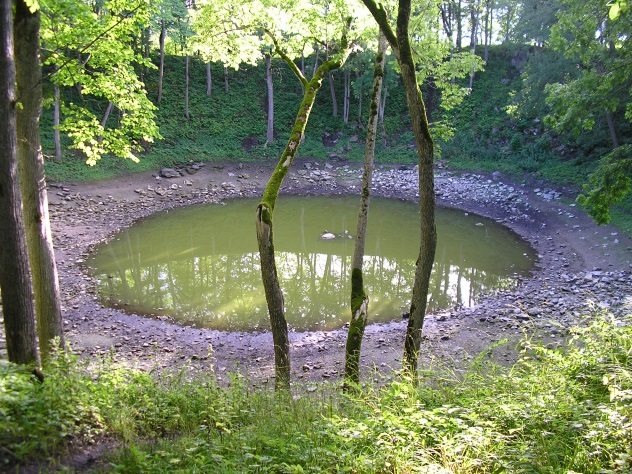 More than 7,000 years ago, a massive meteorite entered the Earth’s atmosphere and broke into pieces. Some of those rocks smacked into Kaali on the Estonian island of Saaremaa. The collision left nine craters in the area, which is now called the Kaali Meteorite Crater Field.[9]

The biggest crater on the island has the remains of a stone wall surrounding it that dates back to the Bronze Age. This mysterious structure is believed to have been put up by an ancient cult that settled in the area and who may have used the crater as a watering place, considering that it is filled with water to this day. Experts have also found many animal bones inside the walls’ perimeter, leading them to believe that animal sacrifice may have taken place here as well. Scientists are unable to turn theory into fact, however, seeing that they cannot search the waters of the Kaali lake for possible further findings, as oak tree deposits prevent them from entering the water deeper than 4 meters (13 ft). 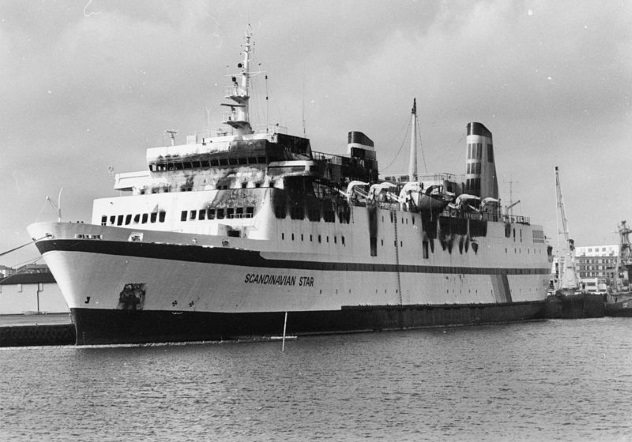 On April 7, 1990, a devastating fire broke out on a passenger ferry called the Scandinavian Star, which traveled the waters between Oslo and Denmark. The fire spread quickly throughout the ferry, and 159 people lost their lives. Several reasons for the large loss of life included the thick smoke preventing passengers from finding the exits and crew members who could not communicate to the passengers in their native languages.[10]

It was initially thought that one arsonist started the fire, but later investigations in 2009 proved that more than one person would have had to be involved in doing so. In 2016, a retired ship inspector blamed two unnamed crew members for the fire, saying that they had set it deliberately and that he would testify in court to that effect.

However, in June 2017, it has been widely reported that after a new inquest into the disaster, no evidence of sabotage or even arson for financial reasons could be established. In the meantime, the culprits remain free.

We have plenty more unsolved mysteries where these came from. For just a handful, check out 10 Mysteries Unlikely To Ever Be Solved and 10 Historical Murder Mysteries Still Waiting For An Answer.