Archaeology’s twin children—mystery and revelation—keep it among the most captivating fields of research. Ancient constructions are particularly tantalizing—the bigger the discovery, the better.

A small, rare artifact is valuable, but entire temple complexes, lost geoglyphs, and castles invigorate history in leaps and bounds. Building projects can betray the fear, vanity, or social aspects of whomever raised them. But perhaps the most magnetic moments are the unexpected structures, some found in huge numbers or in thoroughly investigated monuments, and their purpose cannot be deciphered. 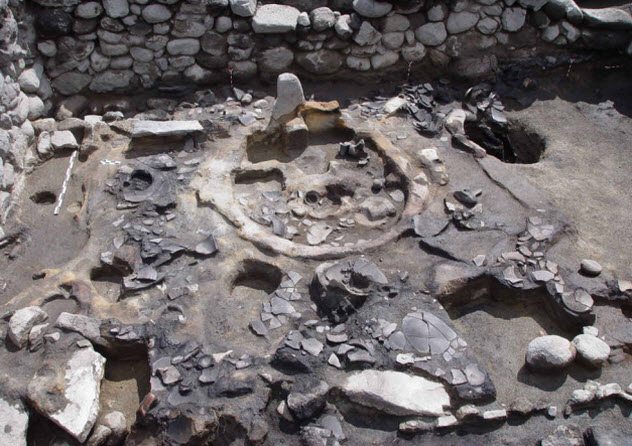 During a violent era in Armenia’s past, one settlement used divination to make sense of the future. Between 2003–2011, archaeologists cleared three shrines inside a fortress at Gegharot.

Around 3,300 years old, each consisted of a room with a clay basin. Artifacts suggested three different types of divination were once practiced at Gegharot. A large number of knucklebones from cattle, goats, and sheep were found. They were scorched and bore artificial marks. These were likely used in osteomancy—the throwing and reading of bones, depending on how they land.

There were signs of lithomancy, deploying stones instead of bones. Perhaps the oddest was reading the future with flour. Officially called aleuromancy, it might have been performed in the eastern shrine. There were tools to grind grain but no oven. The room’s basin had burns and could have been used to bake tiny loaves. These were then assigned images with stamp seals found inside.

All the effort the people of Gegharot invested in divination brought no safety. Gegharot and every other fortress in the area burned down during a massive conflict.[1]

9 Castle Under The Lake 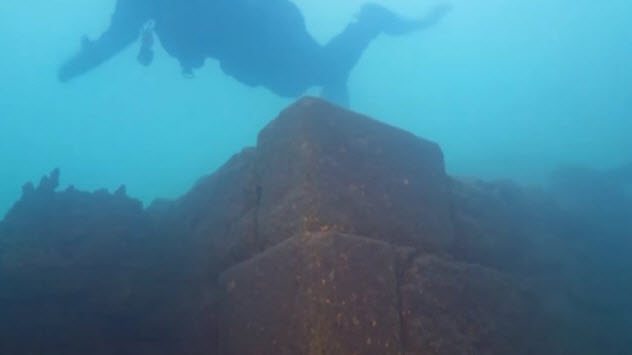 Tahsin Ceylan wanted to catch the monster rumored to live in the depths of Turkey’s Lake Van. After hearing about submerged ruins, he spoke with experts and they all told Ceylan not to bother. The second biggest lake in the Middle East was barren as far as scholars were concerned.

A researcher himself, Ceylan and his team went ahead anyway. After 10 years, no monster surfaced but the divers found remnants of a forgotten city. In 2016, they discovered 1,000-year-old tombstones and stalagmites forming a square field some 4 kilometers (2.5 mi) long.

Early in 2017, they added a Russian shipwreck that had sunk seven decades ago. But the prize moment came later in the same year. Deep beneath the surface sat a castle. Constructed with large, angular blocks, the building covered about 1 kilometer (0.6 mi) along the lake’s bed. Walls stood 3–4 meters (10–13 ft) tall, wonderfully preserved despite being 3,000 years old.[2]

The castle’s owners are believed to be from an extinct civilization known as Urartu, or the Kingdom of Van. During its existence (ninth to sixth centuries BC), the lake was lower. But it rose with the years and eventually swallowed the castle. 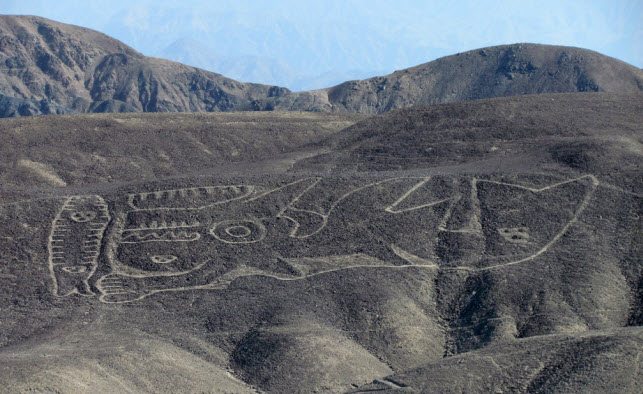 In the Palpa desert of Peru, thousands of ancient images adorn the earth. But one was missing. German archaeologists recorded a killer whale in the 1960s but failed to properly describe its location. Lost for over half a century, Peru’s Ministry of Culture became aware of the orca’s existence after viewing a geoglyph catalog at a German institute.

After searching for years on Google Earth and the hills of Palpa Valley, archaeologists found it in 2015. Etched into a hillside, the pattern measured 70 meters (230 ft) long. Erosion had faded the orca badly. Restoration work in 2017 rendered it in better condition.[3]

Incredibly, tests at the site suggested that the geoglyph was over 2,000 years old—more ancient than the famous Nazca lines in a neighboring region. Similar to the Nazca art, the orca was “drawn” by clearing the outline of stones. The artists belonged to the Paracas culture (800–200 BC), which was older than the one in Nazca.

There is still no clear answer why both civilizations covered over 450 square kilometers (174 mi2) with large geoglyphs. 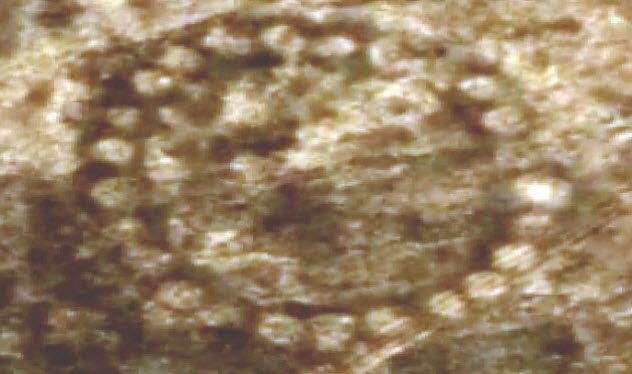 In 2007, Dmitriy Dey from Kazakhstan watched a program about pyramids. Intrigued, he used Google Earth to see if any existed in his country. There were none. But Dey saw over 260 artificial structures, and some were epic. The biggest, an intricate square, is larger than the base of the Great Pyramid of Cheops.

As Dey’s discovery became known, experts were so stunned that they feared a hoax. However, NASA snapped satellite images and confirmed the mysterious shapes. The earthworks made no sense when viewed at ground level. But from above, colossal crosses, squares, lines, rings, and mounds dotted the steppe. The unique collection also included trenches and ramparts.

Whoever the architects were, their skills changed how scholars view Neolithic nomads. The construction required numbers, sheer effort, and staying put—all the things a nomadic group was not usually credited with.

The purpose and age of the structures remain uncertain. The resident Mahandzhar culture (7000–5000 BC) could be linked to the oldest of the buildings. Researchers also dated one of the mounds to 800 BC, perhaps hinting at a continuous effort over time.[4] 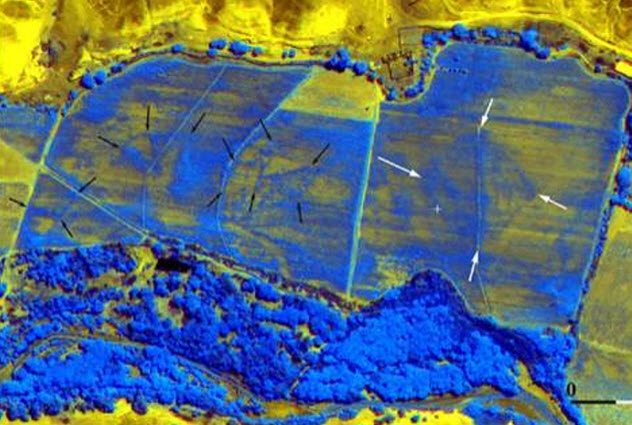 The mud city of Cahuachi was once home to the Nazca people of Peru. The site was abandoned between AD 300–350. Before everyone left, all the monuments were sealed away beneath the desert’s sand. Around 40 of these mounds exist at Cahuachi. In the past, their material turned scanning equipment useless. Since most of the buried monuments are adobe structures (sun-hardened soil), scans could not distinguish them from the mound’s earth.

Recently, a satellite separated the two for the first time when it scanned a site near the city. The images revealed an adobe pyramid within, covering an area of 9,000 square meters (97,000 ft2). The base measured 91 meters (300 ft) by 100 meters (328 ft). Heavy walls and seven levels added to the monument’s majestic presence.[5]

It resembled another inside Cahuachi, the massive asymmetrical Grand Pyramid. During previous digs, anthropologists found human skulls arranged inside the Grand Pyramid, each carefully prepared as an offering. Since the two pyramids are similar, it is likely that the new pyramid also holds human sacrifices. 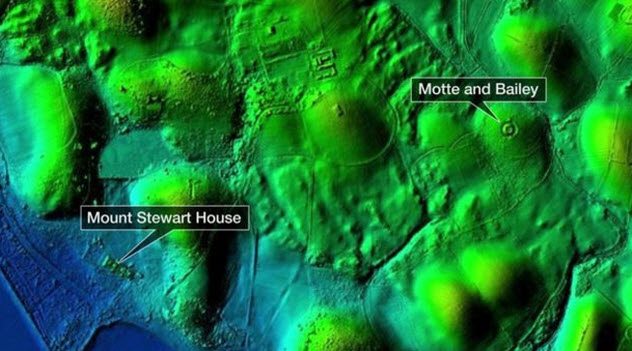 A few years ago, a patch of Northern Ireland came under the ownership of The National Trust. The thickly wooded lot was located on the Mount Stewart estate in County Down. To see if anything was down there, archaeologists searched the area with radar. When the scan isolated one possible location, a normal photograph was taken from the air. It suggested a round structure on the ground. Reaching the site, however, took over 800 hours of chopping down trees.

In 2017, enough ground was cleared to reveal what had made the circle on the photo. It was a Norman-era castle built eight centuries ago on the estate’s Ards peninsula. At least one resident has been traced—a Norman called Robert de Singleton who lived there in 1333.

In excellent condition, the structure was build during the 12th century in the military motte-and-bailey style. The mound (motte) on which it stood spanned 23 meters (75 ft) in diameter. The second trademark feature—the bailey—was a deep ditch that would have enclosed everything with a palisade in the past.[6] 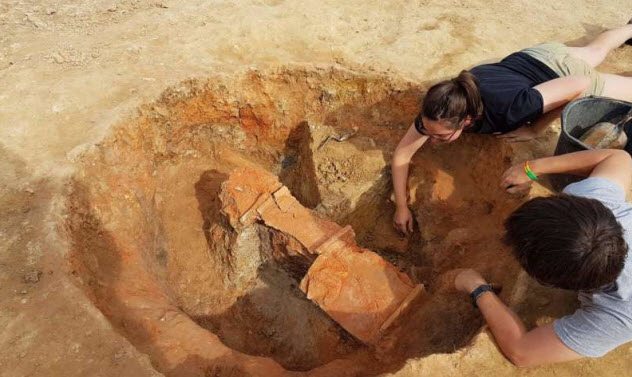 Archaeologists have pondered over Silchester since Victorian times. Two Roman temples had previously been found on a farm, but precisely how Silchester and Rome were linked remained a riddle.

When archaeologists returned in 2017, they found insight into how Emperor Nero (r. AD 54–68) wanted to be viewed by the locals. They identified the ruins of a third temple and found tiles inside bearing Nero’s name. This confirmed the new find as unique—a Roman temple in Britain from the age of Nero.

The tiles may sound drab, but they are incredibly scarce in the UK. To find seven at Silchester supports the idea that Nero ordered the construction project. The temples were impressive for the time.

Back then, Silchester was the Roman city of Calleva and the earliest buildings were the temples, preceding all other monuments by decades. They stood around 15 meters (50 ft) tall and the foundations averaged 15 meters (50 ft) by 17 meters (55 ft). It is believed that Nero raised magnificent structures at Calleva to look good in front of the natives.[7] 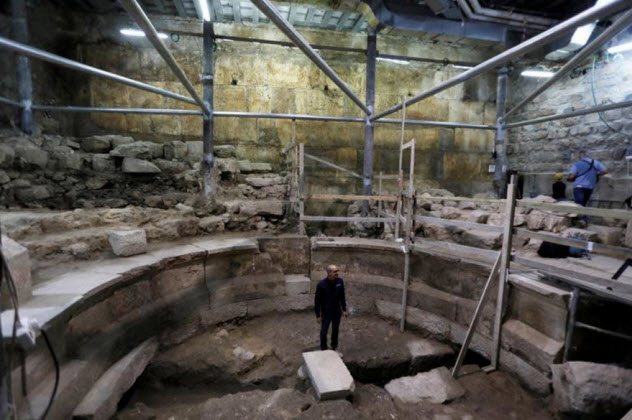 In 2017, an excavation attempted to establish the age of Wilson’s Arch in Jerusalem. The stone bridge was ancient and curved toward the Temple Mount. When the dig extended to the iconic Western Wall, spades struck a first for Jerusalem.

Astonished archaeologists found an enclosed space that banished all thoughts about the bridge. It was a small but fine theater capable of seating an audience of 200. It was also the first public Roman architecture unearthed in the city.

The precise purpose might never be known, but the theater was likely a musical hall or assembly house. Tests suggested the building was raised in the second century AD.

During this period, Rome controlled Jerusalem with little tolerance toward the Jewish people, who were expelled. This conflict could explain why the theater appears to be incomplete. Not all the staircases were carved, and some stone blocks were marked for cutting, which never happened. 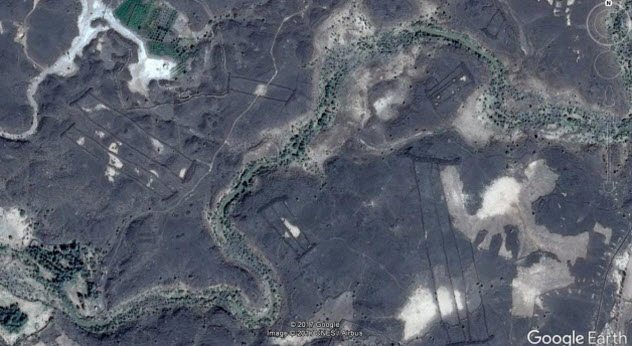 In a world where new discoveries are limited mostly to single sites or artifacts, the Saudi gates are an exception. Discovered via satellite in 2017, around 400 megaliths line west-central Saudi Arabia. They are not really doorways. But from the air, most resemble old field gates.

There is nothing natural about them. Somebody put a huge effort into building these stone walls, with some beating the length of a football field. A few have multiple walls, while others form rectangles. Some of the single walls have stones stacked at each end.

The structures clearly served a purpose. But for the time being, nobody knows the reason. Their age is also lost in time. Archaeologists who attempted to discern a rough estimate noticed that certain formations were at the lowest level of rebuilding and lava flows. Later structures included hunting traps or “kites” and circular structures called wheels, all constructed on top of the mystery ruins.

No man-made building was found beneath the gates, which made them the oldest in the area. More research is required, but some gates could have been built as far back as 7,000 years.[9] 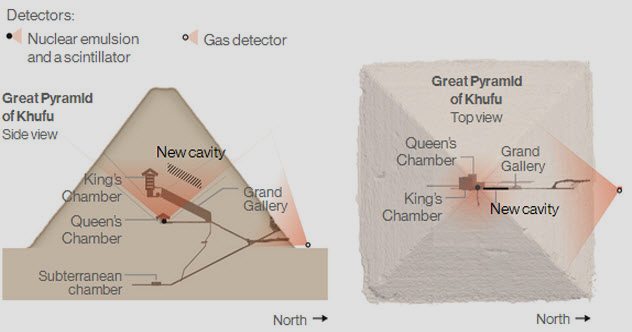 In a 2017 announcement, scientists dropped the bombshell that they had discovered a massive void in the Great Pyramid of Giza. Nothing major has been found in the Egyptian icon since the 1800s. The cavity runs nearly 30 meters (100 ft) long above the Grand Gallery, the monument’s main corridor.

In 2015, Egyptologists tried a noninvasive technique called muon radiography. Muons are cosmic particles that constantly pass through everything on Earth. By tracking the speed—quickly for empty spaces or slowly for solids—scientists can recreate a building’s interior.

Muon detectors were left inside the pyramid for months. When the data was analyzed in 2016, the void stunned everyone. The muons revealed that the void had a cross section that matched the Grand Gallery. Unlike the latter, which leads to the tomb of pharaoh Khufu (r. 2509–2483 BC), the void appeared to be sealed off.[10]

Muons can only paint a limited picture. It is not clear what is inside, why it was included in the 4,500-year-old monument, or whether this is the combined image of multiple structures. One tentative theory suggests that it could be a decommissioned construction ramp.

Ten Unsolved Mysteries of the Irish