Many people do strange things in their sleep. Some people create art, some cook, and some break the law. No, we’re not talking about the weird things people dream about. We’re talking about sleepwalkers.

These people have no control over their actions, and most of the lawbreakers have no memory of their crimes. When they wake up, they realize they have done terrible things. 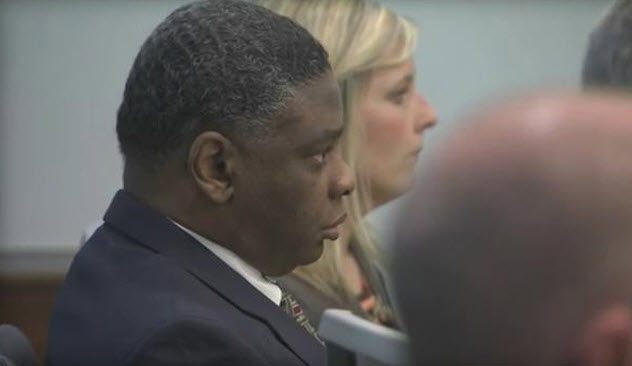 Joseph Mitchell was under a tremendous amount of pressure. He had been unemployed for a while, and unpaid bills were piling up. The stress affected his sleep, and Joseph only slept an hour a night. The stress and lack of sleep also caused Joseph to sleepwalk.

He went into his children’s room and suffocated his four-year-old son, Blake, to death. Joseph walked over to his sleeping daughter, 13-year-old Lexi, and pushed her head into the mattress. He held her down until she stopped moving.

Then Joseph attempted to suffocate his other son, 10-year-old Devon. But Devon woke up and cried out. His unconscious sister awakened at the noise, and the siblings managed to fight off their father. Joseph fled the room.[1]

Lexi brought her brothers to her mother, who dialed 911. Police found Joseph, who had locked himself in his office. He had stabbed himself three times in his neck and torso. Joseph was brought to a hospital where he awoke the next morning. He had no memory of the attack.

Although he was arrested and charged with first-degree murder and two counts of attempted murder, Joseph was found not guilty. 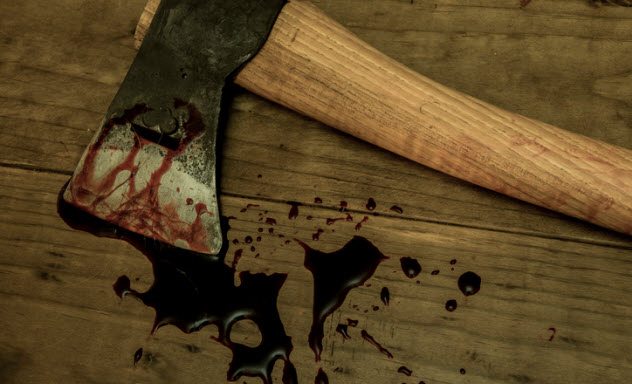 Ivy Cogdon adored her 19-year-old daughter, Patricia. Ivy was devastated when she learned that Patricia had considered becoming a transport driver if the Korean conflict reached Australia. (The Korean War had begun earlier that year.) Ivy feared that her daughter would be hurt by invading soldiers.

Ivy could not sleep that night—she kept worrying about her daughter. Before she went to bed, Patricia told her mother, “Mummy, don’t be silly worrying about war. It is not at your front door.”[2] Ivy eventually drifted to sleep.

That night, she dreamed that her house was a war zone. Ivy heard Patricia screaming, so she grabbed an axe and ran into her daughter’s room. It was full of soldiers. Ivy hit them with the axe.

Patricia’s body was discovered the next morning. Her skull had been smashed. A bloodied axe lay next to her bed. Police interviewed Ivy, and they charged her with her daughter’s murder. Multiple doctors interviewed Ivy and stated that they believed she had not known she was killing her daughter. The jury found her not guilty. 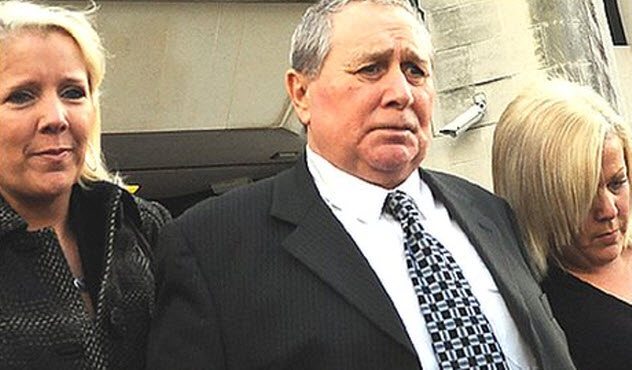 Brian Thomas and his wife of 40 years, Christine, went on vacation in an RV. The couple parked their vehicle in a campsite. However, they were soon disturbed by the screeching of brakes and tires—boy racer activity. The couple moved their RV to a more secluded location, and they went back to sleep.

Brian dreamed that one of the racers had broken into their motor home. The man crawled into the couples’ bed and put Brian into a headlock. Brian managed to fight the man off.

Brian woke up soon after the dream. He looked across the bed and noticed that Christine was not breathing. She had been strangled. He called 999 and reported her death. Police were skeptical of his story, and they charged Brian with the murder of his wife.

He spent 10 months in prison, and multiple tests were performed on him. Two sleep experts agreed that he had killed his wife while affected by a sleep disorder. The jurors found Brian not guilty, although he was advised to seek treatment for his condition.[3] 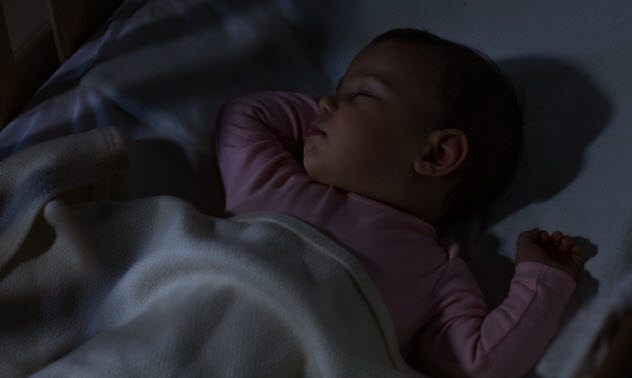 Simon Fraser was sleeping in bed next to his wife when he saw a wild beast come up through the floor and jump into his young son’s cradle. Fraser jumped up, grabbed the wild beast, and slammed it against the wall.

His wife’s screams fully awakened him. Fraser realized that he had picked up his 18-month-old son and killed the child by smashing his head against the wall.[4]

Fraser was charged with murder. He told the court, “I am guilty in my sleep but not guilty in my senses.” His family testified to the violent attacks during Fraser’s sleep. At various times, he had attempted to strangle his sister and assault his father. Fraser had also injured himself.

He was examined by doctors, who agreed that he had unknowingly killed his child. Fraser was acquitted. However, he had to promise that he would start sleeping in a separate room from other family members. 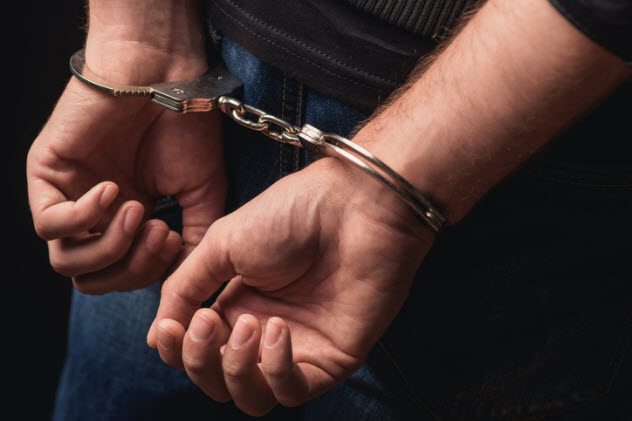 Kenneth Ecott, 26, and his friends celebrated a friend’s birthday at a club. The group continued the party at a friend’s house where they downed a bottle of vodka. Many of them fell asleep on an inflatable mattress in the dining room.

Early the next morning, a 15-year-old girl woke up with Ecott on top of her. She screamed. Ecott stood up, and he slowly walked naked into the yard.

Then Ecott woke up in the yard. He was still completely naked, and he had no clue how he had wound up there. Ecott went inside the house and was quickly accosted by angry people who demanded to know what he had done to the sobbing girl. Ecott did not know how to respond, and he just left the home.[5]

He was arrested later that day. He insisted that he suffered from a sleep disorder and had no memory of the incident. The jury believed him. He was found not guilty. 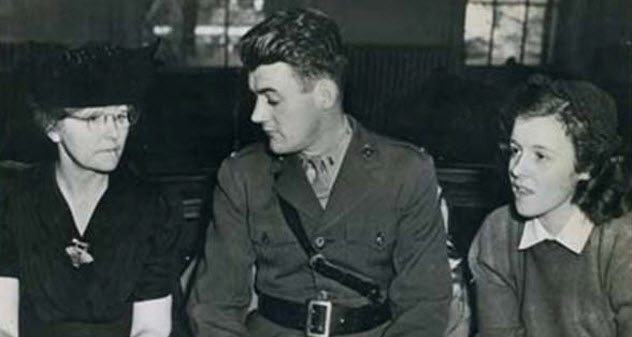 Fifteen-year-old Joan Kiger was asleep when she heard gunshots in her home. She grabbed two of her father’s revolvers and went to stop the gunmen. Joan fired at the shadowy figures that were shooting at her.

She awoke from her dream with a pistol in her hand. Her mother, Jennie, was sobbing hysterically. Joan had shot her in the thigh. Joan had also shot and killed her six-year-old brother, Jerry, and her father, Carl.[6]

Joan drove her family’s car to the neighbors to get help. Officers arrived at the Kigers’ home, and they noticed that the house was locked up tight with no evidence of intruders. Police arrested Joan. She was tried as an adult, and the prosecutor sought the death penalty.

During her trial, Joan’s defense attorney blamed the Kigers’ deaths on her night terrors. She suffered from frequent, intense nightmares that seemed real. Jurors could find no other motive for the murders, and they found Joan not guilty. 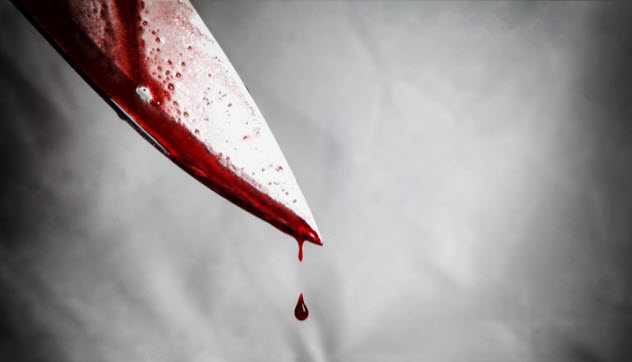 Kenneth Parks fell into a deep sleep. When he regained consciousness, he was staring at his mother-in-law’s face, and blood was dripping from his severely cut hands. Parks drove to a nearby police station and told officers: “My God, I’ve just killed two people.”[7]

Earlier, Parks had arisen from his couch, put on his coat, walked out his front door, and climbed into his car. He then drove 24 kilometers (15 mi) to his in-laws’ home. Parks had beaten his mother-in-law, Barbara, with a tire iron and repeatedly stabbed her. He then turned his attention to his father-in-law, Denis. Parks choked and stabbed him. However, Denis managed to survive the attack.

Parks was charged with first-degree murder. He spent a couple of years in jail before he went to trial. While he was imprisoned, he underwent a series of sleep tests and psychological exams conducted by many specialists.

The tests confirmed that Parks had periods of awakenings from deep sleep and a strong tendency to sleepwalk. The jury believed Parks had not knowingly harmed his in-laws, and he was acquitted of all charges. 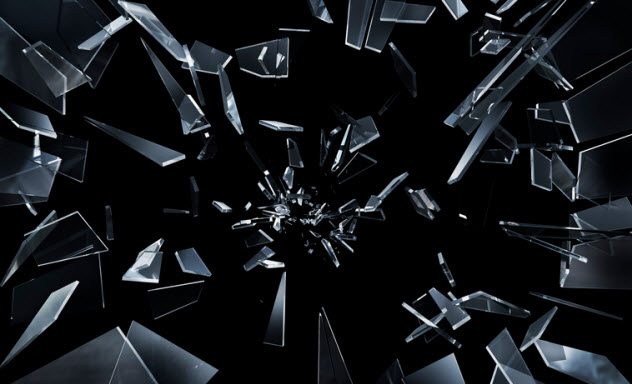 In 1859, Esther Griggs was sleeping in her bed when she heard her five-year-old son say that the house was on fire. Griggs started screaming, begging someone to save her children. She feared that they would burn. Griggs grabbed her 18-month-old child and flung her out the window. The toddler broke through the glass and landed on the street below.

Policemen heard Griggs’s screams, and they hurried to the wailing woman’s apartment. Griggs let them in. She kept crying out, “Where’s my baby? Have they caught it?”[8] One policeman ran outside and inspected the child. The girl was sent to a hospital, where she later recovered.

Griggs told the policemen that she had no desire to hurt her children. She had only acted out her dream. The policemen brought Griggs to the hospital, and she was later held in jail. The grand jury met to consider an indictment for assault with intent to murder. However, they decided against charging Griggs and she went free. 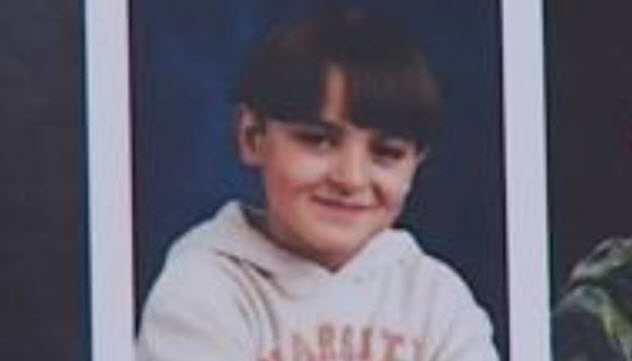 Thirteen-year-old Daniel Gudino had trouble sleeping. He was worried that there was a ghost in his home. Daniel tried to sleep on the couch, but two shadowy figures scared him before he went to sleep.

He got off the couch and grabbed his father’s shotgun. Daniel walked into his brother’s room and shot a ghost three times. Then he went into the kitchen. Daniel awoke to his mother, Marina, crying while she wrestled for the scissors in his hands.

Marina called the police, who arrested Daniel. In addition to attacking his mother, he had also shot and killed his nine-year-old brother, Ulysses. A psychiatrist testified that Daniel was sleepwalking during the ordeal.[9]

However, he was found guilty of first-degree attempted murder and assault. Jurors were not able to reach a decision on the first-degree murder charge. Daniel was sentenced to up to five years in a youth correctional facility. 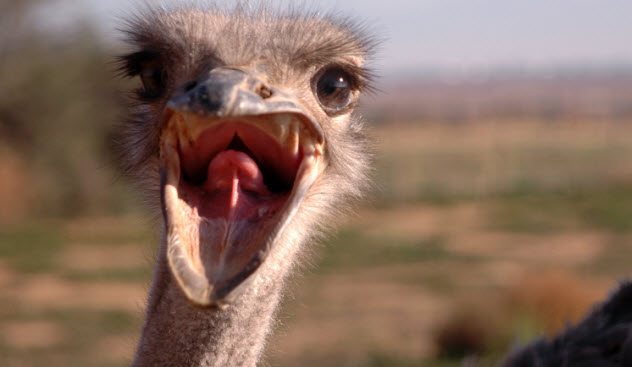 Antonio Nieto dreamed that he was attacked by ostriches. He grabbed an axe and a hammer, and he chased after the birds. Nieto managed to do considerable damage with his weapons.

By the time Nieto had awakened, he had killed his wife and mother-in-law. He had also attacked both of his children. He had struck his daughter multiple times with his weapons, although she survived the attack. Nieto only managed to strike his son once before the man overwhelmed his 64-year-old father.

Nieto faced 70 years in prison for the deaths. However, it became apparent that he had not knowingly killed his family. The court sentenced Nieto to up to 10 years in a psychiatric institution. He had to move 500 meters (1,640 ft) away from his children, and he was not allowed to interact with his family. Nieto also had to compensate the relatives of the victims €171,100.[10]

Read about more weird things that can happen when you sleep on 10 Terrifying Tales of Sleepwalking and Top 10 Fascinating Things That Happen To You When You Sleep.