In the future, the defining image of February 2018 will almost undoubtedly be that of a Tesla roadster, floating across the silent gulf of space toward Mars, its own “driver” strapped in the front. Yes, this was the week Elon Musk made history by putting a commercial car in orbit, while also smashing several other firsts. Elsewhere, we had a mixture of good news, worrying news, and just plain weird news. After all this time, what else would you expect? 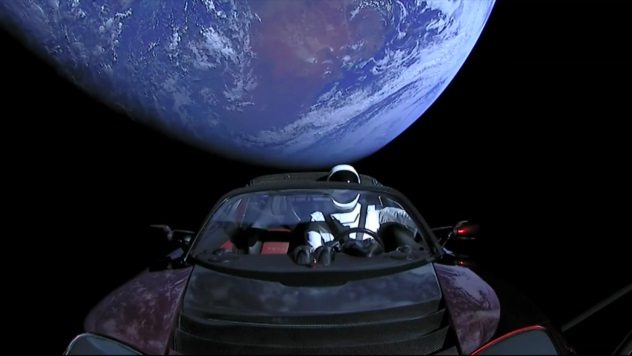 Right now, there is a luxury car floating toward the asteroid belt.

That this absurd sentence is nothing more than a statement of fact is thanks to one man. On Tuesday, Elon Musk put the first commercial car in space, blasting off his own Tesla Roadster on the back of SpaceX’s new Falcon Heavy rocket. The car came complete with a quote from Hitchhiker’s Guide to the Galaxy and David Bowie’s “Space Oddity” playing on an eternal loop. Whimsy, apparently, is Musk’s middle name.

Arguably, the whole “car in orbit” thing overshadowed SpaceX’s actual achievement: successfully testing its Falcon Heavy.[1] The Falcon Heavy can carry a payload far bigger than any other modern rocket. That means bigger satellites and telescopes will soon be able to reach orbit with ease.

Even more impressively, two of the Falcon Heavy’s three boosters returned to Earth, landing in perfect sync on launch pads like something out of a sci-fi film. The third exploded, but hey, two out of three ain’t bad.

9 The Stock Market Went Into Meltdown (For Non-Scary Reasons) 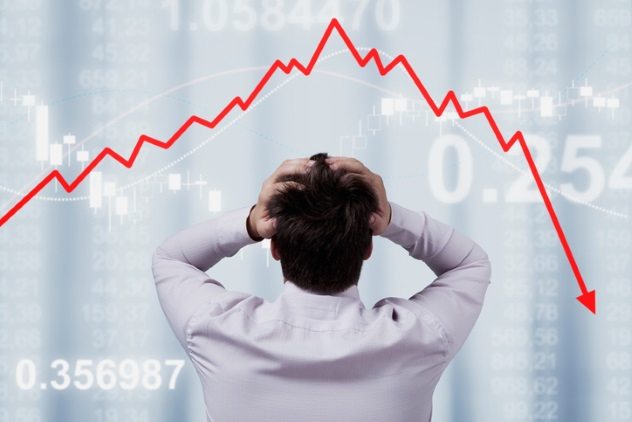 On Monday, the Dow Jones Industrial Average plunged almost 1,600 points intraday before closing down 1,175 for the day, its biggest point drop in history. This was followed by a meltdown in Asian markets and then panic in Europe. Sounds like a disaster, right?

Well, here’s where it gets weird. While we’re used to hearing “stock market meltdown” and instantly imagining 1929, this week’s market drop is not nearly as bad as some previous crashes on a percentage basis. But it does signal an end to the seemingly nonstop market surge that has been going on for months. Investors had become far too complacent, and this was their wake-up call. Some experts even believe that this sudden meltdown might be a good thing.[2]

In the 15 months since Donald Trump won the US election, the Dow Jones has been rising like crazy. At the same time, governments have been slowly turning off the taps on post-recession stimulus. The result appears to have been Monday’s correction. In market terms, volatility is back big time. That means we’re in for a rocky ride for the time being, with big swings up and down in the stock market.

While this undoubtedly sucks for certain investors, it could signal a terrific buying opportunity for those who can stomach the risk.

8 Moscow Suffered The Snowstorm Of The Century 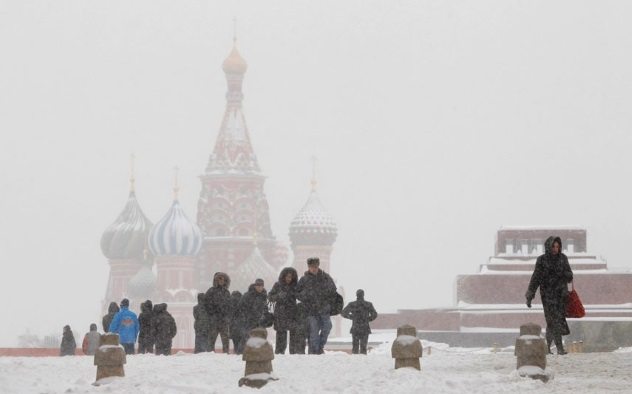 Do you have any idea how frequently Moscow calls an official snow day? The answer rhymes with “never” because that’s exactly what it is. The Russian capital is used to freezing winter temperatures and snowdrifts that would paralyze most other cities.

Still, every once in a while, a snowstorm will come along that proves the exception to the rule. This week, that snowstorm hit. On Sunday alone, 43 centimeters (17 in) were dumped across Moscow, equivalent to an entire month’s snow.[3] The result was gridlock, chaos, and a spate of spectacular snow pictures the likes of which we rarely ever see.

The snowfall comes after a strangely warm winter (by Russian standards), similar to that currently afflicting parts of the EU. Like Monday’s stock market meltdown, this snow-splosion almost seems like a correction to the unseasonably warm weather.

7 The Gambia Rejoined The Commonwealth Of Nations 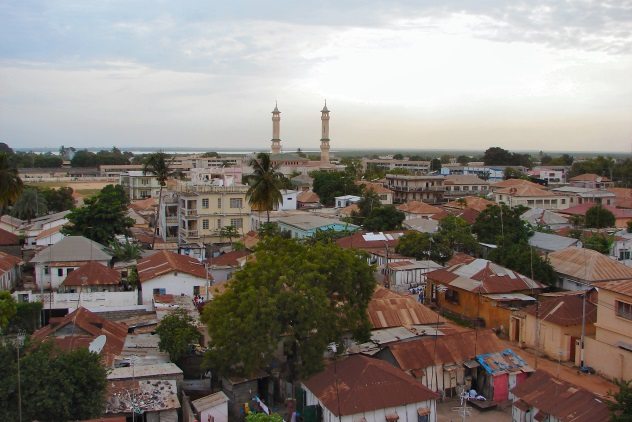 It’s very rare for a country to rejoin the 52-member Commonwealth of Nations after leaving. Since its founding, only three had previously done so: South Africa, Fiji, and Pakistan.

This week, a fourth nation joined this tiny list. In 2013, Yahya Jammeh, former dictator of The Gambia, dragged his nation out, calling the Commonwealth a “neo-colonialist” institution. There, the story probably would have ended, had Jammeh not found himself on the receiving end of an armed ECOWAS force in January 2017, politely insisting he respect the then-recent election result and hand over power to winner Adama Barrow. Jammeh fled the country, and since then, Barrow has been working tirelessly to undo all the awful things his predecessor did.

After a year of negotiations, that list finally included readmitting The Gambia to the Commonwealth.[4] While the move is more symbolic than anything, it does show that The Gambia is slowly stepping out of Jammeh’s long shadow and into a new, democratic era.

6 Germany Finally Got A Government (Probably) 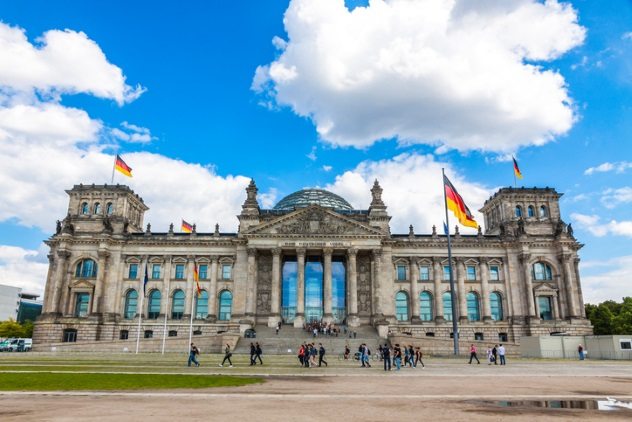 It was the longest postwar stretch that Germany spent without a government.

Following inconclusive September elections and a collapse of talks between her CDU/CSU, the Greens, and the Free Democrats, Angela Merkel was forced to go to her former coalition partners, the SPD, begging bowl in hand. Led by Martin Schulz, the SPD had received a drubbing in the election and refused to work with Merkel again. It briefly looked like time was up for Germany’s first female chancellor.

The SPD extracted significant concessions from Merkel, including the key finance, labor, and foreign ministries. This suggests that, if the new coalition goes ahead, it will be more shaped by Schulz’s pro-EU vision than Merkel’s pragmatism. However, the deal is not set in stone until the SPD’s 463,000 members can be balloted on it. Although it’s unlikely, they may reject it. 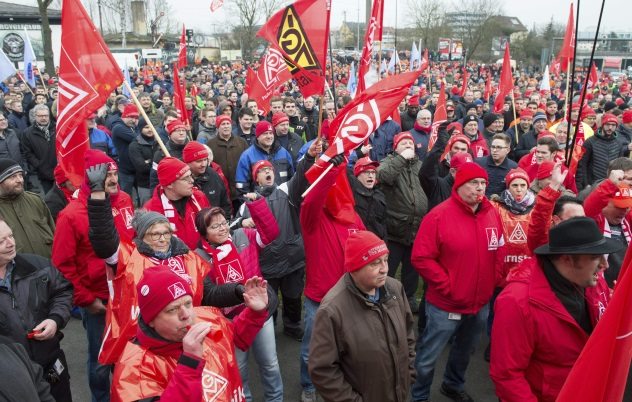 Sticking with Deutschland for a moment, another significant story came out from the Teutonic nation this week. In Baden-Wurttemberg, labor union IG Metall scored a victory for its workers by winning them the right to a 28-hour working week. The agreement affects nearly a million German workers in the car and hi-tech sectors and is expected to soon be mimicked by other unions all across German industry.[6]

The new contracts preserve workers’ rights to choose between 28 hours and full time at any point, meaning anyone who gets fed up with the shorter week and all that daytime TV can return to regular 40-hour work without being penalized. As the Financial Times noted, it shows young Germans are shrugging off the “industrious” stereotype and starting to become more like their strike-happy counterparts in France.

Exactly how this will effect the German economy in the long run remains to be seen. But there’s no doubting this could be the biggest shakeup of European labor in years. 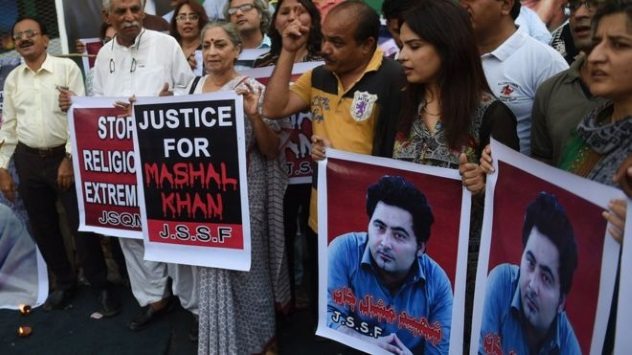 In April 2017, a mob broke into the dormitory of 23-year-old Pakistani student Mashal Khan. The attackers were Khan’s classmates, his roomies, even his own lecturers. They’d heard that Khan had committed blasphemy—a capital crime in Pakistan—and they wanted revenge.

What happened next was horrific. Khan was murdered. He was beaten, stripped, shot, and thrown from a building. His crime? To have spoken out in favor of free speech and against corruption at his university. When police investigated, they discovered the blasphemy charges were false and that Khan’s murder had been orchestrated by another student group.

Such murders are depressingly common in Pakistan, but Khan’s death triggered outrage. This week, 52 members of the mob were put on trial, in a case that was seen as a litmus test for Islamabad. One was sentenced to death. 26 received three years. 25 were acquitted.[7]

The death sentence was a victory for courts often cowed by extremists. However, Khan’s relatives criticized the acquittal of the 25, saying murderers had been allowed to walk free. 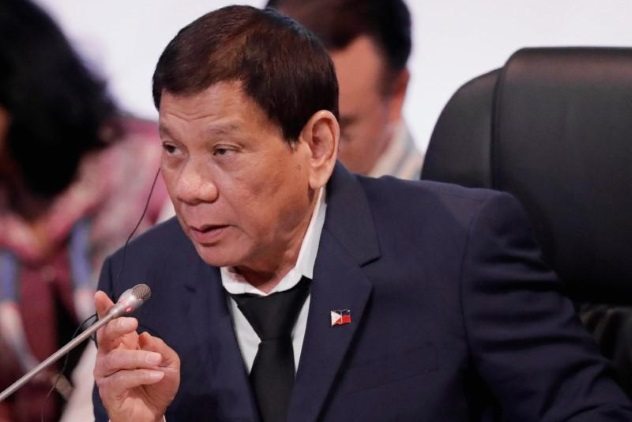 Since Philippine president Rodrigo Duterte launched his bloody crackdown on drugs, thousands of people have been murdered. Estimates place the number between 4,000 and over 9,000—putting the conflict on a par with the bloody violence in the Central African Republic (CAR).

That comparison isn’t random. The International Criminal Court at the Hague (ICC) is currently investigating CAR for war crimes. This week, they decided Duterte’s reign of terror might be worth examining, too. A preliminary investigation was opened. If it proceeds to a full case, we could yet see the president of the Philippines on trial for crimes against humanity.[8]

The complaint was brought by a Philippine lawyer. Now, the ICC must decide whether there is enough evidence to open a full investigation. If there is, they will be empowered to bring Duterte to trial and hand out sentences to other officials. It should be pointed out, though, that only nine ICC complaints have so far been brought to trial, out of more than 12,000 filed. 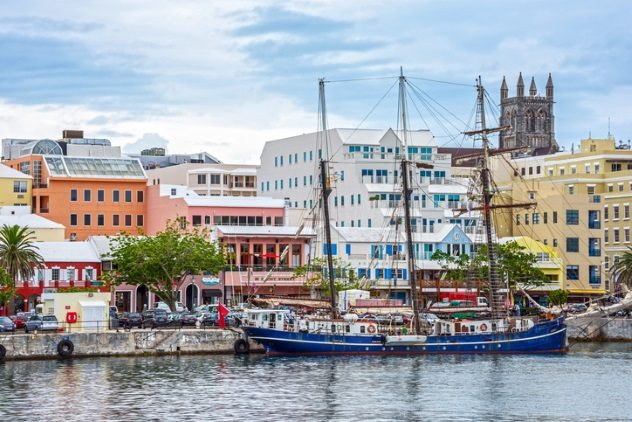 After a barnstorming 2017 for gay marriage, 2018 began with a setback. This week, tiny Bermuda became the first territory in modern history to repeal gay marriage after legalizing it. The ruling was a blow for marriage equality campaigners across the globe.

The actual intricacies of the case are fairly nuanced. In May 2017, Bermuda’s supreme court ruled that gay marriage must be allowed, sparking protests. The government rushed to reverse the ruling but was hamstrung by the constitution. The resulting bill that came into law this week was a compromise: It outlawed gay marriage but made same-sex civil partnerships legal. It also protected the rights of any gay couples who married in the interim, meaning their marriages will remain legal.[9]

The bill caused trouble in the UK, of which Bermuda is a Crown dependency. Technically, Westminster could have stepped in and blocked the repeal of gay marriage, but to do so would have been equally as controversial as letting the law pass. In the end, London elected to stay out of it.

1 The Maldives Plunged Into Crisis 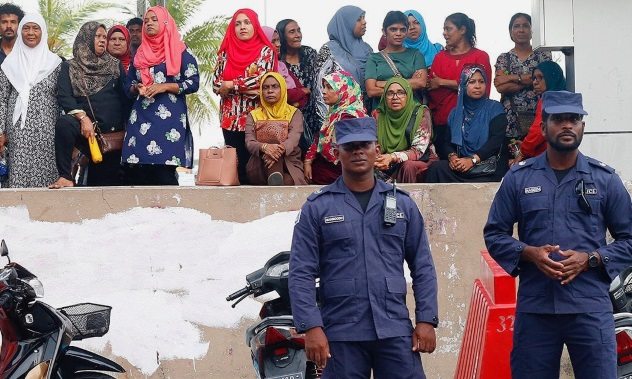 A near-invisible speck in the vastness of the Indian Ocean, the 26 coral atolls that make up the Maldives are currently home to some crazy political drama. Regular readers may recall that last August, the military occupied the Maldivian parliament. This week’s crisis beats even that.

It all started when the Maldivian supreme court voted to release political prisoners of Islamist autocrat Abdulla Yameen. This was doubly unexpected, as the Maldivian judiciary was entirely handpicked by former dictator Maumoon Abdul Gayoom, who is Yameen’s half-brother. Yameen reacted by panicking, declaring a state of emergency, having the military occupy the supreme court, and having Gayoom’s family chucked in prison.[10]

It’s thought that the ousted Gayoom has made an unlikely alliance with exiled opposition leader Mohamed Nasheed. Nasheed had been a political prisoner of Gayoom’s before becoming president after his release and then getting deposed in a coup by Yameen. With many in the security forces still loyal to Gayoom, there is potential for things to get ugly, a potential helped by both India and China vying for influence over the island nation. We’ll see how this crisis develops in the coming weeks.