As Americans settled down this week to turkey and epic drunken arguments with their various uncles, the rest of the world was busy trundling on. In Africa, long-standing eras of repression were finally coming to a close. In Europe, old wounds were being reopened even as the future of the continent hung in the balance. While everyone stateside was slipping into a food coma, here’s what was happening elsewhere. 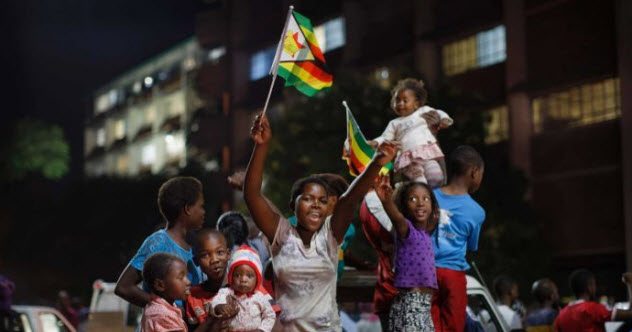 Well, that was a crazy few weeks.

After 37 years at the helm of Zimbabwe, a country he first liberated and then ruled with an iron fist, Robert Mugabe finally stepped down as president on Tuesday, following 15 days best described as “dramatic.”

The saga began on November 6 when Mugabe fired his successor, Vice President Emmerson Mnangagwa, in favor of his deeply unpopular wife, Grace. It continued when the army unexpectedly seized control of the capital, Harare, only a week later. And it reached its climax this week when Mugabe was forced to tender his resignation. With the stroke of a pen, one of the world’s oldest dictatorships was ended.[1]

The news was greeted with joy in Harare, where spontaneous street parties continued through the night. Not that the road to a post-Mugabe era was easy. The preceding days saw Mugabe repeatedly refuse to resign. It was only when his ruling ZANU-PF party began impeachment proceedings that the elderly autocrat pulled a Nixon and jumped before he was pushed.

Where Zimbabwe goes now is anyone’s guess. Mnangagwa is at least as vicious as Mugabe, and ordinary Zimbabweans are thirsting for real, meaningful change. Fingers crossed that this isn’t a false dawn but the true beginning of Zimbabwean democracy. 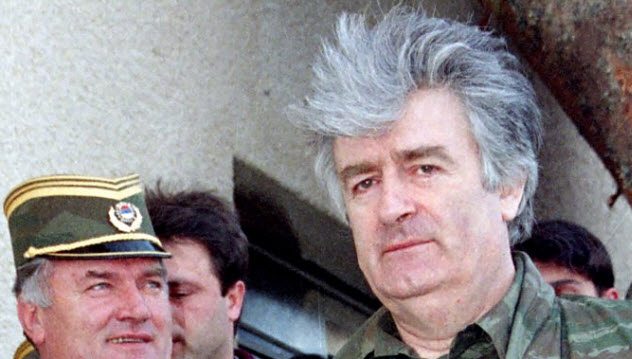 Twenty-two years ago, Bosnian-Serb troops under the command of Ratko Mladic marched into the city of Srebrenica, Bosnia. While UN troops looked on, Mladic’s men rounded up the Bosniak Muslim population and separated them into two groups.

This Wednesday, the trial of Mladic at The Hague finally ended, more than six years after Serbia’s intelligence agency finally apprehended him. The warlord was cleared of one count of genocide. But he was found guilty of genocide at Srebrenica and five counts of crimes against humanity. Given his age and sentence, it is almost certain that he will die in prison.

Mladic’s conviction brings some closure to the war in Bosnia, but it also highlights how little success the Balkan nation has had. An autonomous Serb statelet carved out by Mladic’s troops still exists in its heart, and ethnic tensions are simmering once again. 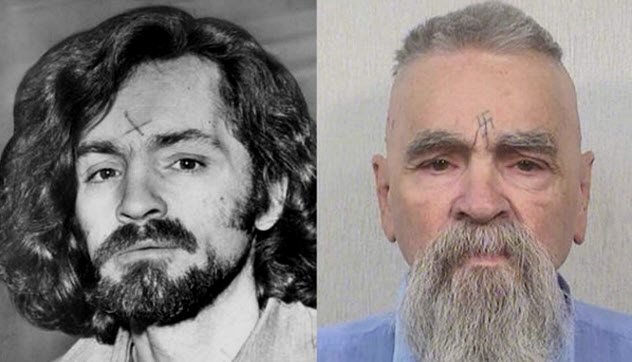 In a week where closure and the ending of eras seemed to dominate the news, America got some slight closure of its own. Cult leader Charles Manson embodied the dark side of the 1960s, a free lovin’ hippy who orchestrated a bloody rampage across Los Angeles that may have ended up to 35 lives.

Although Manson never personally killed anyone, his “Family” was involved in some gruesome crimes, including the killing of pregnant actress Sharon Tate. One Family member, Lynette “Squeaky” Fromme, would later try to assassinate Gerald Ford.[3]

Although Manson was arrested and sentenced to death in 1971, his execution was commuted to life following a short-lived moratorium on the death penalty. This week, he finally died of natural causes following decades in jail.

The Manson Family, its murders, and its crazy ideas have been analyzed to death over the decades, so we won’t go into it all over again here. Suffice it to say, Manson’s death finally brings to a close a dark chapter in US history.

7 We Discovered Uber Had Covered Up A Massive Data Breach 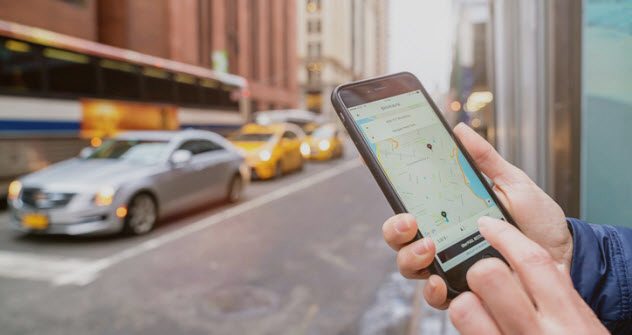 In 2016, hackers broke into Uber’s systems and stole data on 57 million customers and drivers worldwide. In such cases, the law is very clear on what companies need to do. They need to tell the regulator and then inform affected customers. Instead, Uber covered up the breach and paid the hackers to delete the data. This week, the story came out into the open and the brown stuff really hit the fan.

Uber has already been having a terrible year. London’s transport regulator revoked its license. The company was sued by Google for corporate theft. Sexual harassment claims forced out senior staff. Revelations of corporate espionage and lying to law enforcement came out in the press.[4]

Now Uber is getting hit by new lawsuits linked to this security breach while also being investigated by the NCA, the British equivalent of the FBI. At some point, you have to start wondering if Uber is gonna survive much longer. 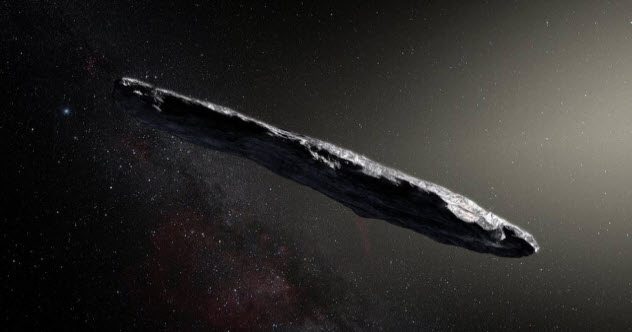 Meet Oumuamua, one of the weirdest things in our solar system. A rocky, cigar-shaped object 10 times longer than it is wide, Oumuamua would be strange even if we were judging it by shape alone. But there’s something else that makes this cylinder of space rock fascinating to human scientists. It’s the first confirmed interstellar object to be discovered in our solar system.

We’re all familiar with asteroids and comets, including some that zip past Earth only once in a lifetime. But all of these (as far as we know) were formed along with our solar system and have been orbiting our star ever since.

Oumuamua was born around another star entirely. It voyaged across the empty waste of space. And now it’s in our solar system, just passing through on an epic journey that will take it far away to the constellation of Pegasus.

Although Oumuamua (Hawaiian for “first-arriving messenger from afar”) is currently unique, that may be only because we haven’t detected its cousins yet. It’s thought that as many as 100 interstellar objects may be in our solar system at any one time. 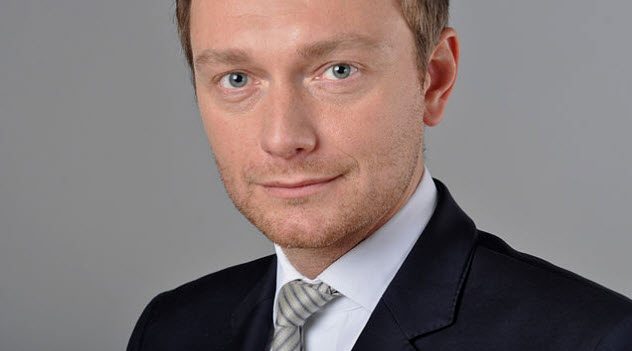 No postwar German chancellor has failed to form a government. That one, indisputable fact must have been hanging over Angela Merkel since Sunday. That was the day Christian Lindner of the Free Democrats (FDP) walked out of talks with Merkel’s CDU-CSU alliance and the Greens. Without the FDP’s 80 seats, Merkel’s CDU-CSU cannot form a stable government. Two months after inconclusive elections, Germany may be forced to head to the polls again.

The September vote left Merkel as head of the largest party but with a badly reduced seat tally. Her old coalition partner, the SPD, could technically still join up with her, but the SPD was badly punished by voters and leader Martin Schulz has refused to prop up another Merkel government.[6]

Another complicating factor is the AfD. The first hard-right party in the Bundestag since World War II and currently the third-largest party, they would become the official opposition to another “grand coalition.” Neither Merkel nor Schulz wants that.

For a country that prides itself on stability, this is an unprecedented crisis. While Lindner may yet return to the table, Merkel’s authority has been weakened. Is the EU about to enter a post-Merkel era? 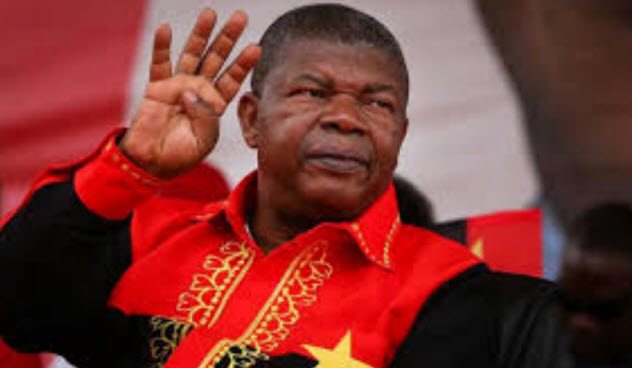 If you thought Zimbabwe under Mugabe was ossified, you should take a look at Angola. The oil-rich southern African nation was ruled by autocrat Jose Eduardo dos Santos from 1979 until this year, during which time it suffered a bruising civil war and a descent into abject poverty.

Dos Santos stepped down in September after paving the way for his handpicked successor, Joao Lourenco. After Lourenco took power, everyone assumed that things would carry on as normal. They didn’t reckon with Lourenco’s ambition.[7]

This week, the new Angolan president conducted a purge of the government, sacking Dos Santos loyalists and family members. It’s not quite a Zimbabwe-style coup, but for Angola, it’s almost unthinkable.

There are signs that things could soon go even further. The current Angolan ambassador to Tanzania, and a veteran of the ruling MPLA party, called this week for Dos Santos to be prosecuted for crimes committed during his dictatorship. Are we about to witness an African Spring? After Mugabe’s fall, it feels like anything could happen. 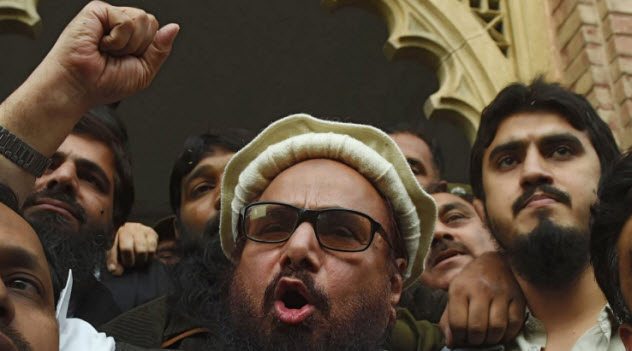 In 2008, 10 militants from the Islamist Lashkar-e-Taiba terrorist group slipped into the Indian city of Mumbai. In groups of two, they attacked cafes, Jewish centers, train stations, taxis, and two hotels before either taking hostages or getting in shoot-outs with the police. Over the course of three days, 166 people were killed and 300–600 were injured. It remains one of India’s worst terrorist atrocities.

The attackers were all from Pakistan, India’s longtime regional enemy. After intense international pressure, Islamabad finally put the accused mastermind, Hafiz Saeed, under house arrest in January 2017. This week, the government released him. For killing more people than died in the 2015 Paris attacks, Saeed served less than a year.

It’s hard not to read this as Pakistan deliberately poking India in the eye. Although Saeed claims innocence, his Lashkar-e-Taiba is known to have been behind the assault and all signs point to his involvement.[8] His release is likely to strain Islamabad’s relationship with both Delhi and Washington almost to the breaking point.

2 Eastern Ukraine Was Hit By A Dramatic Coup Attempt 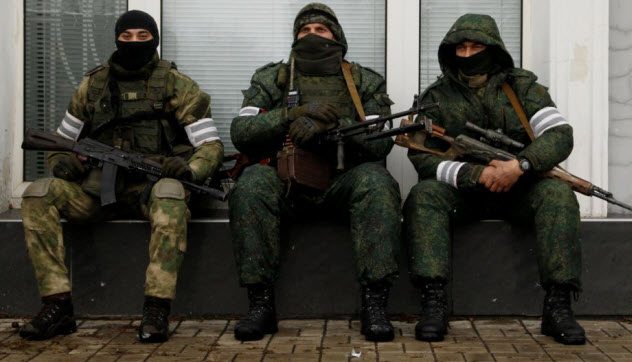 “Luhansk People’s Republic” is a breakaway region in far eastern Ukraine and easily the most dangerous of the two separatist states that formed there in 2014. Under Ihor Plotnitsky, the unrecognized state has become a land of brawling warlords, brutal assassinations, and spiraling violence. This week, those under Plotnitsky finally snapped. Former police chief Ihor Kornet mounted a coup attempt. The situation nearly went out of control.

Armored cars and troops in unmarked uniforms seized key locations in the center of Luhansk. Plotnitsky fled across the border into Russia. Things got so chaotic that Ukraine’s other breakaway republic, Donetsk, sent out tanks in what appeared to be an invasion. Russian troops crossed into the territory, sparking panic in Kiev. At one point, it appeared as if the coup was on the verge of reigniting Ukraine’s deadly civil war.

Thankfully, things cooled down. The word out of Luhansk now is that the Kremlin intervened and sided with Kornet’s coup while also allowing Plotnitsky to remain as a figurehead.[9] 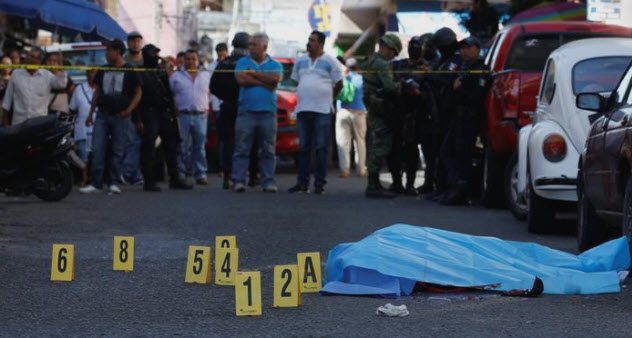 So far this year, Mexico has seen nearly 21,000 people murdered. That’s more than were killed in the whole of 2016, averaging around 69 murders per day. When these statistics were made public this week, they came with an ominous warning. If Mexico continues to record killings at this rate for the next two months, 2017 will be the deadliest year since the government first began keeping records 20 years ago.

The violence is the direct result of the Mexican Drug War and the recent capture of El Chapo. While the Drug War has caused upheaval for over a decade and resulted in over 150,000 deaths, El Chapo’s capture has sparked a sudden frenzy of violence as rival gangs battle it out for his former turf.

It doesn’t show any signs of abating. Killings are now taking place in broad daylight in heavily guarded areas and targeting even the elite of Mexican society.[10]

We’re now at the unfortunate stage where Mexico seems to be losing the Drug War. What that means is hard to say. However, it suggests that these tragic killings will only continue.