We’ve all heard the stories of misers who seem to die in poverty but are later discovered to be millionaires. Have you ever wondered where they hide their money? What about criminals? Where do they stash their cash?

Not everyone trusts banks or investments. Some people grow their fortunes in unconventional ways. Maybe someone you know is hiding cash. Or perhaps an eccentric person once owned your house and stashed a rainy day fund in an unusual place. Do you know where to look?

If you want some ideas, here are the top 10 unusual places where people have hidden money—and better yet, where other people have found it. You may want to buy some Purell and latex gloves before you get started. It just depends on how badly you want other people’s money. 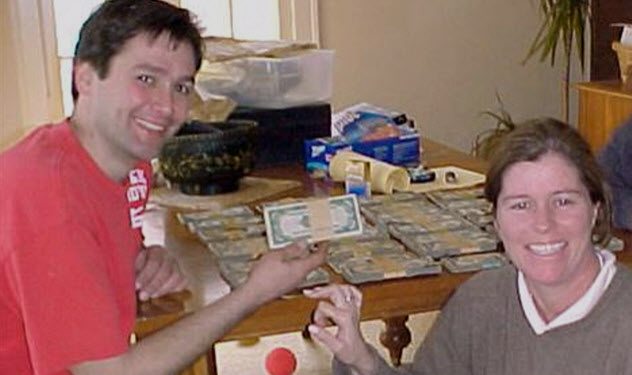 A place where people wash off dirt with a lot of water is the last place that we would expect to become a bank. Maybe that’s why some people consider bathrooms to be such good hiding places for their cash.

In the United States, a contractor once found $182,000 in a bathroom.[1] He told the homeowner about his windfall discovery, and that’s when the trouble began. Their good fortune became public knowledge because they couldn’t agree on how to split the money. As a result, 21 descendants of Patrick Dunne, the wealthy businessman who hid the Depression-era bills, also got a share of the loot.

In another incident, British police discovered almost £38,610 in a toilet cistern after raiding a West Midlands home with a drugs warrant. Resident Helen Ross, 41, had no regular income but quickly claimed that she had won the money through playing at casinos and online bingo.

Ross also owned a Range Rover valued at £40,000. The police probed her bank transactions to verify her casino windfall claim but could find no evidence of such winnings.

For years, Ross drove expensive cars and went on lavish holidays even though she had little legitimate income. She is an example of a criminal who finds an innovative way to hide wealth obtained from illegal activities. 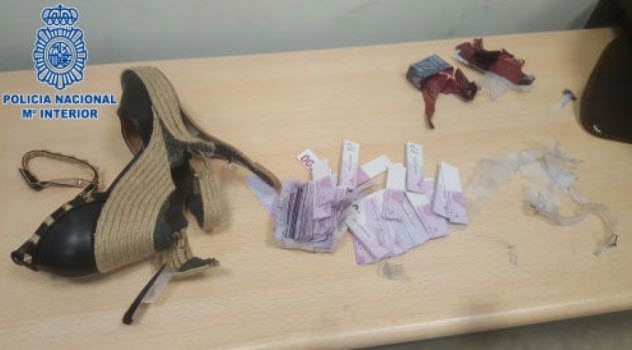 In Colombia, police officers and airport officials discovered a stash of cash in the shoes of a woman who was acting suspiciously.[2] The wads of 500 euro notes had been thrust into the heels of four wedge shoes.

Surprisingly, the woman only carried 5,950 euros in her bag while she had £150,000 stashed in her shoes. This is another example of a person who would go to any length to hide money.

8 Cash Hidden In A Couch 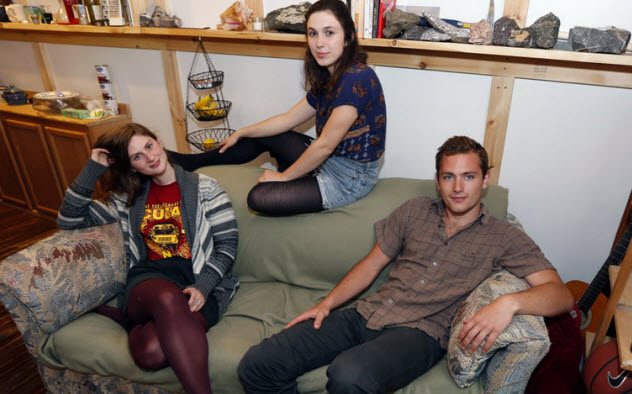 When three college students bought a secondhand couch from a charity store for $20, they had no idea of its actual value.[3] Roommates Lara Russo, Cally Guasti, and Reese Werkhoven discovered envelopes of cash totaling $41,000 when they brought the couch to their New Paltz home. Despite their excitement, the students decided to return the money to its rightful owner.

It turned out that the money had been kept in the couch by the husband of the woman who donated the furniture. The money represented decades of savings, including wages from the woman’s job as a florist. For years, she had slept on the couch, unaware of its contents. But recent back problems had led her daughter and son-in-law to replace the couch with a bed.

After returning the money, the students received $1,000 as a reward for honestly.

7 A Florida Man Hid Money In His Rectum 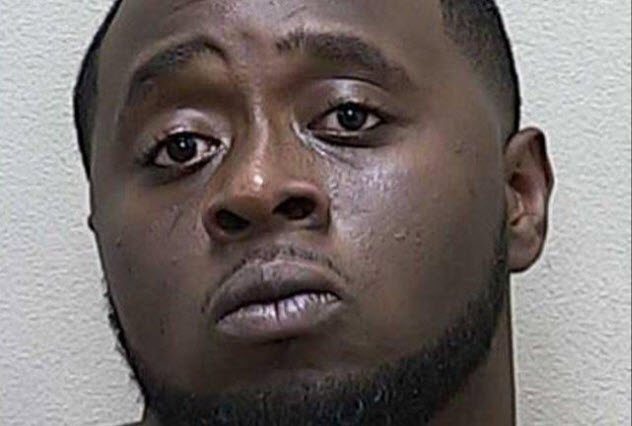 A Florida man became the subject of police jokes when he was caught with over $1,000 in his rectum. Pattreon Stokes stuffed the money in this unusual hiding place so that the cops wouldn’t find it. But that bright idea turned out to be a prime example of stinkin’ thinkin’.

When a policeman pulled Stokes over for speeding in August 2017, the deputy smelled marijuana inside the car and conducted a search. He discovered rock cocaine, heroin, methamphetamine, marijuana, a small scale, and a large sum of cash.

Stokes was arrested and brought to the Marion County Jail. But somewhere along the way, the money disappeared. Stokes claimed that the police had already taken the cash, but they knew they hadn’t.

Then some eagle-eyed policemen saw $20 bills spilling out of Stokes’s buttocks. This forced the officers to take a closer look, and $1,090 was retrieved from the accused drug dealer’s rectum. Stokes was said to be “bummed” about the whole affair.[4]

6 A Family Saved Money In Their Roof 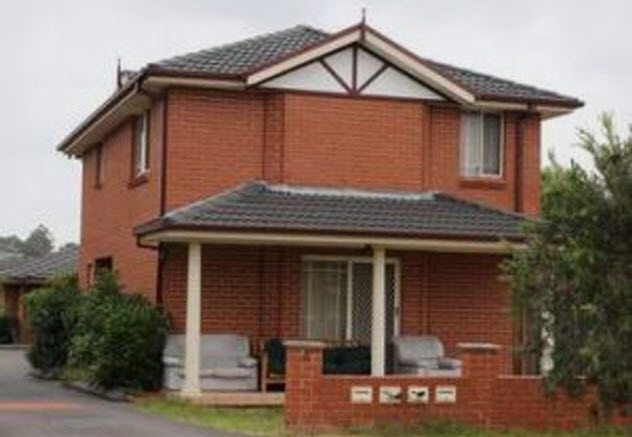 A Muslim family in Bankstown (a suburb of Sydney, Australia) won a judgment against their neighbor for tricking their intellectually disabled son and stealing almost $500,000 from their roof cavity. The Helou family hid their life savings at home for religious reasons and only kept handwritten accounts of the totals saved in their roof.

When their son saw their neighbor Giam Nguyen, a fruit shop owner, steal some of the cash, the police refused to act on the grounds of insufficient evidence. However, the Helous firmly believed that Nguyen was the culprit, especially after he spent his newfound wealth on rehabbing his current home and accumulating additional properties.[5]

The family filed a civil case against Nguyen. With help from lawyers, the Helous were able to track the money and pin the theft on Nguyen, prompting the judge to rule in favor of the Helou family. Although the defendant made up several stories about the origin of his sudden wealth, the judge rejected them as unconvincing.

5 Money Buried On A Farm 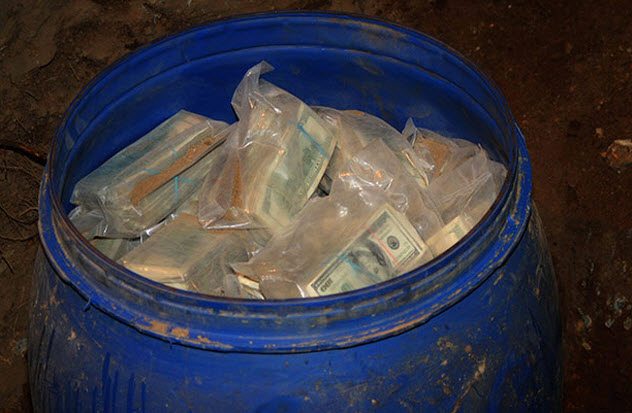 At the height of his reign, Pablo Escobar smuggled cocaine worth billions of dollars on a monthly basis. He was making so much money that he spent $1,000 each week buying rubber bands to tie the cash.

Escobar owned football teams and over 800 mansions in Colombia. He also donated huge sums to help build schools, hospitals, and more. Still, he couldn’t spend it all. So he decided to dig money pits all over Colombia to hide his cash.

A Colombian farmer named Jose Mariena Cartolos found one of Escobar’s money pits after the government gave Cartolos a grant of $3,000 to start a palm oil plantation on his family’s land. While digging a trench for irrigation on the land, Cartolos struck something odd.

Upon further investigation, he found several large blue containers packed with a total of about $600 million in cash. Unfortunately, the farmer was not able to keep the money because it was confiscated by Colombian authorities.[6] 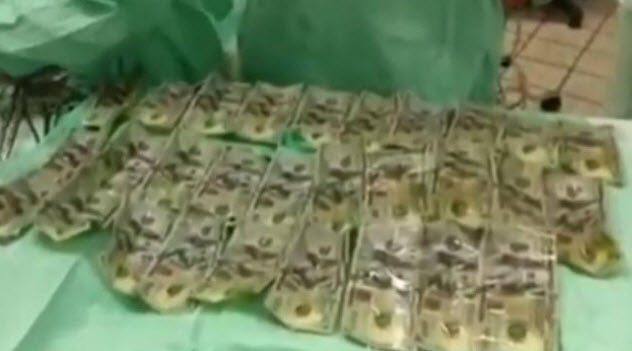 In 2017, a Colombian woman found out that her husband had cheated on her and decided to swallow their life savings of about $7,000 in cash. Reportedly, Sandra Milena Almeida, 28, first stashed the cash in their house after discovering her husband’s infidelity. She had planned to leave him.[7]

But her husband found the money and insisted that half belonged to him. While they were arguing, the woman swallowed the bills so that her husband couldn’t get the money. The next day, Mrs. Almeida experienced intense abdominal pain and was rushed to the hospital. However, she didn’t tell the doctors what was wrong.

Nevertheless, X-rays revealed that wads of cash were causing a gastrointestinal blockage. During surgery, doctors were able to save about $5,700 in $100 notes that were pulled from her stomach.

Mrs. Almeida is not the only person to pull this trick. In September 2015, the National Drug Law Enforcement Agency in Nigeria arrested six money-laundering suspects who had swallowed $156,000 at a hotel in Lagos. Allegedly, the men planned to bring the money to Brazil.

In 2017, a Nigerian man was arrested in eastern France after cash-filled condoms were discovered in his stomach by an X-ray machine. The man almost got away with his stash. Then a sniffer dog smelled marijuana on some money hidden in the man’s clothing. Upon further investigation, agents found the laundered money in his intestines.

3 A Chinese Man Hid Money In A Duvet 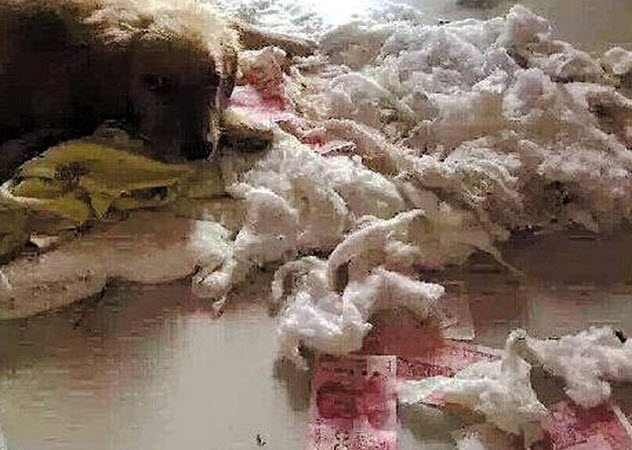 In 2016, a Chinese man had himself to blame after the money he tried to hide from his wife in a duvet was discovered by a dog. The animal didn’t hesitate to chew all the money to pieces.[8]

Worst of all, the dog wasn’t even his. In northeast China, the man and his wife were watching the golden retriever, Hali, for a friend. Hali had chomped on 3,800 yuan while the couple was sleeping. When they awoke and found the shredded mess, the dog looked up at them with innocent eyes.

The man admitted to his wife that he was trying to hide the money from her by keeping it in the duvet. Lucky for him, his wife found the incident to be funny. 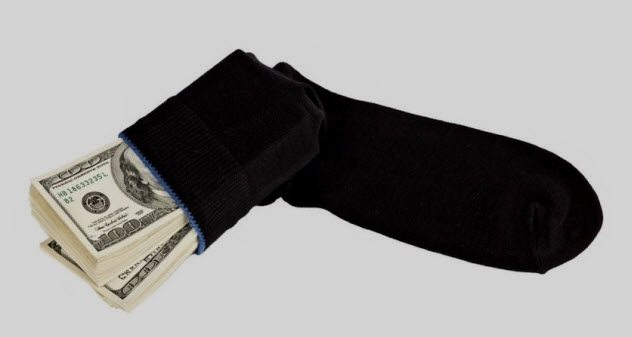 In 2013, a 51-year-old California man, Antonio Rakigjija, drove home from Mexico and tried to smuggle into the US almost $130,000 in his socks. He was stopped by US Customs in San Ysidro.

Rakigjija and his son, Franco, had both claimed that they had nothing to declare from Mexico. But the agent discovered marijuana in the back seat of Rakigjija’s car and proceeded to frisk both men. At that point, the elder Rakigjija revealed that he had money in his socks, which was supposedly for business expenses.[9]

He was subsequently charged with the felony of bulk cash smuggling. 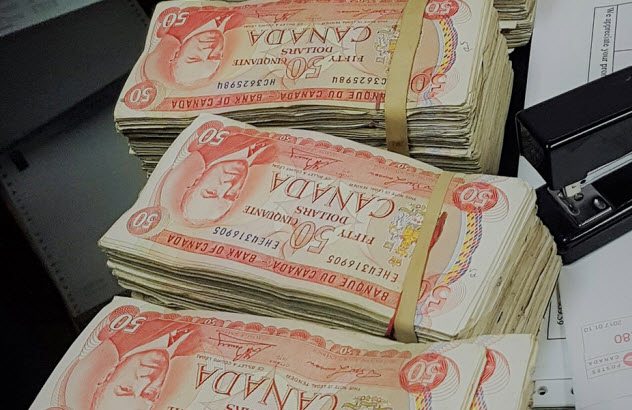 In the 1980s, an Ontario man stashed a cash box with a $100,000 inheritance from his parents inside a television. Thirty years later, the employees of an Ontario recycling plant opened the supposedly worthless, 1980s-era TV and were shocked to find all those $50 bills still there.

Years earlier, the man had forgotten about the money inside the set and given the TV to a friend. In 2017, the friend dropped off the TV at the recycling plant. The employees were not legally obligated to return the cash, but they did so anyway. Barrie police officers located the man and gave back his inheritance. He hadn’t even known the money was missing.[10]

Jeffrey Morris is a freelance writer with a passion for finance, history, and rarities. You can read more of his articles on his blog.