Every year, thousands of people donate their bodies to medical science. Since the beginning of the study of anatomy, we’ve learned a lot about ourselves, our bodies, life, death, and our mortality in general. It’s safe to say that anatomical research has really helped in the development of some of our best medicines and surgeries, and it’s helped us to peer into the world of our biological processes.

Much of this has taken place before the advent of a special kind of institution, a place where dead bodies are not only welcome but are the stars of the show: body farms. Nevertheless, these graveyards of science are the cornerstones of much of our forensic research into death and decay and tell long, dark, descriptive tales about both the dead and the living. 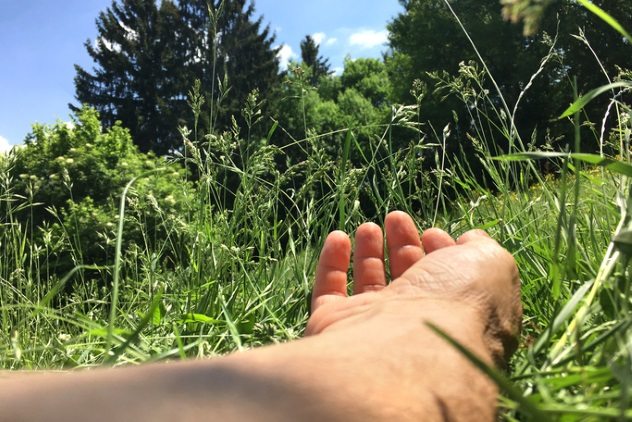 The history of body farms starts with a few progressive institutions and grows from there. The first American body farm was the one located near the University of Tennessee Medical Center. It was opened in 1971 by a doctor named William Bass, who noted the necessity of forensic studies into the decomposition of human bodies and other postmortem facts that might be of serious value to investigators and medical examiners alike. Of course, not everyone has always been on board with the idea of body farms, so this facility’s humble beginnings started with just a small patch of grass, and Dr. Bass was only allowed one body to work with. It has grown into a massive 3-acre facility that houses and facilitates the decomposition of tens of bodies, up to 40 at a time, in the name of medical science.[1]

“The Body Farm,” as it’s called, got its nickname from an eponymous 1995 novel in which it was featured. The United States currently has only a handful of such establishments, but many would argue that their contribution to science and criminal justice are invaluable. 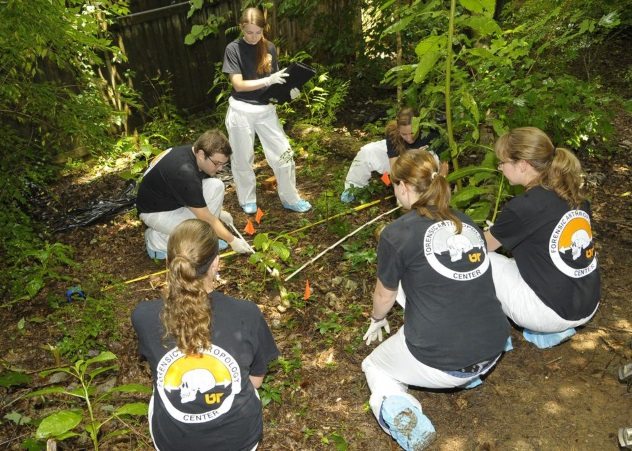 There is now a network of such institutions, like one at West Carolina University and several others. These institutions are much smaller, with the aforementioned West Carolina body farm being only 324 square meters (3,488 ft2) and housing only six to ten cadavers at a time.[2] But even with so few bodies to work with, their work is still very valuable for authorities, though some say that with so few corpses to use, the evidence drawn upon by this network of science graveyards is speculative.

In recent years, such institutions have been hotly debated in the UK, Australia, and elsewhere in continental Europe. While other nations are a little hesitant about the idea, it seems there is a need to assist police forces all over the world by contributing to the aggregate body of knowledge used in forensic science. 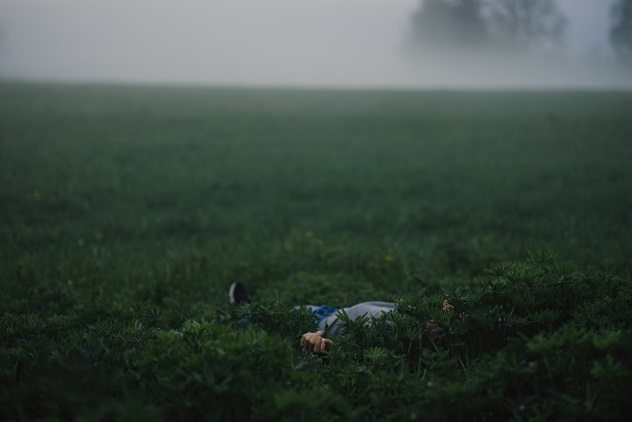 The primary purpose of body farms is to study, most of all, the rate of decomposition of human bodies . . . which is highly variable. There are many factors which influence the rate at which a corpse will decompose, break down, and ultimately return to earth as a part of the biological processes which sustain life. The idea is that various conditions and environments can lead to different rates and types of decomposition, and by putting bodies into those various circumstances, we can study them and become significantly more well-versed in our knowledge of the dead.[3]

Factors such as rain, humidity, temperature, surrounding vegetation, the greenhouse effect, the amount of direct sunlight, and a near-incalculable number of other variables alter the process of decay when it comes to human remains, and body farms take on the daunting task of trying to understand all of them. 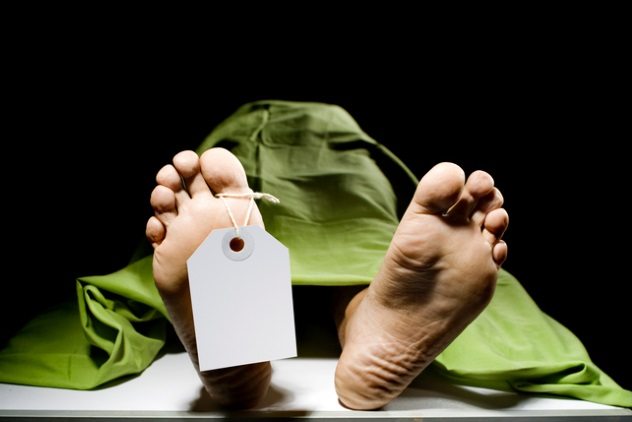 So where do these body farms get their actual bodies to work on? Two places: donations to science by the brave men and women who would like to give their bodies to the vast pool of anatomical and anthropological knowledge we’ve accumulated thus far, as well as another source you wouldn’t quite expect or think of—unclaimed corpses. Every day, the medical examiners of our various cities and towns deal with dead bodies. Bodies come in, bodies go out. Many of these corpses are and remain John or Jane Does, or nobody ever comes to claim them. Often, these cadavers are lent out to medical research facilities at universities, but sometimes, they end up at body farms.

This makes sense, of course, when we realize that medical examiners’ offices deal with hundreds of bodies coming and going per month, if not more, and they have to do something with them, as cadavers have an expiration date. It’s only a matter of time before putrefaction sets in and decay takes place, and sadly, many people who’ve died simply don’t have anyone to care for the body or to claim it and make proper funeral arrangements.[4] 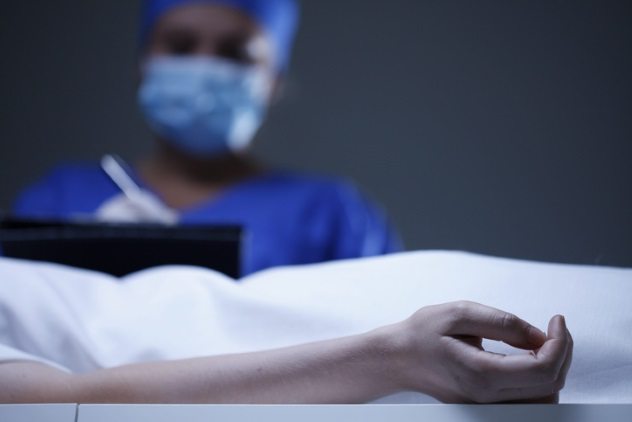 Unlike the olden days of anatomical research where facilities employed body snatchers to grab any corpse they could find, with the popularization of modern-day science, people are more willing to donate their bodies. This, of course, means that there’s more supply and less demand, which means that places like medical schools can be more selective as to which bodies they’d like to pick for their research. There are several factors which a prospective recipient, be it a body farm or an anatomical research facility, must take into consideration when it comes to accepting a body donation. Strange as it may sound, just because you’ve completed all the legal paperwork and chosen to donate your body to these facilities doesn’t mean that you’ll be accepted.[5]

These institutions must consider things like height, weight, health, and how close to the average anatomy the person is before they can go on the cutting room floor. Anatomical research facilities must shoot for average people most of the time so that their findings can generalize to most people—odd types need not apply. And that’s where body farms come in. They accept the bodies that are rejected by medical schools. Another major factor is distance, as bodies quickly deteriorate and need to be shipped to a close facility to minimize the amount of decay that takes place before the cuts and stabs of bloody studying begin. 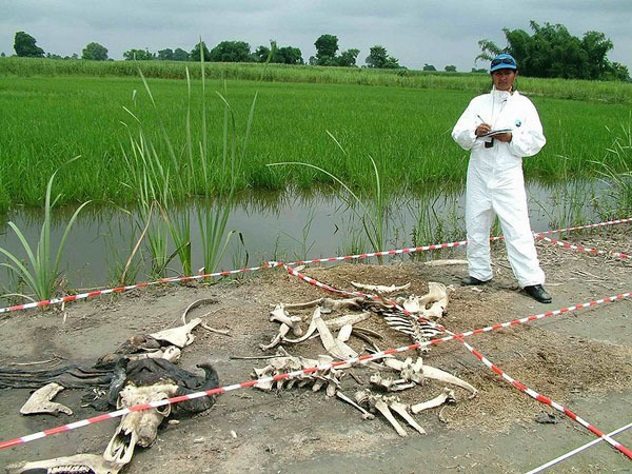 Animals have their place on the body farm, too. Not only do people at such farms study the decaying properties of the human body, but they also observe the ways that various animal corpses decay, such as pigs and rabbits. Often, they study several species simultaneously so that they can observe the differences side-by-side, with a comparison and frame of reference for the data they’re gathering.

Some rather groundbreaking findings have been established through this practice, most notably that animals and humans decay differently.[6] A study noted that animals, especially pigs, decay at a faster rate once maggots and insects take over on a large scale; insects consume pigs faster than people. This is actually huge for court cases worldwide, as researchers and those who testify in murder trials often reference animal decomposition studies in their testimonies. What if someone was wrongly convicted over such a testimony? 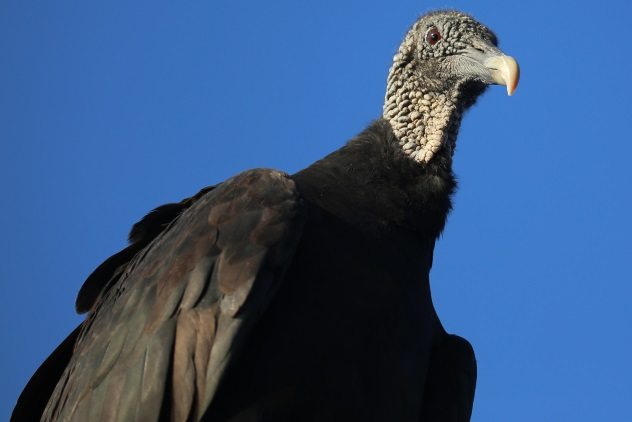 As it turns out, there would be some other strange, bizarre, and unsettling findings that come from such studies. We can’t really help but be bothered by the idea that we, too, will someday become a corpse . . . and what will happen to us? Well, as it turns out, our bodies make pretty tasty treats for vultures.

In the experiments comparing decomposition rates between various animals and people, animals seemed to decay at a slower rate until the bugs got on the scene in force. Humans, however, were largely picked apart by vultures, while the animal carcasses were far less popular. In fact, vultures became such a massive presence when dead human bodies were around that they are often the reason cited for the denial of body farms. When people in various places, like Texas, have tried to open different body farms, the concern about vultures is the argument almost always invoked.[7] Sometimes, the worry is actually that there will be so many vultures in the surrounding location that it may threaten the safety of low-flying aircraft and their passengers.

It’s safe to say that vultures think we’re tastier than other animals. 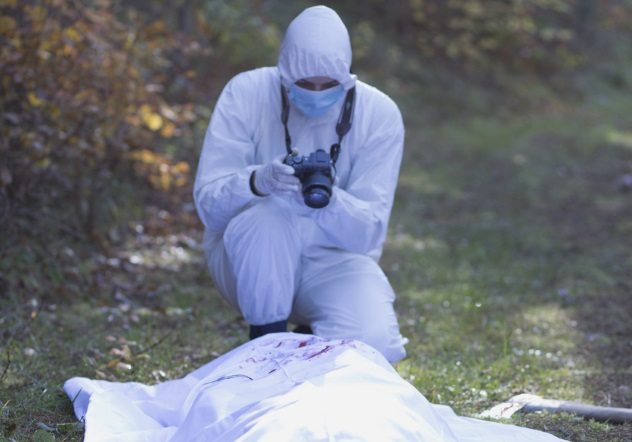 Body farms have grown up a lot since their inception and popularization in the 1980s and 1990s. Today, these institutions not only conduct scientific experiments, but they serve as police training grounds, where homicide detectives and others who will be called to the scene of the most gruesome crimes can learn.

In 2016, a new facility in Tennessee was created by law enforcement agencies to give professionals and students in the criminal justice field hands-on experience in handling actual dead bodies before going out into the field to try and solve real crimes. This experience will likely prove invaluable for criminal justice agencies trying to improve the skills of their force of detectives and crime lab experts.[8]

2 Stench Of The Deceased 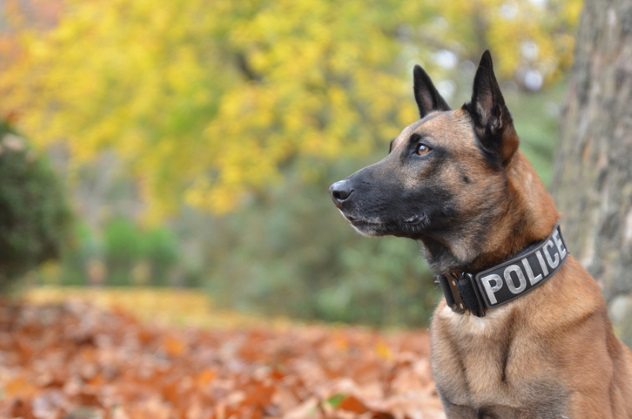 Some very important findings have come from body farms and the study of death and decay in general. Through the morbid and macabre studies and reflections which have taken place in such institutions, we’ve learned a lot about death, and that knowledge has helped us overcome tremendous obstacles.

All too many times, people go missing, freeways and buildings collapse, and other real-life horrors entrap people in grave situations. While the first order of business is always getting those who are still alive out of such predicaments, next comes finding the dead; people die in tragic events, and they must be accounted for. So how do we handle that? Dogs have been trained at body farms to smell out the deceased to find the victims of such tragedies, to help locate the bodies so that friends and family can be notified. Rapid finding of bodies can also, of course, speed up the forensic process of determining what exactly happened in tragedies.[9]

1 The Graveyards Of Science 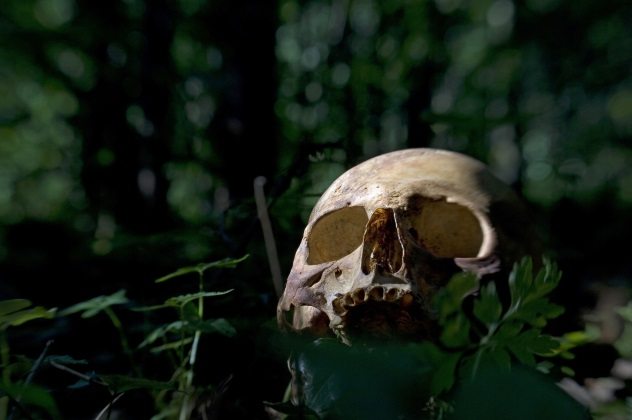 From bacteria to insects, the organisms which aid the process of decomposition also aid in the high-tech process that is death discovery. Cause and timeline are of the utmost of importance. Did you know the bugs that devour a body can be ground up to discover toxicology? Sometimes, the remains are so skeletonized that determining if the person was under the influence of certain drugs is impossible, and the necessary tissues needed for other tests may not be available. Nevertheless, investigators are able to tell a lot about someone who has died that they otherwise wouldn’t have been able to, and all of this thanks to body farms, the vast graveyards of science.

Sometimes, bodies are left out for up to 12 months and then collected. They are often skeletons by this time. They are then cleaned, and the bones are studied in-depth with highly technological processes and equipment.[10] The knowledge gained is added to the vast library of information to be drawn upon later during investigations. Body farms have sprung up from the simple thought of, “What could be learned about death?” to vast, connected graveyards of science that have taught us a lot about both death and life.

I like to write about dark stuff, philosophy, and history. Still managing Murderworks, Serial Killer Memes, Beautifully Disturbed, and more. Will of course be shared on each of them as always as I continue to grow my already massive following.