What is that foul smell? Do you really want to know? Every day, people follow their noses to make grisly, odoriferous discoveries of dead bodies.

Rotten corpses fester, and their funk attracts attention. Even when human remains are concealed from sight, the inevitable fetid aroma they produce betrays their location. Often, our first contact with death is its stench. 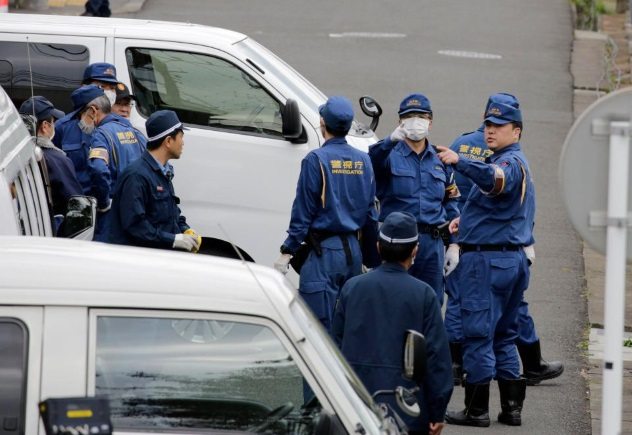 In October 2017, residents of Zama, Japan, reported a “nasty smell like sewage” seeping from a neighbor’s apartment. Authorities investigated the residence of Takahiro Shiraishi and found nine mutilated corpses packed in coolers. The bodies belonged to eight women and one man. Police also discovered a saw. By the front entrance, officers found two severed heads covered in cat litter. DNA tests will determine the victims’ identity.

Shiraishi, 27, moved into the apartment south of Tokyo in August. One neighbor claimed he detected a “nasty smell” coming from the apartment that month. It wasn’t long before other locals noticed the “odd smell.” Shiraishi kept the bathroom fan running constantly, but it could not mask death’s stench. The disappearance of a 23-year-old woman last seen with Shiraishi convinced authorities to investigate. Shiraishi and the woman had met on a website where people discuss suicidal feelings. Her remains were found among the mutilated corpses.[1] 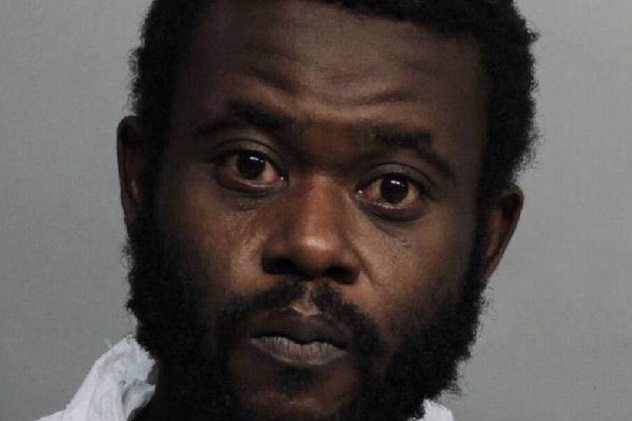 Also in October 2017, Miami police investigated the home of Della Wright when she reported a foul smell emanating from her son’s bedroom. In Jerome Wright’s closet, authorities discovered a decomposed female corpse with its stomach gutted. A festering leg stuck out from under a sheet. Jerome, 32, was arrested and charged with abusing a corpse. He denied killing the woman, claiming the body was a blow-up doll “made of flesh”—just something “from the internet.”

The body was identified as Wright’s 52-year-old girlfriend Deanna Clendinen. According to Wright’s mother, Clendinen was a frequent guest. Jerome claimed he had not seen Clendinen in five months. Several of the deceased’s internal organs had been removed. Oddments were recovered in a garbage can next to the residence. According to Della Wright, Jerome has suffered from schizophrenia since age 15. The cause of Clendinen’s death is unknown, and Wright has not been charged with murder.[2] 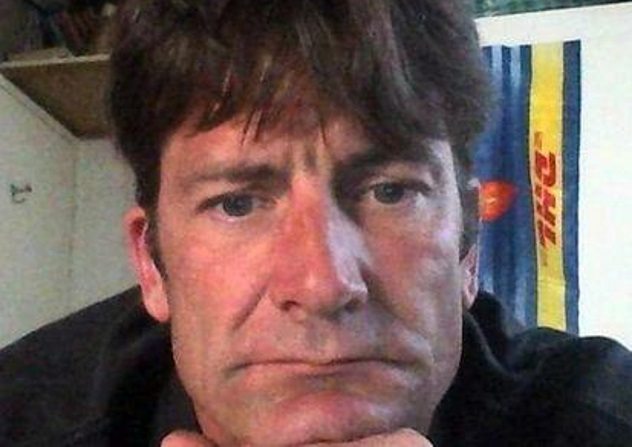 In November 2017, landlord Themba Malgas learned of a foul stench emanating from one of his Cape Town properties. Inside, he discovered the decomposing remains of one-year-old Mishka and her mother, Shafieka Petersen, 38. According to Malgas, “I found the child first, wrapped in blankets in the cupboard.” Her tiny body had been dismembered. At the time, police were unaware that the body of Mishka’s mother was also hidden in the residence.[3]

Two days later, “the smell of death did not abate.” Malgas returned to the one-room rental to investigate. “I thought the clothing in the basin was dirty washing. When I lifted the clothes, there was a brown blanket with blood and then I saw there were ropes tied from one end to the other and worms [maggots].” Peterson’s 49-year-old boyfriend, Paul Evans, was arrested and charged with the double murder. In court, Evans confessed to the slaughter. 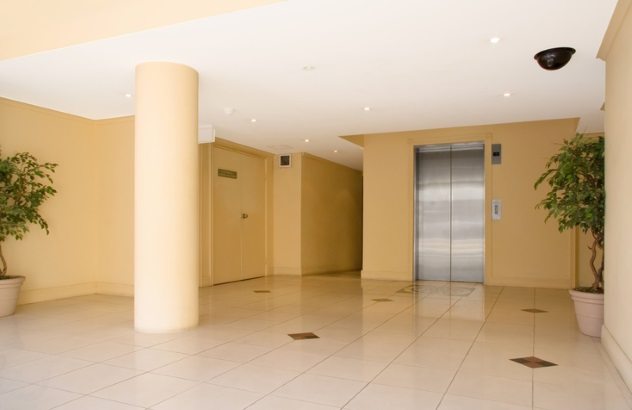 In July 2017, residents of Denver’s Woodstream Village apartment complex began complaining of a foul stench. Etu Seiecamo, 29, reported, “It was a really bad smell. I thought maybe it was somebody’s food.” The stench wafted through the hallways and into apartments. For over a week, residents complained about the funk before a building manager reported to the Denver Fire Department that they had discovered a decomposing corpse in an unused elevator.

Authorities identified the deceased as Isaak Komisarchik. The 82-year-old was last seen on July 5. Komisarhick’s remains were not discovered until nearly a month later on July 31. According to investigators, the elderly man pushed the emergency button twice—to no avail. The call button triggered a notification at the elevator management company, who went on to alert building managers. Two elevators were checked, but the inoperable one wasn’t. The abandoned elevator wasn’t due for another inspection until the end of 2018.[4] 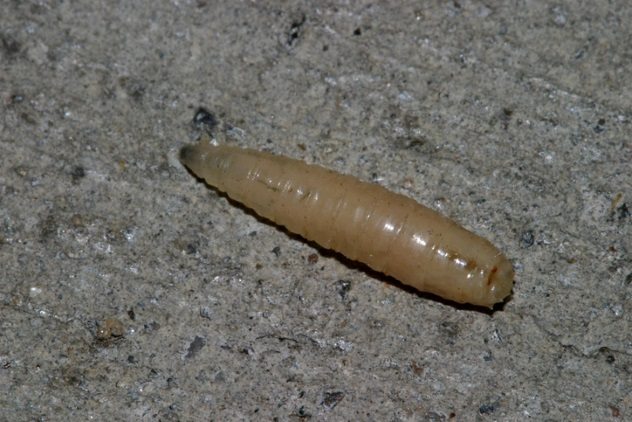 In September 2017, a field officer from New Delhi’s Pusha Institute alerted police to a horrific stench emanating from a campus residence. Neighbors noticed the aroma earlier but failed to report it. The day before police were contacted, the stench grew unbearable, and neighbors contacted a guard. Inside the residence, authorities discovered the maggot-ridden corpse of Yashvir Sood, a 62-year-old retired nuclear scientist. Sood’s two younger siblings, Harish and Kamla, lived in the apartment with the remains. Both have been described by police as “mentally disturbed.”[5]

Investigators believe Sood perished from malnutrition. The deceased recently retired from Pusha’s nuclear science department. Authorities reported that Sood had been an alcoholic and was suffering from severe depression. According to Sonu Kuman, the field officer who reported the body, Sood had become a recluse after retiring. Both Harish and Kamla have been admitted to the Institute of Human Behavior and Allied Sciences. 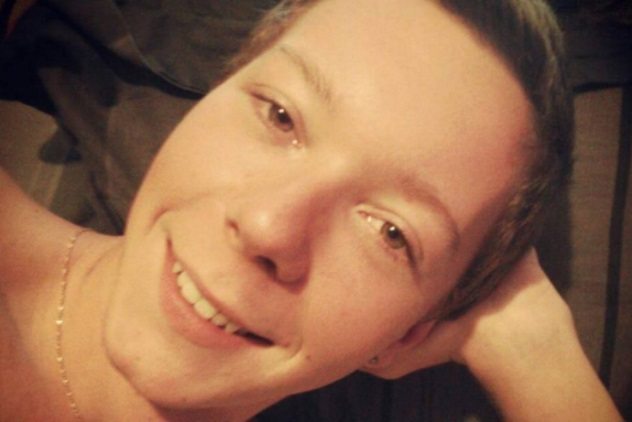 In May 2017, authorities arrived at the Swantek residence in Frackville, Pennsylvania, to check on the welfare of Todd Swantek. The 49-year-old hadn’t been seen since March. Upon arrival, police detected a foul stench. Inside, they discovered Swantek’s festering corpse on the couch, covered in blankets and pillows. Fly strips, blankets, scented candles, and air fresheners were used at the base of the door to mask the smell of death.

The victim’s son, Tyler Swantek, 24, was arrested and charged with murder and abuse of a corpse. According to sources close to the family, tensions between father and son had recently escalated. Tyler allegedly claimed he would “kill his father.” Police discovered a firearm in Tyler’s room with blood splattered on the stock and barrel. Its pellets were consistent with the wounds in Todd’s skull. As of July, neighbors still complained of the fetid aroma emanating from the house on hot days.[6] 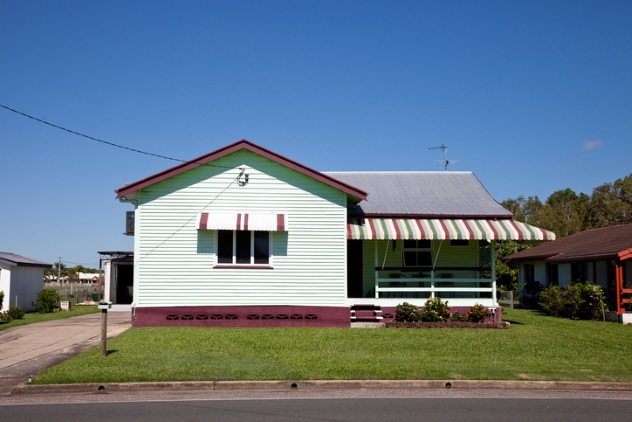 In September 2017, a Wichita landlord reported a stench coming from one of his properties. Under a tarp, police discovered the remains of a three-year-old boy encased in concrete block inside the home of Miranda Miller, 36, and her boyfriend Steven Bodine. Miller’s son, three-year-old Evan Brewer, had been reported missing two months earlier.

In July, Evan’s father, Carlo Brewer, attempted to get a court order to protect his son from Bodine. Bodine, 40, had previous convictions for aggravated assault. Carlo was granted custody of his son that month and filed a missing persons report even earlier. According to reports, the last time Brewer saw Evan, his son had skin missing from his nose.[7]

In November, a judge sealed Evan Brewer’s state protection records after determining that there was no evidence he had died from abuse or neglect. The decision led some to claim a lack of transparency in the case. 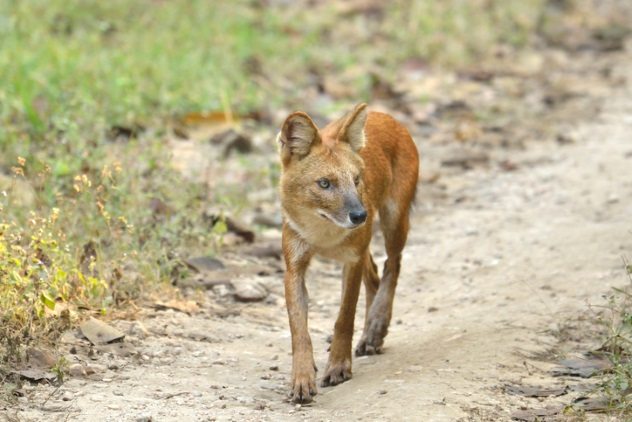 In March 2017, sanitation workers in Bhopal, India, investigated complaints of a foul smell at a government hospital. Patients and doctors were repulsed by the “intolerable stench.” Behind the facility, they discovered the half-eaten remains of 70-year-old Bismillah Khan. She had gone missing from the hospital a few days earlier. Scrapes on the ground suggested that wild dogs had dragged her into the underbrush. One hospital official claimed, “It was just a head and half a torso. Even that had been chewed up. There wasn’t much left for a post-mortem.”[8]

Whether the dogs were responsible for her death or merely scavenged her corpse remains a mystery. This incident wasn’t the first time wild dogs had been known to haunt India’s hospitals. On January 7, 2017, feral dogs mauled a newborn outside a hospital in Shahdol district. One month before, there were reports that wild canines ran off with the body of a stillborn baby in Satna district. 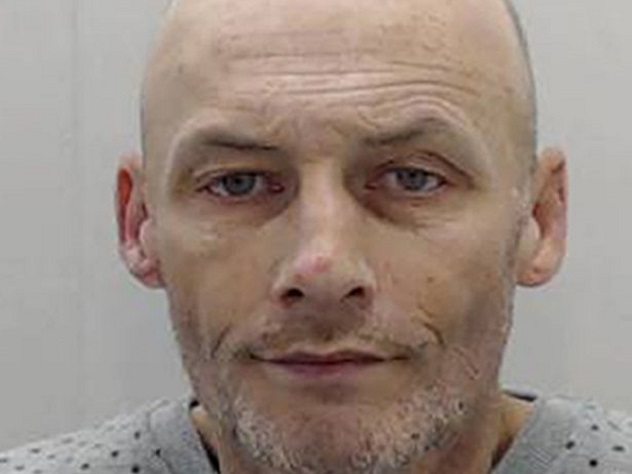 In January 2017, British police discovered the remains of Victoria Cherry hidden inside the airing cupboard of a Bolton apartment. The 44-year-old had last been seen in October 2015. Cherry’s partner, Andrew Colin Reade, 43, initially claimed that Cherry left him for another man. After the discovery of her remains, he admitted to concealing Cherry’s corpse.

Neighbors complained of the “dodgy smell” coming from the apartment. Reade blamed the aroma on a previous elderly tenant. Guests had tea and watched football mere feet from the festering corpse. According to neighbor Glen Kerwin, “He dragged an old carpet into the hall to mask it and had air freshener.” Despite evidence of trauma to the neck suggesting strangulation, Judge Timothy Clayson did not believe there was enough evidence to convict Reade of murder. However, in June, he sentenced Reade to four years and four months for the abuse of Cherry’s corpse.[9] 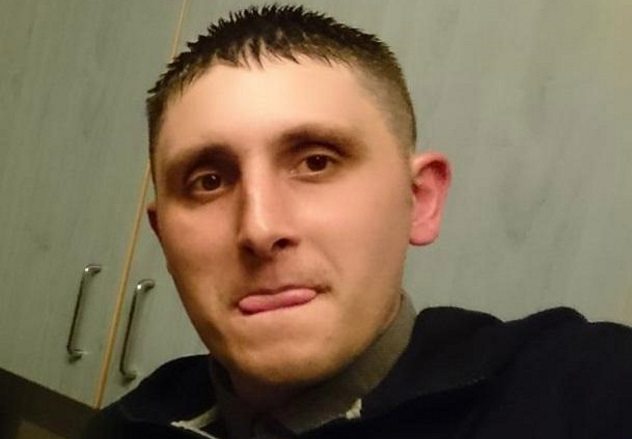 On June 20, 2017 authorities found the rotten remains of postman Peter West in his home in Leicester, England. Kieron West, 36, is accused of preventing the burial of the 60-year-old diabetic’s corpse. Investigators theorize Kieron hid the death from authorities for three weeks to access money from a shared bank account to spend on drugs.[10]

According to prosecutor Mary Loram, “They only drew it to the attention of anyone when the stench was such it could no longer be hidden.” Loram went on to add, “They used Kieron West’s mother, Valerie Goodwin, to formally discover the body.” Goodwin found Peter West’s remains after investigating the “horrendous smell.” Kieron and his live-in partner, Emma Hicken, 35, are accused of leaving the body of Peter West in bed until he “rotted, quite literally.” According to the postmortem, Kieron and Emma were not responsible for West’s death—only the failure to report it.

A leading authority on occult music, Geordie McElroy hunts spell songs and incantations for the Smithsonian and private collectors. Dubbed “the Indiana Jones of ethnomusciology” by TimeOutLA, he is also front man of Blackwater Jukebox.