Historical figures—throughout school, we have been taught about them, admired them, and heard all sorts of wonderful things about them. But throughout history, there have always been assholes. Getting your name in the history books in no way precludes being one.

From presidents to philosophers, here’s a list of beloved historical figures who were actually huge jerks. We don’t just mean they let their fame and notoriety get to their heads. Some of history’s greatest icons were philanderers, racists, and dabblers in animal cruelty. 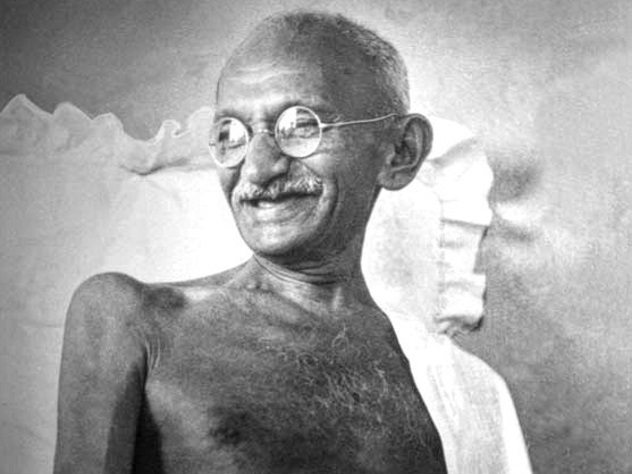 For those of us who have played Sid Meier’s Civilization, this may come as no surprise, but to the rest of us, a world-renowned pacifist and civil rights activist such as Mahatma Gandhi seems like an unlikely candidate for a spot on a list of assholes. But Gandhi was not as innocent as people would like you to believe.

Though known for his stance against violence, Gandhi admitted to abusing and beating his wife. That’s right, innocent little Gandhi was a wife-beater. He was also known to bathe with women much younger than himself, believed semen had magical powers, and enjoyed sharing a bed with his teenage grandniece from time to time.[1] Yuck. 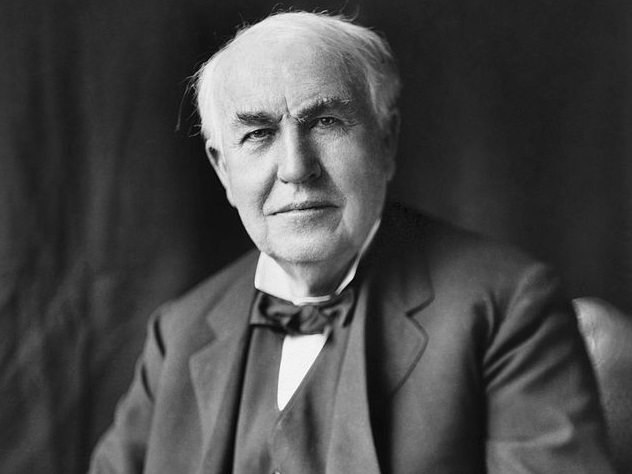 Ah, Thomas Edison; what a debt society owes him. What would life have been like without such famous inventions as the light bulb, phonograph, motion pictures, and, of course, the elephant-sized electric chair?

That’s right. In addition to creating some of the most influential inventions of all time, the Wizard of Menlo Park spent his spare time electrocuting innocent animals to run a smear campaign against his competitor Nikola Tesla by using Tesla’s alternating current to fry various animals.[2] This included the electrocution of an elephant, which was filmed. 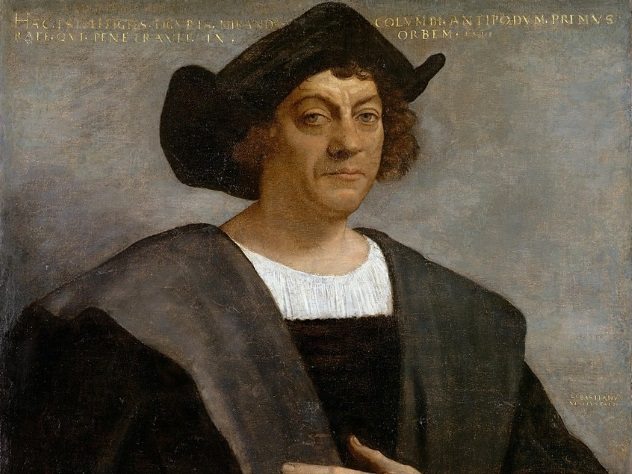 Christopher Columbus played a vital role in the history of America. He is credited with discovering the New World and proving the Earth is round, not flat, all for the glory of Spain. Columbus sailed the ocean blue in 1492, but there are a few more facts you should listen to.

For one, Chris ran a nice little side hustle selling native women and girls as sex slaves to his men. Some of these girls were as young as nine. When he wasn’t making bank selling women and children to pedophiles, our boy Chris enjoyed the gentleman’s sport of hunting. But it wasn’t just deer or birds Columbus was after; he also enjoyed tracking down the natives. Sometimes, their flesh was used as dog food, and babies were fed to dogs in front of their parents.[3] Add to that the mass genocide he committed in Cuba, and you’ve got yourself one grade-A asshole.

Oh, and here’s a freebie: You know how you were taught in school that it was Columbus who discovered the Earth was round and not flat? Yeah, by the time Columbus set sail, it was already common knowledge that the Earth was indeed a globe. The main reason Columbus sailed to the New World was for money and glory. Sorry. 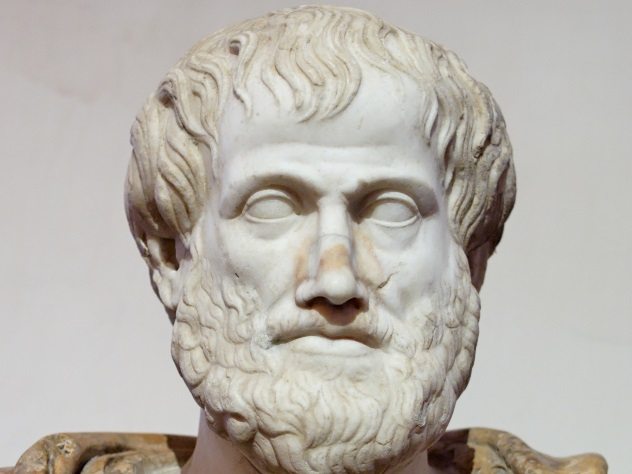 Aristotle was one of the greatest philosophers in all of history. But some of his ideas were straight-up rude and would definitely not fly in today’s politically correct age.

For one, as was common of the time, Aristotle believed that women were inferior to men, even going so far as to describe women as “a deformity.” Yikes. But don’t worry, our friendly Greek philosopher was an equal-opportunity offender. The called other races “barbarians” and stated that slaves were “wholly lacking in the deliberative element.”[4] In other words, they were stupid. 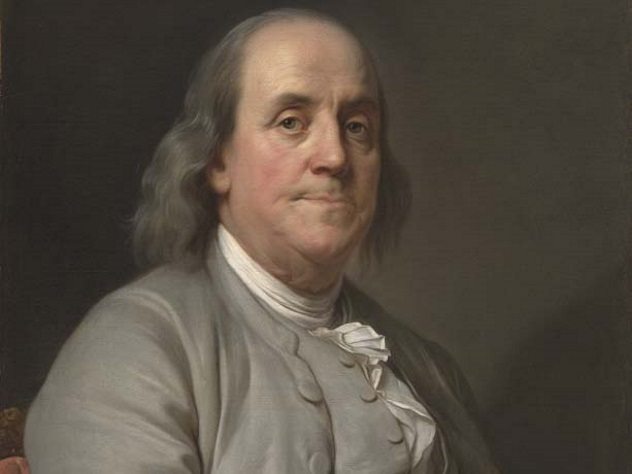 Who couldn’t love old Benny? He was one of the US Founding Fathers, he had that sweet old grandpa thing going for him, and was known for his catchy little phrases that we still use today. A penny saved is a penny earned, anyone? And if it wasn’t for his discovery of electricity, where would we be today?

For someone who seemed as down-to-Earth as Benjamin Franklin, he sure did like to play the game, often making visits to London and Paris to meet up with “low women,” despite being married. But Franklin, ever being the fountain of knowledge that he is, did his part to educate other men with insatiable libido on what kind of woman they should be on the lookout for. In 1745, he wrote a letter entitled “Advice to a Young Man on the Choice of a Mistress.” In it, he suggested that older women make for better sexual partners than young ones.[5]

Franklin explained that older women tend to be more discreet, will take care of you when you are sick, and are cleaner than prostitutes. Also, “There is no hazard of children.”

Oh, and that story you heard of old Benny “discovering electricity” by tying a key to a kite and flying it in a storm? Yeah, it’s completely made up. 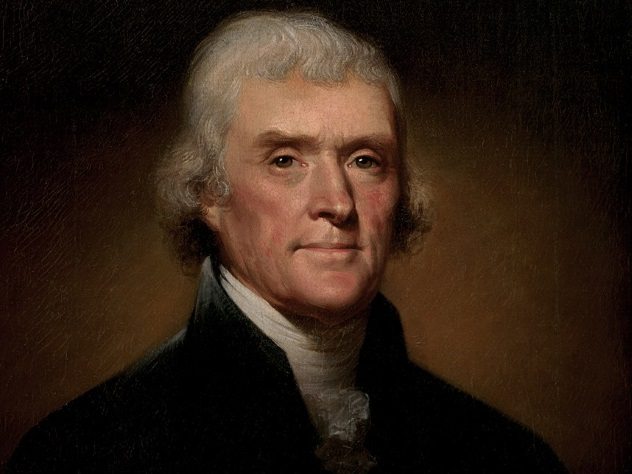 Thomas Jefferson was one of the Founding Fathers and also the third president of the United States, which is commendable. Slightly less commendable is the fact that he was a slaveowner.

Although slavery was common at the time, Jefferson took it one step farther. Beyond believing black people to be an inferior race, Thomas Jefferson had some unusual ideas about their biology. In his book Notes on the State of Virginia, Jefferson wrote that black people “secrete less by the kidneys, and more by the glands of the skin, which gives them a very strong and disagreeable odor.”[6] He was basically saying that black people sweat urine. 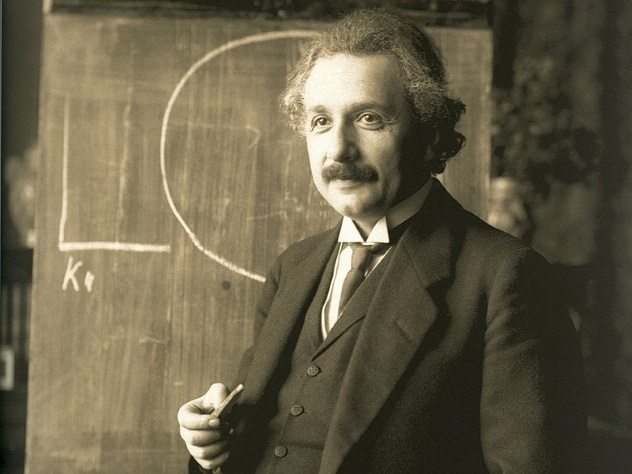 The name “Einstein” has basically become synonymous with intelligence, but while he was one of the world’s greatest minds, Albert Einstein wasn’t so great at remembering his vows. That’s right, the world-renowned physicist and mathematician was a cheater.

While in Berlin, Einstein cheated on his first wife Mileva Maric by having an affair with a woman named Elsa Lowenthal. Who was this woman? Why, none other than Albert’s cousin! Yep, Einstein cheated on his wife by having an affair with his own cousin.[7] Because of his infidelity, Albert and Mileva divorced. The rest of the story doesn’t get much better. Einstein later married Elsa, who died in 1936—but not before he cheated on her, too. 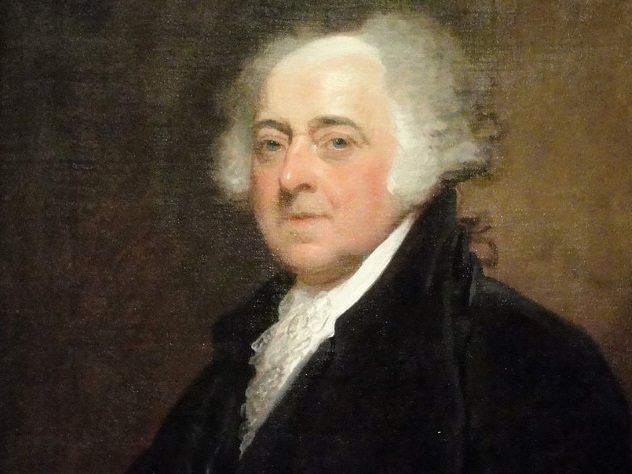 And here we have another one of the Founding Fathers; interesting how they keep popping up. John Adams was the second president of the United States, right before our buddy Tom. Although Adams co-wrote and was one of the first people to sign the Declaration of Independence, he seemed to quickly forget exactly what was written there (namely the part against tyranny).

John Adams didn’t like people who disagreed with him, and that showed when he signed the Alien and Sedition Acts in 1798. Among their more controversial provisions, the new laws essentially made it illegal for anyone to say anything against the fledgling US government.[8] Anyone found to speak out against the government was subject to fines, imprisonment, or even deportation. Strange that this came from the same man who played an invaluable role in creating a government of and for the people. 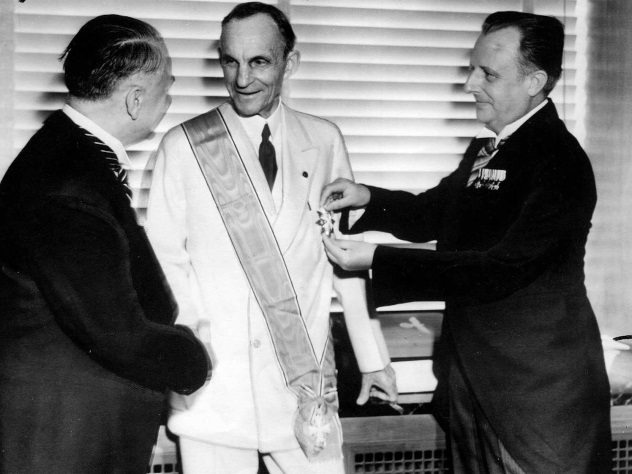 Henry Ford was the father of the automobile, a revolutionary advancement in technology that drastically changed the landscape of the United States and the world. Where would we be without cars today? Horse droppings would lie in the streets, it would take you forever to get to grandma’s house, and, maybe the worst of all, there would no fast food drive-throughs! Ford was truly an important figure in US history, as any textbook will tell you. But what you might not read in your high school history class is that Henry Ford was a racist, like, big-time.

Ford was the owner of The Dearborn Independent newspaper, a publication that frequently contained articles rife with anti-Semitism. After the Black Sox purposely lost the 1919 World Series, Henry Ford had it published in his paper that the Jews were to blame for baseball’s problems, stating, “If fans wish to know the trouble with American baseball they have it in three words—too much Jew.”[9]

Ford’s words didn’t go unnoticed. Adolf Hitler saw Ford as an inspiration. He was known to keep a life-size portrait of Ford next to his desk and was quoted as saying, “I shall do my best to put his theories into practice in Germany.” Ford was later awarded the Grand Cross of the Supreme Order of the German Eagle by the Nazi party, the highest honor that could be given to any foreigner. 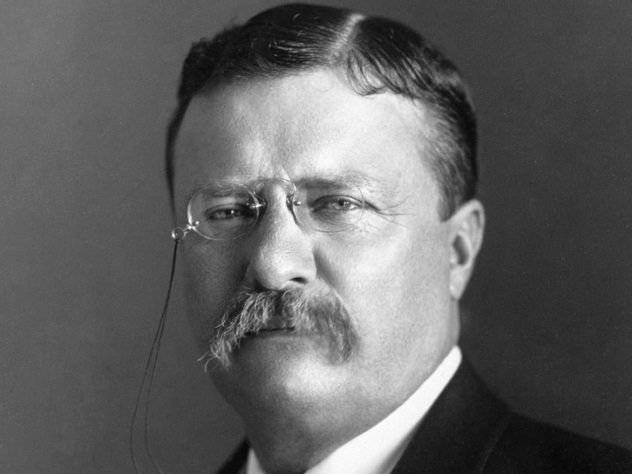 With a nickname like “Teddy,” how could he be so bad? Theodore Roosevelt was the 26th president of the United States, known for his love of adventure and the great outdoors. Teddy established national parks, forests, and monuments intended to preserve the natural beauty of the landscape. He created the Square Deal policies which protected small business owners, ensured that foods and drugs had to pass a health test, created worker’s compensation, and abolished child labor. Later, he was even awarded the Nobel Peace Prize. All around, he seems like a good guy.

But looking into his past, you may find that Teddy wasn’t so snuggly after all. In fact, this little teddy bear just may have been rabid! Famous American novelist Mark Twain called Roosevelt “clearly insane.”[10] Roosevelt was said to ride his horse through Rock Creek Park shooting up at the branches of trees as he passed, unconcerned by the danger he put local homeowners in. Looking to strengthen his wrists, he once hung a wire over the Potomac River and dangled on it as the current of the river rushed past him.

But the real reason Teddy belongs on this list is for shooting a neighbor’s dog out of frustration after getting into an argument with his girlfriend during his younger days. Simply being a bit eccentric or even full-on crazy won’t earn you the title of asshole, but gun down an innocent puppy, and you may just find yourself on this list of some of history’s biggest!

I am just a retail store clerk looking to make a little extra and achieve my dream of living full-time aboard a sailboat. If it all works out, maybe you can look forward to some interesting sailing-related articles in the future.