The final week before we plunge headlong into summer was a crazy-significant one even by the standards of this column. In Ireland, voters repealed the part of the constitution banning abortion, marking the second major about-face for this once devoutly Catholic country. Elsewhere, chaos in Italy erupted in a last-minute surprise, and two separate shock waves were sent through the US media.

Let’s jump on into the murky water hole marked “this week’s news.” 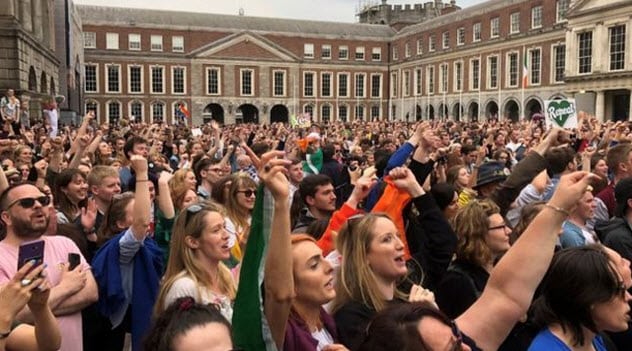 In the end, it wasn’t even close.

Last Friday, Irish voters went to the polls to vote on repealing the Eighth Amendment, which previously outlawed abortion in all cases except when a woman’s life was at risk. The pro-choice “yes” side seemed to have the momentum. But given Ireland’s staunchly Catholic history, a pro-life majority didn’t seem out of the question.

Then the exit polls came in and stunned the world. Ireland hadn’t just voted to repeal the Eight Amendment. It had done so with a supermajority of 66.4 percent. Only Donegal voted against repeal. Abortion will now become legal in the first trimester.

The vote comes on the heels of a major referendum in 2015 that legalized gay marriage. Together, the two results seem to indicate that the Emerald Isle is rapidly becoming closer in character to Canada or Sweden than some of its Catholic cousins.[1]

9 Harvey Weinstein Was Charged With Rape 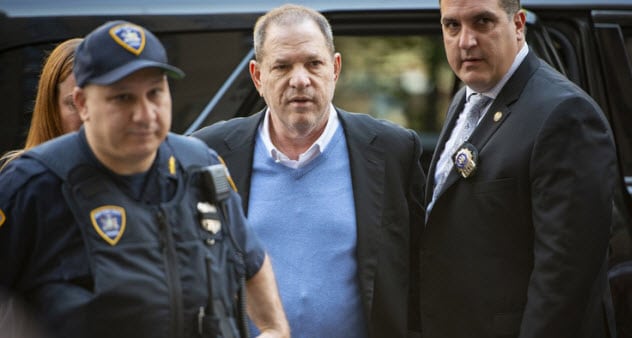 With all the horrible revelations that have come out since October 2017, it’s been easy to forget that Harvey Weinstein hasn’t actually been convicted of anything. A lot of that may have to do with the wheels of justice grinding slowly, but things may now be about to change. On Friday, Weinstein turned himself in to the police and was charged with first- and third-degree rape and first-degree criminal sex act. Five days later, on Wednesday, a grand jury officially indicted him.[2]

In basic terms, this means that Weinstein will now face trial for his alleged crimes and a probable prison sentence if convicted. It’s a remarkable fall from grace for a man who—let’s not forget—was one of the most powerful men in Hollywood only eight months ago, a producer who’d been thanked more times in Oscar speeches than God. Perhaps a better biblical comparison would be Goliath, the mighty titan finally felled by the unlikeliest of champions. 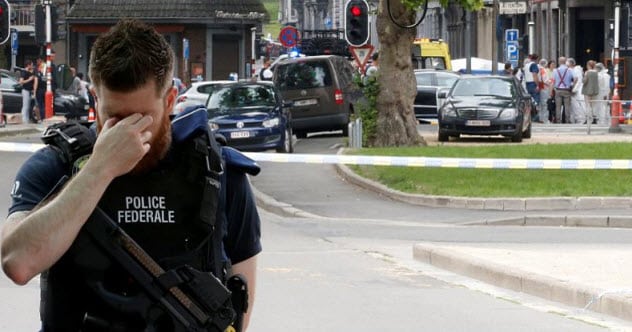 In recent years, Belgium has become an unlikely hot spot of jihadist activity. The cell that carried out the 2015 Paris attacks operated out of the country, and in March 2016, a twin suicide bombing of Brussels airport and the metro killed 32.

Since then, Belgium had disrupted more plots and none had managed to slip through. On Tuesday, that seems to have changed. A man yelling “Allahu Akbar!” stabbed two female police officers to death, took one of their guns, and shot dead a passerby. Then he entered a school and took a cleaning lady hostage before being killed in a shoot-out with the police. It later emerged that the gunman had also murdered an acquaintance the day before for reasons that remain unknown.

Tragic as the incident was, it could have been worse. Several sites reported that the cleaning lady taken hostage—a Muslim herself—convinced the gunman not to carry out his initial plan of killing students at the high school.[3]

7 Roseanne Was Canceled In An Explosive Race Controversy 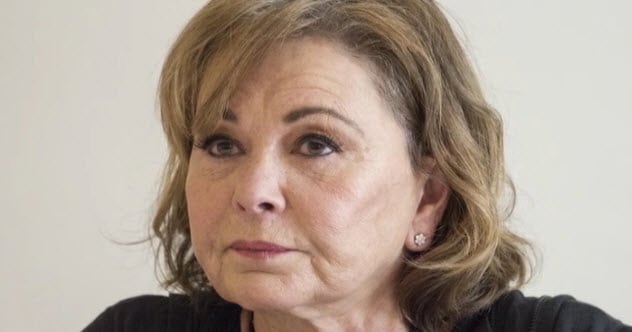 Since it returned to screens in 2017, ABC’s revival of Roseanne has been doing something very few other TV shows are willing to do: feature openly Trump-supporting characters as its leads. Remarkably, it managed to do this while also not alienating liberal audiences. Roseanne’s sister was portrayed as a Hillary supporter, and one of the episodes focused on the hurt caused to a Muslim family by ignorance over immigration.

In short, it was a nuanced, probably necessary piece of television that garnered stellar ratings for the network. This week, though, the revival was abruptly canceled after Roseanne Barr sent a late-night tweet comparing a former Obama staffer to an ape.[4]

Barr’s tweet was so insensitive that it triggered a rare apology from the comedienne along with a plea for her supporters not to defend her words. But the damage was already done. Roseanne was axed, and with it went one of the few shows that had been attempting to bridge America’s divide between conservatives and liberals. 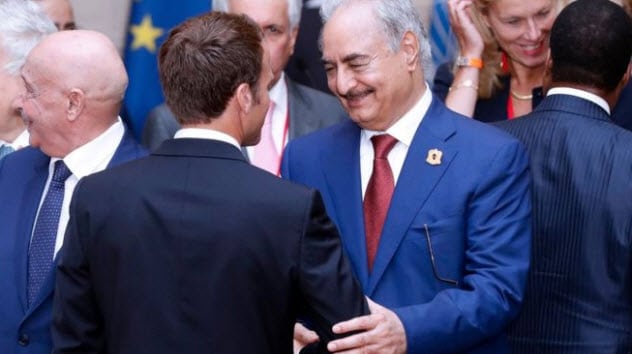 So, yeah, elections in Libya don’t have a great track record of producing stability. Yet Tuesday’s news was still notable. In talks brokered by France’s Emmanuel Macron, four of the main rival groups in the country agreed to hold parliamentary and presidential elections on December 10 this year. This would represent the majority of the population and give Libya perhaps its first real shot at stability in years.[5]

Of course, that would require each of the rival factions to adhere to the results, and it’s not at all clear that any of them will do so if they perform badly.

5 We Discovered That Pluto May Be A Giant Comet 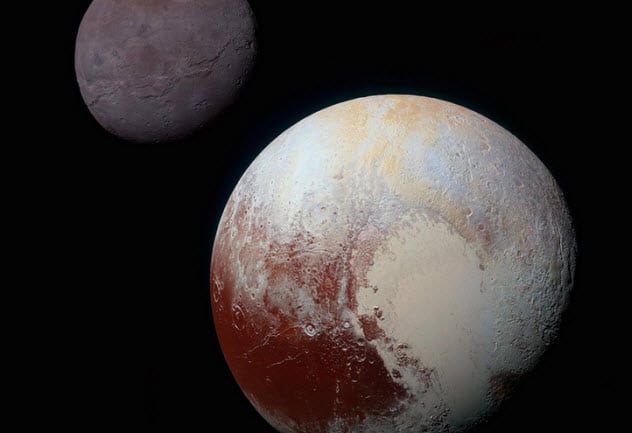 The status of Pluto is something that planet-minded people have been arguing about ever since it was downgraded to “dwarf planet” in 2006. But there’s always been a chance that Pluto is neither a planet nor a dwarf planet but something else entirely. This week, scientists at the Southwest Research Institute proposed one such alternative. They published a paper showing that Pluto could be a gigantic comet.

Planets start life as clouds of dust that eventually swirl closer together until they form into fully fledged Earths under the influence of gravity. On the other hand, Pluto may have been formed by billions of comets smashing into one another over a long period of time. To back up their findings, the team pointed to data from the New Horizons and Rosetta missions which suggest that Pluto has the same concentration of nitrogen as the comet on which Rosetta landed.[6]

This is far from final proof. There are Pluto-sized caveats to the research which may point to a different origin entirely. Still, it’s an interesting idea. 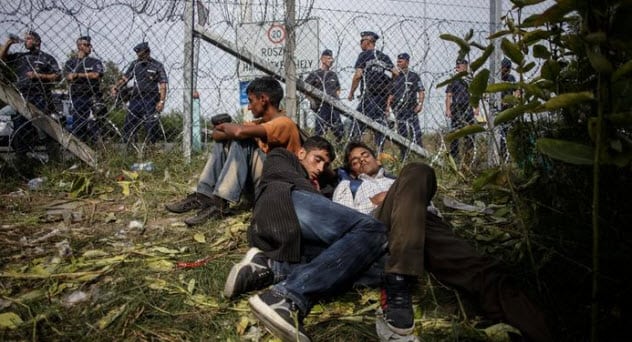 Since 2015, over one million migrants have passed through Hungary (pop. 9.8 million). Almost none have actually stayed there, with most preferring to go on to Germany, but it has still been enough to trigger Budapest’s extremely hard-line approach to immigrants.

This week, the government of Viktor Orban unveiled a draft bill which would take this attitude even further. Known as the “Stop Soros” bill, it would criminalize offering any form of help to migrants, potentially including handing out leaflets and telling migrants where to get legal aid. Those who do so would face a year in prison.[7]

The bill is very likely to pass. Orban recently won a third term in a landslide, and his party effectively controls all the levers of government and society. Once this happens, Budapest will be on a collision course with Brussels, which has insisted that all EU states must help to resettle refugees stranded in camps in Italy and Greece. 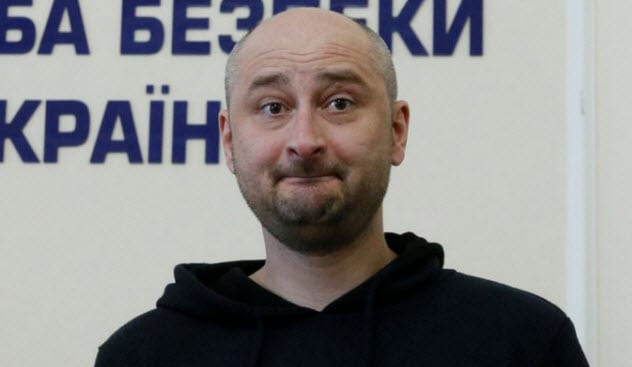 Ukraine is a dangerous place to be a journalist. Since the 2014 revolution that ousted the Kremlin-supporting president, both anti-Russian and pro-Russian journalists have been assassinated in Kiev. So when news broke on Tuesday that famed anti-Putin Russian reporter Arkady Babchenko had been shot dead in the Ukrainian capital, it seemed like just another in a long line of recent tragedies.

Then Wednesday came, and Ukraine’s security services called a press conference. There, they unveiled Babchenko, still very much alive. Confusion immediately set in.

Babchenko’s death had caused an outpouring of grief in both Ukraine and Russia, so for him to turn up alive was both welcome and incredibly infuriating. Kiev claimed that the hoax had been a necessary plot to catch an actual contract killer sent by the Kremlin to kill Babchenko. Moscow retorted that it was a pointless stunt that proved nothing and only inflamed tensions between the two nations.[8]

2 Ontario Was Rocked By A Mystery Bombing 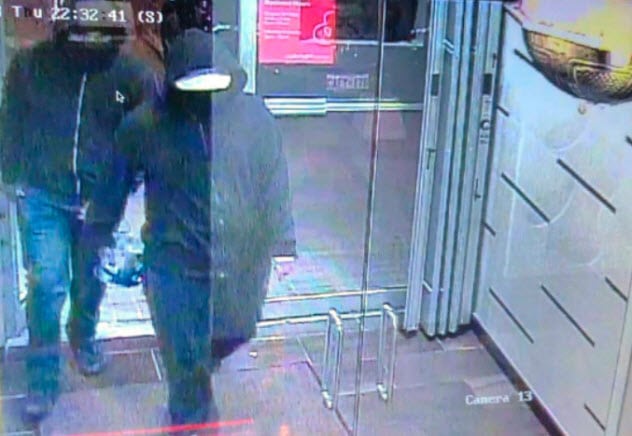 Another week, another mystery bombing. Late last Thursday night, after this column had already been filed, two hooded figures walked into a busy Indian restaurant in Ontario, Canada. They threw a bomb and ran off into the night. The explosion didn’t kill anybody, but it wounded 15 people, 3 critically. As to the motive for the bombing, we’re still in the dark a full week later.

That hasn’t stopped theories from promulgating online and in the media. There has been speculation that the attack was fueled by white supremacy, Sikh nationalism, or a personal feud. But actual, concrete leads? We’ve got zip. In the seven days since the bombing, the only new piece of evidence is that one of the attackers may have been female.[9] 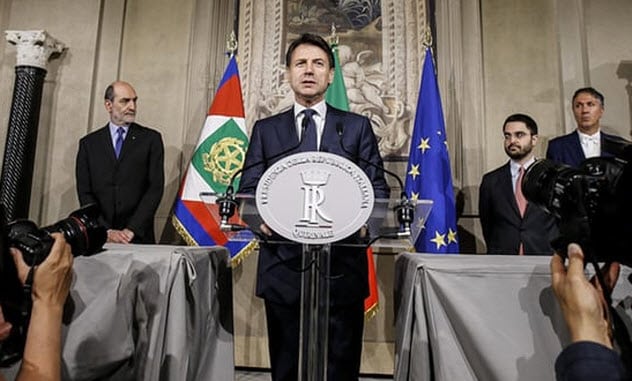 So, the coalition government between Italy’s populist M5S and League parties didn’t happen as planned after all. Instead, it collapsed in Italy’s biggest political crisis in years.

On Sunday, after months of wrangling, the ill-suited M5S and League finally put forward their nominations for government. Italy’s pro-EU President Sergio Mattarella approved them all—except for the anti-EU Paolo Savona for finance minister.

Such a move is not unprecedented, and it is within the president’s constitutional powers to reject candidates. Usually, this gives rise to a new candidate. This time, it resulted in M5S and the League pulling the plug on their entire coalition.

M5S and the League charged that Mattarella overstepped his bounds and should be impeached. Meanwhile, Mattarella scrambled to put together a technocratic interim government, albeit one which seemed sure to lose a no-confidence vote in the M5S- and League-dominated parliament.

After looking like we were in for a wild ride that would be felt all the way from Rome to Wall Street, Mattarella agreed to a revised list of ministers late yesterday. Today, a populist government is expected to assume power—with the controversial Giuseppe Conte as PM. Conte is a former law professor who is new to politics. Skeptics are worried that he will be little more than a puppet controlled by more powerful political hands.[10]

Is this the answer to Italy’s turmoil, or is it the calm before the storm? Sure, this makes it unlikely that Italy will face new elections this summer. Yet the country is left with two former political enemies maneuvering for power within a new government. We’re trying not to imagine how many ways this could go wrong. Stay tuned.