Identical twins have tried gaming the law ever since they learned they could. Visual differences are often difficult to pinpoint. DNA does not help, either, because identical twins are from the same fertilized egg. As a result, they have the same DNA. 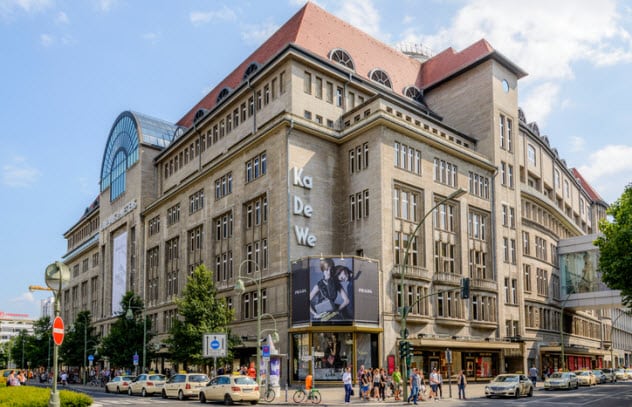 A set of twins identified only as Hassan and Abbas O. escaped prosecution despite one or even both of them being involved in a jewelry heist. In the early hours of February 25, 2009, three men raided the Kaufhaus Des Westens (KaDeWe) luxury store in Germany and stole watches and jewelry worth €5 million.

The men were caught on CCTV. One of them also left a glove behind. Police extracted DNA samples from the glove, and it led to twin brothers Hassan and Abbas O. Police could not determine which brother had committed the heist or whether both brothers were involved. The men never confessed, either.

The CCTV footage was useless because the criminals were masked. The police finally freed both brothers even though the jewelry remained missing. In appreciation, the brothers thanked the state for allowing them to go scot-free after it could not establish the exact identity of the criminal.[1] 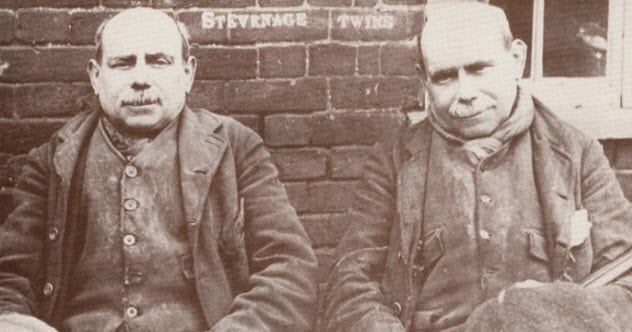 Albert Ebenezer Fox And Ebenezer Albert Fox looked so alike that their parents needed to attach colored ribbons to their clothes to tell them apart. Unfortunately, their similar names also allowed the brothers to get away with most of the crimes they committed.

The Fox twins never went on their robbery sprees together. That way, both could claim innocence of the crime, leaving the police confused about which one was the real criminal.

The brothers had such frequent run-ins with the law that the police started taking their fingerprints and identifying them by their scars. The Foxes were the reason that research into fingerprint identification was fast-paced. In 1904, they became the first people to be prosecuted using fingerprint evidence.

The brothers survived by poaching and stealing fowl from farms. They also had a few legal jobs, including capturing foxes from farms and building a police station. Ironically, they were later detained in that same police station. Despite the confusion they often caused regarding their identification, they were convicted over 200 times throughout their lives.[2] 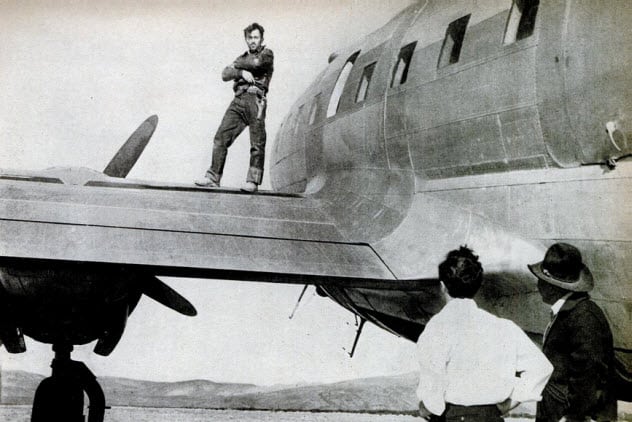 Charles and George Finn served in the United States Army Air Corps during World War II. George served as a flight instructor while Charles was a B-17 pilot. In 1952, the brothers purchased a World War II-era C-46 airplane from the Bakersfield School District, intending to modify it for their new airline.

The U.S. government stopped the purchase because the school district was not allowed to sell the airplane. The brothers refused to return the plane, and one of them flew it into the Nevada desert to hide it from the government.

The FBI recovered the craft and arrested the brothers. A federal grand jury decided against prosecuting the Finns because the witness could not identify which twin flew the airplane into the desert.[3] 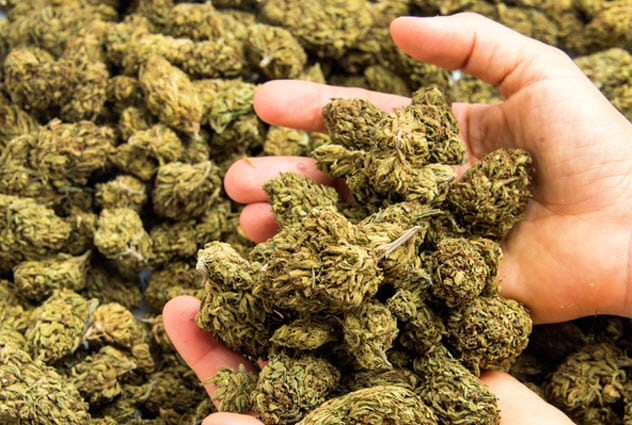 In 2003, police officers in Malaysia arrested either Sathis or Sabarish Raj for being in possession of 166 kilograms of cannabis and about two kilograms of opium. The arrested twin had been transporting the drugs to the house where he was busted. Shortly after, his twin arrived at the house and was also picked up.

Officers soon found themselves in a fix when they could not identify which twin they had arrested for being in possession of the drugs. DNA tests were inconclusive, and the brothers were not talking.[4]

Although the twins were put on trial, the judge dismissed the charges because she could not determine which had committed the crime. The errant brother would have been executed if he had been found guilty. 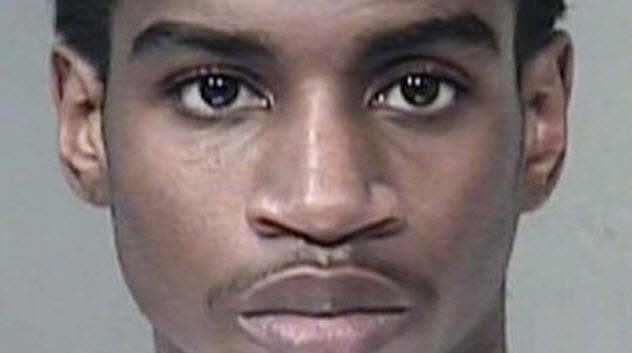 Outside a nightclub in Arizona, a fight broke out on the night of February 12, 2011. By the time it was over, 19-year-old Sir Xavier Brooks had been shot dead. A month later, police picked up Orlando Nembhard for the murder. However, the investigation quickly became complicated after police realized that Orlando had an identical twin brother named Brandon.

Police had no DNA to pinpoint the brothers for the murder, although it would have done little. The murder weapon was also missing, so police could not get fingerprints. They only had visual identification. But that was unreliable because witnesses kept alternating between the brothers. Some said Orlando was the shooter, some said it was Brandon, and others just refused to talk.[5]

The judge presiding over the case termed it inconclusive and reduced Orlando Nembhard’s bond from $500,000 to $10,000. The shooter remains unknown. Brandon had no criminal record, while Orlando had been previously arrested for burglary and marijuana possession. 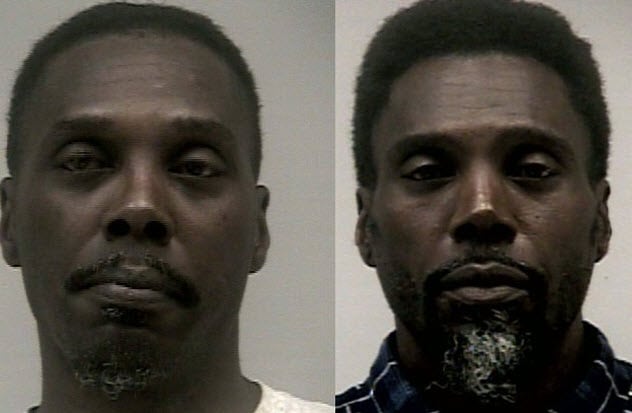 On July 18, 2008, someone shot and killed Genai Coleman at a train station and stole her car. Police later recovered the abandoned vehicle. Inside, they found a cigarette butt. DNA from the cigarette butt led them to Donald Smith, who had previously been sent to prison for drug crimes. Donald denied the crime and said that the murderer was his twin brother, Ronald.

Ronald was arrested a few days later. Fingerprints taken from the vehicle implicated Ronald, and some witnesses had seen him around the area where he had abandoned the car. He had also made phone calls around the same area.

Ronald confessed to the crime, although he claimed that it was a case of accidental discharge. However, he backtracked during the trial when he denied being the murderer and said that it was Donald instead.

Ronald’s attorney added that Ronald’s fingerprints were in the vehicle because he had helped Donald clean it. This excuse did not fly with the jury, and Ronald was sentenced to 25 years imprisonment.[6] 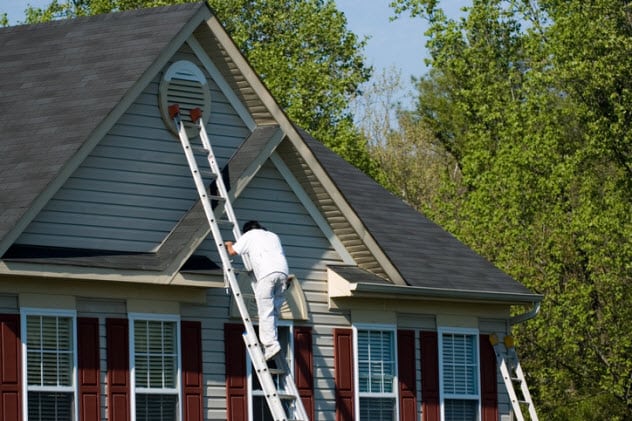 In summer 2001, police arrested Darrin Fernandez for breaking into the home of a lady in Dorchester, a Boston neighborhood. The lady was awake during the break-in and had heard the window shatter. She called the police. They arrived to find Darrin trying to escape from the home. He had not attacked the lady and had injured himself during the break-in.

Police ran Darrin’s DNA through their database and discovered that it matched two earlier rapes committed in the area. In both instances, a man had broken into a lady’s home while she slept and raped her. The investigations soon hit a brick wall when police realized that Darrin had a twin brother named Damien who could have committed one or both rapes (and not Darrin).

Police were able to convict Darrin for the first rape because the victim correctly described the tattoo on his arm. The second case remained inconclusive even after Darrin was tried twice. At the first trial, investigators attempted to pin the rape on him by claiming that he had been in the area around the time it happened. That was unsuccessful because they could not prove that Damien had not been in the area.[7]

During the second trial, Assistant District Attorney Mary Kelley took the jury to a Dorchester home where Darrin had been employed as a painter. There, she showed them how Darrin had climbed a ladder to survey the neighborhood and scout out his next victim. Although this made sense to some jurors, the case ultimately ended in a hung jury. 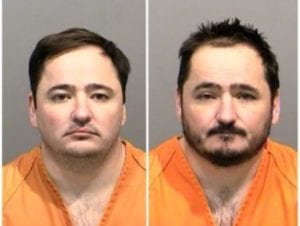 In July 2003, Heather DeWild went missing after driving to her estranged husband Dan DeWild’s house to pick up a set of insurance cards for their two children and sign a check. Heather’s parents grew concerned when she did not return, and after calling Dan DeWild, they were told Heather left the kids with him and went shopping—something the concerned mom knew never would happen.

When questioned by police, Dan DeWild was told by his twin brother, David, not to speak to the police. Detectives believed this was not a missing persons case but that Heather had met with foul play. However, there was no murder weapon. No fingerprints. No blood in the house where police believe she was killed. And nothing tied the brothers to Heather’s murder, even though they were both suspects. Six weeks after she disappeared, Heather’s body was found by a road worker moving dirt on a canyon road.

Eventually, the case grew cold, and Heather’s parents felt they would never get an answer to what happened to their daughter. But two years later, a new district attorney was elected, and they appealed to him for help. He and his team began methodically going through each piece of information. Then, eight years after Heather’s body was found, Dan and David DeWild were arrested for her murder.

A bombshell bit of information turned the case for everyone. Prosecutors learned that before Heather disappeared, the DeWild brothers had watched TV crime dramas and forensic shows. They had begun planning the crime when Heather filed for divorce. Later, David turned on his twin brother, revealing that Dan killed Heather, even filming a reenactment of the crime. Dan DeWild was eventually convicted and sentenced to 74 years. David DeWild took a plea deal in return for his testimony and received 12 years for second-degree murder.[8] 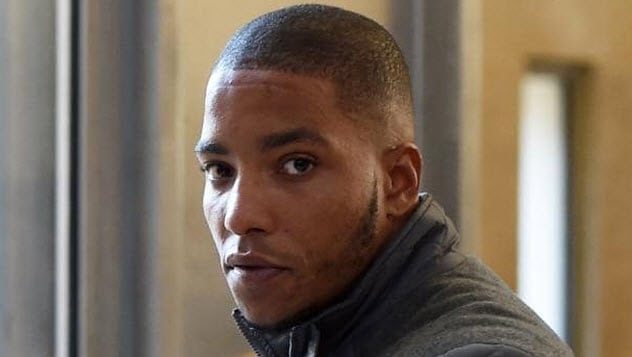 Between September 2012 and February 2013, a rapist prowled Marseilles, France, committing a series of rapes and attempted rapes. DNA recovered from some of the crimes led police to identical twin brothers, Yoan and Elvin Gomis. The brothers looked so much alike that they were almost indistinguishable.

Investigators became more confused after they realized that both brothers lived in the same house and shared a car, phone, clothes, and Facebook account. The brothers denied any involvement in the assaults. Instead of letting them off the hook, the police just sent them to jail, where they remained for 10 months until police determined that Yoan was the attacker.

He was found guilty after his victims stated that the attacker stuttered when talking. Yoan was the one who stuttered because he suffered from partial deafness. He apologized for not talking earlier and for putting his brother in jail. Elvin was not offended.[9] 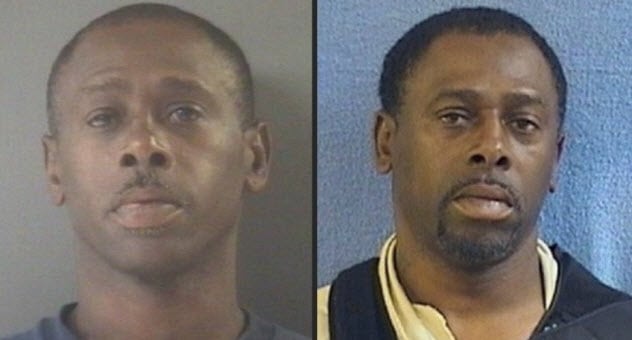 One night in November 1999, an unnamed 26-year-old student at Kendall College of Art and Design in Grand Rapids, Michigan, had just finished a night class and was on her way to her car when she was attacked and raped. DNA tests led police to Jerome Cooper, but they soon realized that his twin brother, Tyrone, could have been the attacker. Both brothers were registered as sex offenders and lived in the same area.

At the time, limitations in DNA technology meant that investigators could not determine which brother was the rapist.

Police thought that they had found a solution after a new type of DNA test implicated Dwayne McNair (one of another set of twins) in an unrelated rape and robbery in Boston. Prosecutors believed that they could use the same DNA test to expose the rapist in the Cooper case in Michigan.

The new DNA test was not accepted in the Boston court even though Dwayne was convicted for the crime based on other evidence. Unfortunately, this meant that the DNA test for the Cooper brothers might not be accepted in Michigan, either.

Another issue was the expense associated with the test. In the Boston case, the cost was $120,000, an amount that would have taken a considerable chunk of law enforcement budgets. As a result, the Boston police and the district attorney’s office agreed to split the bill in that instance.[10]