We all know World War II was complex; that’s part of what makes it a world war. But three quarters of a century on, it’s all too easy to forget some of the more complicated details of the conflict.

People like a simple, black-and-white narrative—Allies vs. Axis, good vs. evil—but reality is rarely as straightforward as that. Here, we investigate some of the inconvenient events which challenge common perceptions of the largest conflict in history. 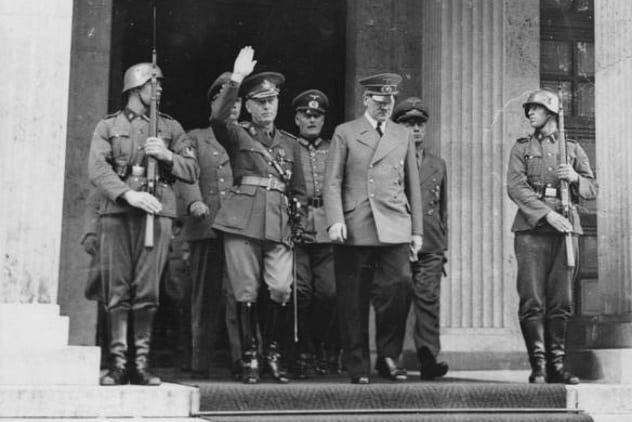 We’ve all heard of the famous Axis players in the war—Germany, Japan, and Italy—but being a world war and all, it’s hardly surprising that other nations joined their side. Romania, Bulgaria and Hungary, all independent at the time, threw their armies in with Hitler.[1] Romania signed a pact with Germany in 1940, supplying raw materials and troops to the Nazi war effort, and Hungary sent over 200,000 troops to fight the Soviet Union. These troops were then ungratefully sacrificed by Nazi High Command to cover the German retreat in 1943. Bulgaria joined the Axis in 1941 and was used to launch an attack on Yugoslavia by the Germans in return for a slice of Yugoslav territory.

But Hitler’s allies often proved a hindrance rather than an asset. In 1942, Romanian troops were the weak link, exploited by the Soviets to encircle the Germans at Stalingrad, turning the tide on the Eastern Front. But the Romanians were only a minor hindrance compared to some of Germany’s other allies because . . .

9 The Italians Took A Beating From The Greeks 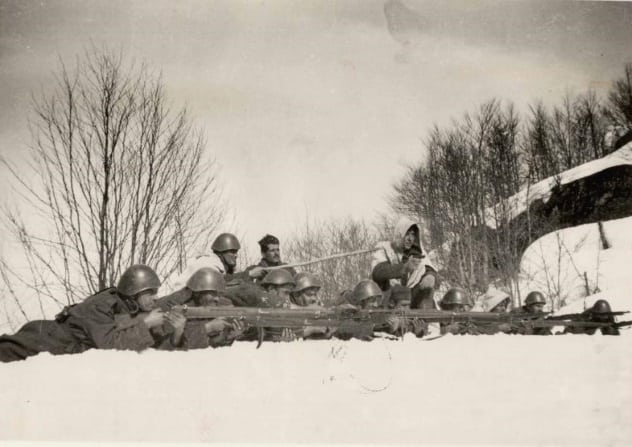 In October 1940, spurred on by the German success in Poland, Italy invaded Greece. The Greek army was smaller, less modern, and less experienced, and yet within the first 20 days, the Italians had been forced back into occupied Albania and fought to a bloody stalemate.[2] This was the first major Axis setback of the war and became known to the Greeks as the Albanian Miracle. The stalemate ended in April 1941, when Germany intervened.

But Italy’s incompetence wasn’t limited to Greece. In June 1940, 200,000 Italians invaded British Egypt, and 130,000 of them promptly surrendered as they were pushed 800 kilometers (500 mi) into their own (Libyan) territory. The Germans again intervened and gained the upper hand, but this was yet another conflict that they had not planned for.

But the war In North Africa might have been completely different. Before the fall of France, Italy’s army in Libya had been held in check by French forces in Tunisia. After the French surrendered, that threat ceased to exist. But the French government, now based in Vichy, though officially neutral, retained their Mediterranean fleet. This may at the very least have acted as a deterrent and hindrance to Italian naval operations in the region, but this was not to be so because . . .

8 The British Attacked The French Fleet 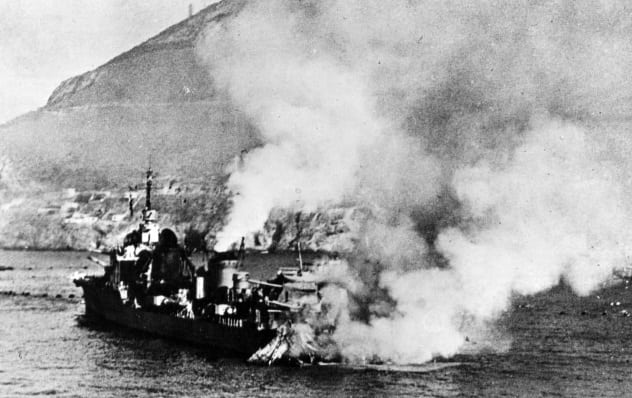 After France fell, the British worried that the French Navy would fall into German hands and be used against them. After trying and failing to convince the French Navy to join the British cause, the British government grew impatient. Many in the Royal Navy believed (correctly in the case of the fleet stationed at Alexandria) that French fleets in the colonies would join the British when they ran out of supplies. They also hoped that French colonies would pledge allegiance to the Free French forces under Charles De Gaulle. Churchill and his War Cabinet however, insisted on a quick display of force, and so, in July 1940, Operation Catapult was launched.[3]

The British seized French ships in British ports and sent ships to demand the French surrender. When the French refused, they opened fire, killing nearly 1,300 French sailors but failing to sink the fleet. Worse, many ships escaped to France. The Vichy government came into power a week later and became hostile to Britain, and the outraged colonies quickly sided with Vichy. Despite weakening the British position considerably, Churchill still claimed a victory. But a hostile Vichy regime had serious consequences for the war . . .

7 The Allies Fought The French In Madagascar 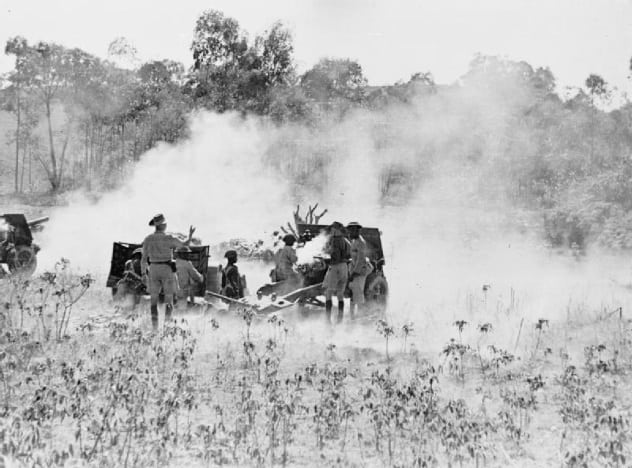 After Madagascar rallied to the Vichy government in 1940, the Allies worried that it might become a base for the Japanese in the Indian Ocean. This resulted in a British blockade followed by an invasion in May 1942. The Vichy defenders fought fiercely for six months before eventually surrendering.[4]

When the US joined British forces in French North Africa in late 1942, the Allies faced a far bigger challenge than they had experienced in Madagascar. 100,000 Vichy French troops were stationed there. Motivated by a profound sense of their previous defeat and a complex about proving their worth as soldiers, they offered surprisingly stiff resistance before eventually being bested.

6 Iraqi Rebels Fought For The Axis 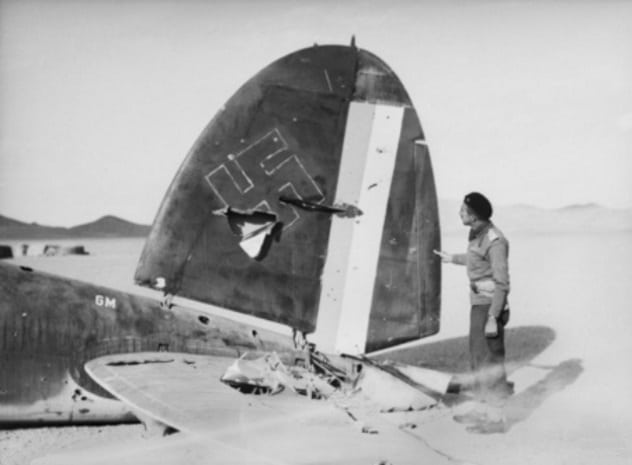 Prior to the combat in Madagascar and French North Africa, anti-British sentiment in Iraq was high. This led to a coup d’etat in 1941 against the pro-British government and a British military intervention in response.[5]

The rebels asked the Axis for assistance, but the Germans, now preoccupied in Greece and preparing to invade Russia, could only send military equipment. This had to be delivered via airfields and railways in Vichy Syria, and since the Vichy government was now firmly anti-British, they agreed to help. Although the coup was defeated, this was the first time the Vichy regime had actively contributed to the war, and it resulted in a full British invasion of Syria. 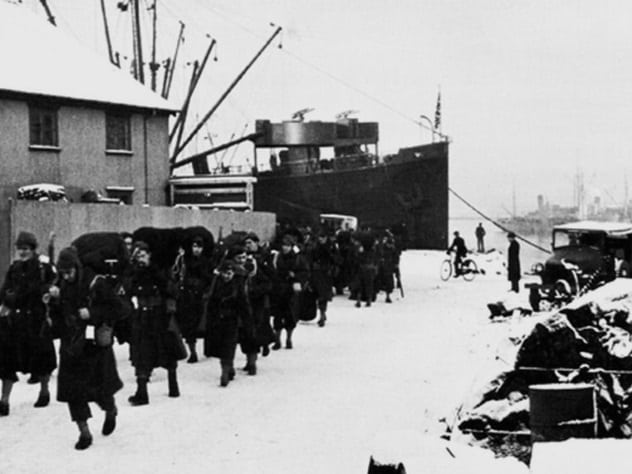 It seems old habits die hard for the British Empire. Not only did they fail to resist the ancient English tradition of French-bashing, but they also couldn’t resist the tradition of invading neutral countries.

Iceland had been a Danish state since 1918, but after Denmark fell to the Germans in 1940, it declared independence and neutrality in the war.[6] But Iceland held significant strategic importance for the ongoing battle of the Atlantic, so the British offered “protection.” When Iceland politely refused, the British invaded, seizing important locations and taking local Germans into custody. Iceland issued a formal protest but did not resist, remaining in Allied hands for the duration of the war. 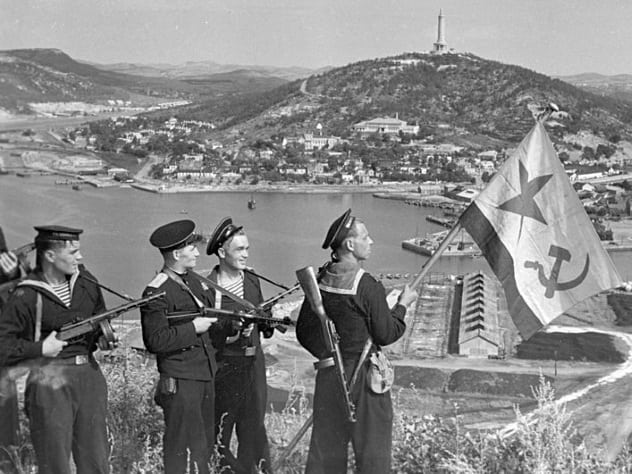 While the atom bomb is often credited with bringing about the Japanese surrender, an equally significant and often forgotten factor was the invasion of Japanese-occupied China by the Soviets in August 1945. Japan had invaded China eight years before and had established a massive military presence of around 800,000 there. When the Soviets invaded with 1.5 million men, the Japanese were completely overrun, and Japan’s surrender was inevitable.[7]

After eight years of occupation and brutal war, the over 1.7 million Japanese civilians who had settled there faced cold, hunger, disease, Soviet brutality, and massive reprisals from the Chinese. At its worst, the Japanese civilian death toll was 2,500 per day. In fact, the Chinese theater is perhaps the most forgotten conflict of the war, which is surprising because . . .

3 China Suffered The Second-Highest Casualties Of The War 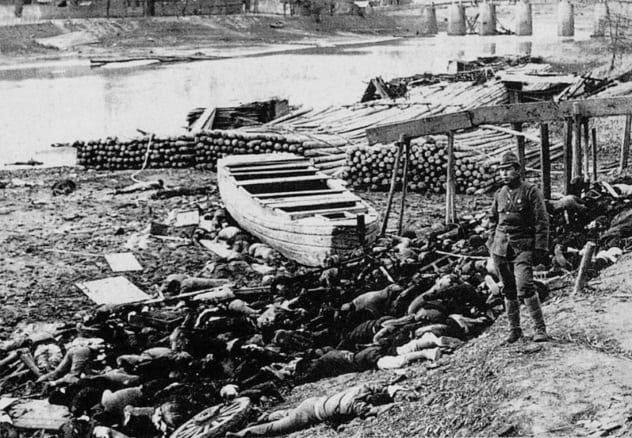 Invaded in 1937 by Japan, China was the first country to face an Axis power. The Japanese brutality in China is infamous, with events like the Rape of Nanking still resonating with Chinese people today. China lost 15 million people over the course of the war, second only to the Soviet Union, which lost 25 million, and nearly twice as many as Germany’s eight million.[8] Of these, over ten million were civilians.

Late in the war, China became a crucial part of Allied strategy in tying down Japanese troops, but for four years before Pearl Harbor, China fought alone. 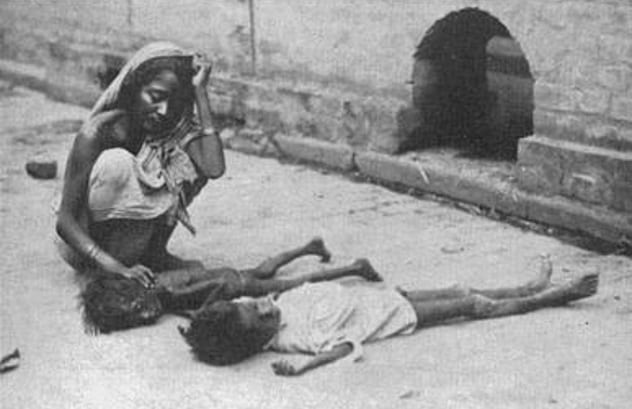 Burma (now Myanmar) supplied 15 percent of India’s rice, and its loss to the Japanese, combined with transport problems caused by the war and poor government policy, resulted in the unnecessary deaths of as many as three million people in the Bengal Famine.[9]

The famine hit the rural areas of Bengal, which could not cope with British war policies. In particular, the British acquisition of vast quantities of rice in preparation for an attack against the Japanese caused hyperinflation in the price of rice. The government in London willfully denied the region food imports, which could have alleviated the famine, but continued to insist that more rice be produced and exported. Winston Churchill even blamed the Indians for the famine, claiming, “They breed like rabbits.” When the full extent of the famine was realized, the British took measures to alleviate it, but the damage had already been done.

With such indifference and contempt for Britain’s Indian subjects, even when 2.5 million Indians fought for Britain, is it any wonder that . . . 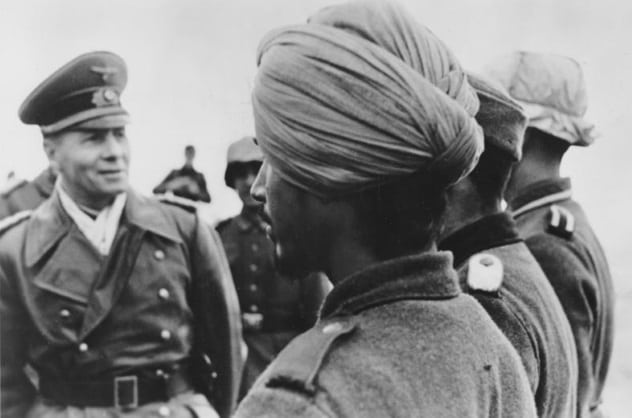 In the spring of 1941, the leader of the militant anti-British Indian liberation movement, Subhas Chandra Bose, went to Germany to seek support for his cause. This resulted in the creation of the Indian Legion of the German army. Made up of some 2,000 captured Indian soldiers who had fought for the British in North Africa, they hoped to be sent to liberate India. At its largest, the Legion numbered around 4,500.

For much of the war, they did not see action and were kept for purely propaganda value.[10] But in 1944, they were handed to the Waffen-SS, the military wing of the Nazi party, with whom they eventually saw limited combat. While Indian nationalists sought Nazi help, they did not align with fascism. Hitler believed that British rule in India was justified on racial grounds, so unlike other “foreign legions” of the SS, it was an alliance of convenience rather than of shared values.