There is a lot that goes into serial killing, such as choosing a victim, selecting the weapon of choice, and also deciding where to carry out the bloody crime. Some serial killers, for example, are more attracted to certain areas within cities than others. We could call this a coincidence or just agree there is such a thing as “the perfect place for murder.”

These following places all have the most chilling statistics and a history of macabre happenings. When it comes to murder, they would be playgrounds for serial killers. 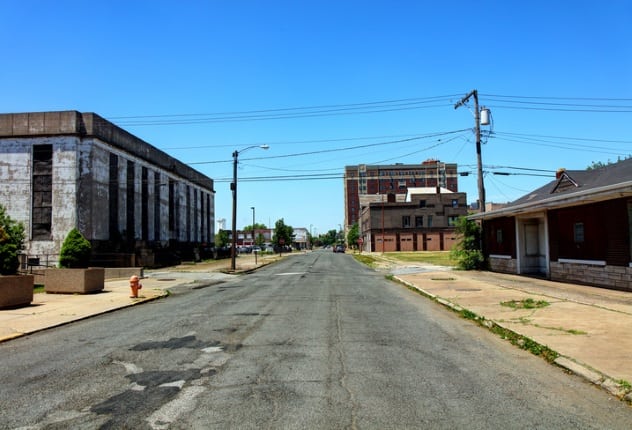 The town of Gary, Indiana, has been called a “serial killer’s playground” due to the 10,000 abandoned houses that line its derelict streets.[1] Many of these homes are beyond repair, with crumbling walls and sagging roofs, since employment in the area dropped due to growing overseas competitiveness in the steel industry. The only purpose these properties serve now is for vagrants to settle for the night or serial killers to dump bodies without fear of being caught.

In 2018, serial killer Darren Vann pleaded guilty to strangling seven women to death between 2013 and 2014. As part of his plea deal to avoid the death penalty, he took the police to the various abandoned homes in the Gary area where he had ditched the bodies. His sinister crimes went undetected until he murdered his final victim in a motel and left her body in the bathtub. It’s unimaginable how long his crimes would have stayed under the radar if he continued to use abandoned homes as his dumping grounds. 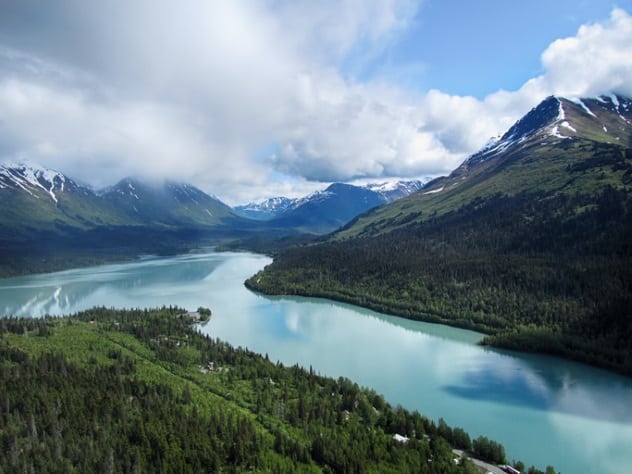 Alaska is renowned for its beautiful, wild scenery and rich wildlife. On a more sinister note, it’s also known for its high number of violent crimes. According to the Serial Killer Database, Alaska is the state with the most serial killings between 1900 and 2014. Many Alaskan communities are only accessible by plane, and there are at least 75 Native American villages that don’t have any law enforcement.[2] Isolation, harsh weather conditions, and a lack of police officers mean that victims don’t stand much of a chance.

Most notoriously, serial killer Robert “The Butcher Baker” Hansen hunted his victims in Alaska—literally. Hansen abducted at least 17 women, some who were as young as 16, in the area of Anchorage. He then let them run through the woods before he tracked them and killed them in cold blood. He received a life sentence without the possibility of parole for the brutality of his crimes. 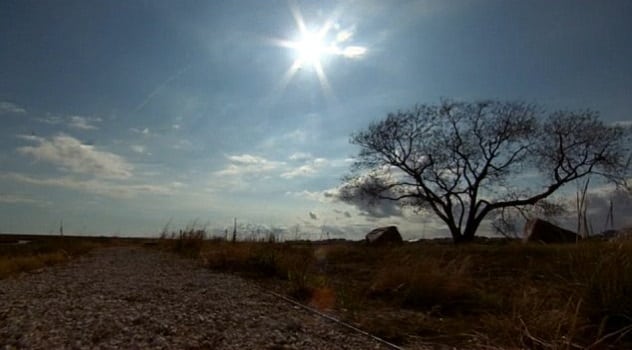 The so-called Texas Killing Fields, a 25-acre patch of land just 1.6 kilometers (1 mi) from Interstate Highway 45 just outside Texas City, is both frightening and mysterious. Since the 1970s, over 30 young women and girls have either been murdered or disappeared from this area. Many of the murders are believed to be the work of sinister serial killers. The area is big enough that if you screamed, nobody would hear you. A sign placed on a bridge warns: “You are now entering the cruel world.” 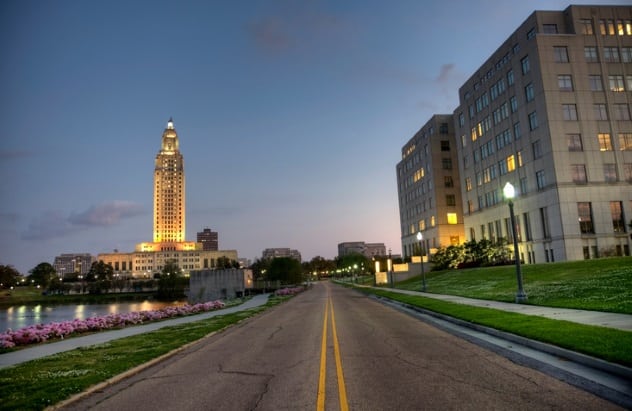 When it comes to serial killers, Baton Rouge has a serious problem. Since 1997, nearly 70 innocent victims have lost their lives at the hands of no less than five different cold-blooded murderers who have stalked the area. The city is the capital of Louisiana, which is the only state in the US with a murder rate of more than ten homicides per 100,000 residents, according to the numbers from 2017. 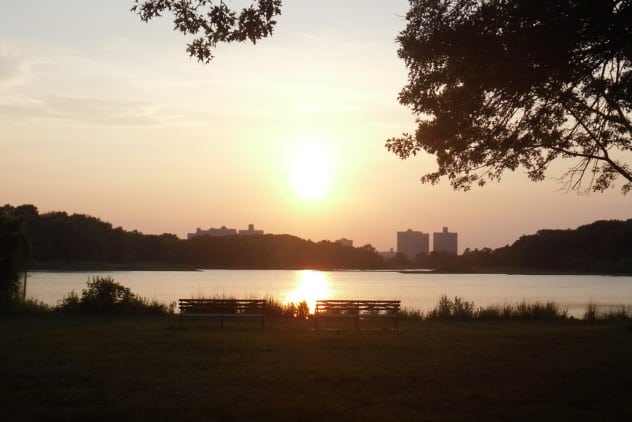 Pelham Bay Park has a reputation for being a chilling dumping ground for killers. Between 1986 and 1995, at least 65 bodies were discovered in the 2,700-acre Bronx park. In 1991, the decomposing body of a man in chains was found inside a barrel, and many other corpses were found missing fingers and limbs. Although most of the park is out of view from the highway, there are still many routes accessible by car. Set 30 meters (100 ft) away from the busy highways that surround the area, it’s not a hard task to dispose of a body in the park and then make a getaway back into populated society.[5]

Bronx historian Lloyd Ultan explained, “Pelham Bay Park is the largest park in New York City, so it’s vast, vast territory. A lot of it is wild. It would take a long time for anybody to find anything there that shouldn’t be there.” Nowadays, walk through the park, and you’re likely to come across police crime scene tape left behind from another gruesome discovery. 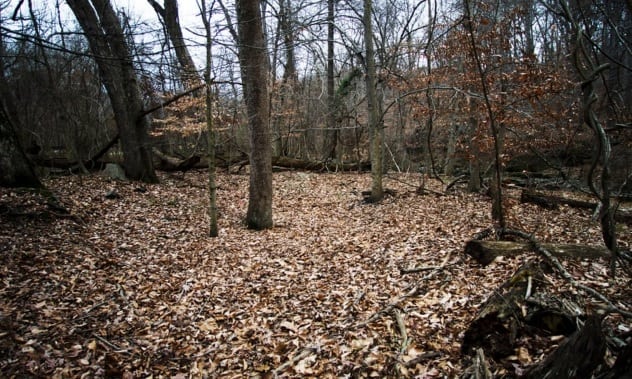 Leakin Park, aka Gwynns Falls Leakin Park, is the largest park in Baltimore. It covers 1,216 acres and has been described as “Baltimore’s largest unregistered graveyard.” The thick, vast forest has also become another popular dumping ground, as the trees overshadow the winding paths. Between 1948 and 2010, more than 68 bodies, many of which had been mutilated, were discovered, and the park’s reputation of tranquil beauty has become blemished. In 1968, the bodies of three children—all aged under 11 years old—were found, and the killer, a janitor named Reginald Vernon Oates, was found carrying a bag containing the genitals of his victims.[6]

Another notorious Leakin Park case became the main subject in the podcast Serial. In 1999, the body of 18-year-old Hae Min Lee was discovered buried in a shallow grave in Leakin Park. Lee’s ex-boyfriend, Adnan Masud Syed, was found guilty of first-degree murder despite pleading his innocence. The podcast became a phenomenon, with more than 175 million downloads to date. 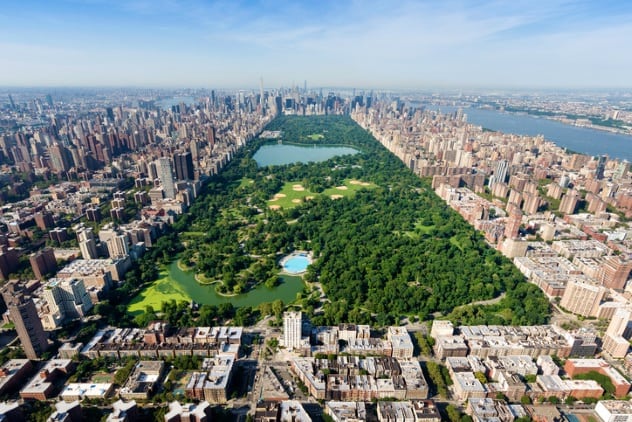 Central Park is a tourist hot spot in New York City. Visitors from all over the world flock here to enjoy the cycling routes, a picnic on the lawn, the panoramic views of the city’s skyline, or the zoo. However, there is a sinister underbelly that the tourism board would rather keep quiet. In 2017, three bodies were pulled from the reservoir and lakes within the park within two months of each other, yet police were only able to identify one of the victims.[7] Despite the 2.4-meter-tall (8 ft) fence surrounding the Jacqueline Kennedy Onassis Reservoir, two victims somehow still managed to end up dumped there. With a depth of 9 meters (30 ft), many other corpses may be resting below the reservoir’s surface.

The 840-acre park provides a common shelter for runaways but also for potential killers. In 1862, the park board made the decision to close the park after dark, stating: “The closing of the Park at night is of such obvious propriety, that it requires no argument for its justification.” 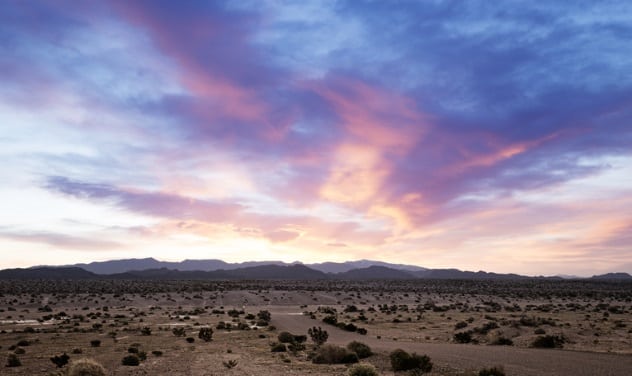 The Mojave Desert is home to over 200 endemic plant species and the Joshua tree. It is considered one of the most beautiful natural environments in the United States, but it also serves another purpose—a vast illegal burial ground. A former San Bernardino County sheriff’s deputy chief explained, “If you want to kill somebody, you’re going to take him some place that’s desolate, and the California desert just a wonderful place and it’s a secluded place. In addition to all the wonderful things it has to offer, it’s long been a place to dump bodies.”[8]

In 1984, William Richard Bradford murdered a 21-year-old barmaid after convincing her that he was a photographer. He strangled her to death and buried her body in the desert after slicing off her tattoos. He was convicted of two murders, but the real victim count is believed to be much higher, as he bragged, “Think of how many you don’t even know about.” More recently, in 2013, the skeletal remains of four victims were discovered in shallow graves. 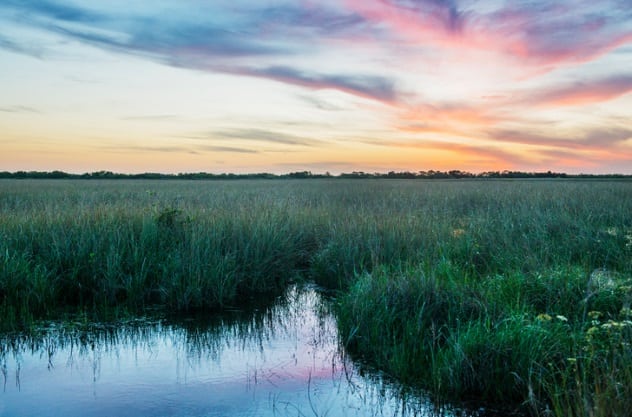 Everglades National Park is an eye-watering 1.5-million-acre stretch of wetlands, marshes, forests, and swamps in Southern Florida. The grim history of the park stretches back to the late 19th century, when sugarcane plantation owner Edgar J. Watson was known for killing his workers on payday rather than paying them.[9] He gunned them down in cold blood and dumped the bodies in the swamps—allowing the alligators to do the rest. Since then, the two main routes through the Everglades, US-41 and State Road 84, also known as Alligator Alley, have witnessed the discovery of many corpses.

Since 1965, there have been more than 175 unsolved homicides, and Florida police have long suspected that serial killers operate in the area. If that wasn’t creepy enough, there have also been many missing persons cases here where people have just vanished off the face of the Earth. Serial killing duo Ottis Toole and Henry Lee Lucas also claimed they joined a murderous cult in the Everglades—an unsurprising claim considering the area’s chilling history. 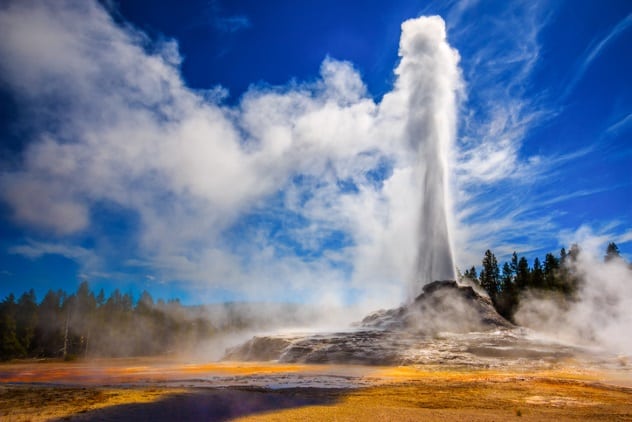 There is a place where you might get away with murder due to an alleged legal loophole. Founded in 1872, Yellowstone National Park is a vast wilderness in Wyoming that also reaches into parts of Montana and Idaho. Due to the approximately 9,000-square-kilometer (3,500 mi2) park stretching between three states, if you were to commit a murder in the section of the park that sits in Idaho, then you might get away with it—legally.

Here’s how it may work: You kill someone in the small part of Yellowstone that’s in Idaho, and then you get arrested and taken to Wyoming. The US Constitution, however, stipulates that a person should be tried for a crime in the state it was committed in. But then the Sixth Amendment states that an “impartial jury of the state and district wherein the crime shall have been committed” is required.

The state where you killed that poor sap is Idaho, but the district is Wyoming. So, theoretically, there is no jury that exists to grant the accused a fair trial. Law professor Brian A. Kalt explained the loophole in his 2005 essay “The Perfect Crime.” In it, he writes, “The courts may or may not agree that my loophole exists, and in any case, this Essay is not intended to inspire anyone to go out and commit crimes.”[10] Noted.

Read more about serial killers on 10 Childhood Warning Signs Of A Serial Killer and 10 Common Misconceptions About Serial Killers.