The following diseases have been proven to promote some degree of resistance against other illnesses. Some of the virueses mentioned continue to be incurable, and studying factors that grant resistance to these pathogens can help researchers develop more effective treatment options. So here are ten diseases that prevent other diseases. 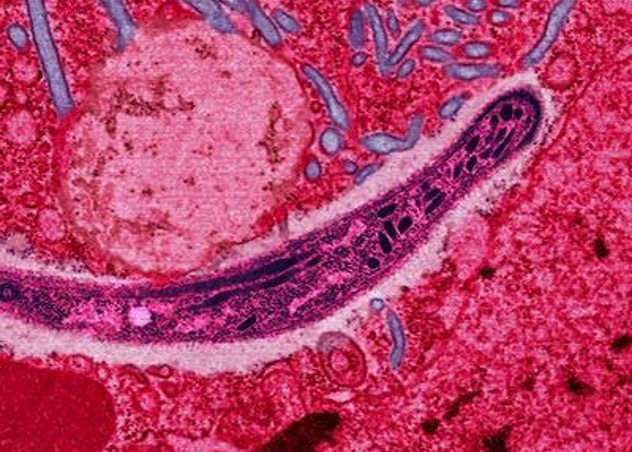 People who are carriers of the sickle-cell gene have been proven to be more resistant to malaria. Sickle-cell is a condition where the red blood cells are misshapen, becoming crescent-shaped and more susceptible to clotting. According to the Centers for Disease Control, 60 percent of sickle-cell carriers survive malaria. This means that in areas of high concentration of malaria transfer (Central and South America, Africa, Asia, and the Indo-Pacific region), there are also large numbers of sickle-cell carriers.

How exactly sickle-cell prevents malaria is by a component of hemoglobin, haem. Low concentration of haem stimulates haem oxengase-1, which also breaks down haem. This allows for carbon monoxide to become more evident in the blood, because haem oxengase-1 releases carbon monoxide, which plays a critical role in the prevention of malaria.[1] A group of scientists tested this on mice and observed these results. 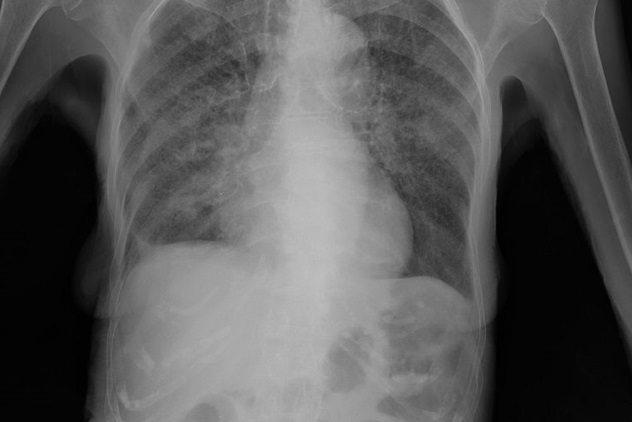 Tay-Sachs carriers have shown signs that their Tay-Sachs gene protects against Mycobacteria tuberculosis, which, you guessed it, causes tuberculosis. Tay-Sachs disease destroys neurons in the brain and spinal cord and is more common among Ashkenazi Jews, probably because of the segregation and lack of immigration in this group. There has been a proven correlation between the widespread Tay-Sachs gene and tuberculosis in this particular population.

However, Tay-Sachs carriers produce a certain subunit of the enzyme hexosamindinase. This subunit is closely associated with the prevention of tuberculosis, because it destroys the Mycobacteria and causes other bacteria on the cells’ surfaces to become less active.[2] So, despite the increased incidence of tuberculosis in Ashkenazi Jews, there are fewer deaths due to the disease. 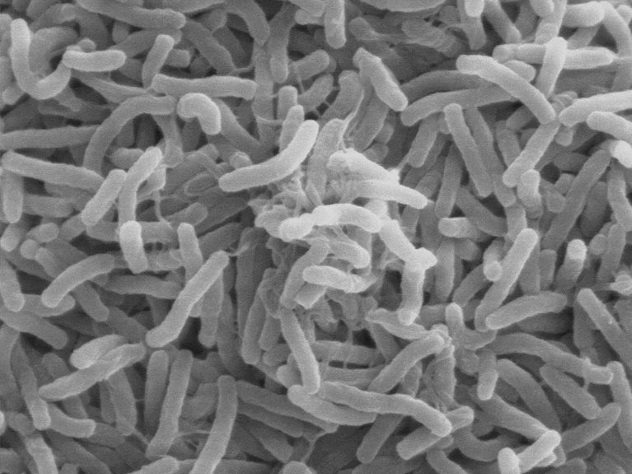 Carriers of cystic fibrosis have been shown to survive Vibrio cholerae, the lethal strain of cholera. Cystic fibrosis causes channels in the respiratory system to be blocked with thick mucus. The mucus will build up in the lungs and create a bacterial breeding ground. It also affects the digestive system by blocking the enzymes that digest the food in the small intestine. However, carriers do not experience the effects of this disease, and they may not experience the effects of cholera, either.

Cholera is deadly because it will cause the patient to lose about 19 liters (5 gal) of water a day, ultimately leading to dehydration. Cystic fibrosis blocks chloride channels, keeping fluids in. As a result, even carriers of the cystic fibrosis gene who are infected with cholera will lose half the amount of fluid. This limited fluid secretion is enough to flush out the cholera toxins from the intestines without causing dehydration.[3] So, just one cystic fibrosis gene will prevent the lethal effects of cholera by preventing the dehydration associated with it. 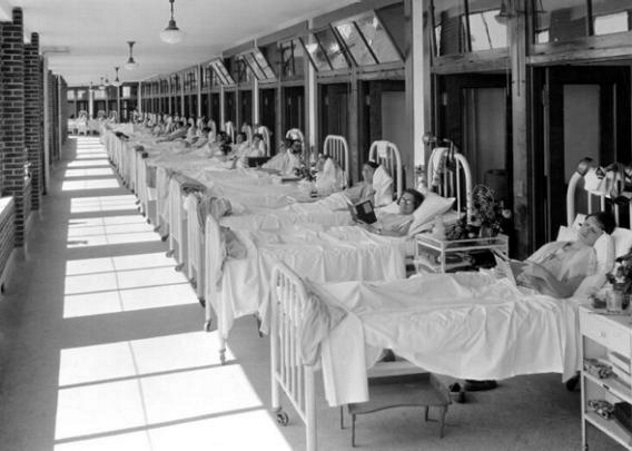 However, those who only have one gene for cystic fibrosis have shown some resistance to tuberculosis, hence the gene still being prevalent among Europeans and those of European descent. The cystic fibrosis gene would have died out, but it has lasted for thousands of years, so there must be some usefulness to it.[4] That usefulness is said to be resistance to tuberculosis. 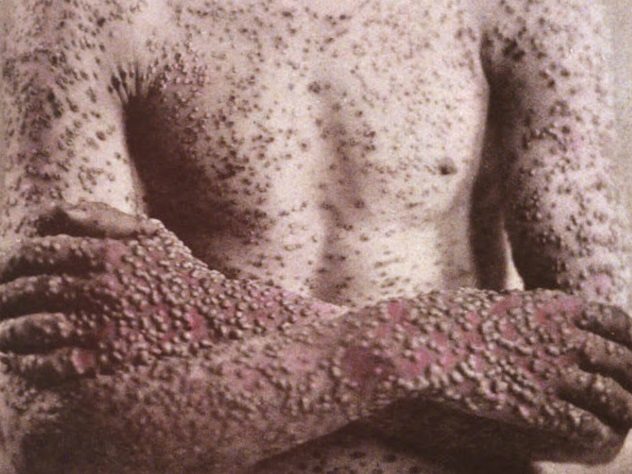 Cowpox, a viral skin infection, is basically a mild smallpox. Although cowpox isn’t necessarily pleasant to contract, the human body will stop the progression of the infection after a certain period of time, so the infection itself is not lethal. Cowpox can prevent smallpox because they are both essentially the same infection.

By being introduced to the cowpox infection, the immune system is able to develop immunity to it. When a more deadly version of that infection is introduced, it is easier for the immune system to prevent severe effects. Famously, Edward Jenner utilized cowpox to create the smallpox vaccine in the late 1700s.[5] 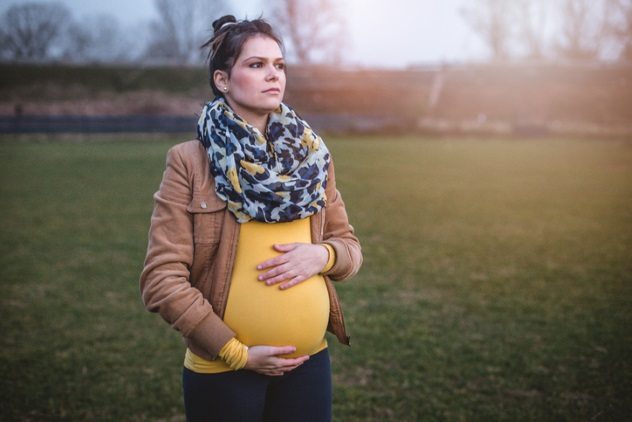 According to an online study, “Physicians observed that women who were PKU [phenylketonuria] carriers had a much lower than average incidence of miscarriages.” [6] PKU is a genetic disease in which phenylalanine builds up in the body, which causes issues when the patient consumes a large amount of protein. The body disables the production of an enzyme that breaks down this substance, and the buildup can be lethal to the patient.

Although PKU may cause significant health issues, carriers have an advantage when it comes to protecting themselves against mycotic abortions, pregnancy losses due to fungal infection. This is most prominent in Scotland and Ireland, because the atmosphere is a prime environment for fungi, some of which can cause mycotic abortions. Phenylalanine, which causes the health issues in PKU patients, fights against the major toxin in most fungi that cause spontaneous abortions. Since PKU carriers have a large amount of phenylalanine, they are able to better fend off infectious fungi and protect their unborn offspring. 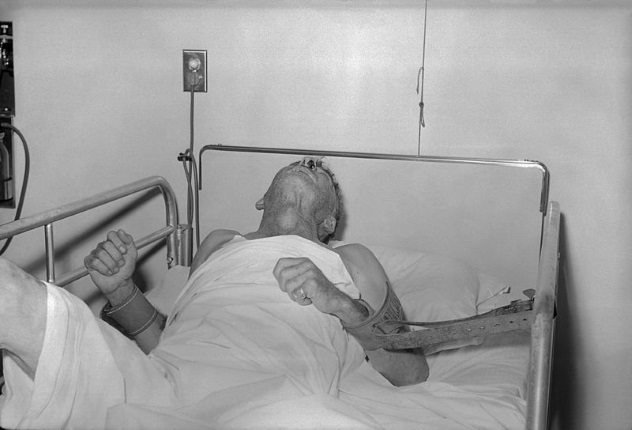 There is a correlation between patients with myasthenia gravis and the prevention of rabies. Myasthenia gravis is a muscular disease in which the voluntarily moved muscles become fatigued and are weakened. This is caused by faulty connections between the nervous system and the muscular system. Rabies infects the nervous system best through the skeletal muscles, probably because rabies is usually transmitted through animal bites.

Since rabies is commonly injected into the muscular system by a bite, those afflicted with myasthenia gravis are much less susceptible to rabies because they have faulty connections between the muscles and the nerves. It is very difficult for rabies to cause harm to the nervous system when it cannot enter it in the first place.[7] Although the muscles are not the only point of entry rabies has into the central nervous system, they are a significant entry point for the peripheral nervous system. This can prevent the infection or prolong it until the patient can seek medical attention. 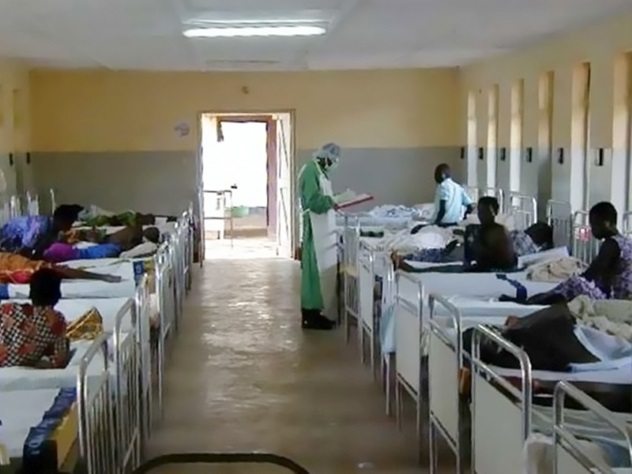 Niemann-Pick is a disease where cholesterol abnormally accumulates within lysosomes. The cholesterol accumulates because of a shortage of a specific protein called NPC1, which will transport the cholesterol out of the lysosomes. It has been proven that the NPC1 protein is associated with the Ebola infection process. The Ebola virus has been documented to poorly infect fibroblasts of patients who have Niemann-Pick disease, while it did better in fibroblasts where NPC1 was abundant.

Basically, the Ebola virus cannot efficiently infect people with Niemann-Pick disease because without the presence of NPC1, it is extremely difficult to do so.[8] 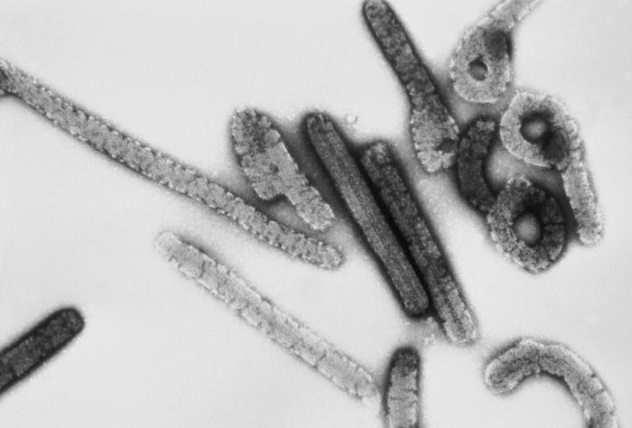 Similar to the Ebola virus, Niemann-Pick disease promotes resistance to Marburg. Marburg is a filovirus, like Ebola, and has a high mortality rate.[9] It causes hemorrhages and severe shock syndrome, mostly fatal among humans and nonhuman primates.

Much like with Ebola, Niemann-Pick disease patients resist Marburg by having a shortage of NPC1, which enables filoviruses to reproduce and spread. Because these viruses are unable to spread, it is much easier for patients with Niemann-Pick disease to fight Marburg, since it is no longer deadly if it cannot reproduce.

1 Congenital Disorder Of Glycosylation 2b And Viral Infections 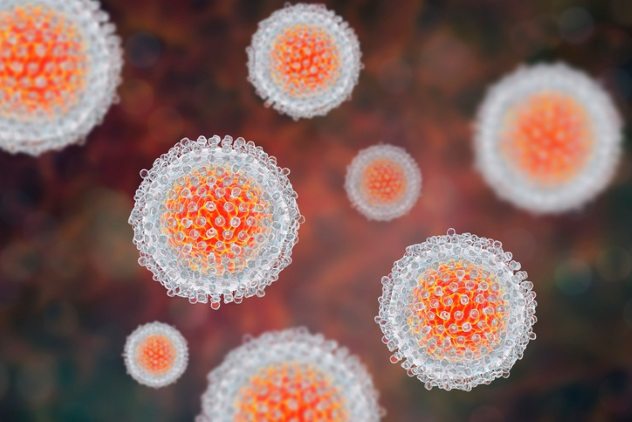 Congenital disorder of glycosylation 2b (CDG-IIb) has been shown to prevent viral infections such as HIV, influenza, herpes, and hepatitis C. This extremely rare disease causes resistance to viral infections by the presence of a “defective mannosyl-oligosaccharide glucosidase (MOGS), which is the initial enzyme in the processing phase of N-linked oligosaccharides.”[10]

This basically means that glycoprotein synthesis is not able to function properly. Viruses depend on proper cell glycosylation for reproduction, and because CDG-IIb patients do not have proper glycosylation, these viruses are unable to be maintained. Studies show that people with CDG-IIb responded normally to nonreplicating viruses but did not respond to live glycosylation-dependent virus vaccines. MOGS inhibitors also prevent the replication of cells infected with enveloped viruses, and this means that the viruses are unable to spread.

Read about more surprising benefits from certain genes on 10 Mutant Genes That Could Make You Superhuman and 10 Amazing Powers From Rare Genetic Mutations.