10 Most Thrilling Adventures Of Florida Man

This is a list that looks at the stupendous escapades of the world’s most misunderstood superhero—Florida Man.

In reality, Florida Man is an Internet meme popularized in recent years that makes fun of the disproportionately large number of bizarre crimes perpetrated in the state of Florida. The idea behind the running joke is that the same person (Florida Man) is responsible for all of them.

Whether the state’s reputation is actually deserved or is simply a consequence of its large population and the generous Freedom of Information laws is a matter of debate for another time. We’re just here to find out what Florida Man’s been up to over the last few years.

10 Florida Man vs. The Karate Swans 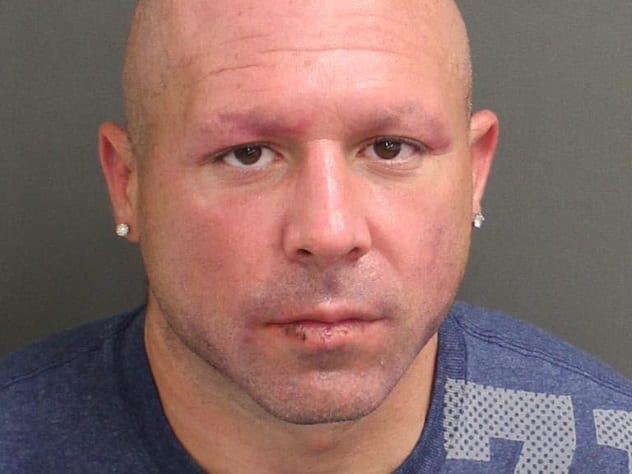 Everyone knows that Florida Man is a master of hand-to-hand combat. But that expertise doesn’t just happen; it takes years of practice. Unfortunately for our intrepid superhero, he got in trouble when he used birds as his sparring partners.

In April 2018, Florida Man Rocco Joseph Mantella was arrested for “practicing karate” on swans in Lake Eola Park in Orlando. According to eyewitnesses, he kicked two swans in the head and another in the rear. He even unleashed his feet of fury on a small duck that was sleeping.

Other people in the park called the police, who came and arrested Mantella without incident. He was charged with one count of cruelty to animals.[1]

9 Florida Man And The Billion-Dollar Boondoggle 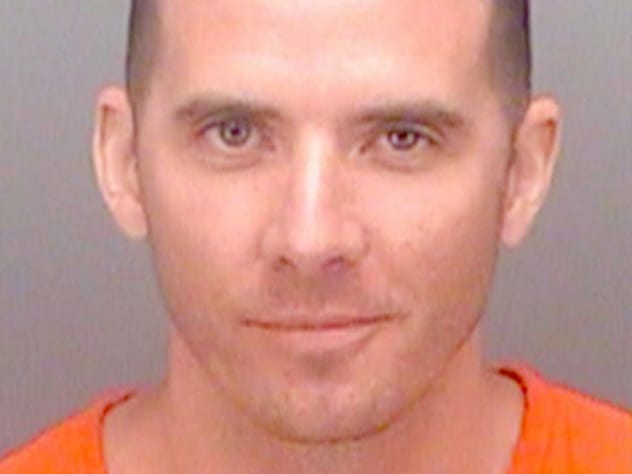 In the same vein as other classic superheroes like Batman and Iron Man, Florida Man is a billionaire playboy on his off days. At least, he wants to be. And so does Jesus, according to one man who made fraudulent wire transfers totaling over $7 billion.

Back in December 2016, John Michael Haskew from Lakeland, Florida, attempted to take billions of dollars from an unnamed bank by scheduling over 70 wire transfers using a bank routing number that wasn’t his.

Unsurprisingly, people noticed when that kind of money was in play, and Haskew was arrested and charged with making a false or fraudulent statement to a department or agency of the United States. Haskew defended his actions, claiming that Jesus Christ created wealth for everyone, and all he was trying to do was to get the wealth that belonged to him.[2] 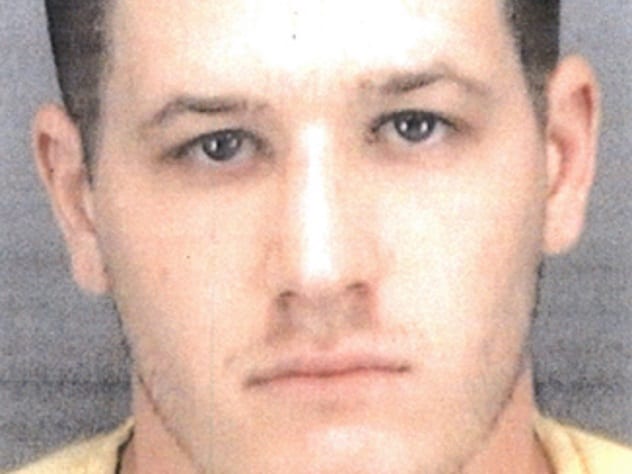 Florida Man knows never to walk into a situation unprepared, so he always does his homework beforehand. If he were to rob a bank, for example, he would google how to do it first.

In defense of William Johnson, it worked. In October 2017, Johnson searched Google for instructions on “how to rob a bank.”[3] He then went to the Achieva Credit Union in Largo, Florida, and handed the teller a note saying, “give me money, no bait, I have gun.” He left the bank with $2,000 and was reported within minutes, going into a Publix supermarket to buy food, drinks, and lotto tickets.

By that afternoon, police had identified Johnson after multiple sources recognized him from the surveillance photos posted on Facebook, including his mother. He was soon arrested and confessed to the deed, admitting that he was already contemplating robbing another bank because he’d spent the money.

7 Florida Man And The President 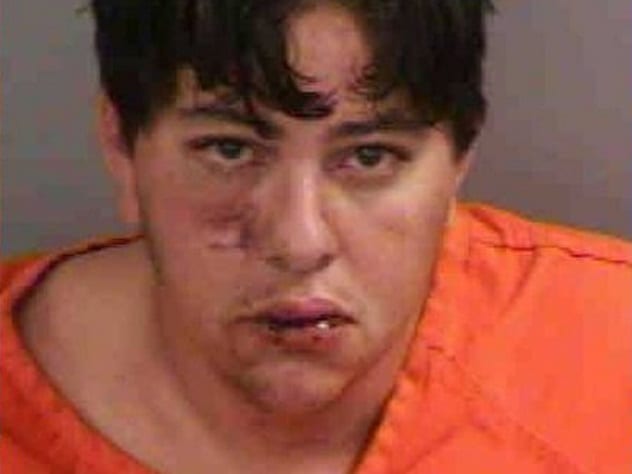 Like any sensible superhero, Florida Man maintains a good relationship with local law enforcement and doesn’t hesitate to call on his brothers in blue for assistance, even when it’s against himself.

In 2017, a man named Aric Frydberg started a police chase in Ochopee, Florida, after officers spotted a bag of weed in his car. During the chase, Frydberg called 911 and asked for help because there was a police officer chasing him.

The dispatcher tried to calm him down and told the driver to pull over and follow the cops’ instructions. Instead, Frydberg asked them to call his mom. When this failed, he requested to speak to President Donald Trump because he was a “close friend” and they’d “made a deal.”[4] Surprisingly, this tactic didn’t work, either, so Frydberg backtracked a bit and claimed he was rushing because his mom called and said she was involved in a car accident.

After about 11 kilometers (7 mi), the call went quiet as the police managed to stop the speeding car. Frydberg was arrested on multiple charges, including resisting an officer and tampering with evidence. 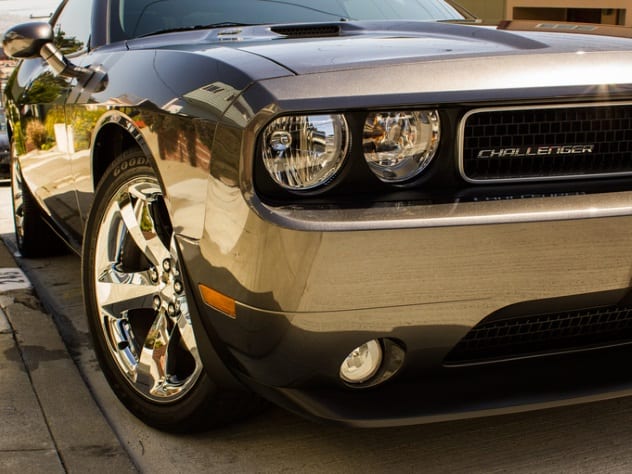 Florida Man possesses many incredible powers, such as the ability to travel through time. However, he gets it wrong every now and then and occasionally crashes into a building.

That was the case in December 2015, when an unidentified Florida Man plowed his Dodge Challenger off the highway and into a strip mall in Pensacola. He managed to get hurled through the center of the building and came to a stop right as he reached the double doors at the back entrance. He took out the offices of Advance Tax Services and Pensacola Caskets.[5]

Of course, being the mighty superhero that he is, Florida Man walked away unscathed, although he was still taken to the hospital for a checkup. When asked why he did it, the driver simply said that he wanted to “time travel.”

5 Florida Man And The Crooked ATM 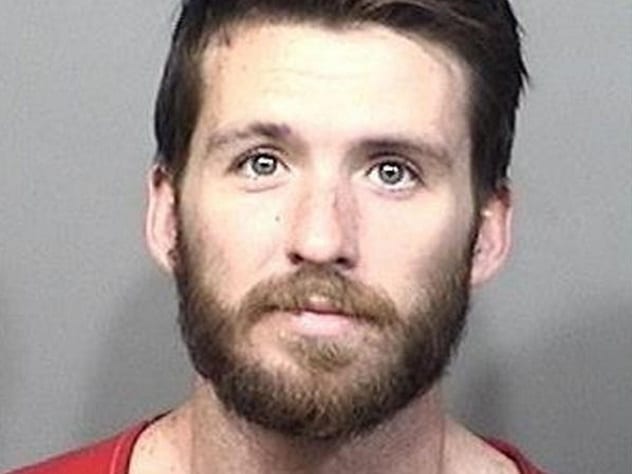 Florida Man is honest and will go to great lengths to confront anyone (or anything) that would besmirch his honor. This includes, but is not limited to, fighting an ATM for giving him too much money.

In 2017, 23-year-old Michael Joseph Oleksik started assaulting an automated teller machine from a branch of Wells Fargo Bank in Cocoa, Florida. He was identified from video surveillance, which showed Oleksik pummeling the ATM and causing around $5,000 in damage.[6]

Oleksik was arrested in December. According to the arrest report, he attacked the ATM because it angered him after giving him too much cash. He was in a hurry to get to work and didn’t know what to do, so he lashed out at the bank machine. 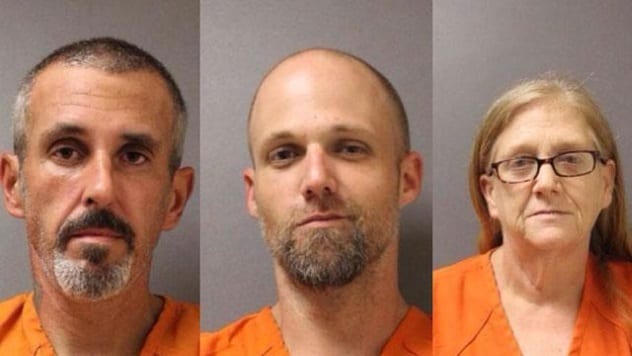 As the old saying goes, “The family that cooks meth together, stays together,” and nobody knows the importance of strong family values better than Florida Man. He was so happy with the results that he even apprised authorities by accidentally butt-dialing 911.

In October 2014, a dispatcher from Volusia County fielded an emergency call. As nobody answered on the other end, it soon became clear enough that it was the result of a butt-dial. Even so, people were talking in the background, and they were saying things that piqued the dispatcher’s interest. They were mostly about selling meth. The 911 operator could also hear something bubbling as if it was cooking.

The call was traced, and deputies were sent to the house. The dispatcher stayed on the line for almost 28 minutes without anybody on the other end noticing. When the officers arrived, they noticed meth-making materials in plain view and white smoke coming out of the shed. To nobody’s surprise, they found an active meth lab inside and arrested the occupants. They were 32-year-old Jason Knope (center above), his mother Donna, and 41-year-old Thomas Stallings.[7]

All three were charged with the manufacture and possession of methamphetamine with intent to sell. It was never established which one of the trio butt-dialed the cops. 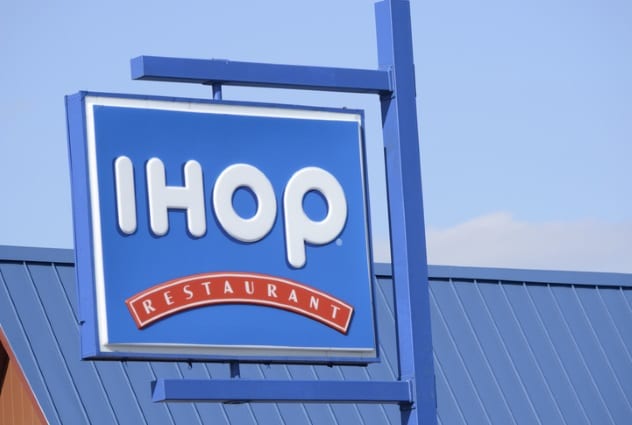 Florida Man is a master of disguise. He can blend seamlessly into a crowd and easily slip in and out of the characters he plays. Even so, his shrewdest opponents can, occasionally, see through his camouflage. In such cases, our intrepid superhero uses distraction tactics to confuse his foes. That was the case at an IHOP, where Florida Man posed as a police officer and flashed his butt to a server who refused to grant him a free meal.

In 2014, 55-year-old Matt Skytta entered an International House of Pancakes in Orlando and placed an order. When asked for money, Skytta said he was a cop and flashed an Orlando PD insignia. Therefore, he should receive food for free.

Florida Man didn’t react well when he found out that police officers still had to pay. At first, he said he wouldn’t move until they fed him. Afterward, Skytta threatened the IHOP server with violence. As a final gambit, he shouted “Hey buddy!” at the employee before dropping his pants and exposing his buttocks.[8]

2 Florida Man Gives To The Needy 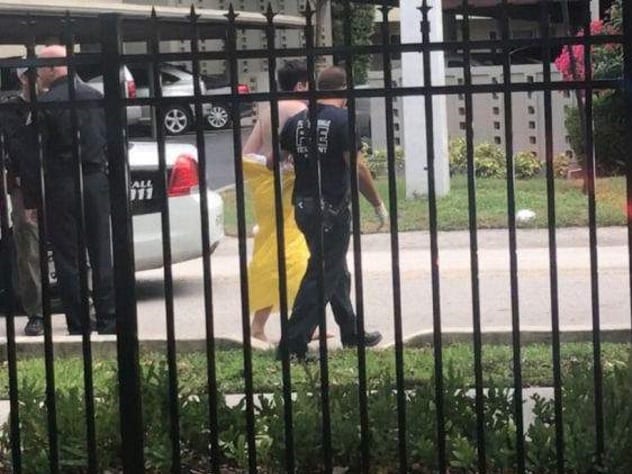 There was a time when Florida Man experienced a crisis of confidence and thought he was Robin Hood for a moment. Turning to the old adage of “take from the rich and give to the poor,” he robbed a bank and threw away the money as he ran down the street. He was also naked.

In July 2017, 25-year-old Alexander Sperber from Fort Lauderdale woke up one Tuesday morning and decided he wanted to become a comedian.[9] Apparently, the best way for him to achieve his new goal was to rob a bank.

He parked outside the building, walked to the till, made a gun motion with his hand, and demanded money. The teller gave him $4,700 in a bag which also contained a dye pack. The pack exploded and covered Sperber in red dye. This turned out to be just a mild inconvenience immediately solved by stripping naked. The criminal then proceeded to run down the street, throwing the stolen money into the air.

Unsurprisingly, Sperber was soon apprehended. A year later, he was actually declared not guilty by reason of insanity.

1 Florida Man vs. The Hologram Kidnappers 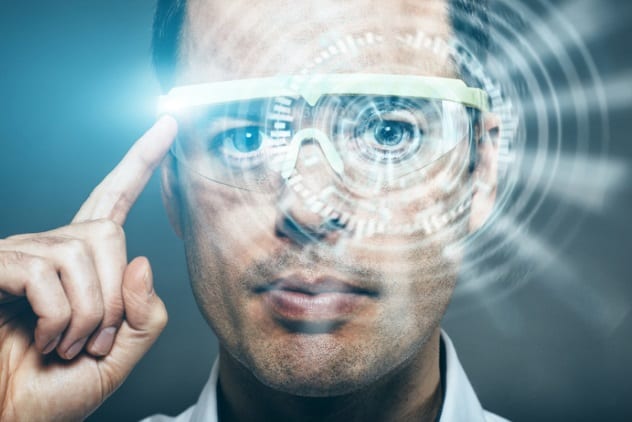 Like any compelling superhero, Florida Man has an exciting rogues’ gallery, and it includes kidnappers who use holograms.

In 2014, Martin County deputies investigated a disturbance at a trailer park. There, they found a 53-year-old unidentified Florida Man who was in a panic because some ruthless criminals had kidnapped his wife. When asked how the intruders did that, he revealed that they had holograms which they projected onto walls to communicate with each other and also to get him to do their bidding.[10]

Officers were able to contact the missing woman, who was actually in her aunt’s trailer a few lots down. The aunt confirmed that the woman also saw these mysterious criminals, along with other imaginary people and animals. On a completely unrelated note, the property manager said that sheriff’s deputies visited the couple once before, following reports that they were behaving oddly after smoking meth.

Read about more wacky criminals on 10 Bizarre Things Criminals Did To Evade The Police and 10 Criminals Who Butt-Dialed Police On Themselves.

10 Most Thrilling Adventures Of Florida Man