We all know the Mayflower as the famous ship that transported the English Puritans to America. The ship was at sea for 66 days before arriving and carried about 130 passengers and crew.[1] Today, we refer to the colonists who made the trip across the Atlantic Ocean on the Mayflower as the Pilgrims.

The passengers of the Mayflower consisted of servants, laborers, doctors, wives, children, and more. We don’t know much about the people who were on board the ship, but some documents have been recovered to give us a small glimpse into their lives. From what we do know about them, here is a list of ten of the most interesting passengers from the Mayflower. 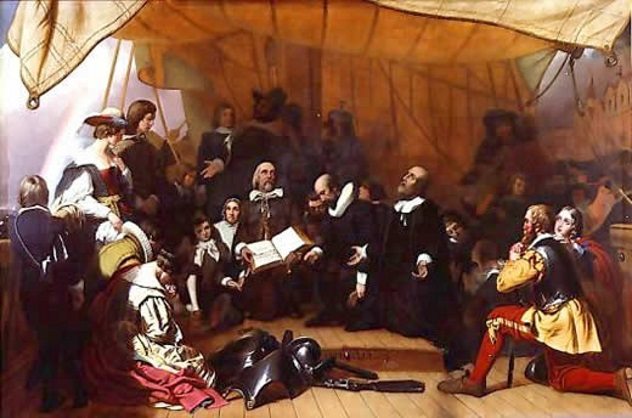 Samuel Fuller was married three times and had four children. He had two children each with his second and third wives, but his first two children died at young ages. He came over on the Mayflower in 1620, leaving behind his third wife, Bridget Lee. Bridget would come later on the ship Anne in 1623.

Fuller was a surgeon and received enough education to practice medicine. He was also a deacon in his church and was a member of the Separatist community in Leiden. Later in his life, he helped lead discussions about the practices of the Plymouth church, which would lead to the founding of the Salem church. In 1633, he served as a Plymouth tax assessor, which was also the same year that he passed away. He was at least one of ten in the Plymouth Colony who died from a smallpox epidemic.[2] 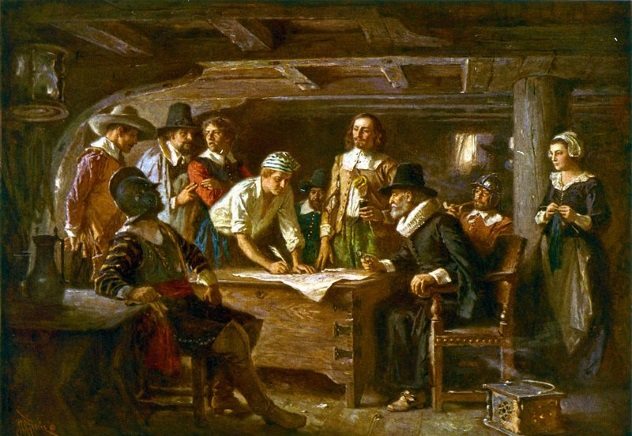 Francis Cooke was born around 1583 and was most likely from the Canterbury or Norwich areas of England. Cooke was a wool comber, and he lived in Leiden as early as 1603, which was before the Pilgrim Separatist community immigrated to Holland. His wife, Hester, and their children were members of the Leiden Walloon Church, whose beliefs were very similar to those of the English Separatists.

He arrived on the Mayflower with his oldest son, and his wife and remaining children came in 1623 on the Anne. While living the remainder of his life in Plymouth, he served on various committees, such as the committee to lay out highways. He also surveyed land, was a juror many times, and received various land grants over time. He passed away in 1663 at the age of 80.[3] 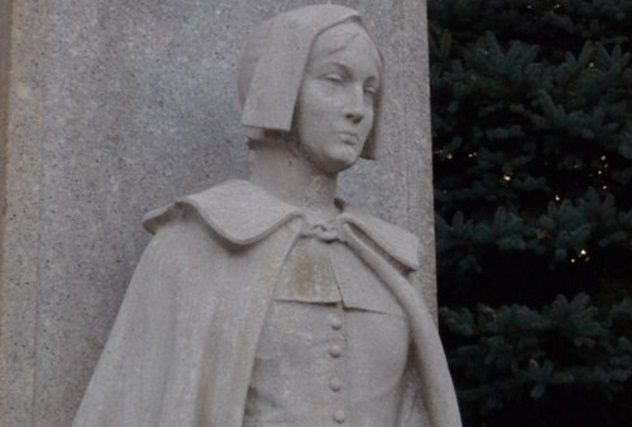 Mary Brewster and her husband William were one of the many married couples who came over on the Mayflower. They had six children together with unique names like Patience, Fear, Love, and Wrestling. Love and Wrestling traveled with Mary and William on the Mayflower, and the other children traveled a couple of years later on the ships Anna and Fortune.

The most interesting thing about Mrs. Brewster is she beat the odds several times. She was one of only five adult women to survive the first winter and one of only four women to survive to see the First Thanksgiving. She would later die in 1627 at the age of 60, and her husband lived another 17 years before dying.[4] 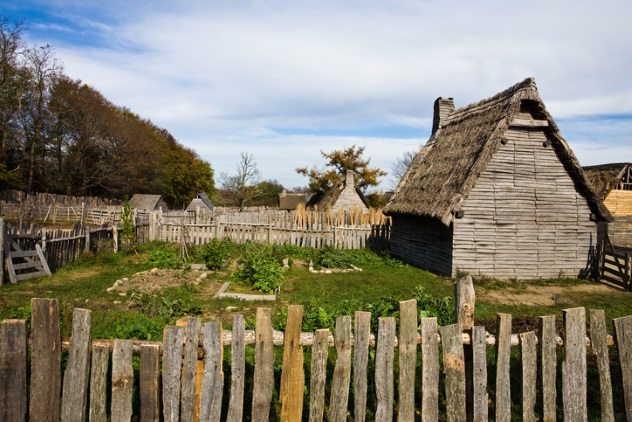 When the Mayflower made its voyage, William Latham was only 11 years old and traveled as a servant/apprentice of John Carver’s family. Carver passed away in 1621, and Latham would finish out his service with William Bradford. There are records that show that Latham was still at the Bradford household at the time of the Division of Cattle in May 1627.

Latham was no stranger to the Plymouth Court. He was once fined 40 shillings for the “entertaining of John Phillips into his house contrary to the act of the Court” and for “lavish and slanderous speeches.” After not being able to pay the entire fine, Latham was ordered to not depart Plymouth Colony without first obtaining a license. He finished paying the debt about a month later.

In 1639, Latham sold his home and property in Duxbury to move to Marblehead, which was in the Massachusetts Bay Colony. His house was accidentally burned down in 1645, and that is the last record of him being in the Colonies. He returned to England and took a trip to the Bahamas shortly after, but he and the entire group died of starvation.[5] 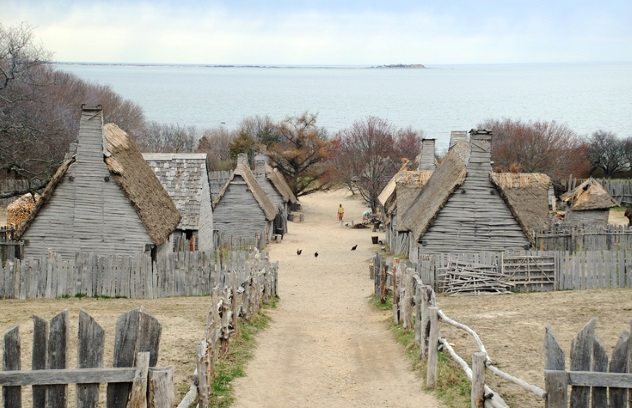 Peter Browne was not a part of the Leiden Separatist community, but he did come over on the Mayflower as a single man. Records indicate that he was neighbors with a man named John Goodman, who also came over on the Mayflower. One morning, they were cutting thatch for roofing purposes when their two dogs wandered into the woods to chase a deer. Peter and John went searching for the dogs but quickly got lost. After spending the afternoon in the rain, they decided to sleep in a tree. They spotted the bay on their next day of searching and were able to lead themselves back to the colony.

In 1626, Browne married Martha Ford, who was one of the few women to come over on the ship Fortune. He had two children with her before she quickly passed away. He then married a woman named Mary and had two children with her as well. In 1633, there was a general sickness that swept through the colony, and that is most likely what claimed the life of Peter Browne. His estate showed that he owned 130 bushels of corn, six goats, one cow, eight sheep, pigs, and many other things. Peter and his brother were weavers, which is the reason he had more sheep than anyone else in Plymouth.[6] 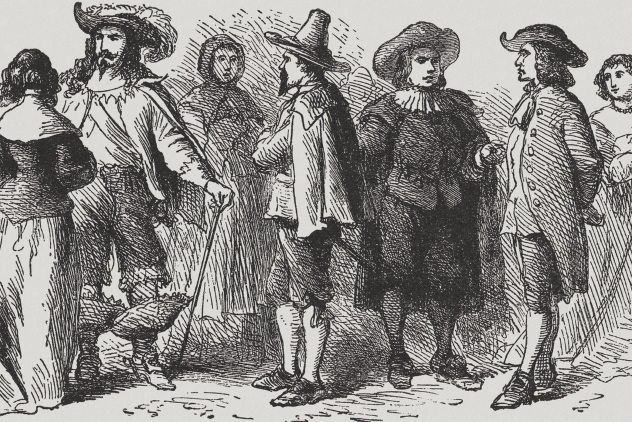 Richard Warren was a wealthy man from London, and he traveled alone on the Mayflower. His wife and five daughters came over on the Anne in 1623, and Richard and his wife had two sons who were born in Plymouth. He received his land in the Division of Land in 1623, and his family shared in the 1627 Division of Cattle. Richard died the next year in 1628.

His wife outlived him by 45 years, and all of his children survived into adulthood, married, and created large families. This means that Richard Warren is one of the most common passengers of the Mayflower to be descended from. Some of the most notable descendants of Richard Warren include Ulysses S. Grant, Franklin D. Roosevelt, and Alan Shepard Jr.[7] 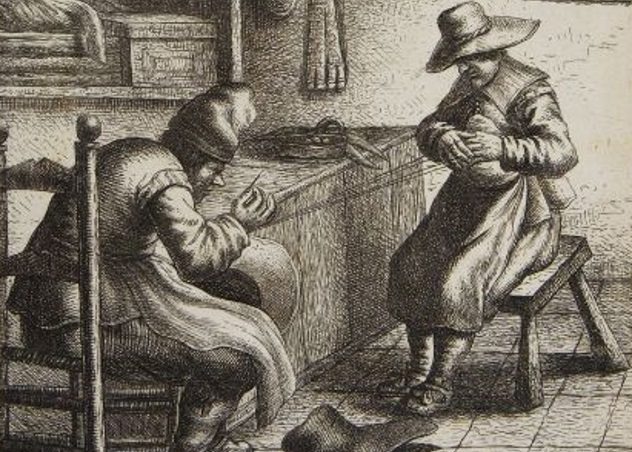 Degory Priest was born in England and was one of the earliest people to arrive in Leiden. He became a citizen of Leiden in 1615 and was a hatter with other members of the Leiden congregation. In 1617, Degory was involved in an altercation with a man named John Cripps, who was allegedly having an adulterous affair with the wife of another man. Degory’s friends signed an affidavit stating that he didn’t hit Mr. Cripps but only “touched his jabot,” which is the frilly part of one’s shirt.

Degory’s wife, Sarah, was the sister of another Mayflower passenger, Isaac Allerton. They had two daughters named Mary and Sarah. Degory traveled alone on the Mayflower with plans to send his wife and children over soon after. Those plans were never carried out, though, because he died during the first winter. His wife would remarry to a hatter who worked with Degory, and they would come over on the ship Anna.[8] 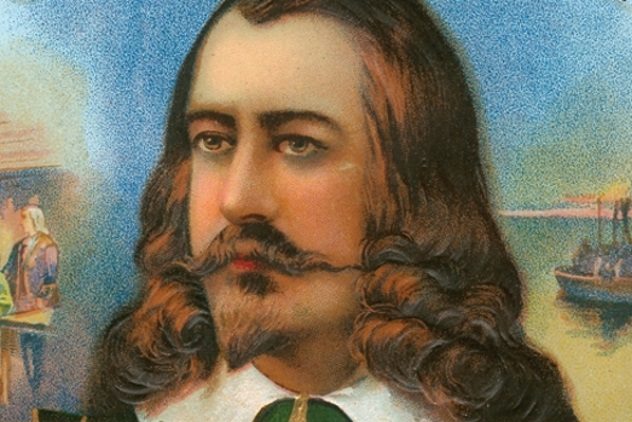 One of the most prominent members in the Pilgrims’ church in Leiden was John Carver. He served as a deacon for the Leiden congregation and was a representative to help move their church to America. John Carver and Robert Cushman went to England together to negotiate with the Virginia Company and organize the business of moving the church.

Carver came over on the Mayflower as acting governor of the ship, and he was also elected the first governor of the colony. He also took part in an exploratory expedition on Cape Cod, which resulted in the “First Encounter.” He and his wife both voyaged to America on the Mayflower, but their two children died young before the trip. Carver served as the governor until his death in April 1621. His wife died just a few days later of a supposed “broken heart.”[9] 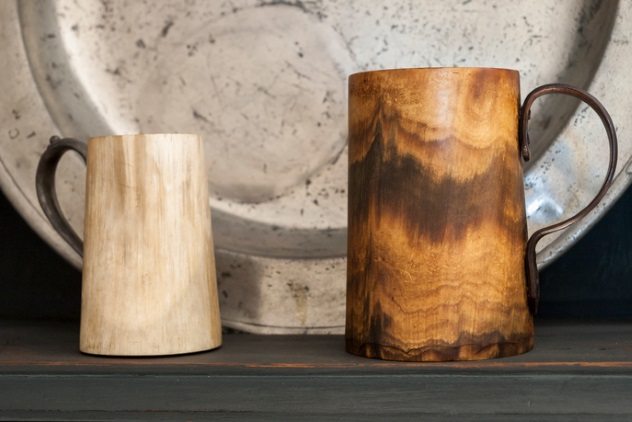 In 1609, Stephen Hopkins boarded the ship Sea Venture to Jamestown, Virginia, but the ship wrecked in Bermuda. Hopkins, along with the other passengers and crew, were stranded for ten months and survived on turtles, birds, and wild pigs. While stranded, he and others organized a mutiny against their governor. When the mutiny was discovered, Stephen was sentenced to death. He pleaded with sorrows and tears and somehow managed to get his sentence commuted.

The castaways built a small ship soon after and sailed to Jamestown. While Hopkins was in Jamestown, his first wife passed away, leaving behind their three children. When he returned to England, he married Elizabeth Fisher, and they had seven children together. They would all travel together on the Mayflower to America. Since Hopkins had been to Virginia before, he was a part of nearly all exploring missions and helped communicate with the Native Americans.

He served as a governor’s assistant for many years and volunteered for the Pequot War of 1637. He opened up a shop that served alcohol, which would eventually lead to trouble for him. After getting into a fight and seriously wounding his opponent, Stephen was fined for allowing drinking and shuffleboard playing on Sunday. He would also be fined later for allowing people to drink excessively, selling beer at twice the actual value, and selling a looking glass for twice what it was worth. He would later die in 1644.[10] 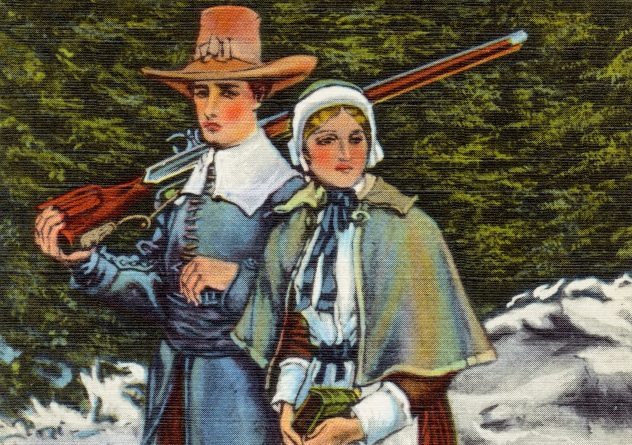 John Alden was hired to be a barrel maker for the Mayflower ’s trip to America. He was given the option to return to England or stay, and he chose to stay in America. About two years after arriving, he married a woman passenger of the Mayflower, Priscilla Mullins. They would end up having ten children together.

He was elected as an assistant to the governor and slowly became a prominent member of the community. He was involved in a fur trading dispute that would lead to a double murder. He was held for questioning, but they had no authority to detain him.

He would later help found the town of Duxbury, and they started building houses as early as 1629. He served as deputy to the Plymouth Court, served in several committees, sat on several councils of war, and served as a colony treasurer. In 1653, he built the Alden House, which is still standing today. He died in 1687 at the age of 89 and was one of the last surviving passengers of the Mayflower.[11]

Read more about the colonization of North America on Top 10 Facts That Change How You See The Story Of The Mayflower and 10 Horrifying True Stories From The Lost Roanoke Colony.