DNA is present in every living thing, including humans. It carries our genetic information, passing our traits onto the next generation. It also allows us to trace our origins down to our earliest ancestors.

It also works the other way. By analyzing the DNA of ancient humans and prehumans and comparing it with ours, we are able to discover more accurate information about our origins. The following are but some of the many things science has learned from studying ancient DNA.

10 Humans Are Descended From A Single Man And Woman 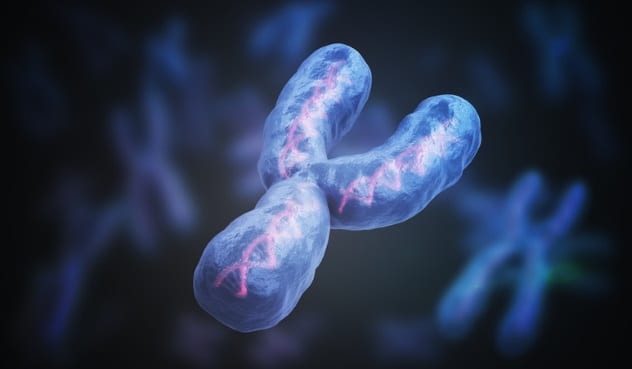 According to the Holy Bible, every human is a descendant of Adam and Eve, the first humans to ever live on Earth. Science partly backs this theory, albeit with some interesting differences. First, the scientific versions of Adam and Eve were not the first humans ever. Second, we’re not their direct offspring. Instead, every man is descended from the man, and every woman is descended from the woman.

Scientists concluded that Y-chromosome Adam was the ancestor of all men after sequencing the Y chromosome of 69 men from seven different ethnic groups. For mitochondrial Eve, they tested the mitochondrial DNA from the 69 men as well as 24 other women. However, the timeline for Y-chromosome Adam is debated, since other studies have concluded that he could have lived between 180,000 and 200,000 years ago or even from 237,000 to 581,000 years ago.[1] 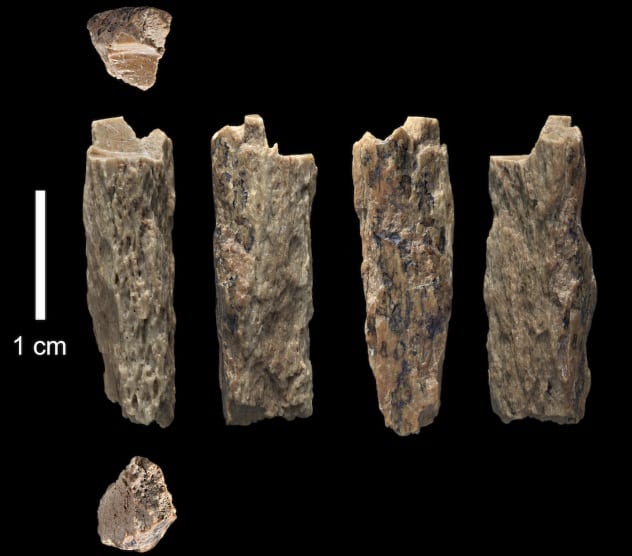 In 2012, archaeologists unearthed a bone fragment from Denisova Cave in Siberia. The bone was part of the shin or thigh of an ancient human they named Denisova 11. DNA tests subsquently revealed that Denisova 11 was female, lived around 50,000 years ago, and was over 13 years old at the time she died. She was also a hybrid of two species of early humans: the Neanderthal and the Denisovan.

Scientists know Denisovans and Neanderthals separated 390,000 years ago. However, they never knew they interbred prior to this discovery. DNA tests also indicated that Denisova 11’s Neanderthal mother was more closely related to Western European Neanderthals than to a Neanderthal that had lived in Denisova Cave at an earlier point in prehistory.[2]

8 Tibetans Are Descendants Of The Denisovans 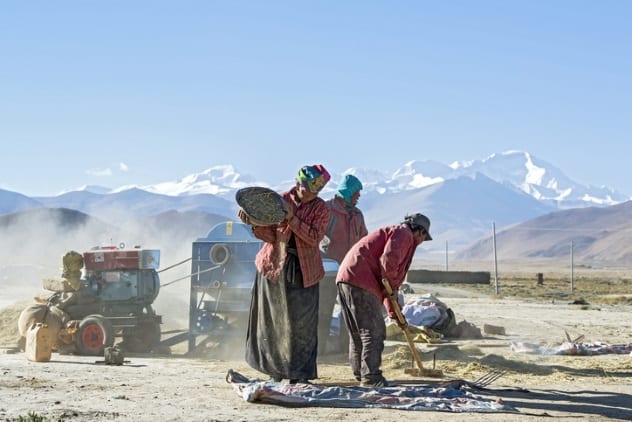 Speaking of interbreeding, DNA tests have proven that Tibetans are descendants of the Denisovans. This does not mean Tibetans are Denisovans; they are Homo sapiens. One of their Homo sapien ancestors just happened to mate with a Denisovan.

Scientists discovered this when they compared the genomes extracted from Denisova 11 with the genomes of 40 Tibetans. They discovered that the Tibetan EPAS1 gene was similar to Denisova 11’s EPAS1 gene. The EPAS1 is found in all humans. It is responsible for managing our body’s natural response in low-oxygen environments.

Our bodies naturally produce more hemoglobin to transport oxygen to our tissues when there is not enough oxygen. While this ensures our survival, it also puts us at risk of heart problems. However, Tibetans have a mutated EPAS1 gene. Their bodies do not produce more hemoglobin when short of oxygen. This is why they are able to live at high altitudes, where oxygen is low.

Scientists suspect the ancestors of the Tibetans got the gene when one of them mated with a Denisovan between 30,000 and 40,000 years ago. However, scientists have not confirmed whether the mutated EPAS1 gene also allowed the Denisovans to cope at high altitudes as it does for the Tibetans.[3]

7 The First Brits Were Black 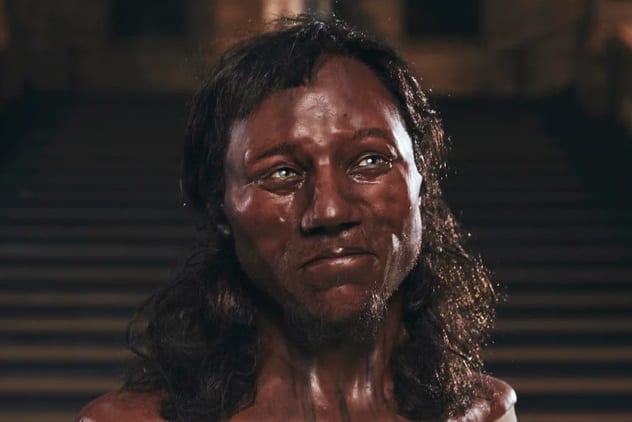 In 1903, scientists uncovered the 10,000-year-old remains of a British man in a cave in Cheddar Gorge, Somerset, England. A 2018 DNA analysis of the man, who they call the Cheddar man, revealed that he had either dark brown or black skin, with curly black hair and blue eyes.

Considering that he is the oldest complete human skeleton ever found in Britain, this means the earliest Brits were black. Interestingly, in the 1990s, Professor Brian Sykes of Oxford University tested 20 people in Cheddar village and compared their DNA with that of Cheddar man. He discovered that two people were descendants of Cheddar Man.[4]

6 King Richard III Of England Was A Hunchback 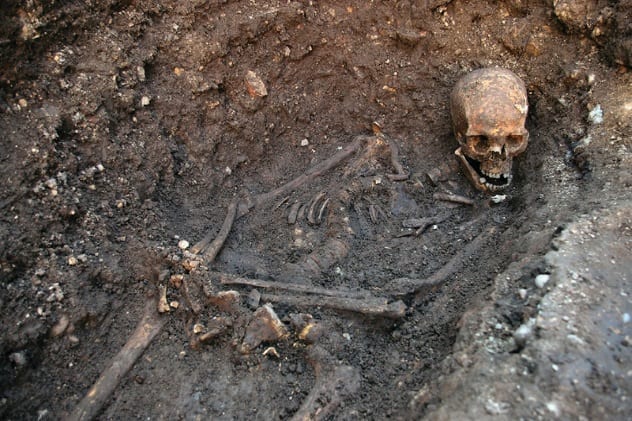 In 2012, archaeologists from the University of Leicester started digging at a car park in Leicester. The parking lot was the site of the former church of the Greyfriars, where King Richard III was supposedly buried. They found the remains of the monarch there, making Richard III famous for being the king whose remains were found under a car park.

Scientists confirmed that the skeleton truly belonged to the king when they tested its DNA against that of a living relative. The skull also had damage which matched fatal head injuries King Richard III sustained during the Battle of Bosworth. They also found something else. His spine was curved. This meant that the king truly was a hunchback—a fact historians had deliberated on for years.[5] 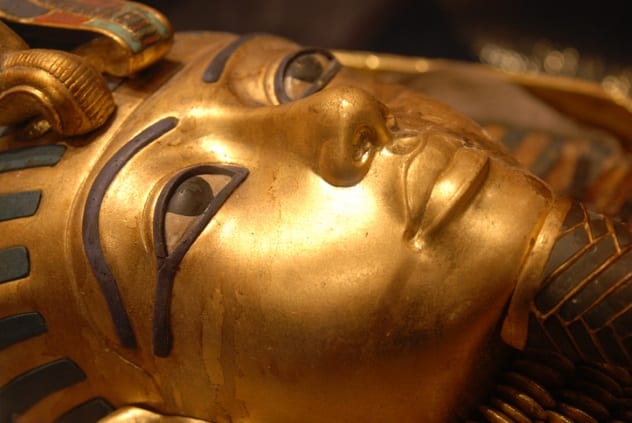 King Tutankhamun remains one of the most famous pharaohs to rule over Egypt. He started ruling when he was just ten and died around 1324 BC, when he was just 19. Archaeologists excavated his tomb in 1922. Surprisingly, they found it intact—complete with precious stones including gold.

Physical analysis of King Tut’s remains showed that the king did not enjoy his short life. His left leg was deformed, forcing him to walk around with a cane. In fact, 130 canes were found in his tomb. Further DNA analysis showed that his deformed leg was the result of inbreeding. He also suffered from a bout of malaria, which would have stopped the deformed leg from healing. 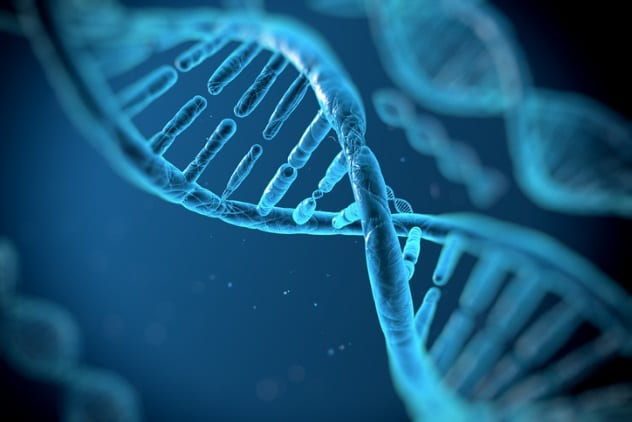 The Clovis people are believed to be the first settlers of America. They reached North America 13,000 years ago, moved to South America 11,000 years ago, and disappeared 9,000 years ago. However, in 2018, DNA tests on ancient humans revealed that the Clovis culture were not the first people to settle in the the Americas.

Interestingly, archaeologists already have evidence that some unidentified culture lived in Monte Verde, Chile, 14,500 years ago. A 12,800-year-old set of human remains found in South America is believed to have belonged to this tribe, since it does not share DNA with Clovis people.

3 Columbus Did Not Introduce Tuberculosis To The Americas 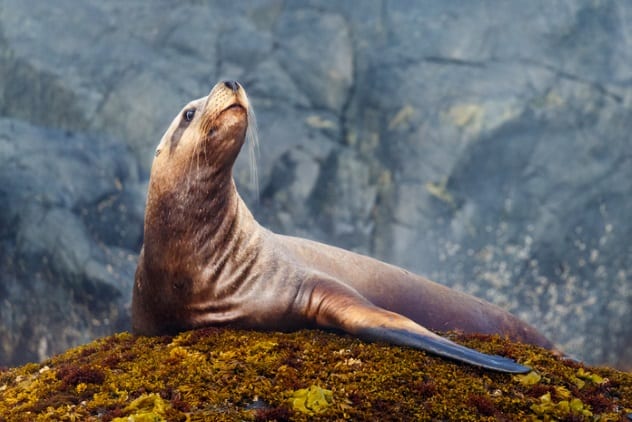 It is often said that Christopher Columbus’s voyage introduced several deadly diseases, including tuberculosis, to the Americas in the late 15th century. These diseases ended up killing 90 percent of the Native American population. However, DNA tests tell otherwise. Seals introduced tuberculosis to the Americas long before Columbus arrived.

Scientists made this discovery when they analyzed three sets of human remains from Peru. The people are believed to have died 1,000 years ago—500 years before the arrival of Columbus. DNA tests revealed the strain of TB they had is closest to the strain found in infected seals and sea lions.

Europe, Asia, and Africa were experiencing deadly tuberculosis epidemics at the time the Peruvians died. Scientists suspect seals and sea lions somehow got infected during one of the epidemics in Africa and unwittingly took it along when they migrated to the Americas. The Peruvian natives contracted the mutated strain of tuberculosis when they hunted the seals and sea lions for food.

This does not mean that Columbus and his men were completely innocent, however. For all we know, they probably still introduced the deadlier European tuberculosis to the Americas. The tuberculosis in America today is of European origin.[8]

2 Descendants Of The Vikings Are At Risk Of Emphysema 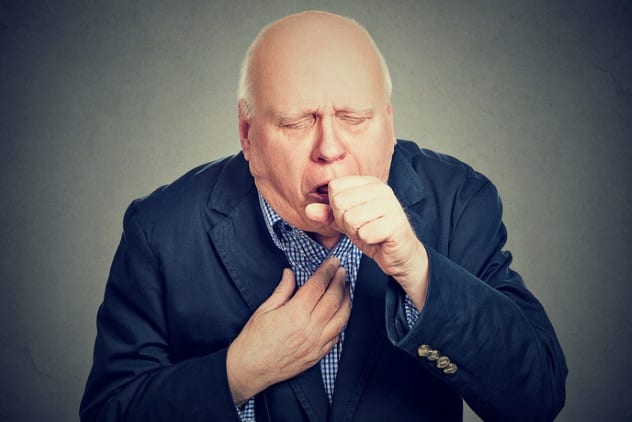 A 2016 paper by researchers led by the Liverpool School of Tropical Medicine revealed that Viking descendants have a higher-than-usual risk of developing a serious lung problem called emphysema. Normally, smokers are the likeliest to suffer from emphysema.

Analysis of a Viking-era latrine in Denmark showed that the Vikings suffered from worms so much that their alpha-1-antitrypsin (A1AT) inhibitor gene mutated to stop the enzymes of the worms. The human body naturally produces inhibitors (including A1AT) to stop powerful enzymes secreted in our bodies from digesting our organs.

1 Malaria Contributed To The Fall Of Ancient Rome 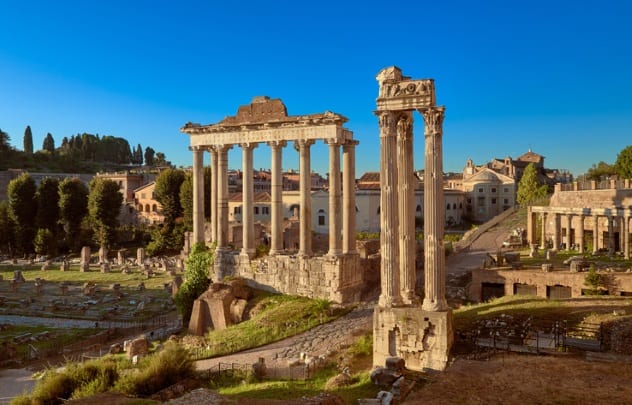 The oldest of the children of Lugnano, as they are called, was just three years old. All died and were buried around the same time. More than half died before they were born. They were victims of one of a series of malaria plagues that ravaged ancient Rome and stopped farmers from going to their farms. However, the worst-hit was the army, which couldn’t mass enough soldiers to repel foreign invaders.[10]