In the United States, Hurricane Harvey unleashed a series of the nation’s most devastating floods. 35,000 sought refuge in shelters as thousands of homes were submerged beneath ravaging floodwaters that covered up to 30 percent of Texas’s Harris County, home to 4.5 million people. As of August 30, 2017, 38 people were dead.[1]

As horrific as this storm and its floods have been, the world has witnessed far worse deluges, some of which claimed victims numbering in the millions and property losses assessed at billions of dollars. As a result of some of these floods, hundreds of square miles of once-rich farmland were forever ruined, whole cities and villages were destroyed, and entire coastlines were reconfigured. These top ten killer floods are unlike any others, past or present. 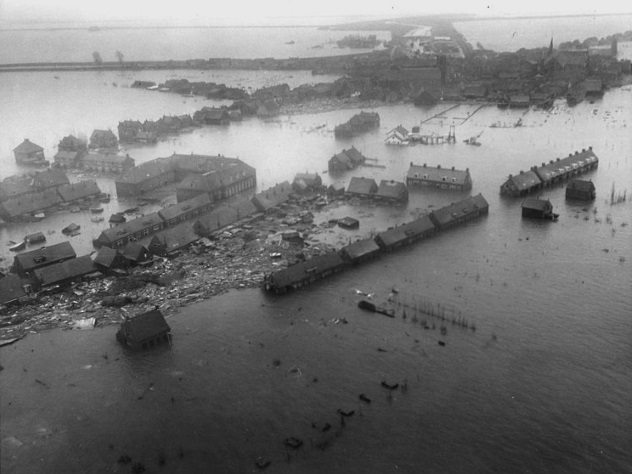 Although the North Sea flood mostly struck elsewhere, it also affected the Irish Sea, off England’s west coast. In January 1953, rising waters sank the Princess Victoria, a passenger ferry whose captain dared to attempt a crossing of the Irish Sea, despite a gale warning. Although 133 of the ferry’s 179 passengers and crew members lost their lives, the Princess Victoria was only the first casualty of the cyclone that caused the massive flood.

In the Netherlands and Belgium, sea barriers had fallen into disrepair as a result of World War II, and early warning systems left much to be desired. In Great Britain, such systems were better, but the storm swept past the island during the night, when radios were silent and people were asleep.

The floods, their destruction, and their costs were tremendous. Hundreds of thousands of acres were submerged. Tens of thousands of properties were destroyed or damaged, and as many livestock were killed. Lives and vessels were lost at sea. Although many people were evacuated, 307 died in England, 1,836 met their deaths in the Netherlands, 17 died in Scotland, and 22 lost their lives in Belgium. Another 230 died at sea, including those aboard the Princess Victoria.

Although the disaster led to the adoption of improved sea defenses, warning systems, and flood management, the North Sea flood, having caught four nations by surprise, was one of the ten worst floods ever recorded.[2] 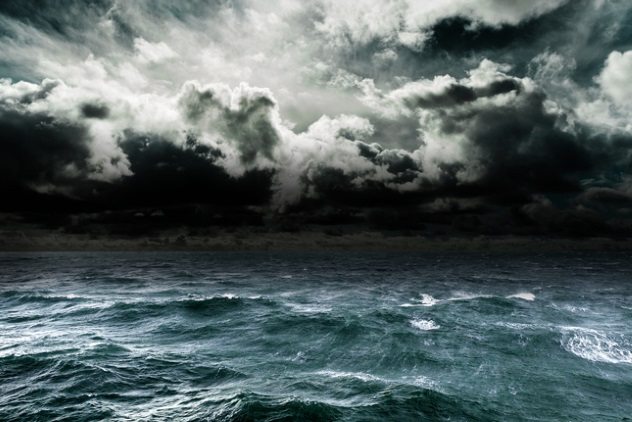 Twice in 1287, the southern coast of England was engulfed by floods. The first inundation occurred in February, as waters struck with such intensity that they altered the island’s coastline, leaving New Romney, once a seaside town, high and dry. In Hastings, the storm tumbled cliffs and half of the Norman castle into the sea, obstructed the harbor, and ended the town’s existence as a seaport. Farther down the coast, the island port of Old Winchelsea was destroyed.

In December, a storm, later called St. Lucia’s flood, surged into Holland, drowning 50,000 people. In east Anglia, 500 lives were lost. Another 180 people died in Hickling, Norfolk, but two canons who were resolute enough not to flee the flood managed to save horses and other belongings, which they took to their dormitory over the church’s vaulted crypt.[3] 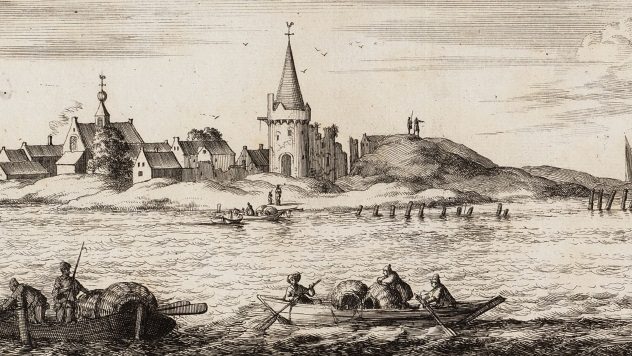 Another of the world’s worst floods, known as the St. Felix Quade Saterdagh (“Bad Saturday”) Flood, occurred in 1530. The result of a storm surge, waters swept through the counties of Kent and Essex, England, on either side of the River Thames’s estuary on the night of a full Moon, during a spring tide, breaching many dikes. Because of gale winds, the flood hit the eastern side of the estuary harder than the islands in the North Sea. As a result, many people left the area for good, both because their lands were ruined and because they wanted to avoid paying “ruinous dike dues” to repair and maintain the sea barriers.[4]

The flood also devastated other parts of Europe, especially Zeeland, a province in the Netherlands, large parts of which were altogether obliterated. The flood’s devastating effect was aided by Zeeland’s extraction of peat and by its poorly maintained dikes. Eighteen villages were flooded and destroyed. Although attempts were made to recover the Zuid-Beveland portion of Zeeland, the project proved impossible. Reimerswaal, Zeeland’s third-largest city, was completely destroyed. All told, St. Felix’s Flood was responsible for 100,000 deaths. 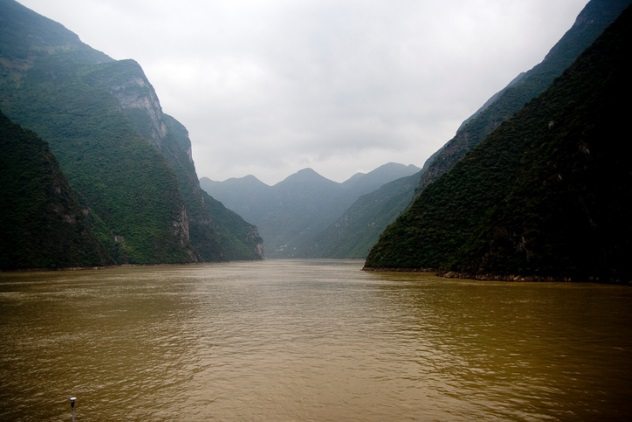 Early 20th-century China suffered a decade of famine and social upheaval, and it also experienced one of the world’s worst floods. The 1935 Yangtze River Flood was the fifth-deadliest deluge in the planet’s history, causing 145,000 deaths. Survivors had to deal with displacement, injuries, property and job losses, and hunger. The flood wiped out lives, houses, businesses, farms, and crops.

The Yangtze River has caused 75 percent of China’s torrential inundations. Despite this record, people persist in living along its banks. The deluges may bring death, destruction, and misery, but, since 2000 BC, the river has been vital to commerce, transportation, and farming.[5] 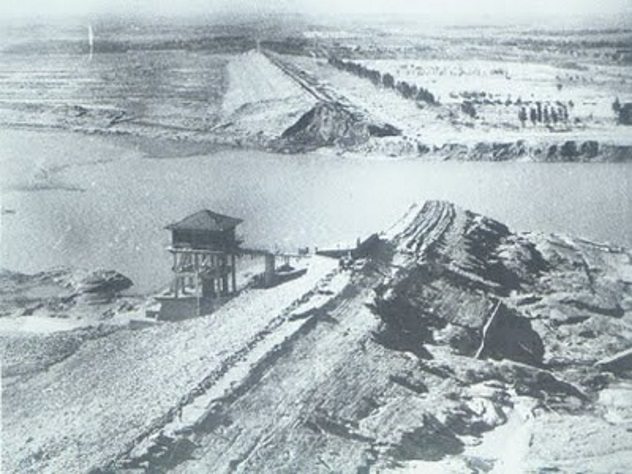 On August 8, 1975, the Ru River was rising fast. If the residents of Henan Province, China, couldn’t pile their sandbags on top of the Banqiao Dam high enough and fast enough, the torrential river would flood the region, endangering the lives of millions, destroying their property, and laying waste to much of the land.

For a moment, it seemed the workers were victorious; the flood appeared to be in retreat. A moment later, with a thunderous crash, 280,000 Olympic-size swimming pools’ worth of water shattered the dam, obliterating entire towns and killing 171,000 members of the local population. For 30 years, records about the cataclysmic event remained sealed. Only in 2005 did scholars began to examine them.

Completed in 1952 over the Huai River, the Banqiao Dam, like other barriers, was built despite hydrologist Chen Xing’s warning that too many dams and reservoirs could elevate Henan Province’s water table to disastrous levels. From the 1950s to the 1970s, hundreds of dams and 87,000 reservoirs were constructed across the country.

On the night of the Banqiao Dam flood, a typhoon encountered a cold front over Henan. Within 24 hours, rain fell so hard it killed birds in flight. In an effort to limit downstream floods, the dam’s sluice gates were only partly opened. When the storm knocked out communications, no one knew when to open the gates. When they were finally opened, it was too late: The water had risen faster than it could escape through the sluices. The dam crashed. A 50-kilometer-per-hour (31 mph) wall of water rushed toward the unprotected valley, obliterating villages and people alike in mere minutes.[6] 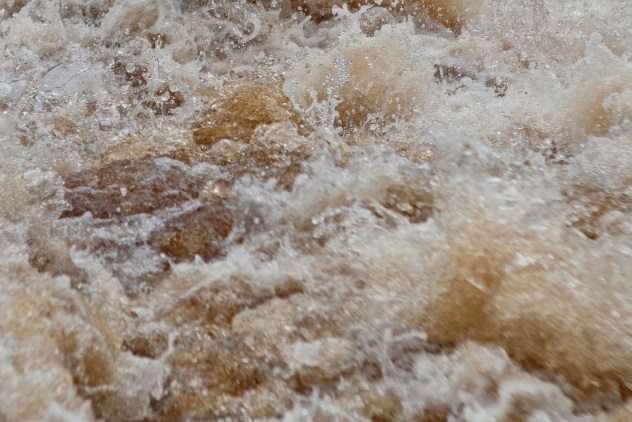 The countryside was once a fertile, green region that provided food for many and in which two million people made their homes, but the flood transformed the land into an inland sea in which neither crops, cattle, nor human beings survived.

Within an hour of its onset, the devastating flood completely swamped the city of Suchow, drowning thousands of its residents. Robbers ransacked the American Baptist Chapel near Ch’uisan. Murdering its missionaries, the band left the chapel in ruins. The waters also flooded a cemetery, unearthing thousands of coffins, which floated down the river.[7] 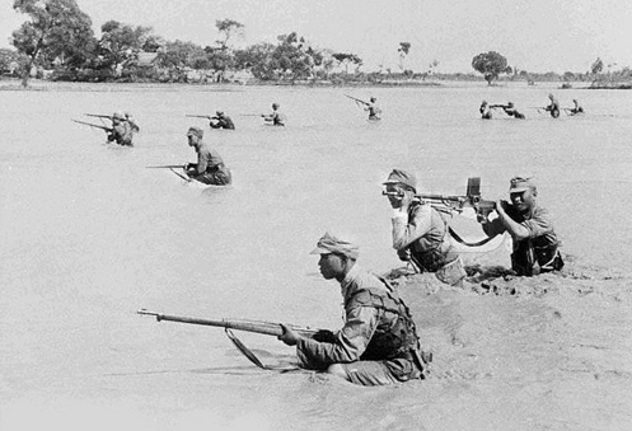 In 1938, during the conflict known in China as the Anti-Japanese War of Resistance (1937–1945), the Chinese Nationalist military had a mission: blow up the dikes on the Yellow River to prevent the advance of Japanese forces. As a result of the operation, the river swamped farmlands, displaced millions, and killed hundreds of thousands. The loss of the dike system also eliminated the region’s infrastructure for controlling the water, causing additional devastation throughout the late 1940s and early 1950s.[8]

Although the military’s mission succeeded, preventing Japanese troops from capturing Zhengzou, the river flooded 54 square kilometers (21 mi2) of farmland and killed between 500,000 and 900,000 civilians as well as an unknown number of Japanese soldiers. 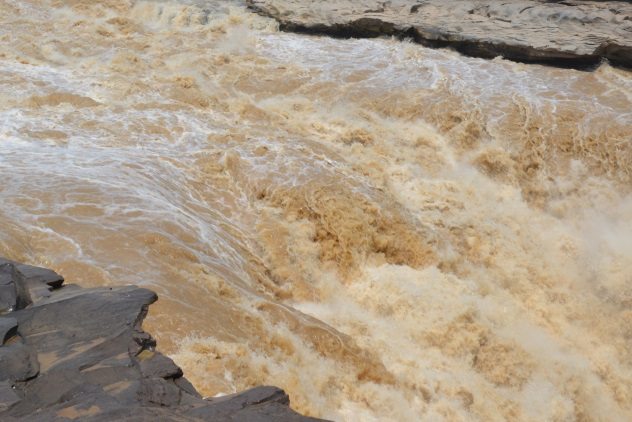 Like the Yangtze River, the Yellow River has long been susceptible to floods. The buildup of silt on the bottom of the river, its elevation, and heavy rains combine to make flooding likely, despite efforts to control the waterway.

In an attempt to prevent the river from destroying their lands and crops, farmers built dikes along either side. When rains were heavy enough, though, the river washed over the dikes, flooding the farms. Since the Yellow River originates in the mountains, whereas Henan Province is only about 180 meters (600 ft) above sea level, the flood was much more devastating than it would have been had the river not flowed down from high ground.

The worst instance of Yellow River flooding occurred in 1887, when it flooded dikes in the lowlands of Henan Province, inundating 13,000 square kilometers (5,000 mi2), wiping out 11 large towns and hundreds of settlements, leaving two million people homeless, and killing 900,000 others.

The dikes’ failures occurred near Zhengzhou, taking only an hour to form a body of water the size of Lake Ontario. City residents using rowboats sought to rescue neighbors, as many as 100 of whom perched on a single terrace, while others clung to straw barrows, stood atop rooftops, or hung onto tree branches. One desperate family set their baby adrift on top of a chest with food and a note bearing the child’s name, in hopes the infant would be rescued. This makeshift raft remained afloat long enough to accomplish its purpose, and the child was saved.

Government rescue operations persisted throughout the winter. When the water finally abated, the region resembled the Sahara Desert, large “dunes” of silt deposited by the flood replacing the rich fields that had once been there. Despite the perpetual dangers of the Yellow River’s floods, the farmers rebuilt the dikes and reclaimed their farmlands, willing to risk death and destruction because nearby volcanoes make Henan Province soils superior for agriculture.[9] 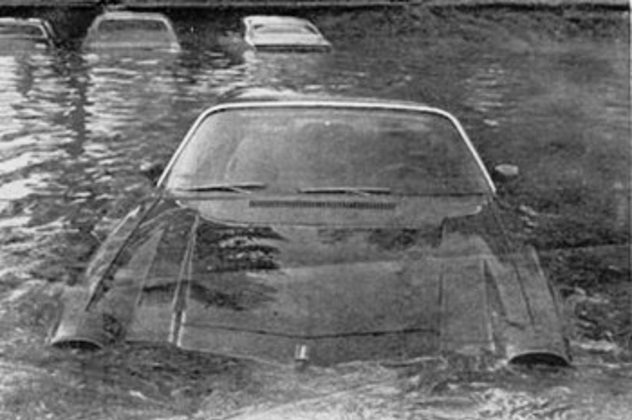 The Red River Delta is watered by the Red River, which, in turn, is fed by three tributaries: the Da, Thao, and Lo Rivers, making Vietnam’s capital city, Hanoi, like the surrounding area, subject to floods, some of which have been devastating.

The worst, to date, occurred in 1971, when, despite a dike system, upstream reservoirs, flood-diversion and retention areas, and other measures designed to protect the region against flooding, a deluge swept through the area, inundating four provinces and destroying $1 billion worth of property. According to the US National Oceanic and Atmospheric Administration, the Hanoi and Red River Flood was one of the greatest floods of the 20th century. It took the lives of 100,000 people and affected billions of others.[10] 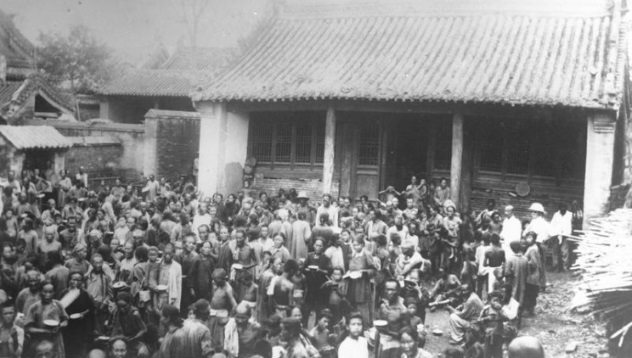 The 1931 summer floods of the Yangtze River, which occurred during July and August, were the world’s worst killer floods to date. They affected one-fourth of China’s population at the time, or about 51 million people, 3.7 million of whom drowned or died of disease or starvation.

Asia’s longest river, the Yangtze measures 6,301 kilometers (3,915 mi). In the spring, the heavy snowfalls of the winter thawed, causing the Yangtze to rise, as did massive rainfall during July and August. One flood alone, on August 18, caused $2 billion in property damage and killed 145,000 people. The Yangtze River floods affected 10 provinces, devastated 186 counties and cities, affected 8.38 million acres of farmland, stunted rice production (which resulted in starvation), and spread such diseases as typhoid and dysentery.

Human error was also a cause of the floods. Excessive cultivation left too little vegetation to absorb rainfall, causing excess water to raise the levels of the region’s major rivers.[11]

Read more about natural disasters who may not have heard of on 10 Devastating Natural Disasters Forgotten By Time and 10 Lesser-Known Disasters of the 20th Century.