Many great writers have taken inspiration from real people in creating their work. In a number of cases, the person who motivated the author is well-known, ranging from Dante’s inspiration Beatrice Portinari to F. Scott Fitzgerald’s wife, Zelda, who was the model for Daisy in The Great Gatsby.

But determining the sources of inspiration behind the works of other authors has sometimes been more difficult. There are a number of cases in which the muse has remained a mystery. In some cases, even when a forename is given, it has not been possible to conclusively establish the identity of the person in question. With others, not even the name of the individual has been discovered.

Here are 10 examples of great literary muses whose identities have never been conclusively established. 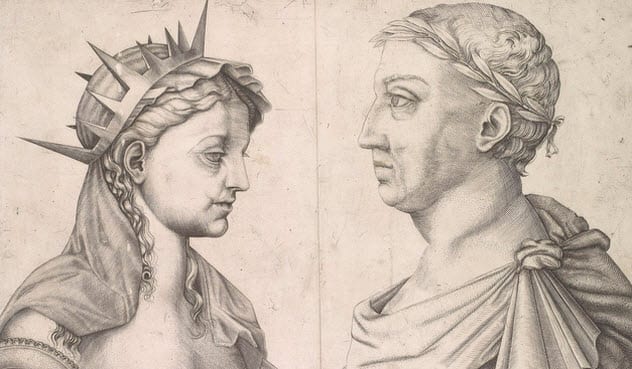 Francesco Petrarch was one of the founders of Renaissance humanism, and as a writer, his Canzoniere is one of his most famous accomplishments. Great interest has also been focused on the person who inspired it, a woman known as Laura, who appears as the object of Petrarch’s unrequited love in the poems.

But the Laura of the Canzoniere remains something of an enigma: Her family name was never confirmed by the poet, and speculation has therefore endured over who she really was. Some have argued that the Laura behind his poetry was most likely Laura de Noves. But this has never been conclusively established, and the name could refer to another woman with whom Petrarch became acquainted and grew to love from afar.[1]

9 Shakespeare And The Inspirations For His Sonnets 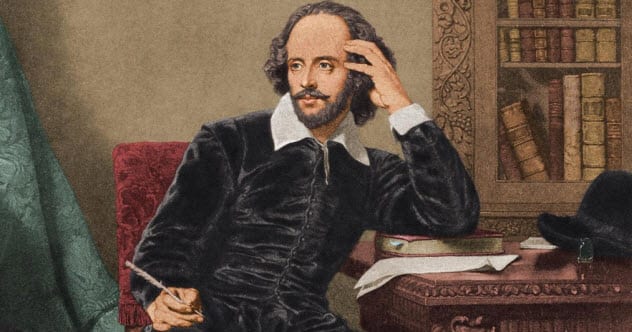 William Shakespeare’s sonnets have provoked great interest for many reasons, including the fact that they were seemingly inspired by two different people, one male and one female, neither of whom has been definitely identified. 126 of the sonnets are addressed to a man known as the “Fair Youth,” and 26 to a woman called the “Dark Lady.” Both remain unknown to this day.[2]

The sonnets in their entirety were also dedicated to a man called “Mr WH,” and it is unclear if this is the same person as the Dark Youth or a third unidentified person. WH has been speculated by some to be William Herbert, Shakespeare’s friend who provided financial backing for the publication of the First Folio of Shakespeare’s plays. Others believe WH to be Henry Wriothesley and argue that Shakespeare reversed the order of the man’s initials to protect his identity. 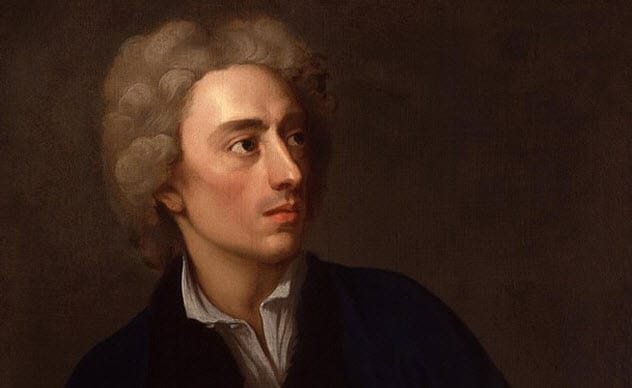 The quest to discover the inspirations of great writers is not a recent phenomenon. Examples can be seen as far back as the interest taken by the pioneering biographer Samuel Johnson, who sought to discover the identity of the woman who inspired one of Alexander Pope’s works.

The poem, entitled “Elegy to the Memory of an Unfortunate Lady,” does not disclose the identity of the woman in question, and Johnson was sufficiently intrigued to inquire further. However, as he later stated in his biography of Pope in The Lives of the Poets: “The lady’s name and adventures I have sought with fruitless enquiry.”[3]

Subsequent research by others has also failed to establish her identity.

7 Byron And His Alleged Son 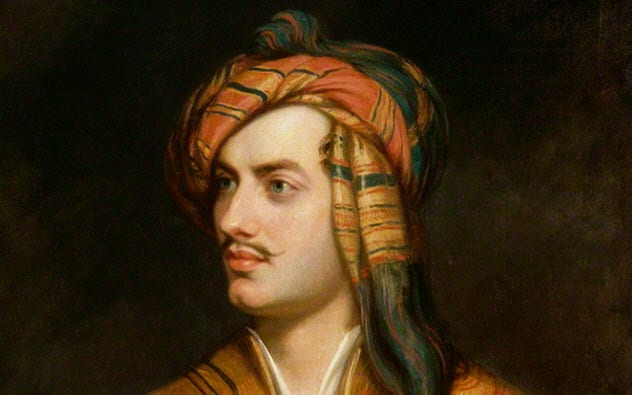 George Gordon Byron, most frequently known as Lord Byron, was famous for his poetry as well as infamous for his private life. But mystery surrounds the question of the children he allegedly had. He is known to have had a daughter named Ada from his marriage and to have fathered another daughter, Allegra, during a liaison with Mary Shelley’s stepsister Claire Clairmont. He acknowledged Allegra as his child.

However, in addition to these confirmed examples of Byron’s paternity, there has also been speculation that he may have had another child and that one of his works focuses on this secret offspring. It has been argued that the poem “To My Son” is about the male child born to a woman named Lucy Monk.

She worked in service for the poet during his time living at Newstead Abbey, and some people believe that Byron may have been the father of the boy. However, Byron never confirmed this, and the poem may refer to another unknown child he fathered or even to an imaginary scenario created by the poet.[4] 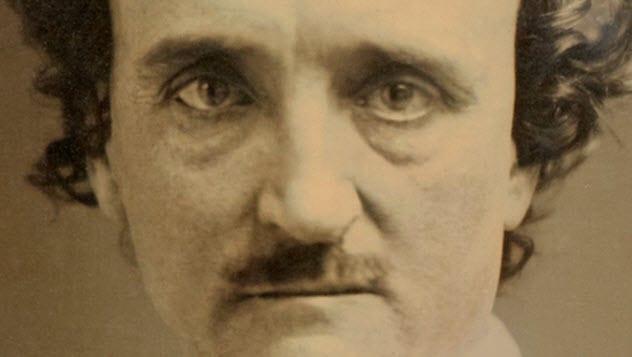 One of Edgar Allan Poe’s most famous tales, “The Fall of the House of Usher,” tells the dark story of the twin siblings Roderick and Madeleine, members of the titular House of Usher. In creating these characters, Poe may have been inspired by two real twins with whom he was acquainted. James Campbell and Agnes Pye also went by the surname Usher.

Like the siblings in the story, they both suffered from mental health issues and led reclusive existences. Like Roderick and Madeleine, James and Agnes were also the last of their family’s line.[5] Poe never confirmed that they were the inspiration for his work, but the parallels between fiction and reality are striking.

5 Alexandre Dumas And The Man In The Iron Mask 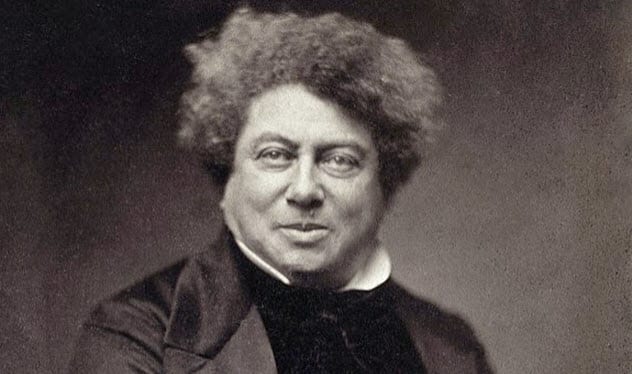 The legendary man in the iron mask, who inspired the third part of Alexandre Dumas’s novel The Vicomte of Bragelonne: 10 Years Later, is one of the most enduring of unresolved identity mysteries. It is also an unusual example of a writer’s muse being puzzling to readers as well as a source of mystery to the writer himself. Neither Dumas nor anyone else knew who this person really was.

The man in question was a prisoner who was kept in the Bastille during the late 17th and early 18th centuries. His face was always concealed, and his identity has therefore never been confirmed.[6]

Louis XIV was the king of France at the time, and this led to speculation that the mysterious prisoner had some connection to the monarch. This was the interpretation used by Dumas in the novel, in which the man becomes Philippe, the secret twin brother of the king. In real life, there have been many suggestions as to his true identity, but it seems unlikely that anyone will ever know for certain.

4 Emily Dickinson And The ‘Master’ 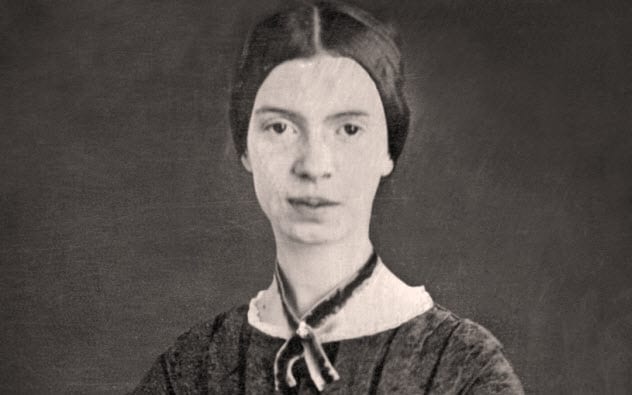 Much of Emily Dickinson’s life has remained a mystery, so it is not surprising that the issue of people who may have inspired her work has also been ambiguous. One of the most intriguing has been the identity of the person to whom Dickinson wrote love letters during the years 1858–1861. They were addressed to a person known only as “Master” who was never named in the correspondence and whose identity remains unknown.

The letters are enigmatic in many respects. It is not known whether Master was a real person or an imaginary one created by Dickinson. Even if the letters were directed to a real person, it is unclear whether they were ever actually posted or read by the intended recipient.

Each of the men with whom Dickinson is known to have corresponded during her lifetime, including the journalists Samuel Bowles and Thomas Wentworth Higginson, has been suggested as a potential subject. Dickinson also had an intense friendship and exchanged letters with Otis Lord. He is another possibility because he developed a romantic attachment to Dickinson and once proposed marriage to her by letter.[7]

However, scholars have been unable to agree on who was the most likely candidate of them all.

3 Flaubert And The Inspiration For Madame Bovary 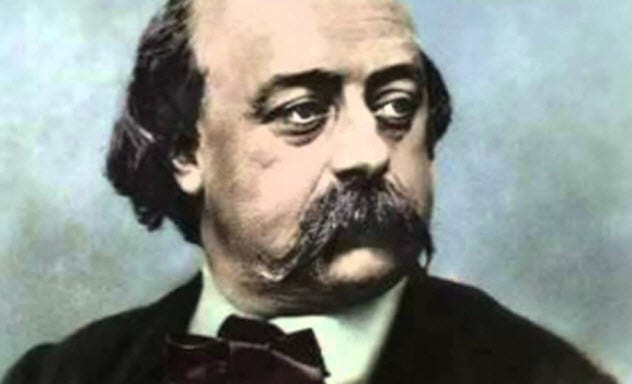 Gustave Flaubert’s Madame Bovary tells the story of a young woman named Emma whose attempts to escape the constraints of her everyday life lead to her downfall and destruction. Flaubert is said to have once declared, “Madame Bovary, c’est moi.”

This has sometimes been seen as the ultimate act of self-identification by a writer with a subject. But was there also a real woman who acted as inspiration for Flaubert in his “story of provincial life”?[8]

It has been argued that Madame Bovary was inspired by Louise Colet, a woman with whom he had an affair when he began to write the novel. Flaubert never confirmed this, preferring his claim that Emma was an aspect of himself. But Colet believed that some elements of Emma were drawn from her and later wrote a novel called Lui which was alleged to be inspired by her relationship with Flaubert.

2 Tolstoy And The Woman Behind Anna Karenina 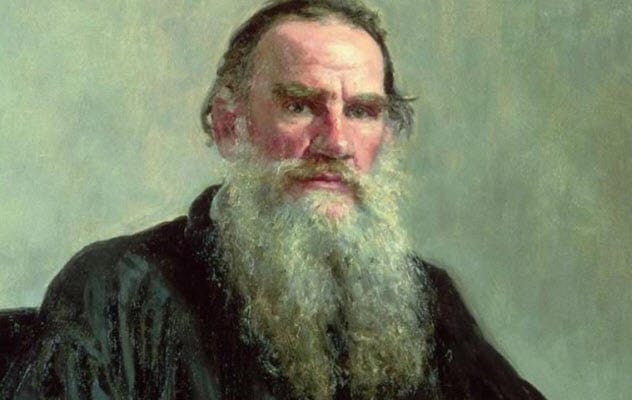 Like Madame Bovary, Leo Tolstoy’s Anna Karenina also focuses on the downfall of a woman in an unforgiving society. The first outline of the book concentrated more on the character of her husband, but Tolstoy gradually reworked the novel to become a story about Anna instead.

As with Flaubert, it has been said that Tolstoy took inspiration from a woman he knew in real life while creating the character. So who might this woman have been?[9]

Some claim that she was based on Maria Gartung, whose father was the writer Alexander Pushkin. In particular, they believe that the descriptions of Anna’s physical appearance were inspired by Maria’s own image. However, Tolstoy never made any statements about who inspired the character, so it remains unclear if Gartung was the model for Anna.

1 Capote And The Model For Holly Golightly 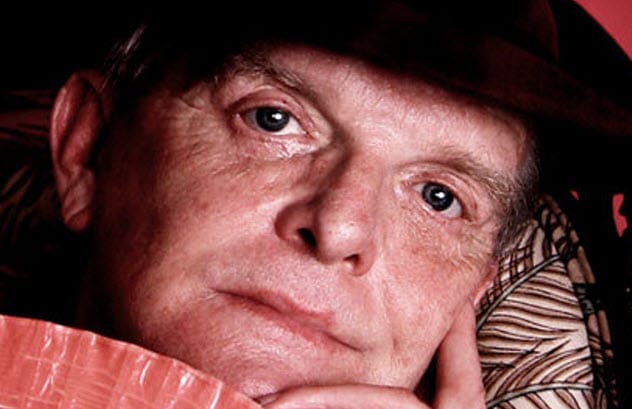 Truman Capote’s novella Breakfast at Tiffany’s introduced the world to the character of Holly Golightly. She would become even more iconic following Audrey Hepburn’s performance in the film adaptation of the same name. But who was the model for Holly?

Many women who knew Capote were keen to lay claim to being the source. But others have suggested that Holly is a composite of a number of different women whom Capote knew in New York at the time.[10]

These include Gloria Vanderbilt, Maeve Brennan, and Oona O’Neill. Marilyn Monroe has even been cited as a possible inspiration (and she was actually Capote’s original choice to play Holly in the film). Ultimately, it seems impossible to determine if one woman above all was used as a model for the character.

Read about the shocking sides of great writers on 10 Shocking Sides Of Famous Authors and 10 Devastating Author-To-Author Insults.