“Little people,” among other meanings, is a generic term for mythological creatures that generally look like very small humans. Such entities are especially prevalent in European folklore and include fairies, goblins, gremlins, dwarves, imps, pixies, and gnomes.

They vary in size and looks, and some are good, while others are malevolent or a mixture of both. However, they are all smaller than humans, elusive, and usually magical. Though Europe has the highest amount of these myths, they can be found worldwide, as many different cultures have their own stories of “little people.” 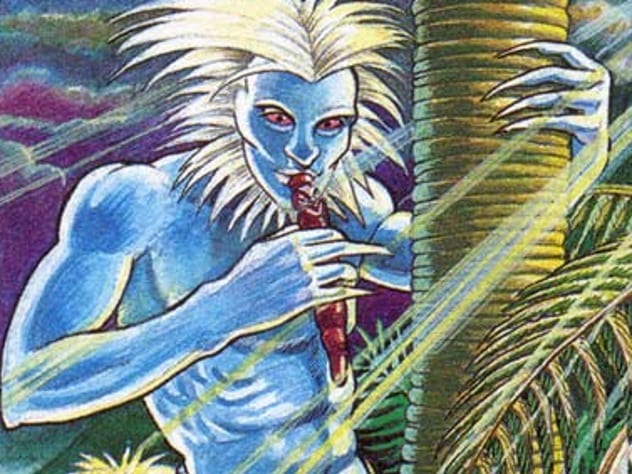 The Maori of New Zealand believe in the Patupaiarehe, also called the Turehu or Pakepakeha, fairy-like people who live deep in the forests and mountains.[1] They have very pale skin (despite the Patupaiarehe which appears on the New Zealand postage stamp above being blue) and either red or light blond hair. Most stories say they’re very small, though some descriptions indicate that they are the size of humans or giants.

These creatures are rarely seen, as they stay out of the light, only emerging during the twilight. If they met people, they would sometimes play their flutes and put the human under their spell. They would sleep with beautiful women, so some believe that redheads are descended from Patupaiarehe. If they met a man, they would either abuse him and let him go or kill him. To avoid meeting them, people would cover themselves in stinky concoctions or cook food, since fire and light kept the creatures away. However, sometimes the Patupaiarehe would teach humans spells and other useful skills.

The Maori also have tales of the Ponaturi. These creatures look like the Patupaiarehe, except they have claws and live in the ocean. 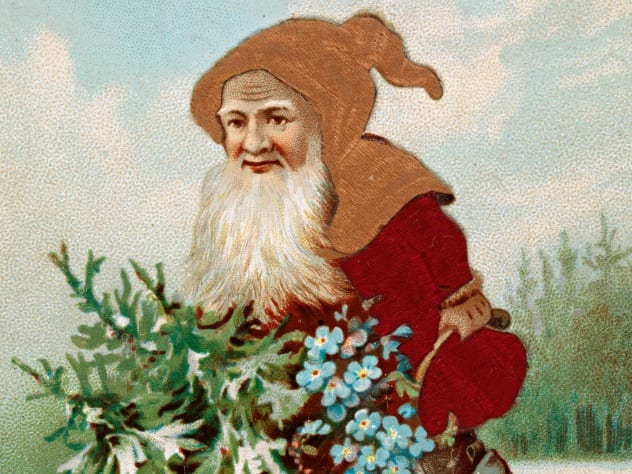 The Norwegian nisse and the Swedish tomte are very similar characters.[2] They usually live solitary lives on farms, staying out of sight of the farmer but taking care of the buildings and animals. Often, they are pictured as small men, the height of a child, with red hats and worn-out clothing. They work very hard to make sure the farm is well-kept, especially focusing on making the horses comfortable.

In return for their work, the creatures only demand respect and a bowl of porridge with butter on Christmas Eve. This bowl is supposed to be left out in the barn so that the creature can eat it in peace. 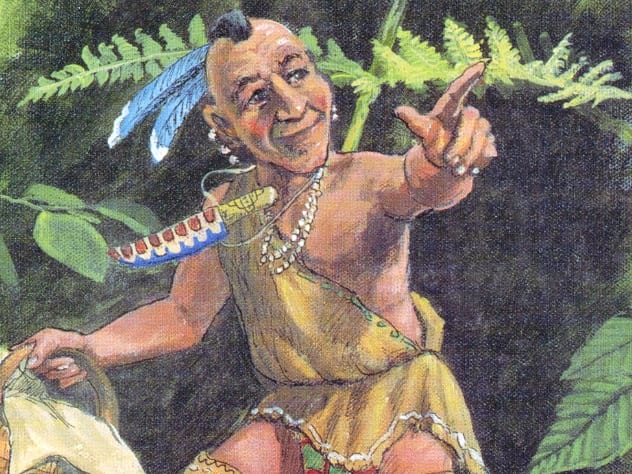 Many Native American tribes had stories about little people, so many that they actually deserve their own list.[3] For example, the Mohegans believed in the Makiawisug, small people who lived below Mohegan Hill in Connecticut. They are nice if they’re taken care of, so the Mohegans would leave them baskets of food. They were not to be spoken about during the summer, when they were active, and not to be stared at; otherwise, they would freeze you and steal your things. In return for the food and respect, the Makiawisug taught the Mohegans how to grow corn and use healing plants, and they kept the Earth fertile.

The Eskasoni in Canada believed in little people, thinking that most of them lived on a hill in Nova Scotia. Children were told not to go near it, lest they be stolen.

The Shoshone tribe believed in little people called the Nimerigar who lived in the Rocky Mountains. They were not very friendly, using bows and poisoned arrows to keep trespassers away.

The Choctaw called them Kwanikosha; these people were feared and supposedly kidnapped boys to test them and figure out their nature.

The Cherokee tribe believed in three different types of little people: the Laurels, the Rocks, and the Dogwoods. They ranged from being good and helpful to being purely malicious.

The Crow tribe called their little people the Nirumbee; they supposedly lived in the Pryor Mountains. 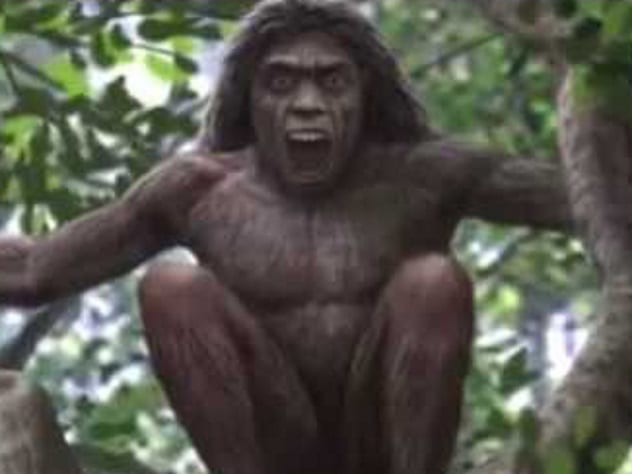 In Flores, Indonesia, they have tales of a people they call the Ebu Gogo.[4] “Ebu” means “grandmother,” and “Gogo” means “he who eats everything.” They supposedly do eat everything they can get hold of, not bothering to cook anything but eating it all raw. This covers fruits, vegetables, and meat, including human meat if they manage to get it. As they use plates made from pumpkins on the island, they would eat those, too, if villagers served them food. Sometimes, they would raid people’s crops. They can also repeat words when spoken to and often climb thin trees.

The Ebu Gogo are about 100 centimeters (3’3″) tall, with long hair, long arms and fingers, big stomachs, and ears that stick out. They also walk awkwardly, and the women have such long breasts that they are said to sometimes toss them over their shoulders when they’re moving about. Some people have theorized that these creatures are not purely fictional, rather that they are based on Homo floresiensis, an extinct species that lived on Flores and looked like short humans. 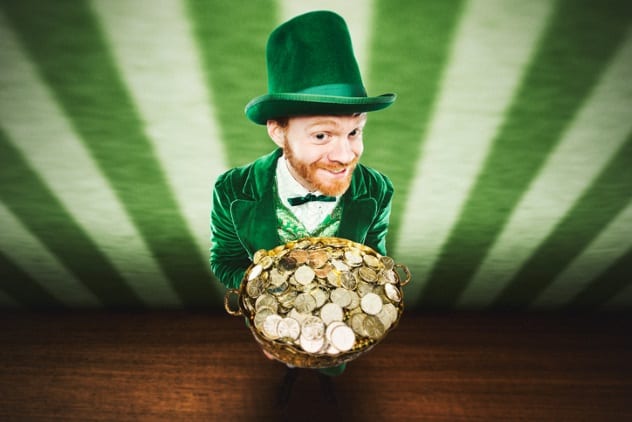 One of the most famous “little people” myths is that of the Irish leprechaun.[5] Their descriptions vary, though they are usually about 60 to 90 centimeters (2′–3′) tall, with a beard and the face of an old man. Though they look old, they have an incredible spirit and agility. They wear handsome coats and hats, though their description varies across Ireland. They all also have high-quality shoes with shiny buckles. They originally were said to dress in red, the color of solitary fairies. However, their color is now green, probably because it’s the color people associate with Ireland.

Leprechauns are well-known for their skills in shoemaking. Many stories are about them sneaking out at night to make beautiful shoes, usually for a fee of gold. They are also talented musicians who can play all the traditional Irish instruments. This goes hand in hand with their reputation as jolly creatures who love having a party. They are also magical; they can appear out of thin air and create images of pots of gold at the ends of rainbows, luring in foolish humans. If a human catches them, they can get three magical wishes. However, the leprechaun usually makes sure at least one of them backfires as punishment for being trapped. For this reason, they are known as being mischievous, though they only really do this to people who have harmed them. To avoid these encounters, they hide themselves and their treasure underground. 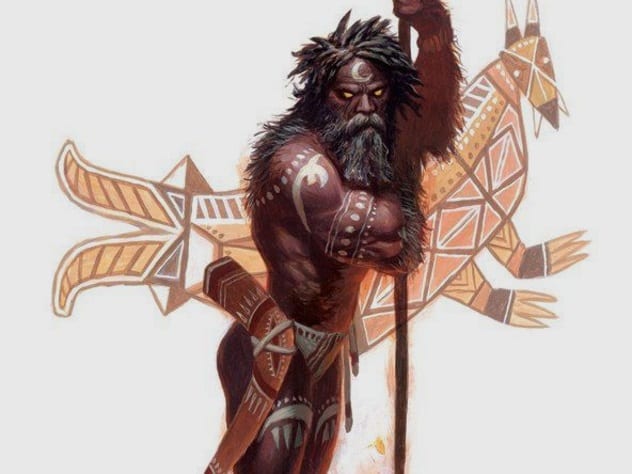 The Noongar of the Australian Aboriginals have tales of the Woodarjee.[6] These people look like Aboriginals, but they are only around 30 centimeters (1′) tall. One claimed sighting says the Woodarjee had a big, bushy beard and only wore a loincloth. They travel with spears and other traditional weapons.

If a human comes across them, the Woodarjee might attack, as they can be quite violent. Any wounds sustained from a meeting like this will disappear as soon as the human leaves the area. 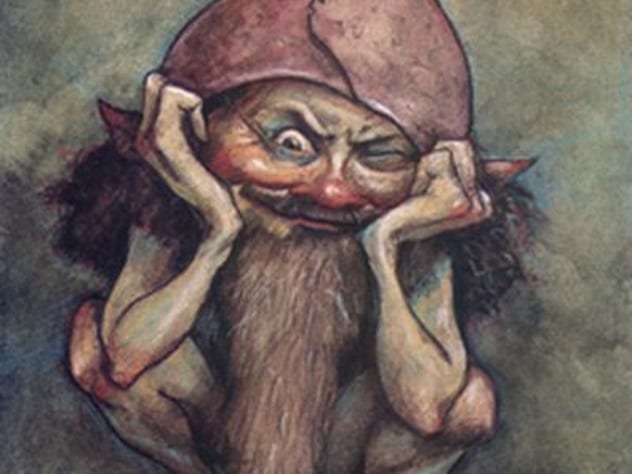 The story of El Duende came from the Iberian Peninsula and spread to Latin America, the Philippines, and Guam due to colonization.[7] Originally, El Duende looked like a small man, about 90 centimeters (3′) tall, with a red hat and clothes made from animal hide. Some countries added features, such as him carrying a cane, having a big beard, or not having any thumbs.

He is said to live in a cave deep in the forest or inside the wall of a child’s bedroom. In some stories, he is evil and will lure children to his cave, where they will be stuck for forever. He might also sneak into their room at night to try to cut their toenails while they’re sleeping, inevitably cutting off their toes entirely. These stories were used to scare children into listening to their parents. In other tales, he is a good creature who helps people who are lost in the forest, guiding them home. Other stories say he protects the forest and animals from anyone who would harm them. 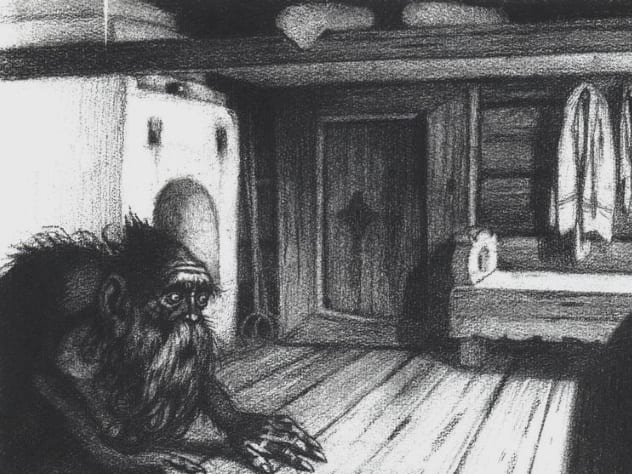 In Slavic folklore, they have house spirits called domovoi.[8] They look like a small man with either a beard or hair all over. Some stories say that they end up looking like the owner of their house, just with a grey beard and sometimes also a tail or horns. These spirits live behind the oven and protect the house, its inhabitants, and their animals. Every house has one, but it is never seen. Instead, people are only aware of it through the noises it makes, such as through footsteps or murmuring.

To keep the domovoi happy, people would leave milk or bread in a corner near the oven. When the domovoi feels respected, he does his best to protect the family, but if they upset him, he causes mischief. He does so by riding their horses or cows all night so that they’re too tired to work during the day, tripping them in the dark, or making milk go bad. If people moved, the domovoi would come with them; otherwise, they wouldn’t be safe. 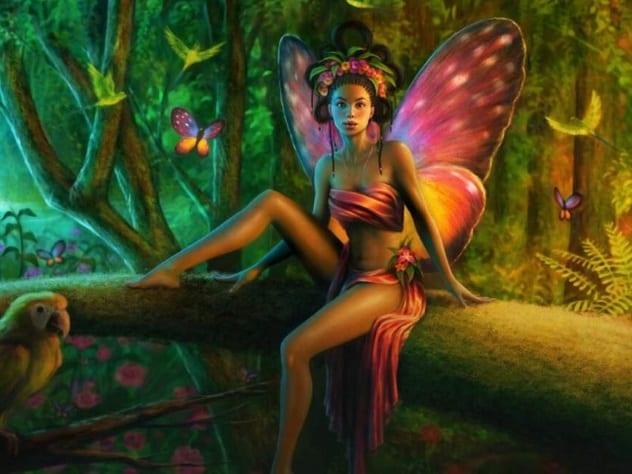 In West Africa, the Dahomey people have stories about the Aziza: tiny, forest-dwelling, fairy-like creatures.[9] They look like regular humans, but they’re incredibly small and have wings that look like those of an insect. These magical creatures are purely nice and help out humans who are hunting. They also taught people how to make fire back when humanity didn’t have the knowledge.

In return, people would leave out fresh food for the Aziza. When people realized how useful they were, they started looking for them more often. This caused the shy creatures to retreat further into the forest and avoid human contact more. 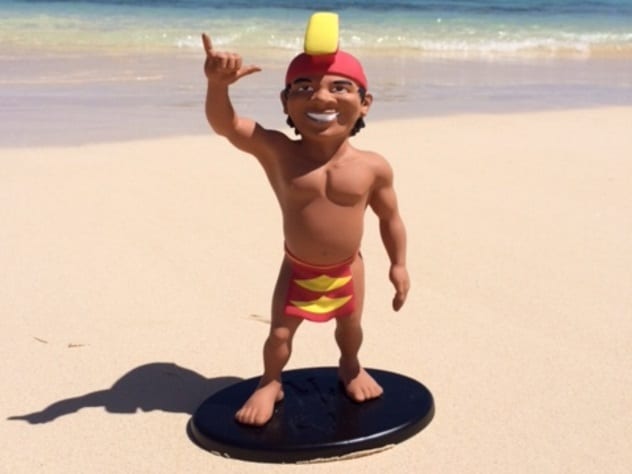 The Native Hawaiians believe in people called the Menehune, who lived on the islands long before the Polynesians arrived.[10] They were supposed to be about 60 centimeters (2′) tall, though some were no more than 15 centimeters (6 in). They were shy and not often seen by humans, but it’s said that they liked singing, dancing, cliff-diving, and archery. If a human was angry, they’d use magic arrows to pierce the person’s heart and make them feel love instead. They were also excellent craftsmen and engineers, as they would build temples, fish ponds, roads, and more under the cover of night.

Some stories say that the Menehune disappeared after the islands were settled by humans. However, others believe they are still there, causing mischief while hiding. In 1820, the official census of Kauai even listed 65 Menehune as part of the official population.

Read about more creature myths from around the world on 10 Evil Winter-Dwelling Beasts From Folklore and 10 Bloodsucking Monsters From World Folklore.