We’ve all been pulled aside at airport security for one reason or another. We forgot about those nail scissors in our makeup bag, we had a fork packed for our lunch, or we just didn’t know that we weren’t allowed to take certain trivial items along.

However, the people on this list took unexpected luggage to the next level. Check out these crazy things that airport staff members have discovered all across the world. And next time, take a closer look at that seemingly normal person sitting next to you on the plane—especially if they appear to be napping. 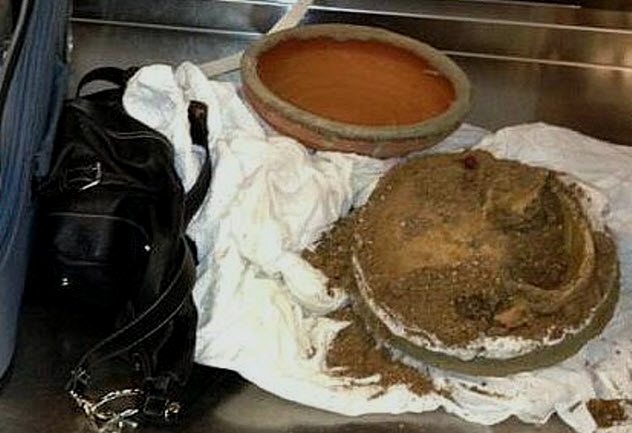 In 2013, security officials at Fort Lauderdale airport detected fragments of a human skull and teeth in the luggage of two women. These unnamed ladies were headed to Baltimore when they were pulled aside by airport security for what appeared to be human remains mixed in with the clay used to make some souvenir pots they were transporting home.

The pots had been purchased in Cuba from a woman claiming that their presence would ward off evil spirits. However, it seems that she actually placed a burden on the American tourists.[1]

The story has somewhat of a happy ending as the ladies were not charged and were able to board a later flight home. The pots, however, were kept by the Broward Medical Examiner’s Office for potential use as evidence for a homicide investigation. 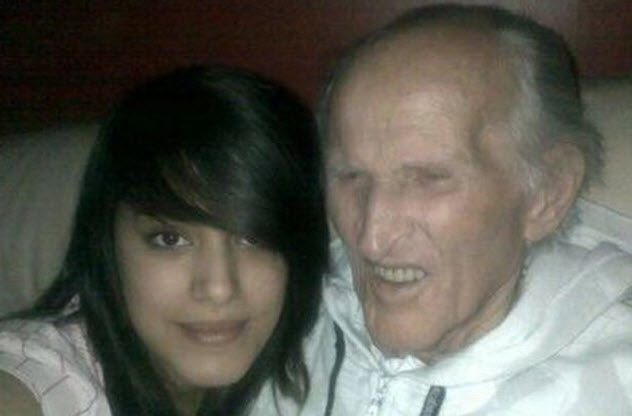 In 2010, two ladies at Liverpool John Lennon Airport were placed in custody after staff raised suspicions about their apparently napping relative. The two women were the wife and stepdaughter of Curt Jarant and had transported him to the airport in a wheelchair via a taxi.

At the airport, it was discovered that he was deceased. Authorities arrested the ladies under the assumption that they were trying to avoid the costs of transporting his body home. This was disputed by apparent witnesses who had seen the man breathing and moving. However, the police were unconvinced.[2]

The man had suffered from Alzheimer’s and had been treated recently in the hospital for pneumonia. Even after a coroner’s report stated that the man had been dead for more than 24 hours, the women still protested. They were finally arrested for failing to give notification of his death and then were released on bail.

Oddly enough, this is not the first incident of travelers trying to transport dead bodies via flights. It is actually a common problem faced by airport security as relatives try to avoid the costs of repatriation. 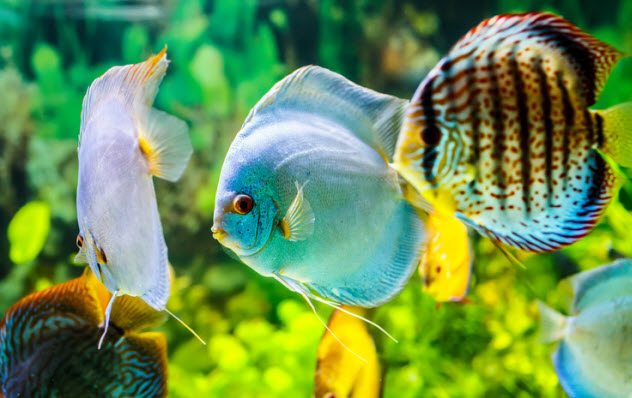 Security workers at the Los Angeles International Airport were surprised at their discovery when the explosives detection system drew their attention to a man’s luggage. He was traveling with four hard-sided suitcases which turned out to be full of water and contained almost 240 fish.

The fish were of different varieties and sizes. Although it was merely a domestic flight and the fish would have been fine for travel, it’s against airline policy to transport the animals this way.

The traveler had bought the fish at a local pet shop and was only trying to take them home. But he was not permitted to transport them via checked luggage. Instead, he was directed to an information desk where he was able to ship them legally as cargo.[3] 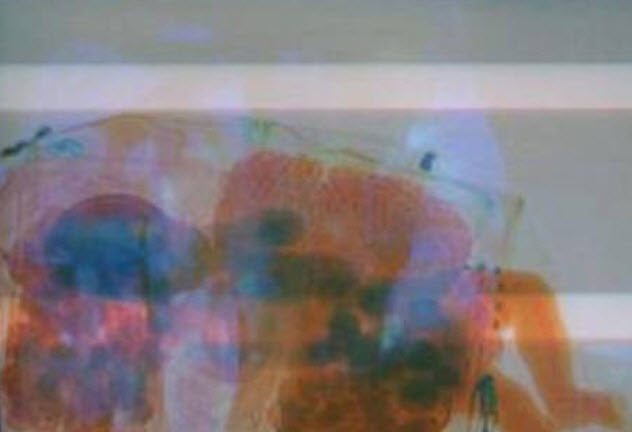 An airport X-ray machine detected a child inside an Egyptian couple’s suitcase while they were trying to clear security for their flight to the United Arab Emirates. The couple had smuggled their five-month-old baby boy in a small handbag in an attempt to get him through border control.

However, the infant was discovered at Sharjah International Airport. The couple was charged with putting a child’s health at risk and attempted smuggling.

The scheme was hatched after the couple arrived in the UAE as they were unable to enter the country because their child did not have a visa. They were given the option to wait two days for the visa office to open and provide the correct documents. But this couple was impatient, so they devised their own solution.[4]

The child was recovered in a healthy condition, and the parents were immediately held in custody following the distressing discovery. Airport officials were stunned by the lack of consideration that went into the plan as the baby was exposed to dangerous radiation from the X-ray machine. 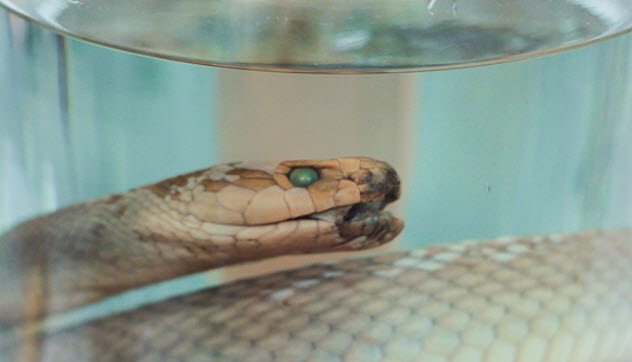 A flight was delayed at an Atlanta airport after staff members were alerted to an explosive threat inside a man’s luggage. He was traveling to Hartsfield-Jackson Atlanta International Airport from Korea with a collection of 30 dead venomous snakes. The scan showed that a number of dead birds were also in the traveler’s bag, which led to a further investigation.[5]

Oddly enough, it is perfectly legal to travel with dead snakes and birds. The concern was the chemicals being used to preserve the animals. Security also had to take extra precautions because some of the snakes could still have contained venom, which held up the flight even longer.

The man faced charges for using combustible fluids. However, he was eventually allowed to take the snakes home. Airport officials were unsure about what he intended to do with the creatures. 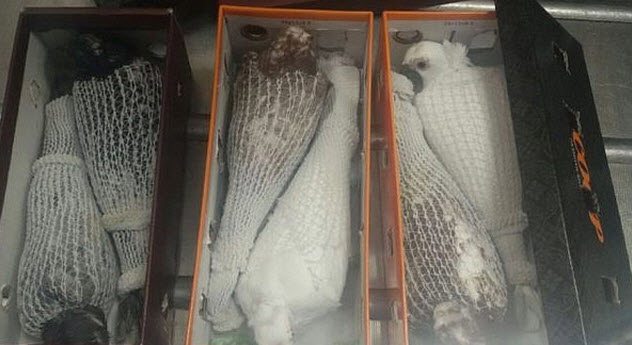 In 2016, a 50-year-old man from Israel was returning home from Germany when he was placed in custody after airport security discovered six live pigeons in his suitcase. The birds were discovered to be a rare Uzbek species worth around $200 each. They were bound and placed inside shoeboxes before being closed inside the suitcase.

The man tagged his suitcase with a label stating that the bag belonged to a disabled passenger. This was an attempt to avoid suspicion about the suitcases’ seemingly odd contents.[6]

His scheme fell apart when staff members at the Israeli International Airport became aware of the bizarre smuggling attempt. The man faced charges because he did not have the correct veterinary certificates for the animals, which carry diseases and could pose a threat to Israel’s natural wildlife. 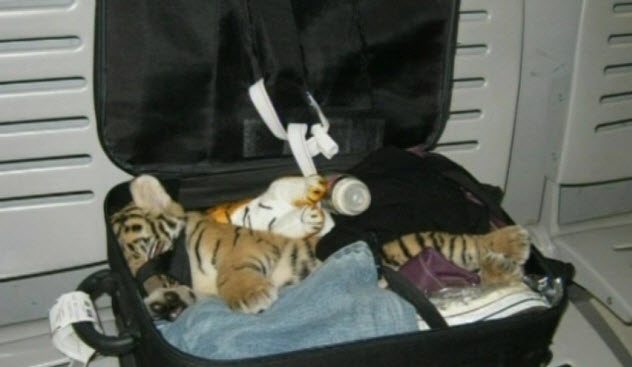 Another smuggling story comes from authorities’ discovery of a sedated tiger cub inside a woman’s luggage at an airport in Bangkok. The Thai lady was detained after her baggage became subject to a routine X-ray because it was overweight.

In an attempt to throw off airport security, she had also placed a stuffed toy tiger in the suitcase. She assumed that the real tiger would pass as just another toy. Her plan failed.

The tiger made a full recovery after the incident. However, the woman was charged with illegal smuggling and animal cruelty.[7] 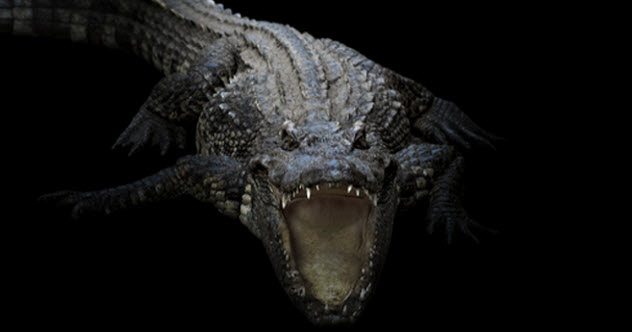 In 2009, a South African man was caught at the airport trying to smuggle over 70 live animals through customs. He was returning home from Thailand when border security discovered the collection of wild animals, which included snakes, crocodiles, turtles, spiders, scorpions, and frogs.

It was believed that the animals were being smuggled into Africa as part of the global trade in endangered species. Hidden inside plastic tubs, the animals were discovered by stunned customs officials and were abruptly delivered to South Africa’s National Zoo where they could be properly looked after.

The man appeared to be unaware of the seriousness of his crime and was actually surprised when he was taken to court and charged with contravention of the Environmental Act.[8]

His attempted smuggling caused an uproar, provoking comments from animal rights campaigners and the African Wildlife Foundation. Smuggling has become huge on the black market in Africa, and these groups are distressed about the increasing threat of foreign animals destroying the perfect balance among the African fauna. 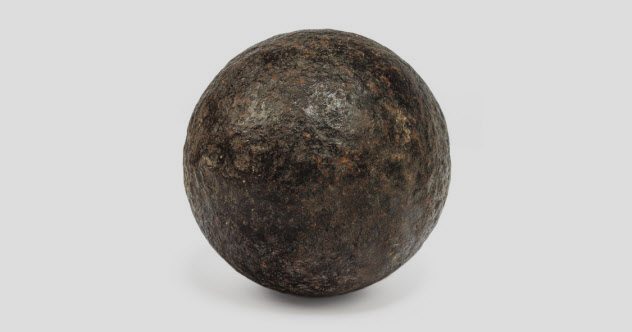 A passenger boarding a plane at Fort Lauderdale-Hollywood International Airport caused quite a scene when security discovered a live cannonball inside his luggage.

This led to an evacuation of the baggage area and a serious investigation which found that the man had no idea it posed a threat. He had collected the cannonball during a diving trip at a shipwreck and was merely keeping it as a souvenir from his trip.

Although the projectile had been taken from a sunken ship of the 1700s, it was still deemed to be dangerous. It was checked by a specialist who informed security and the passenger that explosives found in the ocean can easily detonate unexpectedly.[9]

Covered in coral, the cannonball might still explode, which is why the airport was evacuated. 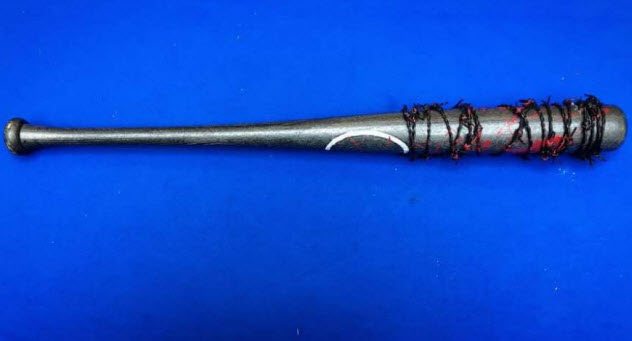 In 2016, a traveler was caught with a Louisville Slugger baseball bat in her carry-on bag. The bat looked like the one used by Negan in the Walking Dead. Airport security was even more surprised because the bat was covered in fake blood (they assumed).

The discovery was made at an Atlanta airport and was considered to be a potentially real prop from the show’s production. But it didn’t matter. Either way, it had to be confiscated.[10]

Further inspection of the weapon revealed that the barbed wire was actually made of rubber. The blood was also confirmed to be fake. Even so, baseball bats are classed as weapons and are prohibited as carry-on items. So the bat was never returned to the passenger.