Many large North American retail stores offer inexpensive items for sale, but none do it better than the dollar store. When shopping in a dollar store and looking over those amazingly cheap party supplies, toys, craft supplies, plug-in phones, power-surge bars, and frying pans . . . we need to ask ourselves, “How can anyone make a profit selling these items for a buck (or two) retail?” Well, the answer is that the true cost of a dollar store bargain is actually much higher than the number we see on the price sticker . . . after we factor in all the hidden costs.

The following list reveals ten noteworthy “hidden costs” that are easily overlooked when stocking up on goods at a dollar store. 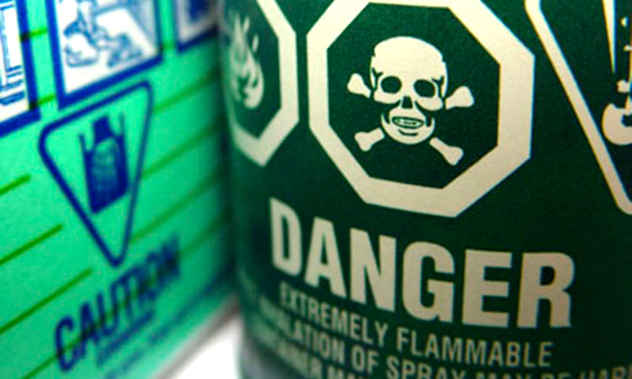 A recent study revealed that 81 percent of dollar store products contain dangerous and toxic chemicals that are “above levels of concern.” These toxic chemicals include bromine, lead, PVC, chlorine, and phthalates. In addition, choking, fire, and laceration hazards were found on numerous occasions, as evidenced by the countless recalls of dollar store products over the years.

Overseas manufacturing does not always meet North American safety standards, and inspections of imported goods are rare[1] (less than one percent of shipments falling under the jurisdiction of the US Consumer Product Safety Commission, for example). Is the cheap stuff worth it—if the products are dangerous to us and to our children? While there are safe products at dollar stores, it is advisable to do some research before picking up those hard-to-believe bargains. 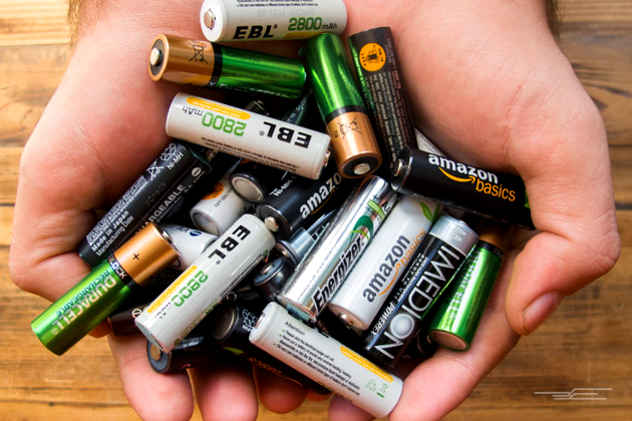 Consumer Reports and other consumer watchdogs warn that some dollar store items are of notoriously poor quality, including off-brand vitamins that do not contain what is listed on the package, and batteries where the fine print says they should only be used for “low-drain devices.”

While low quality is often less important for single-use items like paper napkins or birthday cards, quality does indeed matter[2] for items that we expect to last and use repeatedly such as tools, kitchen utensils, knives, cookware, batteries, toys, and electronics. My own recent personal experience involved purchasing a number of smaller household items from a dollar store to help set up my father’s new apartment. Almost half the items I bought were completely useless including the magnetic pen holder, plastic wall hooks, and the felt-covered coat hangers. All were worthy only of being tossed in the garbage! What good is stuff—no matter how cheap—if it breaks on us before we even use it? 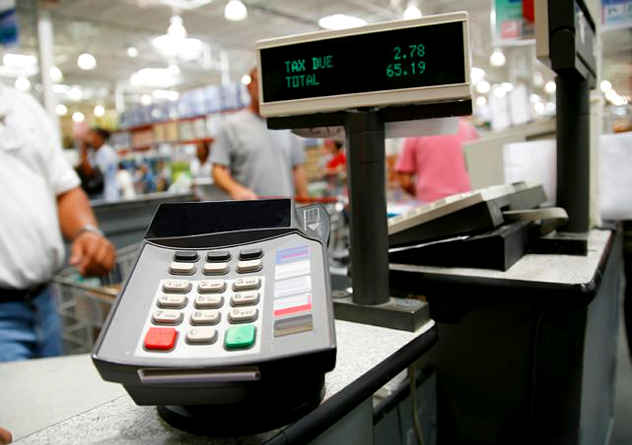 In some cases, you may be spending more than a regular store (department store or supermarket) when you buy at a dollar store. Consumer advocates who have done their homework reveal that larger retailers are often cheaper[3] when it comes to canned goods, gum, steak, and windshield washer fluid. The savvy bargain hunter will not assume a dollar store price is cheaper. 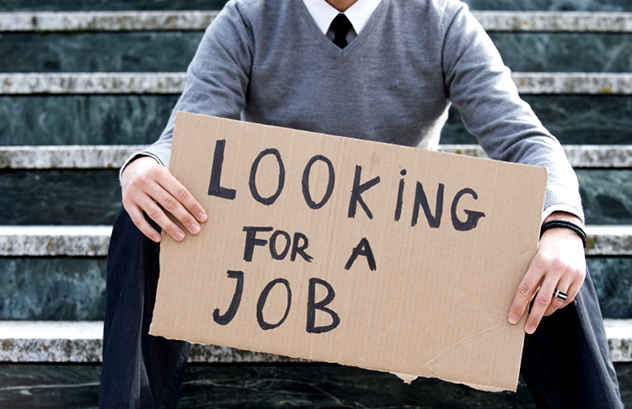 From the 1960s onward, countless major North American corporations relocated their factories to countries where wages, benefits, and working conditions are lower than in North America. This is the primary reason that consumer goods can be made and sold so cheaply. The hidden cost? Millions of North American jobs were lost as a result. This translates into billions of dollars of lost wages for North Americans. And the job exodus continues to this day, with an estimated 2.4 million manufacturing jobs lost in the United States between 2001-2013 alone.

Of course, not all of the relocated factories were designed to supply dollar stores. Also, the manufacturing exodus started long before dollar stores were so popular. A third point is that dollar stores do provide some jobs to North Americans (less than a quarter million jobs nationwide[4] in the United States). But is not easy to find non-grocery products on dollar store shelves that were made on the continent, although determined and “patriotic” dollar-store shoppers can always find a few items.

Dollar stores are, in fact, both a product of the overseas manufacturing movement and now a necessity, because so many lost their jobs as a consequence of this exodus. Is access to cheap stuff worth it, if we do not have jobs to provide us with the means to support ourselves? 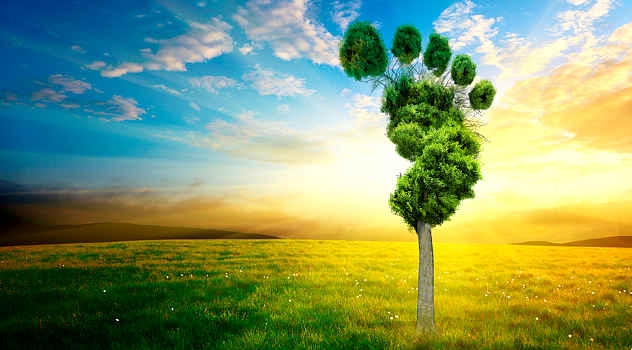 There are three key concerns with respect to how dollar store bargains contribute to the global carbon footprint. The first is the plethora of plastic products found in dollar stores. The second is the lower environmental protection laws and/or the widespread lack of enforcement in some of the manufacturing countries for many of the products. Last but not least, there is the necessary transportation of all the cheap stuff to the North American market.

It is true that some dollar store shoppers have an economic necessity leading them to dollar store shopping. But recent trends are for more and more upscale shoppers[5] to use dollar stores to enable the purchase of “luxuries” such as disposable party plates, napkins, and cups which epitomizes our carbon-drunk lifestyle. What good is cheap stuff if it unnecessarily contributes to climate change, global destruction, and a questionable future for our children and grandchildren? 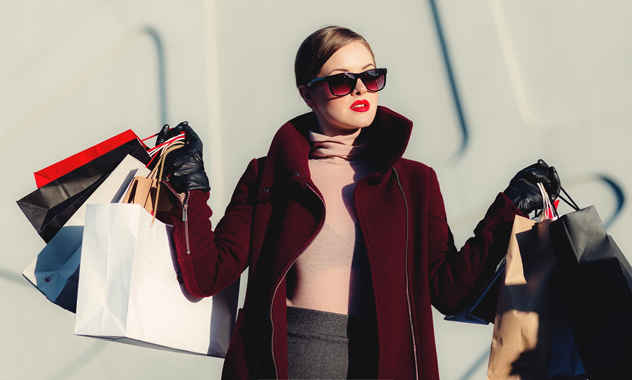 North American culture is increasingly focused on shopping, consumption, and the accumulation of wealth and commodities. Driving the growth economy has become an “end unto itself.” Who can forget when then-President George Bush urged Americans, “I encourage you all to go shopping more.”

Dollar stores offer unbelievably cheap goods, and their owners and investors profit immensely from our “buy, consume, throw away, then buy some more” culture. Some believe this relatively modern value of acquisition and consumption[6] overwhelms and replaces previous, and more worthwhile, cultural values and goals such as community building, individual and shared health and wellness, art and creativity, maximizing human potential, and continuous learning. Is this true? If yes, this may be the greatest hidden cost of all. And if yes, we need to ask ourselves: What do we want our culture to be?

4Compensation and Working Conditions for Employees 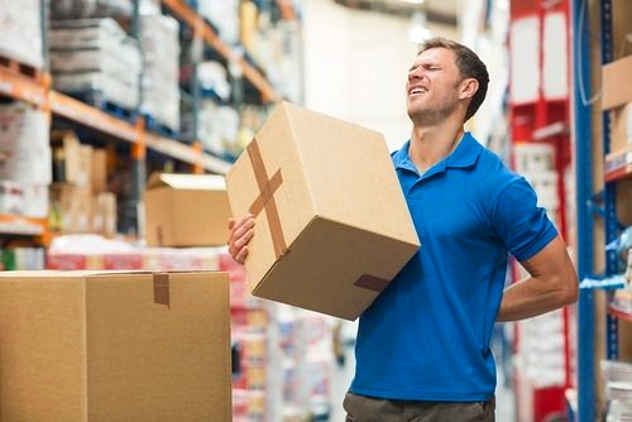 The long-term health risks[7] faced by store employees who are handling and breathing in chemicals from plastic and other items found in dollar stores, many of which contain toxic chemicals such as phthalates, are not fully known. It is known that a number of these chemicals are linked to serious health concerns such as cancer, asthma, birth defects, and infertility. And some employees suffer back, neck, and joint injuries caused by lifting and hauling goods.

At least one store manager who reported developing health injuries caused by working at the dollar store found herself out of a job shortly after returning from sick leave, allegedly for performance issues. She launched a lawsuit (that has since been settled) to prove that the “performance-related discharge” was unfair. Numerous dollar store employees have filed unfair pay-and-compensation-related claims against their employers. What good is cheap stuff if it makes dollar store employees sick or if they are not fairly compensated for their work? 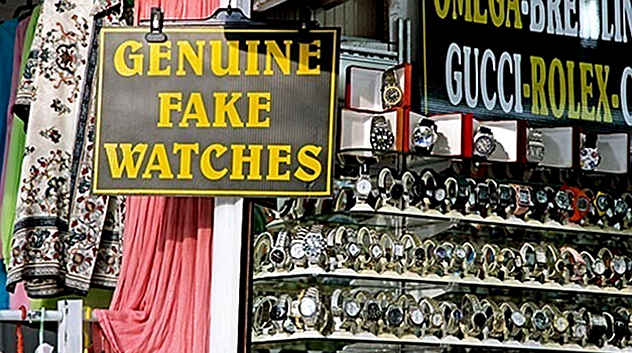 In the worst case scenario, counterfeit goods (or counterfeit safety labels) pose safety and health hazards for consumers. Examples include extension cords that are not insulated properly, or toothpaste contaminated with bacteria. Usually, however, this “hidden cost” involves a property rights issue.

Copyright law is designed to protect the inventors/creators/owners of intellectual property so that they benefit financially from their inventions. Because copyright law protects intellectual property rights, infringing copyright[8] is a form of theft. Dollar stores are counted among the retail outlets where fakes and imitations are more likely to be found. What good is cheap stuff when consumers’ health and safety is put at risk because of counterfeit brands or safety standard labels? Or where mislabeled products violate the law and deprive inventors/creators/owners of their income? 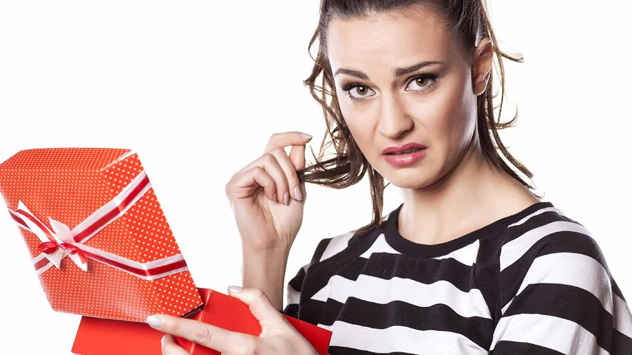 A number of major dollar store chains do not allow returns. This makes gift-shopping at a dollar store a risky business. It means that you cannot make a mistake in purchasing without a personal cost to your budget. You also cannot safely purchase a good deal for others because they may not like what you have purchased for them, and unwanted items cannot be returned. Invariably, the no-return policy[9] translates into lost dollars for consumers. 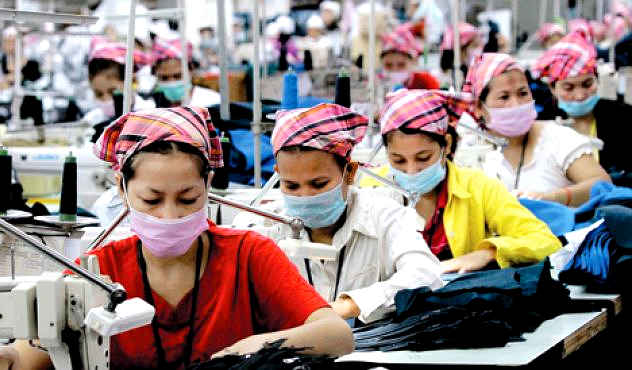 Watchdogs are concerned that people from lower income brackets, who tend to use dollar stores more often, are disproportionately exposed[10] to the toxic hazards and safety issues related to dollar store products. People in some of the off-shore manufacturing countries are working for low wages, in often unsafe conditions, to supply the dollar stores and ultimately North American consumers.

There is little doubt that globalization benefits developing countries to some extent. For example, China’s middle class grew considerably after North American companies moved their factories to China. But we still need to ask ourselves whether North America, China, and the world are benefitting in the best way possible from the present approach to globalization?

In North American, most of us grew up in a “throwaway” culture fueled by the availability of cheap, disposable goods. We bought into the merits of a consumer culture and allowed large corporations to move their factories overseas so we could have more and more stuff at a lower price. The irony is that the cheap, disposable goods flooding our market have indirectly caused our diminished ability to pay for more expensive quality merchandise.

There is merit to taking a pause to look at these hidden costs before deciding where to shop (and indeed whether to shop). Consider the hidden costs with respect to product safety and reliability, employee health, local jobs and the economy, environmental protections, and social justice. When we do so, we may conclude that those cheap party supplies, toys, plug-in phones, power-surge bars, and frying pans are more expensive than they appear at first glance. We may decide that the true cost of a bargain is too high a price to pay.