Keeping up with all the news in the world can be a difficult task. That’s why we are here to help with a few weekly lists that look at notable events that occurred recently. Click here if you missed out on last week’s list.

We have an abundance of unique stories this week. There’s a love story that set sparks flying. A four-year-old takes the family car for a joyride. There’s an island that wants to give up time. Scientists taught seals to sing, and the Italian “Bonnie and Clyde” are finally behind bars. 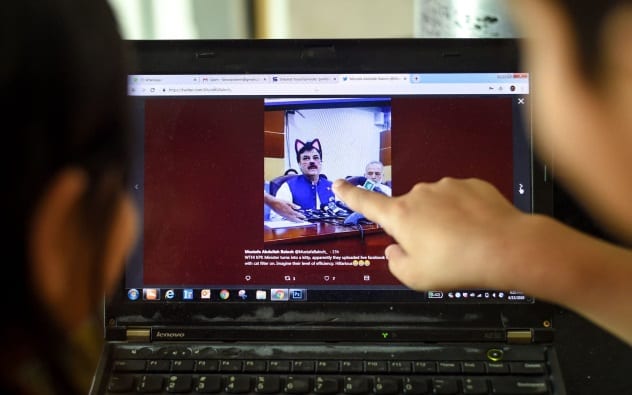 A politician from Pakistan livestreamed a press conference where he unwittingly donned pink kitty ears and whiskers because a member of his staff accidentally turned on the “cat filter.”

Regional minister Shaukat Yousafzai from the Pakistan Tehreek-e-Insaf (PTI) Party held a Q&A with journalists last Friday which could be seen live on social media. At first, this sounded relatively mundane. However, viewers soon spotted that the minister, as well as various other accompanying officials, were wearing cat ears and whiskers.

Yousafzai later confirmed that his bizarre appearance was due to someone turning on Facebook’s “augmented reality (AR) filter” by mistake. This is a function that can detect and track a human face, even during live video, and apply various comical accoutrements.

The PTI deleted the online recording minutes after the press conference ended and later attributed the gaffe to “human error.” Yousafzai downplayed the event, saying that we should “not take everything so seriously.”[1] At the same time, he tried to divert some of the attention onto the other officials in the video, saying that he wasn’t the only one “hit by the cat filter.”

9 The Dragon Beats The Mountain 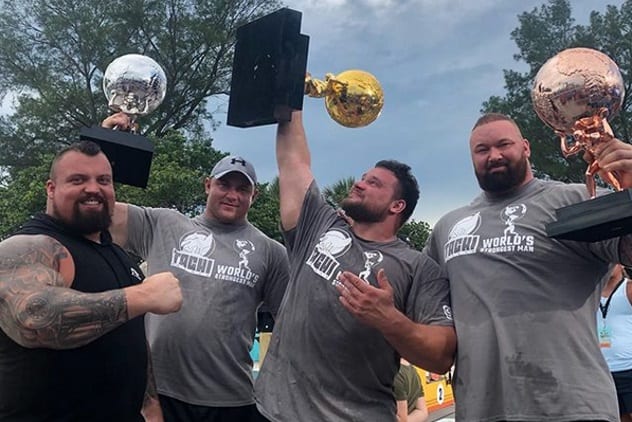 The 2019 edition of the WSM competition took place in Bradenton, Florida. Bjornsson hoped to become back-to-back champion following his first title, which he won last year in Manila, Philippines. However, he suffered a torn plantar fascia on the first day of competition, which limited his speed and mobility. His bronze medal still earned him a top-three finish for the eighth straight year.

The final day of this year’s contest took place on Anna Maria Island, where 28-year-old Licis completed the infamous Atlas stones challenge in less than 28 seconds to claim his first-ever podium finish and the title as world’s strongest man.[2]

8 Taking Down Bonnie And Clyde 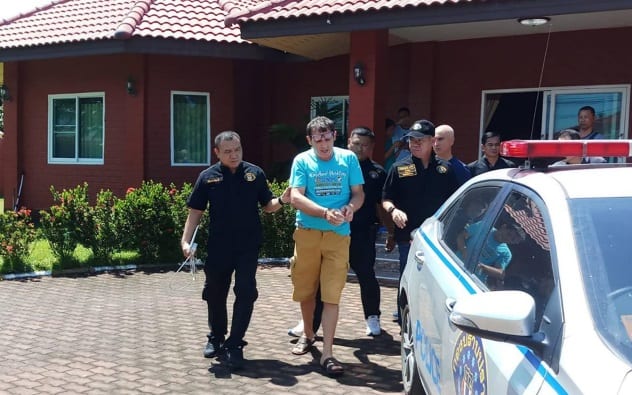 A couple of fraudsters dubbed the “Italian Bonnie and Clyde” were apprehended in Thailand following years on the run thanks to a joint operation between Interpol and the Royal Thai Police.

Francesco Galdelli and his wife, Vanya Goffi, made headlines years back when they were accused of using George Clooney’s name and image to create a bogus fashion line. In 2010, the actor even took the stand in Italy and testified that the two had forged his signature and impersonated him. This was just one of the multiple scams that the couples ran, which also included selling fake Rolexes online and sending their buyers packets of salt instead.

The duo was finally convicted in 2014, but they went on the run in Thailand. Galdelli was apprehended abroad soon after, but he escaped a day later after bribing the prison guards. The couple managed to elude authorities until last Saturday, when they were finally apprehended in a luxury villa in the Thai resort city of Pattaya.[3] 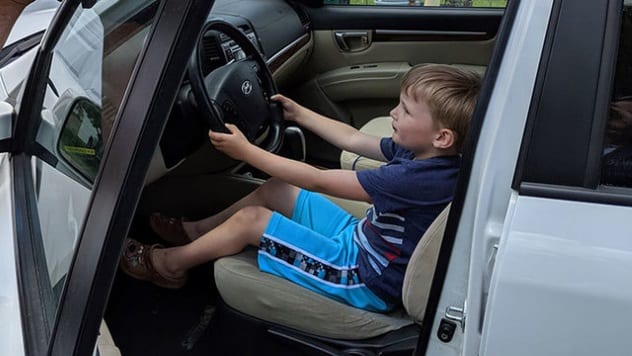 On Wednesday morning, a four-year-old from Blaine, Minnesota, with a hankering for some candy stole the keys to his great-grandpa’s SUV and took the car for a joyride to the nearest convenience store.

Sebastian Swenson might barely be able to see over the steering wheel, but that did not deter him from climbing into the driver’s seat of his great-grandfather’s Hyundai Santa Fe and driving 2.4 kilometers (1.5 mi) to fix his sugar craving.

According to witnesses, the vehicle was moving erratically at speeds of up to 24 kilometers per hour (15 mph).[4] Police officers were on the scene as soon as it came to a stop. The SUV had hit a few mailboxes and a tree, and the bumper got left behind in a neighbor’s garden, but nobody was injured.

Blaine Police Captain Mark Boerboom said he had never heard of someone so young being able to drive a car. Sebastian’s family promised that, from now on, they will lock up the car keys to keep them away from the unruly youngster. 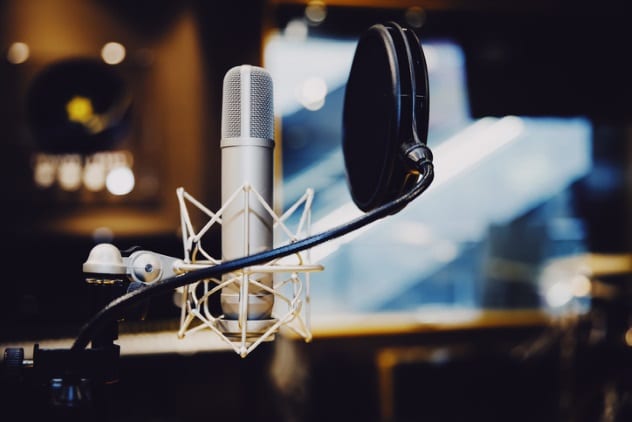 A long-running Finnish weekly broadcast in Latin aired its final bulletin last Friday evening after 30 years on the air.

Yle, short for Yleisradio Oy (General Radio), is Finland’s national public broadcasting company, founded in 1926. Outside of the country, Yle is best known for Nuntii Latini, a five-minute weekly news broadcast in Latin. It first aired on September 1, 1989, as the brainchild of journalist Hannu Taanila and Latin professor Tuomo Pekkanen. It was a surprise hit, and the rise of the Internet attracted thousands of new Latin enthusiasts from around the world.

The team behind Nuntii Latini first announced plans to end the program back in late 2017.[5] The main reason cited was the online availability of other Latin-based media. However, thousands of callers and a public campaign to save the broadcast prompted its creators to push back the shutdown to last week. 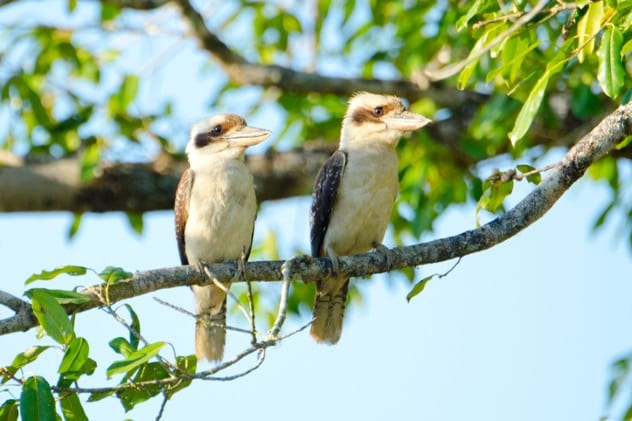 A recent power outage in Australia was caused by two kookaburras which began mating on a power line and caused sparks to fly . . . literally.

Last week, about 1,000 homes in the suburbs of Perth lost power. According to Western Power, the cause of the outage was an “amorous avian adventure” between two of the country’s most famous feathered residents, known for their distinctive call.

An eyewitness said that he saw the birds on a pole when, suddenly, sparks started flying, causing two loud bangs and flashes of light. Electricians believe that the female kookaburra spread her wings, which touched two power lines. This caused the birds to act as conductors between the separated lines which, in turn, triggered an automatic emergency shutdown.[6] The kookaburras did not survive their passionate encounter.


4 The Land That Forgot Time 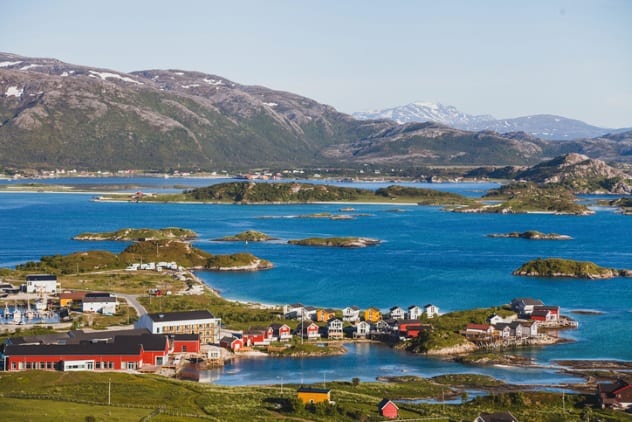 The tiny Norwegian island of Sommaroy (also called Sommaroya) has petitioned its government to become the first time-free zone in the world.

Located north of the Arctic Circle, the old fishing village is inhabited by a little over 300 people. They argue that they have little use for conventional timekeeping and that recognizing the island’s time-free status would simply formalize something that has already been in practice for generations.

At the moment, Sommaroy is in the middle of a 69-day period where there is permanent daytime because the Sun will not set again until July 26.[7] Conversely, the island also goes through a long polar night between November and January where the Sun does not rise at all. Locals have learned to make the most of this unusual setting and often operate outside of traditional working hours. Islander Kjell Ove Hveding says that people mow their lawn and kids play football during what we would call “the middle of the night.” 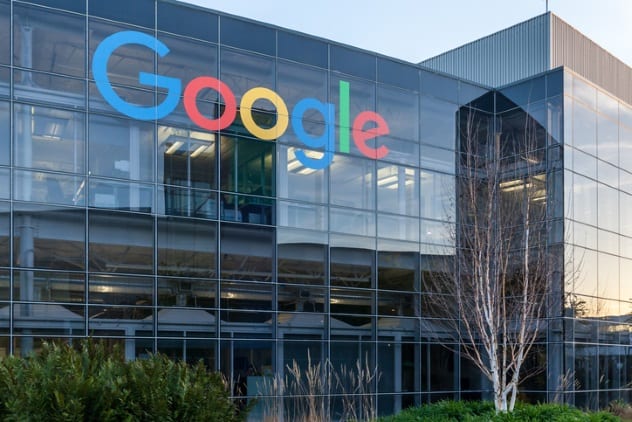 Music annotation service Genius claims that it used a secret message to prove that Google was stealing lyrics from its site and publishing them on its own native search pages.

If you ever want to know the lyrics to a song, Genius is one of the sites you could visit. Alternatively, you could type the name of the song followed by the word “lyrics” into Google, and the results page will show them to you. However, while Genius uses its own transcribers and partners with record labels to make sure they have the right lyrics, the company is accusing Google of simply stealing them, thus denying Genius the views.

The problem first came to light in 2016. A Genius employee noticed that Google’s lyrics to the hip-hop song “Panda” by Desiigner, which has hard-to-understand vocals, were the same as on their site. Genius had obtained the words straight from the rapper, while most other sources had inferior, inaccurate versions.

But how could they show that the lyrics were lifted from their site? After all, as long as both versions were correct, they should be identical. Genius transcribers started alternating between straight and curly apostrophes in their lyrics, using them as dots and dashes. In Morse code, they spelled out the phrase “red handed.”[8] Genius says that they have found over 100 examples of songs on Google that contained their secret message.

The Internet giant said in a statement that it obtains the lyrics from a third-party company called LyricFind and that it will cite the sources from now on.


2 A Tiny, Infamous Part Of History 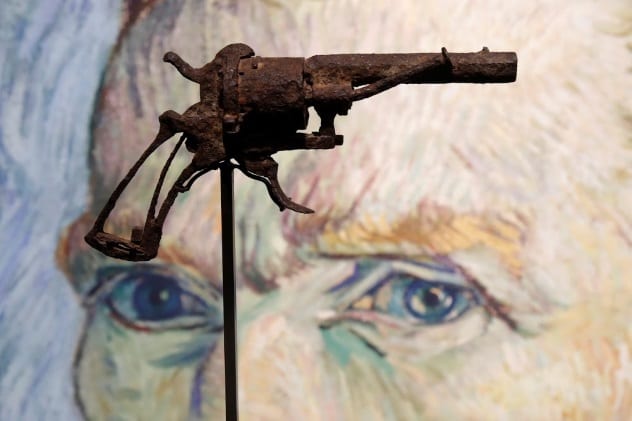 A revolver dubbed “the most famous weapon in the history of art” sold at auction in Paris for €162,500 ($182,000) to a private collector. It is the gun with which Vincent Van Gogh purportedly shot himself.

The pistol is a 7-milimeter Lefaucheux revolver. It is completely rusted because it was buried in the ground for 75 years. This actually works in its favor, though, because it matches the timeline of it being the gun that Van Gogh borrowed from the owner of the inn where he resided in 1890. The artist then went into a field and shot himself, but he did not die immediately. Instead, he staggered back to the inn and succumbed to his injuries 36 hours later.

The revolver remained in that field until it was found by a farmer in 1965. He gave it to the previous owners of the inn. Even Auction Art, the auction house that sold the weapon, admits that it is impossible to say with certainty that the gun is the right one, but the details line up. The revolver had the same caliber as the bullet recovered from Van Gogh’s body and had been sitting in the right place since around 1890.[9] The Van Gogh Institute condemned the sale, saying that there is no hard evidence that the Dutch painter used this gun to kill himself.

That is, of course, if he actually committed suicide. There is a bit of controversy in recent times that suggests that the artist may have been shot by local boys.

In the past, seals have been documented to be able to create sounds similar to human speech. Researchers from the University of St Andrews in Scotland wanted to see how flexible their vocalizations truly are and, in the process, trained grey seals to sing notes from music such as “Twinkle Twinkle Little Star” and the theme from Star Wars.

According to researcher Vincent Janik, seals “use the same neural and anatomical structures as humans to produce [these] sounds.”[10] Therefore, he and his team have been able to work with three seals from birth and train them to change formants to create new vocalizations. First, the animals copied sequences of their own sounds, and then, the pitches were modified to form melodies. Later on, they were also able to copy human vowel sounds.

The university’s prized pupil is a seal named Zola who proved particularly adept at copying melodies. Her repertoire includes bits from the Star Wars theme and a ten-note sequence from “Twinkle Twinkle Little Star.”