The human brain is the biggest reason behind our utter dominance on Earth. We may not be able to fly, have the best claws, or run particularly fast, but thanks to the capability of our brains, we have managed to climb our way to the top of the evolutionary hierarchy. Despite all of that, though, the brain still has its limitations. There are many things we can’t do because of those limitations, and such inabilities often show up at the worst times.

Thankfully for us all, scientists are consistently working on coming up with hacks to overcome our brains’ limits, as there is still a lot we don’t understand about the most important part of the body. Here are ten ways you can hack your brain to your advantage, according to science.


10 Be More Attractive By Believing You Smell Good 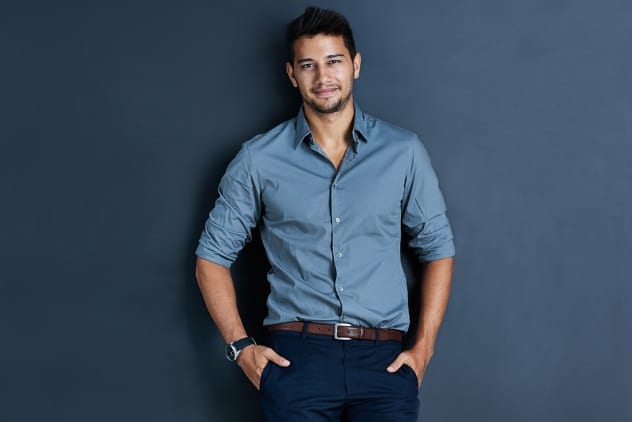 It comes as a surprise to no one that smelling good makes you more attractive to the opposite sex, as we instinctively associate smell with hygiene. It’s a more understated cue of attractiveness than other, obvious ones, like looks or personality, but it nevertheless plays an equally important role in deciding the outcome of a date. We’re not just talking about how you smell, but also how you think you smell.

According to a study, merely believing that you smell good increases your chances of getting with the ladies. (The study was only done with male subjects.) Researchers gave scented spray to one half of a group of equivalently attractive participants and a generic, odorless spray to the other half and took videos. They then showed the videos to a group of women, asking them to rate the men on attractiveness. Surprisingly, the women rated the men with the scented spray to be more attractive, even if they had no way of knowing how the men smelled just from video clips.[1]

It suggests that self-perception doesn’t just influence the level of your confidence but also affects how other people perceive you.

9 Use Gestures To Prepare For A Test 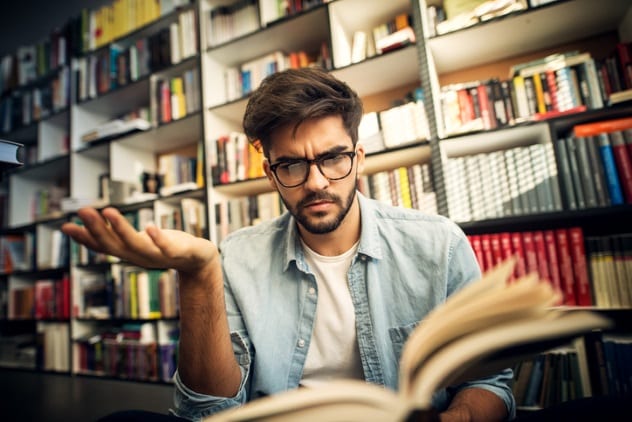 Students use a variety of techniques to help themselves retain information before an upcoming test, from the traditional writing things down to the more new-age yoga before a studying session. As all of us know, though, most of those techniques are hit-or-miss, as no one has been able to perfectly figure out the best way to guarantee memory retention. While we’re not claiming to have solved pre-test preparation, there’s one scientifically proven method you can use that definitely works: using gestures while studying.[2]

Studies have found that when you use gestures to explain the information to yourself, the brain retains it far more effectively than, say, speaking it out aloud or even writing it down. In fact, in one study, researchers found that only speaking while learning a concept had no effect on information retention at all.


8 Use The Sun To Hallucinate 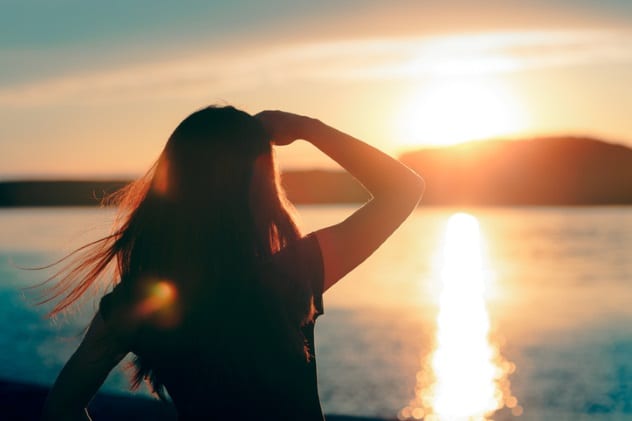 While we’d like to reiterate our stance against abusing drugs for recreation, we have to admit that hallucinations are awesome. There are a few things as fun as making the brain see things that aren’t there, but because illicit drugs seem to be the only way to do it, many people never get to experience it. If you’re one of them and would like to know how it feels without being on the wrong side of the law, there’s some good news. As one physiologist from the 19th century found out, all you need to hallucinate without drugs is the Sun.

Just close your eyes and point them toward the sun. Then wave your hand back and forth across the face while keeping one eye covered. Pretty soon, you’ll start seeing shapes, and while the exact figures vary according to person, you can expect hallucinations like spirals, hexagons, or squares.[3]

Another way you can legally hallucinate is by exploiting something called the Ganzfeld effect, wherein the brain fills in visual information of its own after long periods of sensory deprivation. Just put a piece of white paper over your eyes, lie down under bright white light, and use noise-canceling headphones to block out any sound for 20 minutes. When you get up, you’d be treated to some good old visuals (as they presumably call them in the world of illegal drugs).

7 Trick Your Brain Into Thinking A Rubber Arm Is Real 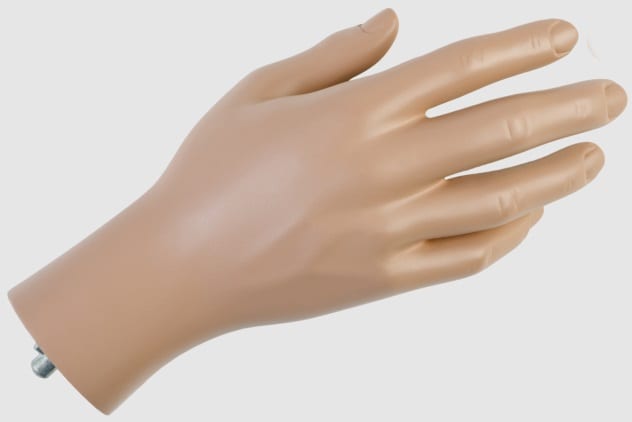 We’ve all heard of the phantom limb, wherein people who’ve had limbs amputated can still feel the presence of their missing appendage, to the extent that they can feel pain and other sensations in it. While still mind-blowing, it has been extensively studied and talked about. What’s surprising, however, is that you can do something similar with your existing limbs, as well.

In an experiment, researchers asked volunteers to put both their arms on the table, with their right hand inside a box. They then placed a rubber arm on the box and aligned it with the participants’ right shoulders in the same position as their real arms, with just the tips of fingers visible. When the scientists stroked both the fake and real hands for a minute or two, they were surprised to find that eventually, the volunteers started perceiving the fake hand as the real one.[4]

Scientists don’t quite understand how it works, though they’re sure that it has something to do with how the brain gives priority to visual cues over anything else while determining the ownership of its parts. Now you definitely can’t use this one to, say, get out of tricky situations, but it makes for a freaky diversion at otherwise dull parties.


6 Stop Yourself From Choking By Singing 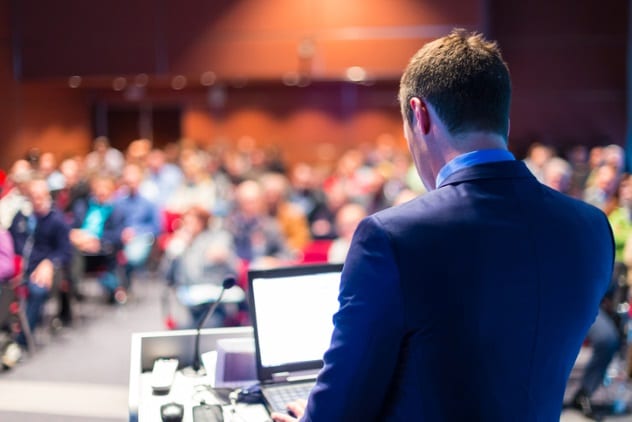 How many times has it happened that you’re called to speak in front of a group, and before you can say anything, the words seem to get stuck in your throat? It’s not just psychological, either; for many people, that choking is quite real. And seeing how public speaking is one of the biggest fears around, it happens to more people than you’d think. If only there was a way to counter it.

Fortunately for us all, science has figured out a way to effectively halt choking in high-stress situations. All you need to do is sing a song to yourself, as it distracts the brain and helps alleviate the feeling of panic you get in those moments.[5] In case singing is not a socially acceptable option, like during a meeting, you can also try other things like counting backward from any number or simply focusing other things. 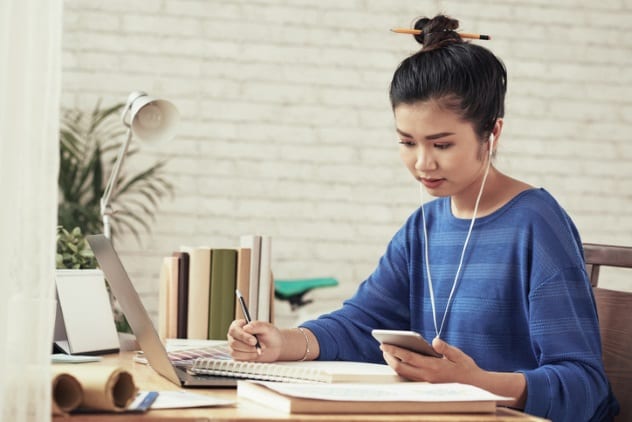 Music affects all of us in different ways that we can’t quite put into words. Essentially, though, it’s an escape from the sounds of the real world and can get us through some difficult times. It’s also related to productivity, as anyone who has ever breezed through a deadline with their earphones plugged in can tell you. However, because everyone’s brain is different, and music appeals in a different way to everyone, we don’t have a unified theory on how it relates to productivity.

While it will be some time before we can perfectly figure that out, thanks to one study, we know of one type of music that increases creativity and learning for everyone, regardless of their preference: classical music.

In the study, 249 students were observed during a lecture, albeit in two groups. One had classical music playing in the background during the lecture; the other did not. When they tested them in a multiple-choice exam immediately afterward, they were surprised to find out that the students who learned with classical music performed much better.[6] 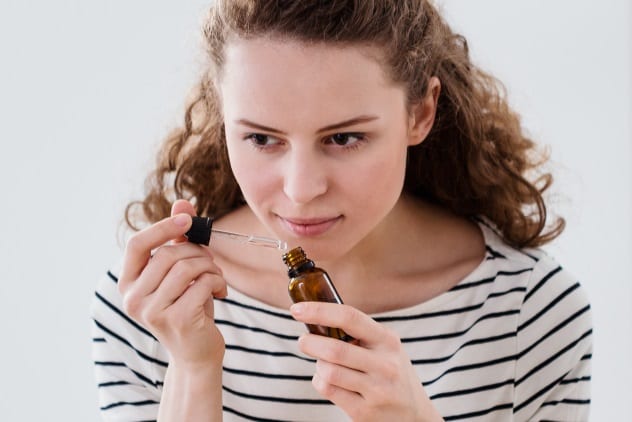 The benefits of essential oils on the brain are oft-repeated but largely unproven. We’re not denying their effectiveness in making you feel good, which can automatically have a positive effect on your brain. In terms of tangible benefits, though, none of the essential oils are scientifically proven to do anything. Well, except for rosemary.

Presumably in a bid to decisively prove the essential oils crowd wrong, researchers put a bunch of people in a room filled with rosemary aroma and asked them to do a variety of subtraction and visual-information-processing tests. To their surprise, and possibly dismay, there was a definite improvement in the participants’ performance as the scientists increased the dosage of the aroma.[7]

They’re not quite sure why that is, but it suggests that rosemary has a positive impact on the brain’s cognitive abilities, so stock up on it before your next test. 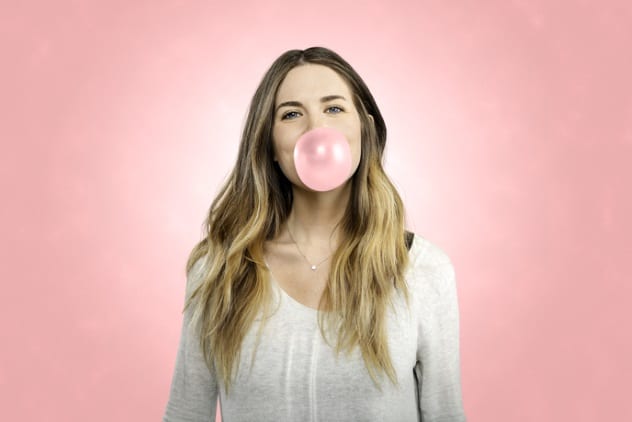 Apart from the approximately six seconds that the flavor lasts, chewing gum doesn’t seem to have any benefits at all. Despite it not clearly falling into any category of things—like food or activities—many people love to chew gum, and it remains a largely successful industry. What gives?

According to science, there are some clear benefits to chewing gum, and it is one of the few proven ways you can force your brain to behave that we know of. In a study, they found that chewing gum significantly lowers anxiety levels. The effects were most pronounced after two weeks of regular gum-chewing. That probably explains why that guy who was always chewing gum in high school was so “chill,” though it doesn’t stop there. Gum chewers also fare better at battling depression and fatigue than others.[8] 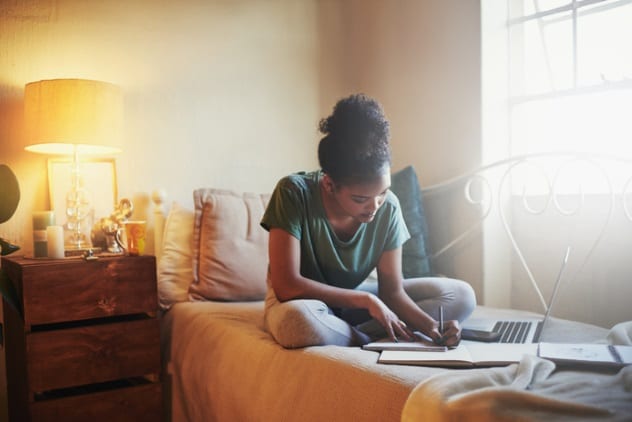 Students have been trying to find the perfect way to study in order to fare better at exams since time immemorial, albeit without much success. Even scientists aren’t exactly sure about how memories are formed in the brain, and figuring it out has been a longstanding pursuit in the neuroscience world.

One oft-repeated technique that is thought to work before tests is the brute force method: Just continuously read the subject matter, and you’re bound to remember it sooner or later. We believe it because everyone says it works, though according to some research, it actually makes you remember less information than if you’d studied in intervals.

Known as spaced repetition, this method requires you to take breaks in the learning process instead of repeatedly trying to cram information in. Studies prove that the latter is actually detrimental to retaining information, as the brain needs time to make the connections required to form a lasting memory.[9]

1 Smiling Can Trick Your Brain Into Thinking You’re Happy 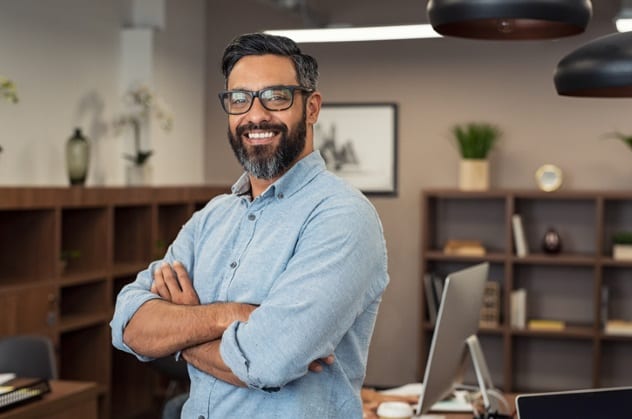 People smile because they’re happy, as most of us must have figured out by now. It’s a purely social feature of the body, and its only purpose is to let other people know that you’re having a good time, even if it’s fake.

What most people may not know, however, is that smiling isn’t just a response to being happy; it works the other way around, too. As many studies have found, just the act of smiling releases a bunch of feel-good chemicals—like dopamine and serotonin—in your brain. It also reduces stress and anxiety in high-pressure situations, lowers blood pressure, and may even help you live longer.

More interestingly, it doesn’t matter if you don’t feel like smiling at all; the mere act of smiling causes the brain to do all of those things, regardless of any other factors.[10]

Read more about ways the brain can be affected on 10 Fascinating Ways Our Brains Can Be Manipulated and 10 Ways Technology Rewires Our Brains.