In the laboratory, noise can get downright weird and wonderful. Often taken for granted in the outside world, sonic waves, frequencies, and music are changing the face of science.

They overhaul technology, reveal unexpected abilities, and show up in strange places. Sound can also mess with the human brain on a level that is astounding. Today, we’ll reveal the top 10 strange scientific discoveries about sound.

10 It Can Possibly Explain Anesthesia 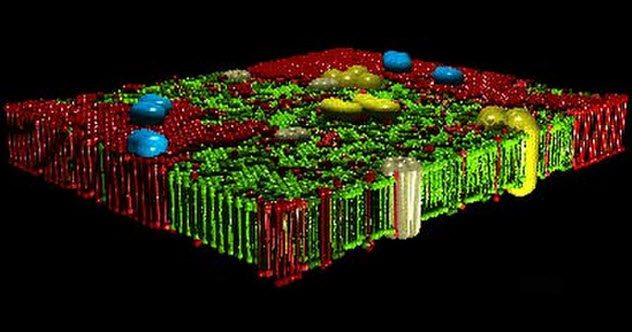 Conventional medical belief holds that nerves “talk” with electrical impulses. They are the pathways of the brain that tell the hand to wave or pat the cat. For physicists, this hardly made sense. Thermodynamic laws state that electrical impulses generate heat, but there is no such warming inside the human body.[1]

They came up with a controversial suggestion—nerves do not transmit electricity. Instead, they communicate with sound waves. Not every scientist is on board with the idea, but this could explain a long-standing medical mystery.

Anesthetics are not new, but nobody is really sure how they manage to knock all feeling from the system. Nerves have membranes. These sheaths must maintain a temperature similar to a person’s body heat for sound pulses to transmit their messages. Enough anesthetics can alter the temperature and effectively block sound waves from sending pain signals during surgery.

9 The Visual System Can Hear 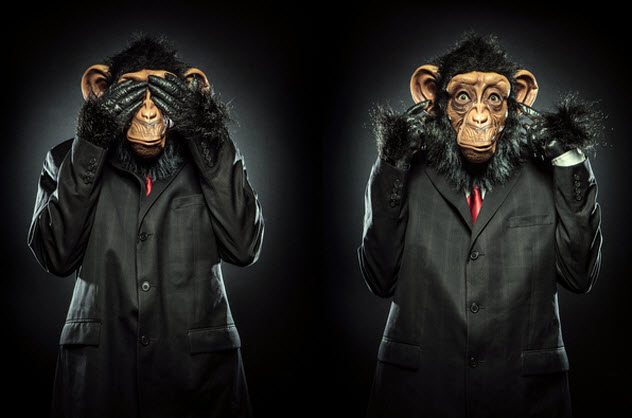 During an experiment, monkeys’ behavior led to a jaw-dropping discovery. They were trained to touch a light whenever it appeared on a panel. When the spot was bright, the monkeys found it with ease. Dimmed, they struggled. However, when a quick sound accompanied the dim spot, the monkeys pointed it out so fast that there was only one explanation—the brain can use sound to see.

This shatters neuroscience as we know it. Before, it was believed that the hearing and visual parts of the brain had no connection to each other. One focus of the study, 49 visual neurons in the monkeys’ brains, proved otherwise.[2]

In the presence of the noisy low-light spot, the neurons behaved as if the eyes were seeing a stronger light than there really was. The reaction time was so fast that only a direct link between the brain’s auditory and visual parts could be responsible.

Such interconnected sensory abilities could be behind the super-sight of the deaf and likewise explain why the blind often develop acute hearing. The brain region of a lost sense likely continues to support another working sense. 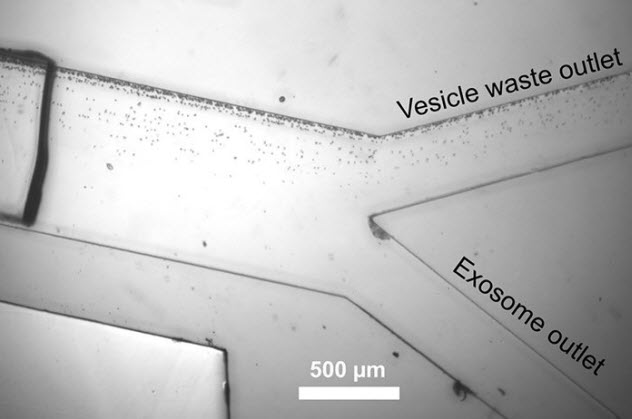 Blood tests are central to the correct diagnosis of a patient’s condition, but they are not without hiccups. Current blood screening technology can be time-consuming, damage samples, and risk contamination. It also cannot be easily transported.

Recently, a new method changed all that. Blood can now be tested with sound waves and deliver a quick, accurate result. When scientists want information about a patient’s condition, they hunt for exosomes.[3] Cells release these tiny messengers, which reveal plenty about the body’s health and disorders.

The new technique separates cells, platelets, and exosomes with sounds at different frequencies. The blood is briefly exposed to the acoustic pressures of the test, and this prevents any damage to the sample.

The applications of using sound to screen blood hold lifesaving possibilities. Quicker diagnosis, routine tests for previously hard to reach organs, and replacing most calls for a biopsy are among the benefits. One of the most valuable possibilities is that the test might become a portable kit used anywhere—from ambulances to isolated villages.

7 The Answer To Levitation 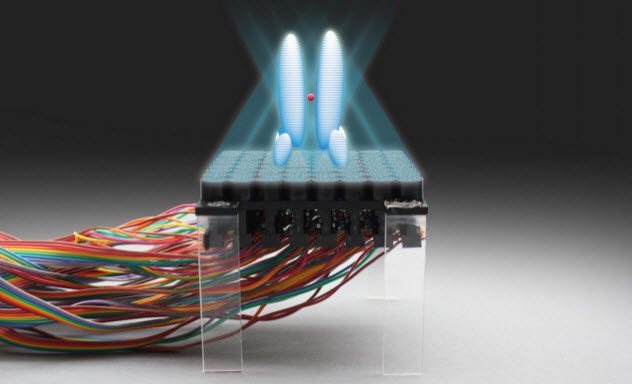 Enthusiasts of floating have tried to break the hold of gravity with anything from magnets to lasers. Turns out, the answer is silent noise. In 2014, a Scottish university discovered that sonic percussion could probably lift an object.

Sounds’ pressure waves produce force when they move through a medium—in this case, air. This force can be harnessed to create levitation. However, they failed to build a successful device.

The problem was a pattern. The waves needed to be released in a specific order to cancel gravity. Different pressures had to be deployed simultaneously to keep the object aloft, steady, or moving in a desired direction. This required an immensely complicated mathematical solution.[4]

Recently, another group of scientists used software and the Scottish data to find the magical pattern. They found three and even built a successful 3-D sound field with 64 exquisitely tiny loudspeakers.

Called an acoustic hologram, the field successfully levitated polystyrene balls. With the three different patterns, researchers were able to clasp the balls in a tweezer-like manner, keep them in a cage made of sound, or hold them steady in the eye of a tiny acoustic twister. 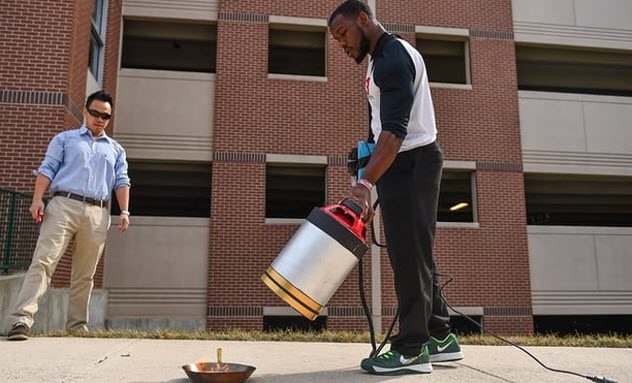 At first, the faculty at George Mason University in Virginia refused to believe in the vision of two students. The pair of engineering majors wanted to quell flames with sonic waves. Previous research on the subject had piqued their interest in the desire to invent the first fire extinguisher using sound.

Since they were electrical and software engineers, not chemical, they garnered more derision than support. Seth Robertson, 23, and Viet Tran, 28, continued anyway, sometimes on their own dime and under the guidance of one professor.

They quickly eliminated music when the waves were too inconsistent to disrupt the flames. The idea was to separate the fire from its food—oxygen. This finally happened when the fire got zapped with low frequencies of 30 to 60 hertz.

The pressure waves created a void with little oxygen. Thus prevented from reigniting, the flames died instantly. More work is required before a portable extinguisher is produced that works on different fuels and fire sizes. But the discovery opens the door for better firefighting that does not leave toxins behind like conventional extinguishers.[5] 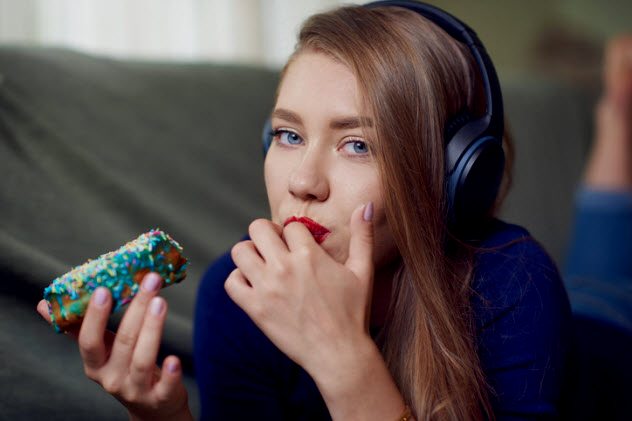 Low frequency sounds do not only douse fires. They also bring out the bitter taste in food. At the other end of the scale, their higher frequency cousins add a touch of sweetness.

The phenomenon is not entirely understood, but plenty of experiments in the laboratory and in restaurants confirmed that notes affect the palate. This is what researchers call “modulating taste.” It seems to dial up the bitterness or sweetness of nearly everything—from cake to coffee.[6]

The unusual influence does not directly touch the taste buds per se. Instead, it appears to work its magic in the brain. High or low notes alter the brain’s preference of focusing either on the sweet or bitter qualities of a meal.

Noise can also negatively affect the culinary experience. In 2011, a study found that background noise played a big role. If too loud, people are less likely to taste salt and sweetness or enjoy lunchtime. This explains why rowdy restaurants can spoil a meal and why airline food has a bad name. 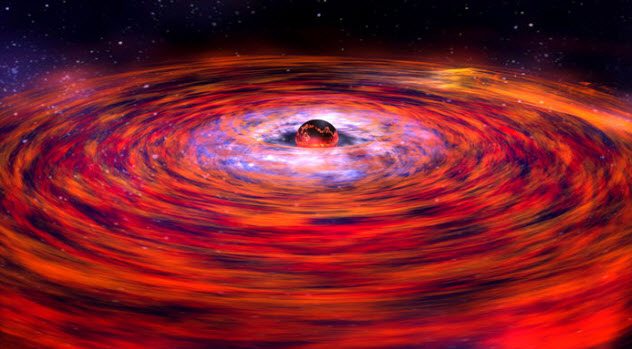 Mark Ballora grew up in a musical household. Later on, during his PhD studies, he became interested in turning data into music. He turned to sonification, the process of switching flat data into sound waves.

Over the next two decades, Ballora created songs that held the data of several studies. These included a neutron star’s energy, body temperature cycles of Arctic squirrels, sunquakes, and tropical storms.

When creating one of his symphonies, Ballora first familiarizes himself with the information and what the study is all about. Then he adds suitable sound that complements the numbers and the nature of the study.[7]

Swirling sounds made up a tropical storm. When he turned solar wind into music, the resulting tune was “shifting and shimmery.” While not a widespread tool in the scientific world, sonification has made some progress in astronomy.

At the South African Astronomical Observatory in Cape Town, blind astrophysicist Wanda Merced listens to her data. She discovered that stellar explosions produce electromagnetic waves when the violent event’s particles exchange energy. Her sighted colleagues missed it completely because they only looked at the graphs. 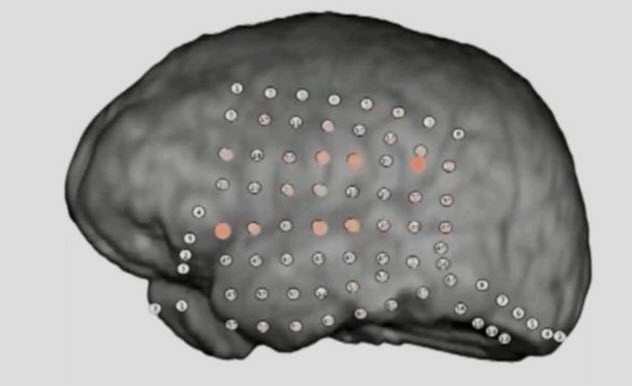 When researchers wanted to understand a phenomenon called the “cocktail party effect,” they turned to epilepsy patients. The patients had something valuable—electrodes against the surface of their brains.

The recordings were meant to track seizures, but seven patients also lent their gray matter to the cocktail study. When somebody concentrates on a conversation in a very noisy environment, this is called the cocktail party effect.[8] Scientists wanted to understand how the mind makes sense of speech amid loud auditory distractions.

Each subject listened to the same garbled recording. Almost nobody understood the speaker. Then they listened to a clear version of the same sentence, immediately followed by the same distorted line. Incredibly, everyone understood the garbled voice. Brain activity showed that they were not faking it.

During the first test (garbled), the regions for sound and speech remained somewhat inactive. But they lit up with the subsequent recordings. As it turns out, the brain’s incredible and lightning-fast plasticity is behind our ability to follow conversations at a rowdy party.

Once it recognized words, the brain reacted differently to the second garbled sentence. It sharpened the visual and auditory systems, fine-tuning them to locate speech and filter out noise. 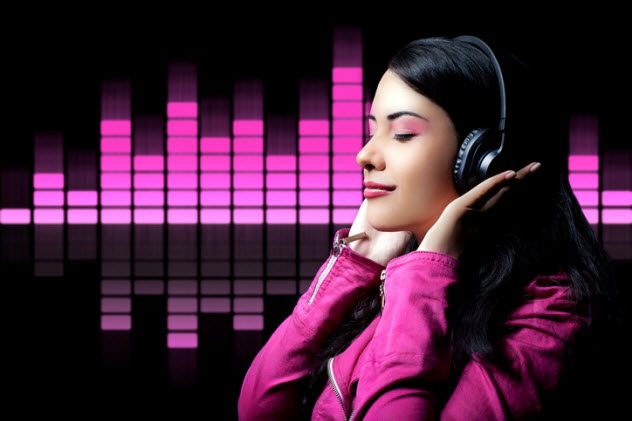 Among insomniacs, the term “white noise” is sometimes synonymous with a good night’s rest. Its ability to block background distraction while being easy to ignore—think fan—helps many to nod off. But several independent studies found something better for the sleep deprived—pink noise.[9]

White noise is continuous sound while pink’s high and low frequencies carry octaves with identical power. Light in the same power spectrum appears pink, and that gave the noise its name.

The pleasant sounds of wind, rustling leaves, or rain hitting the roof can slow brain activity. As a result, sleep is deeper and more restful. Chinese researchers found that pink noise lulled 75 percent of volunteers into better sleep. When they tested daytime nappers, those who entered the phase for the best rejuvenation rose by 45 percent.

For older adults, this could be good news. Aging brings fragmented sleep, which is responsible for memory loss. An American university team tucked in individuals over 60 and exposed some of them to pink vibes. In the morning, they received a memory test. Those who never heard the pink noise fared three times worse than those who did.

1 There Are People Who Hate Sound 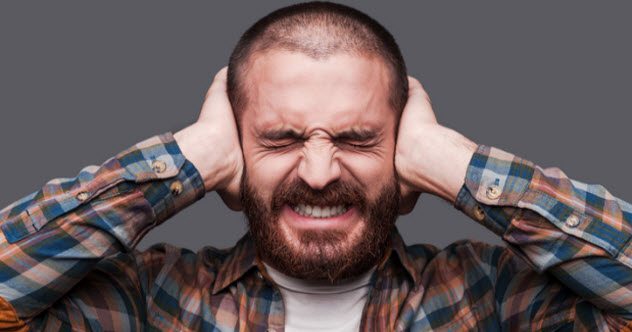 For those who love pink noise or rock concerts, it may feel surreal to encounter somebody who cannot listen to a sweet unwrapping. Who sweats and suffers palpitations when they are forced to endure another’s mindless pen clicking.

Although some might think that such people are putting it on, UK scientists discovered that intolerance of sound is a real medical condition. It is called misophonia and stems from a brain abnormality. A part of the frontal lobe is smaller and more underdeveloped in sufferers than in those who do not consider keyboard tapping a sound straight out of hell.

Two groups, misophonics and those free of the condition, listened to sounds while scientists studied their brain activity. Unpleasant noises fired up the anterior insular of every volunteer, regardless of which group they were in. This brain region triggers emotions and the fight-or-flight reaction.

However, the misophonics’ brains responded more intensely and spilled over into physical stress symptoms such as rapid heartbeat and perspiration. Interestingly enough, the anterior insular is directly connected to the structural abnormality of the frontal lobe.[10]

Read more incredible facts about sound on Top 10 Incredible Sound Phenomena and 10 Crazy Things You Can Do With Sound.