Smell is the most underrated of the five senses (or six, nine, or more, depending on who you talk to). So many amazing experiences in the world would be nothing without smell—eating a delicious bowl of Thai green curry (or anything that’s made with garlic), revisiting a childhood home, or even Christmas.

Smell is also the most mystical of the senses because it’s much less tangible than taste or touch. Because of this, and because we’ve only recently begun to understand the science behind smell, there are many fascinating beliefs and theories in cultures all over the world about smell, some which have been disproved through modern science and some which have stood the test of time. These beliefs can tell us many interesting things about ourselves, our culture, and our noses.

10 Disease Is Spread Through Bad Smells 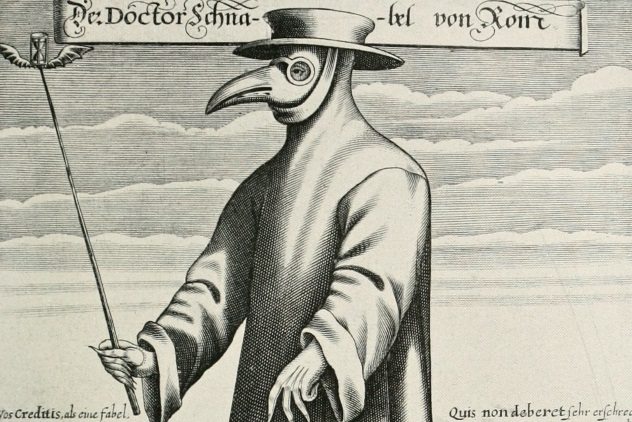 Back before scientists developed the germ theory of disease and before they discovered that fleas were spreading the Black Death on the backs of rats (or gerbils), people believed that sickness was spread through miasma, or foul smells. The world “malaria” actually comes from the Latin, mal and aria, which translates to “bad air.”

Because of this, 17th-century doctors who treated plague patients wore beaked masks stuffed with sweet-smelling ingredients such as dried flowers and herbs. People did all sorts of strange things to try and protect themselves against these dangerous, stinky smells. They built bonfires in the streets and fumigated their houses. They blessed the pollutant-rich air of the cities because they believed coal-burning cleansed the air of disease. And some people put a goat in their house, which seems counterintuitive, but we are talking about people who put leeches on their bodies to get rid of sickness.[1] 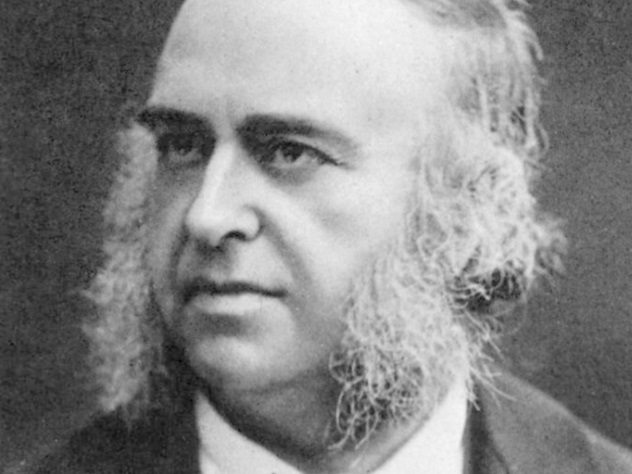 Freud also weighed in, connecting the strong sense of smell in animals with uninhibited sexuality and weak smell in humans with sexual repression.[2]

8 Perfume Is The Sweat Of The Gods 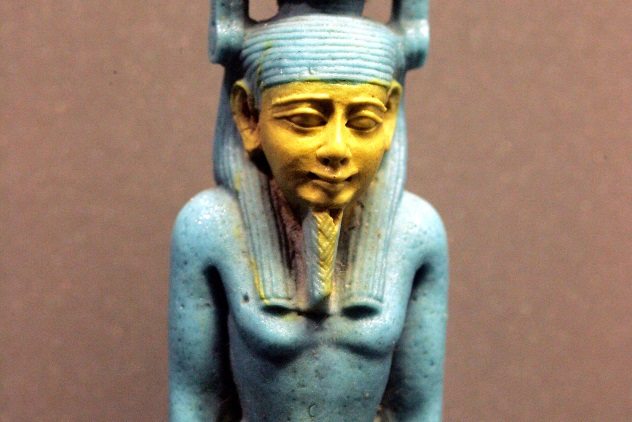 The ancient Egyptians were some of the first people to make and export perfumes. They made them out of oil and fat, mixed with aromatic ingredients from plants and herbs, and eventually exported their perfumes all over the Mediterranean. For the Egyptians, perfume had a close association with the divine. Deities were thought to have their own unique scents, and perfume was believed to be the sweat of their god, Ra. They even had a god just for perfume, Nefertem.[3]

If you think about it, not much has changed. We still associate individual scents with certain celebrities and fork out the big bucks to smell like them. If we could bottle Beyonce’s tears and spray them on ourselves, we would. 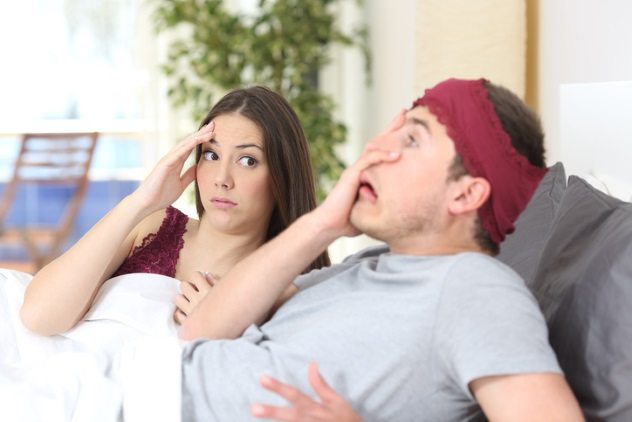 In many non-Western cultures around the world, smell is the most important of the senses. For some, everything in the universe is defined by smell. The Ongee of the Andaman islands constructed their calendar around the changing odors of seasonal plants throughout the year. Personal identity is also defined by odor, and everyone is believed to have their own distinct smell.

So, how does this attention to smell discourage incest? In many cultures where identity is associated with smell, “odor-mixing” is taboo, and people are discouraged from sleeping with those who have similar smells. For example, among the Amazonian Desana, each tribe is thought to have its own smell, and marriage is only allowed between those with different smells.[4] This discourages intratribal marriage and in turn means you’re less likely to marry your brother.

This isn’t just a cultural norm, however; there is science to back it up. Studies have shown that women prefer the scents of men whose DNA is different enough that they could produce a healthy child. So next time you meet up with a Tinder date, make sure you give them a big whiff just to make sure they aren’t some long-lost cousin.

6 Smell Has The Power To Heal Us 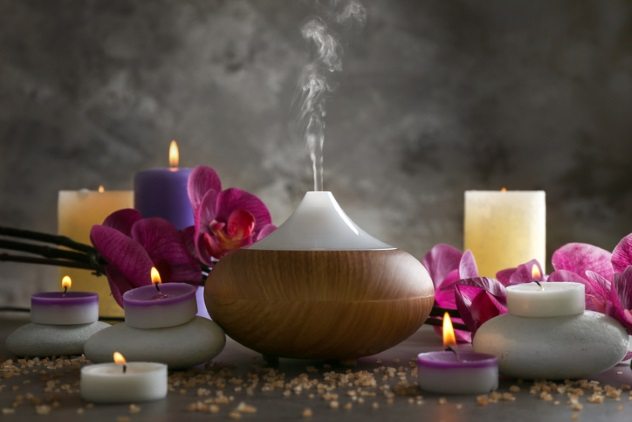 For thousands of years, cultures around the globe have used the concentrated extracts, or essential oils, of various parts of plants for therapeutic, hygienic, and ritualistic purposes. Today, this practice is known as aromatherapy. Although the science behind the success of aromatherapy is controversial, there are many studies that attest to the possibility that inhaling essential oils can have a transformative effect on things like mood, stress, focus, and even immune system health. Researchers believe this is because smell stimulates the parts of your brain that influence physical, emotional, and mental health.

Lavender, one of the most popular essential oils, has been shown to reduce stress levels and boost moods. Some researchers believe this is because lavender stimulates activity in the amygdala in the same way some sedative medications do.[5] Aromatherapy, once the domain of home-birth hippies and Big Pharma conspiracy theorists, is gaining in mainstream popularity as an alternative to prescription medication. 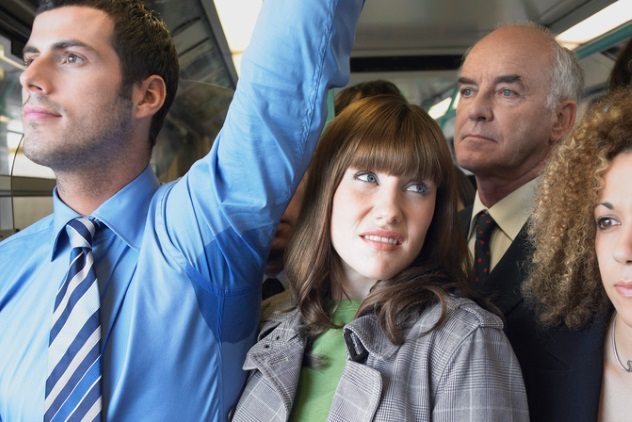 No, seriously, they do. A study suggests that we can smell peoples’ political beliefs. Okay, so we can’t just take a quick whiff of the person next to us on the subway and know who they voted for in the presidential primary, but this study, published in the American Journal of Political Science in 2014, found that adults were much more likely to be attracted to someone whose political ideologies aligned with their own, based on smell alone. In the experiment, 125 participants smelled body odor samples from 21 people with extreme political leanings. The results left little room for argument.

In a particularly dramatic instance, one subject claimed that the sample (taken from someone with different views than their own) had gone rancid, while another participant, with political views that aligned with the owner of the BO, smelling the same sample asked to keep it because she thought it smelled so good.[6] Thankfully, his study sheds light on the real reason Republicans and Democrats can’t seem to agree on anything. They can’t stand the smell of each other. 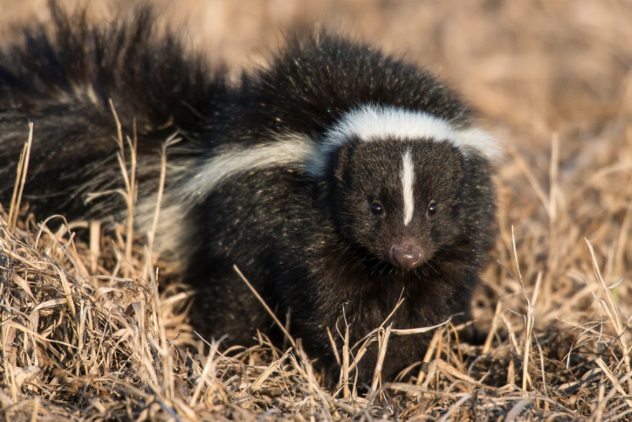 Honestly, this one seems pretty realistic. If you douse yourself in skunk perfume, it’s unlikely that anything is going to come near you, living or dead. This belief comes from many Native American tribes, for whom the skunk was a sacred animal. To many of these tribes, skunk odor was seen as a form of magical protection against evil spirits, which were believed to be the bringers of diseases.

The Cherokee people would hang a “skunk bag” filled with skunk odor during times of sickness and disease outbreaks.[7] A hole was punctured in the bag so that the smell could infuse the space. Although, like with miasma theory, there is no capacity for smell to fight the spread of disease, skunk bags may have inadvertently protected the users by discouraging visitors who might be carrying the disease. 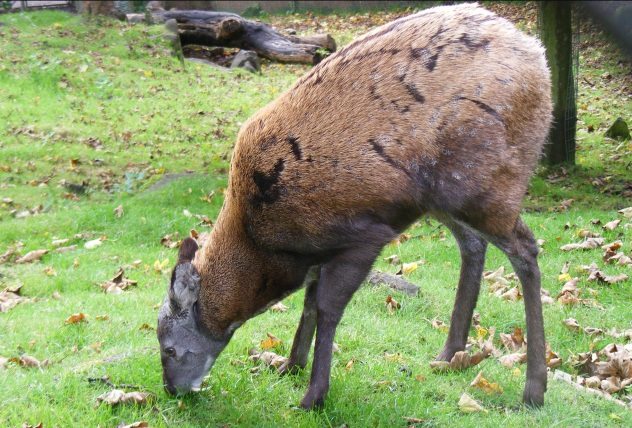 Aromatics have always played an important spiritual and ritualistic role for many different religions. However, one scent rises above the rest for early Islamic culture: musk. Today, the terms “musk” or “musky” make us think of sexy lumberjacks or even Elon Musk. In fact, the word “musk” is a noun and refers to an odor commonly used in perfumery and originally harvested from a small glandular sack taken from a male musk deer. This glandular sack secretes a liquid used by the deer to attract a mate.[8]

Because most species of musk deer are now endangered, the odor of musk is usually created synthetically. But back in the day of the Byzantine Empire, musk was the epitome of scent. Mentioned by Muhammad himself, musk features in many Arab proverbs and is used liberally in ancient Arabic literature as a symbol of excellence and great value that, like the scent, permeates its surroundings.

2 Scent Can Be Used To Diagnose Disease 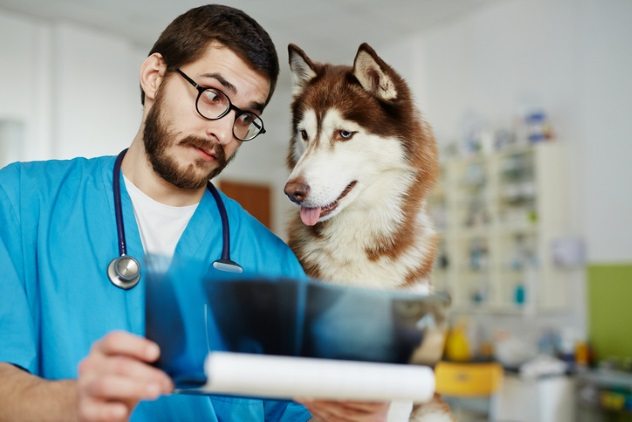 This sounds a lot like the “disease is spread by bad smell” theory and probably played some role in the development of that belief. However, unlike the miasma theory, there is actually some truth to this. Hippocrates, the famous ancient Greek physician, is recognized as the first to use smell to diagnose illness as far back as the fifth century BC.

Today, many studies have found success in the use of animal, electronic, and human noses to detect disease. How does this work, exactly? Detection relies on specialized sensory cells in the nose to detect volatile chemical compounds in a person’s body. Basically, certain smells can alert us to certain chemical imbalances and combinations that are markers of disease. This has been shown to work for colorectal cancer, lung cancer, lactose intolerance, fructose intolerance, and type 1 diabetes.[9] Just another reason we shouldn’t underestimate the power of smell.

1 Smell Can Predict Your Death 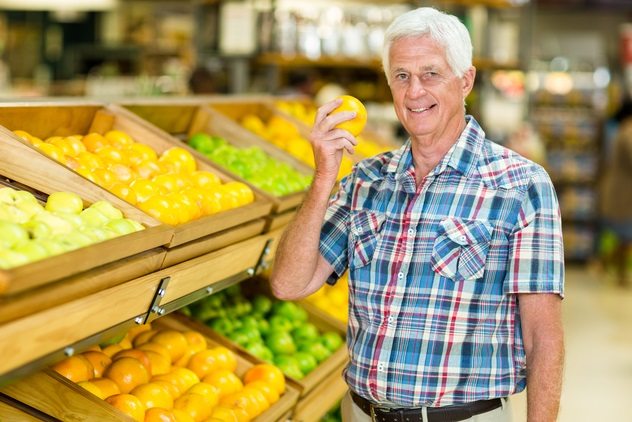 There is a popular belief that people smell lemons, or citrus, right before they die. The origins of this story are unclear, and the science is even murkier. However, there is a way in which scientists believe sense of smell can help predict your death.

A 2014 study from Rush University Medical Center in Chicago found that elderly people who could no longer smell common scents such as smoke, lemon, black pepper, chocolate, and cinnamon were 36 percent more likely to die in the next few years. Dr. Wilson, who conducted the study, believes the correlation is linked to a relationship between loss of smell and development of common neurodegenerative conditions such as dementia.[10] So don’t worry too much about any mysterious citrus smells you might encounter; it’s when you can’t smell the lemon in front of you that it’s time to panic.

Alanna is a Jill of all trades. Writer, costume designer, baker, wrangler—she’s done it all. Currently, Alanna lives with her parents as any self-respecting college-educated young person should. In her free time, she enjoys reading 15th-century epic poetry and lassoing trashcans in her front yard.

Read more aromatic facts about smell on Top 10 Fascinating Diseases That You Can Smell and 10 Things You Didn’t Know You Could Smell.