For millennia, we’ve been using swords to settle heated debates, as what is war but a debate that got really out of hand? Contrary to popular opinion, though, the sword isn’t the easiest weapon to master, unlike what Game of Thrones would have you believe. Many other weapons are far more effective on the battlefield and easier to learn, but for those born with a talent for it, the sword can indeed be one of the deadliest weapons to wield. Well, it used to be at one point, anyway, until firearms made it obsolete.

Because of its high skill ceiling, the sword has been sparingly used in battle in history, and true mastery of it shows up in only a handful of cultures. Because of that, legendary swordsmen are few and far between, even if the ones we do know of have been some of the most badass melee fighters of all time. 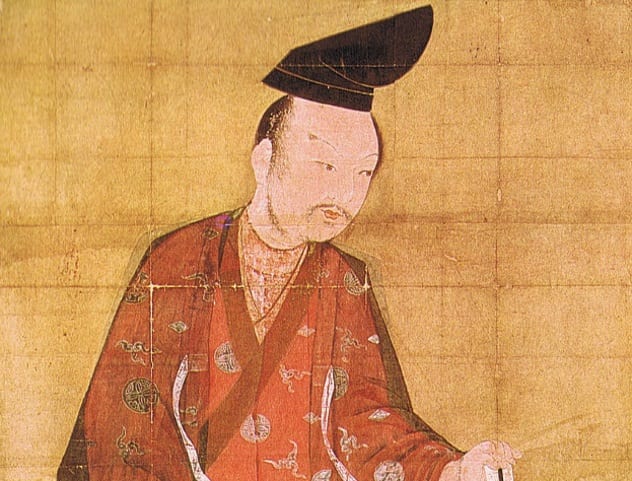 Minamoto Yoshitsune is one of the more well-known samurai in Japanese history. Not only was he a capable warrior, but he was also a brilliant strategist. He was one of the sons of Minamoto Yoshitomo—head of a powerful samurai clan in 12th-century Japan—who was killed in his war against the rival Taira clan. Fortunately for the history books, and unfortunately for the Tairas, they spared Yoshitsune.

While growing up in a monastery, he learned from any source he could find, including Sun Tzu’s Art of War. He left the monastery to travel and further honed his skill by fighting anyone stupid enough to duel him, picking up various different styles of fighting on the way.

Yoshitsune went on to become one of the greatest samurai generals Japan has ever seen and eventually helped his older brother, Minamoto Yorimoto, to annihilate Taira forces and establish the first shogunate of Japan. However, the two brothers would later have a falling out, leading Yoshitsune to attempt to rebel against Yorimoto.[1] 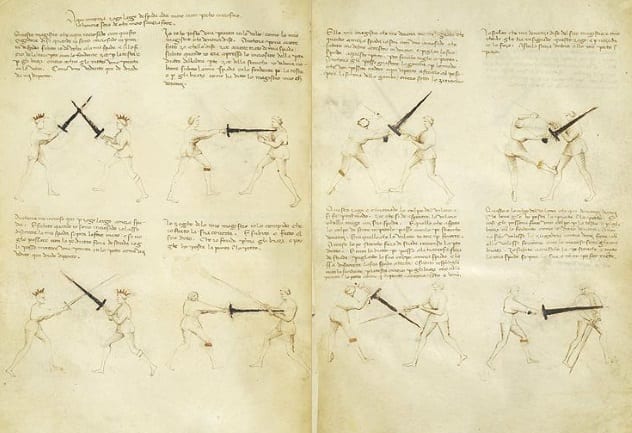 Fiore dei Liberi is the author of one of the oldest surviving treatises on fencing—Flower of Battle—as well one of the best swordsmen and fencing masters of medieval Europe. Even if the actual techniques mentioned in it are of no use in the modern era, it’s still extensively studied by students and YouTube martial arts gurus alike.

Not much is known about Liberi from outside sources, though the book places him as having been born somewhere around 1350.[2] He was the son of the lord of a small Italian town called Premariacco and had been practicing for half a century before the book was written, according to its contents.

Aside from writing the definitive book on swordsmanship, he was also a teacher to many of the royal houses in the surrounding regions and is generally regarded by historians as one of the best swordsmen in Europe’s history. He is famous for winning duels against many great swordsmen of the era, including his famous fights against five of the best fencing masters of the time. 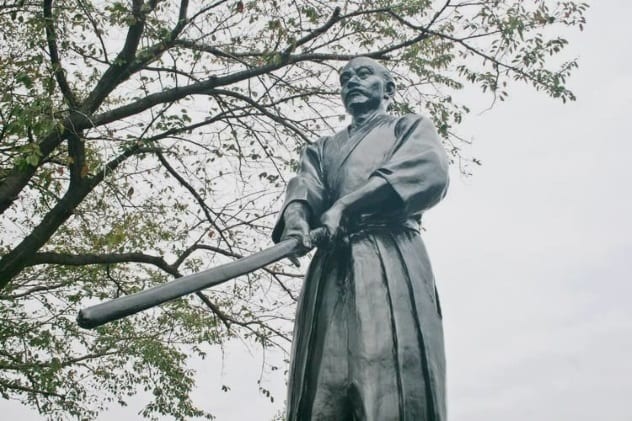 Despite our best efforts to keep this list geographically diverse, Japanese samurai still feature heavily on it. No other region in the world has had a more profound impact on the development of swordsmanship through the years than Japan, which is why it’s home to some of the greatest sword masters in history.

Kamiizumi Nobutsuna was a renowned samurai in 16th-century Japan. He is credited with improving upon the Kage-ryu (shadow school) style of sword fighting and coming up with his own school called Shinkage-ryu (new shadow school). While other schools were focused on dealing the maximum amount of damage as fast as possible, Shinkage-ryu is more defensive, relying on a low stance and protecting the body—at least until you could deal that one blow that could finish the duel, as it also relies on the concept of “the sword of only one cut.”[3]

Shinkage-ryu was the primary martial arts school throughout the Tokugawa period, which was the last shogunate before Japan decided to industrialize and . . . well, we all know what happened then. 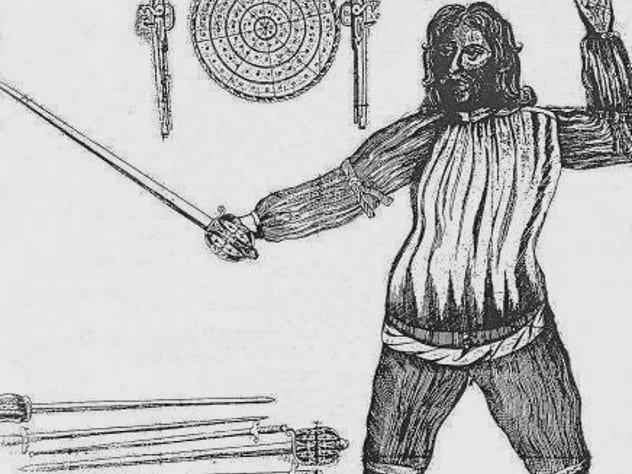 Born in possibly the most well-known city of the Scottish Highlands, Inverness, Donald McBane is still regarded as one of Europe’s best swordsmen. Like most other notable European sword masters, he was a renowned fencing master and wrote all about it in his autobiography, The Expert Sword-Man’s Companion.

While his early history involves quite a bit of losing and running away from battles—especially during clan battles in the Highlands—his sword fighting career began when he got into an argument with a senior officer fighting in the Nine Years’ War. He figured that learning how to fight himself was the best way forward, though because of his temper, he couldn’t stay in any one regiment.

He soon made his way back to Ireland and started a fencing school of his own. He made his mark when he defeated four fencing masters of rival schools. Interestingly, McBane’s school also served as a brothel. He claimed to have won nearly 100 duels.[4] Even if that may be a bit exaggerated, nearly all sources confirm that he didn’t lose any duels. 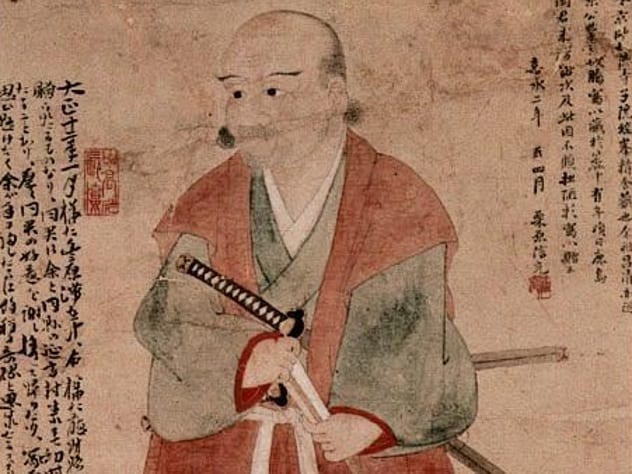 Photo credit: The History of Fighting

The Sengoku period, spanning roughly 150 years in the 15th and 16th centuries, was one of the most defining periods in Japanese history. It was a time of warring factions, social change, and general chaos. If there’s a movie or game set in samurai-era Japan, it’s most likely from that time.

The Sengoku period was also the backdrop for the rise of one of the greatest samurai to have ever lived: Tsukahara Bokuden. If records are anything to go by, Bokuden never lost a duel in his life, defeating adversaries who were much more experienced than him.[5] He fought numerous duels with some of the best fighters around the country and taught many important figures of that time, the most notable being shogun Ashikaga Yoshiteru.

His philosophy, while widely accepted now, was at odds with fighters of that era. He believed in not attacking until absolutely necessary, which influenced the fighting style of his Shinto-ryu school. 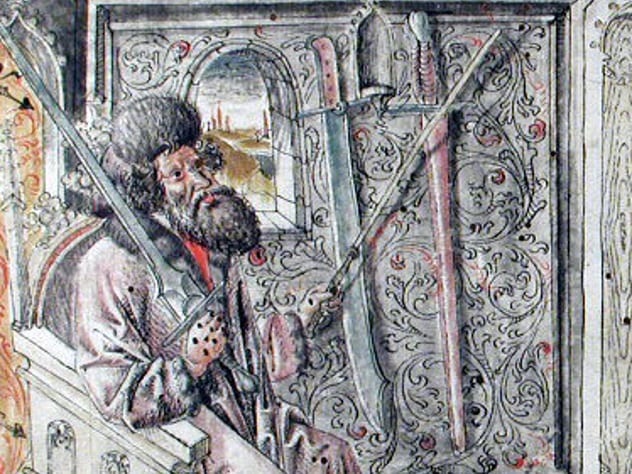 Johannes Liechtenauer was one of the most influential fencing masters from the German style of fencing, and his influence can be still be seen in modern fencing traditions. Born in 14th-century Germany, he traveled far and wide, picking up sword fighting techniques from many places in Europe and beyond before coming up with his own.

The Liechtenauer system, as those with a passion for fencing would be aware, is still a widely known school of fencing. It relies on calculated blows to break the opponent’s guard and has influenced many subsequent styles of fencing in the years since.

Liechtenauer’s influence can be gauged by the fact that his disciples went on to become celebrated sword masters in their own right. They came up with distinct techniques of their own, all of which form an intrinsic part of the German fencing style.[6] 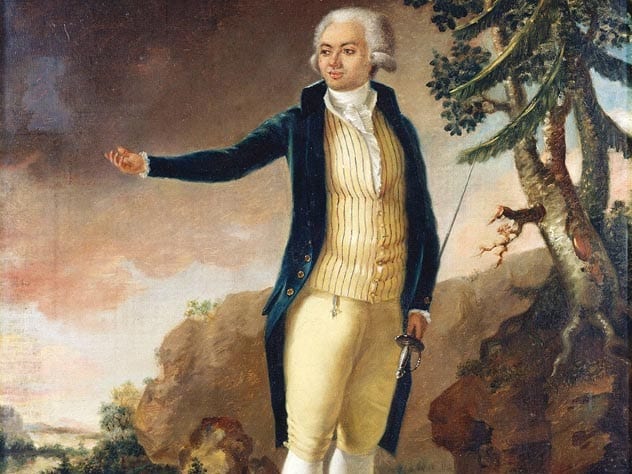 Joseph Bologne, Chevalier de Saint-Georges, was one of the best swordsmen in Europe in the late 18th century. Born on the Caribbean island of Guadeloupe, which was under French rule at the time, he was an illegitimate son of a plantation owner and an African slave. He eventually moved to mainland France and soon proved himself to be gifted at many things, including fencing, music composition, and playing the violin.

Bologne grew up to be a gifted violinist and composer, as well as an adept fighter. He commanded a legion of fighters on the side of the Republic during the French Revolution, which unofficially came to be known as the St. George Legion due to his popularity and skill.[7] Despite being good at more things than most of us will ever be (or because of it, perhaps), he faced racial discrimination at many points in his life, including two assassination attempts. Revolution or not, it was still 18th-century France. 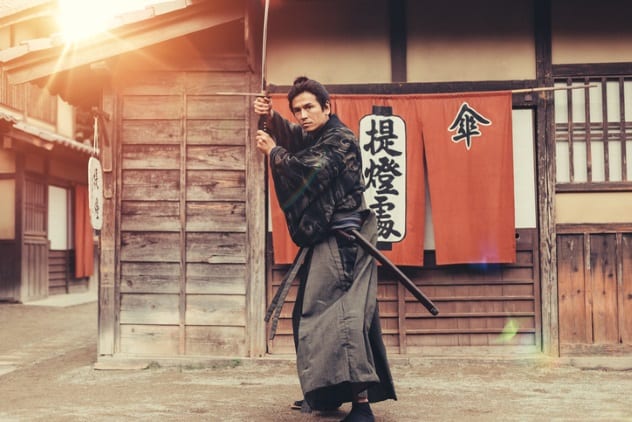 Another one of Japan’s legendary sword masters to emerge out of the Sengoku period, Ito Ittosai Kagehisa was a gifted fighter since his childhood. Born on a small island east of the Izu peninsula, his life was essentially a series of ever-escalating fights that he kept winning. When he was 14, he challenged an famous kendo master and emerged victorious. A local priest was so impressed by it that he gifted Ito a legendary sword, which started his career as a certified badass.

Ito traveled the country and trained with the best masters, and it’s said that he didn’t lose a duel in his entire life. He even established his own school of fighting called Itto-ryu, which—along with the above-mentioned Shinkage-ryu—became the primary fighting style in Tokugawa-era Japan. This style emphasized calmness and keeping distance from the enemy for most of the fight, with many sub-styles that are still used in modern kendo.[8] 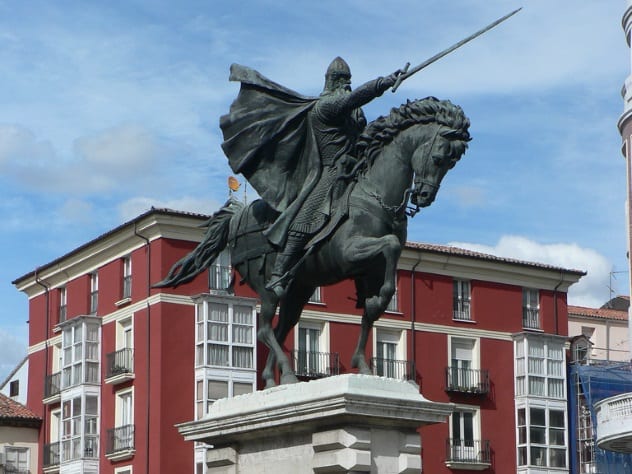 Contrary to popular (and controversial) belief, the early Muslim kingdoms did invade a significant part of Europe. The Iberian Peninsula had been under attack from the Moors—a European word for the invading Moroccan armies—for quite some time by the 11th century. It was a successful campaign, too, as they had conquered most of the Iberian Peninsula by that time and ruled it until the end of the 15th century.

Rodrigo Diaz de Vivar, also known as El Cid, was born in Castile amid that chaos. Due to his prowess with the sword and knowledge of battle strategy, he is still celebrated as one of Spain’s most heroic national figures. He is credited with fighting to free the Iberian Peninsula from the grasp of the Moors.[9] In reality, though, he was a mercenary and fought for any army that would pay him.

His fighting style was based on the concept of destreza, which translates to “dexterity” in English, and he was regarded as one of the best swordsmen in Europe at the time. His sword, La Tizona, is still preserved in a museum in Spain. 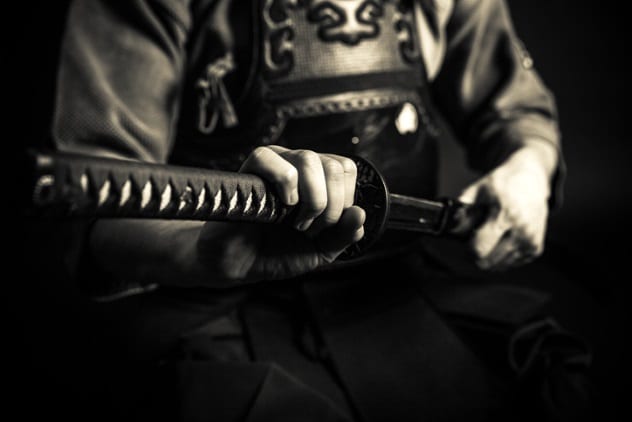 Another legendary samurai born in the Sengoku period, Sasaki Kojiro is regarded as one of the most skilled swordsmen to have ever lived. Due to missing records, it’s unclear exactly how he started, though we know that he was trained in many styles of fighting. While he is generally regarded as a master of the Chujo-ryu school, he was equally good with the nodachi, a longer version of the traditional katana. It’s said that despite its heavier frame, Kohiro was able to wield the nodachi with incredible speed and swiftness.

He was known for his distinct technique compared to other samurai of his era, which he perfected sometime in the year 1605. It consisted of a swift downward strike, followed by a rapid upward motion for maximum effect. His skill is often downplayed, as he is also remembered for his legendary defeat against another master of the sword, Miyamoto Musashi. In addition to the sword, Sasaki was quite good with other weapons as well, as is clear from his victory against three enemies at the same time with just a war fan.[10]

Read more about swords on 10 Mysterious Swords From Legend And History and Top 10 Misconceptions About Swords.