Freak shows have a mixed history of benefit and detriment to the human exhibits who were their performers and stars. While some performers used their physical differences to attain a freedom and financial independence that they would not otherwise have achieved, for every person who benefited from their exhibition, there was another who was exploited. Some freak show performers were no better than slaves; they were bought and sold, making only their “owners” rich and free. Often, women were kept captive by their managers, who married them for control and were no better than their wives’ pimps.

In modern times, there has been a reclamation of the term “freak,” and freak show performers are working for themselves, helped out by Internet visibility and global access to their faces and stories. Bearded ladies can now be women who subvert gender stereotypes, make their own money, and perform or exhibit on their terms. Bearded sisters are, to be quite clear, doing it for themselves.

The future of the freak show is glittering, consensual, and disarming, and right now, there is nothing hotter than a beautiful bearded lady. So step right up and see ten bearded ladies who redefined beauty, from the 1500s to the present day. 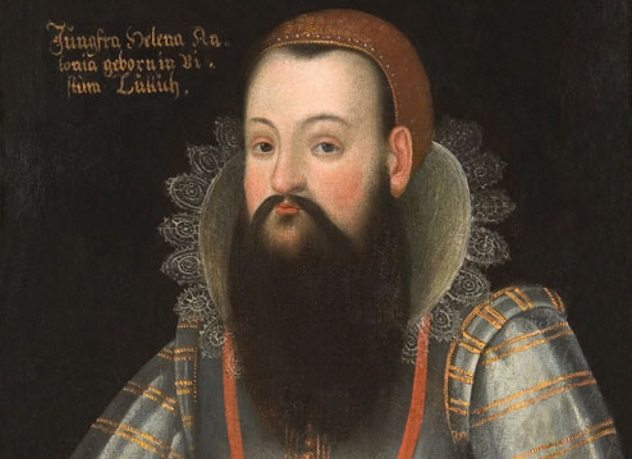 There is little information to be found about Helena Antonia, a bearded lady born in the 1500s, but her status and her role in the court of Holy Roman Empress Maria of Austria makes this mysterious bearded lady more than worthy of inclusion in this list.[1]

Helena Antonia was a bearded dwarf who was valuable enough for her portrait to be painted as a member of the court. She was clearly dressed in the feminine attire of the time, and contemporary depictions of her show a full, dark beard.

Was she seen as a fully actualized woman and member of the court, or did she have more of a jester role? Whatever her status was, her feelings on the matter have been lost to the mists of time. Little but her portrait remains. 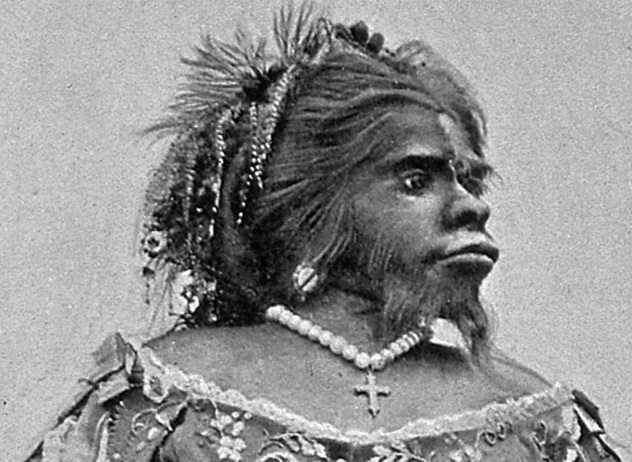 The story of Julia Pastrana is one of the saddest, most heartrending tales of abuse and dehumanization in the history of showbiz.

Born in 1834 in Mexico, Pastrana was variously referred to as the “ape woman,” “bear woman,” “baboon woman,” or “the ugliest woman in the world” due to her uncommon features and hairy face and body. She has been posthumously diagnosed with generalized hypertrichosis lanuginosa, which accounted for all the extra hair, as well as gingival hyperplasia, which made her lips and gums thick and protruding.

Pastrana was an incredibly intelligent and accomplished woman. She spoke three languages, and she could dance and sing opera with great skill. Plucked from a Mexican orphanage by the governor of Sinaloa, she was taken to New York to perform. Soon, she had a manager and was touring the world.

For six short years, she was the anti-belle of the ball, her accomplishments and skills made all the more incredible to the awed audiences due to their perceptions of her appearance. She married her manager and was soon pregnant with his child. The child inherited her hypertrichosis but died soon after birth. She soon followed him, dying five days later of complications from the birth at only 26.

Her husband then proceeded to display the taxidermied bodies of his wife and child as if they were mere museum exhibits rather than people.[2] 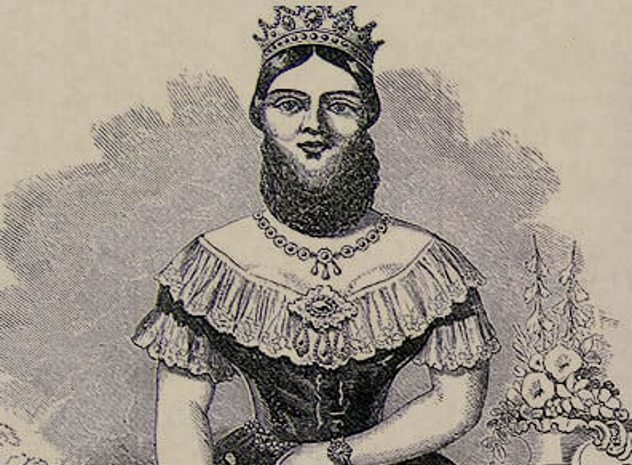 Josephine Boisdechen was born in 1831 in Switzerland. She had hair all over her body at birth, and by the age of two, she had a full beard. Not sure what to do with their daughter, her well-meaning parents sent her to boarding school, where both her education and her beard both grew substantially.

Josephine began to exhibit herself with her father as her agent. She met a heavily bearded man named Fortune Clofullia, and they married. Subsequently, Josephine Clofullia became a mother. Her first child died, but her second, a son, survived and also displayed a lovely beard, even as an infant.

Josephine started working with P.T. Barnum, along with her hirsute son. She was famously party to a court case where it was alleged that she was a fraud and was, in fact, male. Madame Clofullia most definitely was not and was defended by three doctors, who assured the court that she was a woman.

Josephine Clofullia’s later years have been lost to history, but they must have been better than the life of Julia Pastrana.[3] 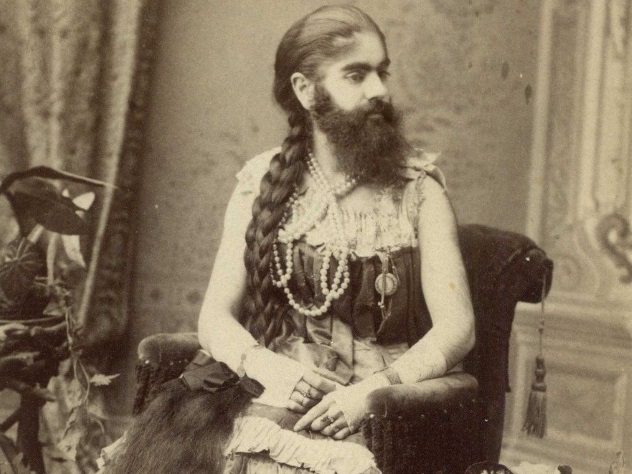 Annie Jones was born in 1865 to American parents, her beard already starting to form in the womb and visible at birth.

At just over a year old, she was dubbed “the Infant Esau” and exhibited by P.T. Barnum. After being offered $150 a week, which was a lot of money back then, Annie’s mother set up a home in New York with her daughter. Unfortunately, she was forced to return to her home in Virginia, and while she was attending to a family emergency, Annie was kidnapped by a local phrenologist. Luckily, she was found in upstate New York, and her mother returned, never leaving her daughter’s side again.

Annie became the Esau Child, and then the Esau Lady, and became a professional freak, traveling the world. She became an accomplished musician and enhanced her appearance by growing the hair on her head over 1.8 meters (6 ft) long. Annie was married twice and died at the age of 37. Surviving photos of her show a delicate, well-dressed woman with a luxurious growth of well-kept facial hair.[4] 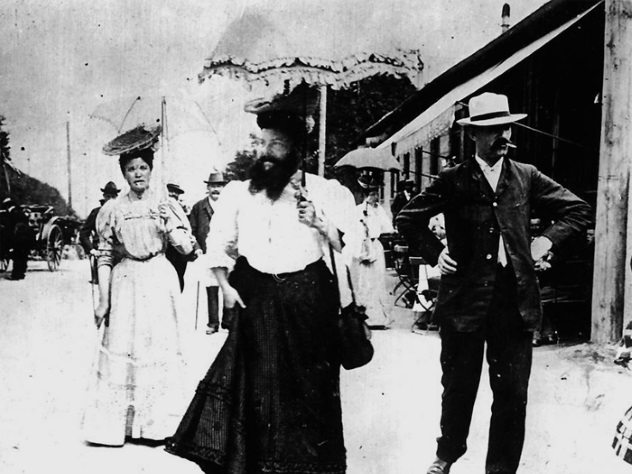 Clementine Delait was a Frenchwoman who delighted in the beauty of her double-plumed beard.

Bearded from her teenage years, Clementine was married to a baker and ran a cafe and bakery in Lorraine. Originally, she shaved her beard, but after seeing another bearded woman, she bet her husband that she could grow a better beard. The wager attracted customers to their cafe, which, before long, was renamed “Cafe of the Bearded Woman.”

In 1904, she obtained government permission to dress in men’s clothing, which she did sometimes. She preferred to cycle in a skirt, though.

Clementine Delait was a devoted wife and mother to her adopted child. She was a larger-than-life woman who really seemed like she would have been loads of fun to know. Unable to write, she dictated her memoirs and made it known that she wished to be buried under the words, “Here lies Clementine Delait, the bearded lady.”[5] 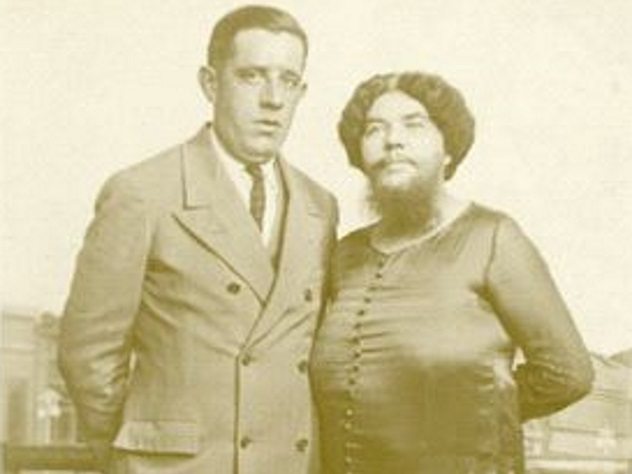 Jane Barnell rose to lasting fame in her role as a bearded lady in the 1932 movie Freaks.

Jane was sold to a circus by her mother at the age of four, when her father was away on a business trip. That circus soon left for Europe. She was dumped in an orphanage in Germany when she became ill. Somehow, her father found and rescued her when she was five.

Despite this unfortunate start in show business, as an adult, Jane went back to performing and was touted as having the longest beard at the time of any bearded woman, at a length of 33 centimeters (13 in). She performed under the names Lady Olga, Madame Olga, and Lady Olga Roderick. She performed on the trapeze until a railroad accident ended her trapeze career. Then she became a commercial photographer.

Jane Barnell was married several times and had two children, whom she outlived. She was not happy with the portrayal of the people in Freaks and was disappointed with her role in the movie.[6] 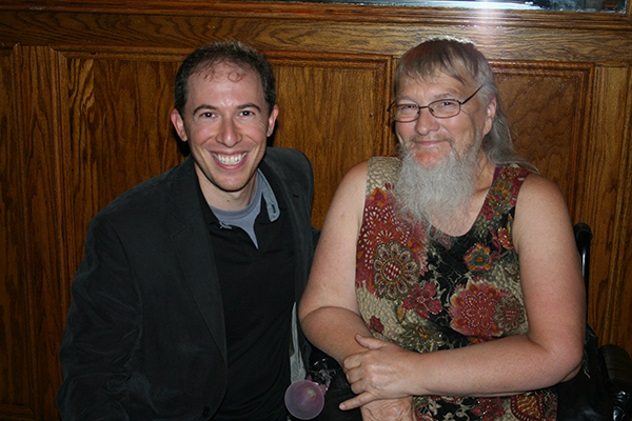 Vivian Wheeler was born in 1948. Unlike the other women in this list, Vivian was born intersex and had operations to change her genitals to reflect a more traditionally female presentation.

While her mother loved Vivian, her father just wanted the money he could make from her. From the age of five, young Vivian worked the sideshows and sent money home for most of the year. On tour, she was taken under the wing of older bearded ladies, while at home, she was forced to shave. She did not like being forced to change herself by shaving.

As she grew, Vivian changed her name to Malinda Maxey and became a person of great faith. She was married twice and had two more long-term relationships with men, despite not being exclusive in her attraction to men.

Vivian is now retired and is the mother of one son, whom she gave up for adoption at a young age. She reconnected with him on The Maury Povich Show. 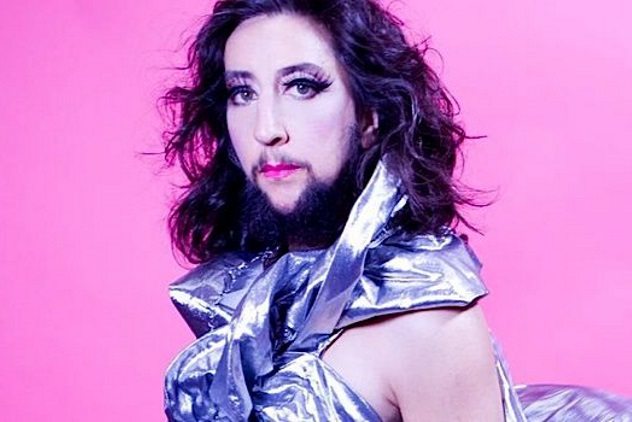 Jennifer Miler is a contemporary, out-and-proud bearded lady who has embraced the “freak show” part of her life by taking control of her own performance in her own circus.

Uncomfortable with the idea of shaving her face, Jennifer moved away from mainstream society and has spent her life embracing herself as a bearded woman, redefining her own definition of beauty with feminism and a dash of humor.[8] Jennifer is the owner of Circus Amok. She is a creative force to be reckoned with as a writer, playwright, performer, and activist. 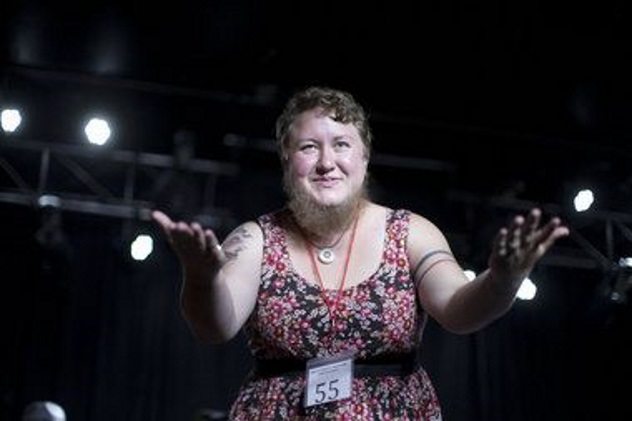 Kore Bobisuthi is mother who seems to live a pretty ordinary life, except that she just so happens to have a beard. Kore has a full, luxurious beard, which she exhibits in beard competitions against men. Kore’s beard is so delightfully in place because she suffers from a debilitating disease called polycystic ovary syndrome, also known as PCOS.

Despite her own pride in her beard, she is abused constantly when she’s out in public just for living her own life and not shaving her face. For Kore, her partner, and their son, the problem is not the beard; it is society. And when men feel they have a right to abuse and harass a woman just for having a beard, it’s hard to dispute that.[9] 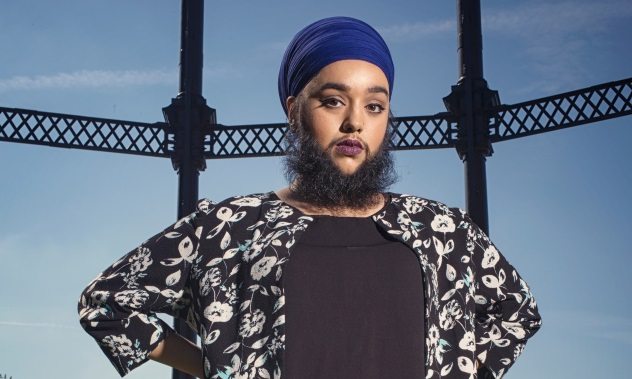 Harnaam Kaur is a bearded lady who is an Instagram star. Despite having a full beard from the effects of PCOS, Harnaam is now a bona fide Instagram personality and model.

You can’t look away from Harnaam, who splashes color all over herself with lipstick, a bright turban, and decadent, richly ornamental clothing and jewelry. Instead of hiding herself away, she adorns herself and puts herself out there. She is an example of positivity and variance in beauty in a world that so often expects women to look, weigh, and act a certain way.

Harnaan has overcome bullying from her peers and other adults as well and takes pride in the way she looks and the beauty that she exudes, which seems somehow enhanced by rather than marred by her luscious beard.[10]

None of the women in this list identify as anything other than women and bearded lades, so this list is not transphobic, because I know there will be commenters . . .