The Apollo 11 Moon landing was an awe-inspiring moment in the history of the human race for some and an endless debate of conspiracy theories and cover-ups for others. One of those theories states that the Moon landing—and indeed the entire mission—revolved around the desires and wishes of Masonic lodges.

Given how many such lodges have their roots in ancient Egyptian secret societies—and how many high-level NASA officials have such Masonic connections—it is claimed by some that the end goal of the Apollo 11 mission was to perform an ancient ritual in an attempt to “open communication” with a deity from the “beginning of time.”

As with most good conspiracy theories, closer examination reveals a mixture of tentative truth, outright speculation, and seemingly bizarre coincidences. 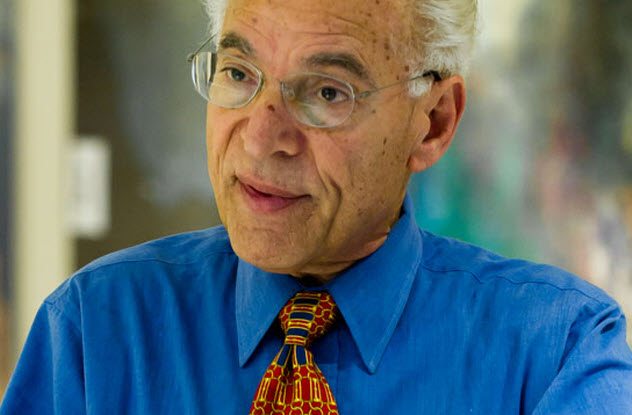 Much of the planning of the Apollo 11 mission, in particular the launch window, fell at the feet of a man named Farouk El-Baz. He determined the precise details of the launch and the landing itself, including exactly where and when the astronauts would touch down on the Moon.[1]

El-Baz had Masonic links, and his father was an expert in ancient Egyptian rituals. Many Masonic lodges still used elements of these rituals in modern times. When those with an eagle eye on such things studied the details of El-Baz’s work retrospectively, they began to pick up on what they believed were connections to such rituals “hidden in plain sight” within the timings and coordinates of the mission.

These theories take us neatly to the next point of interest. 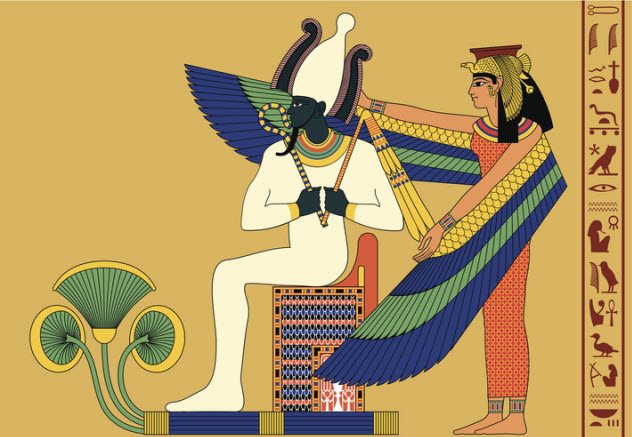 According to researchers with an interest in this particular theory, the real mission of Apollo 11 was to open a communication “portal” of sorts to the ancient deity Osiris. Such a ritual was performed by those at high levels in the secret societies of ancient Egypt to gain knowledge and wisdom.[2]

While that sounds outrageously bizarre to most, given the connections to ancient Egypt outlined in the entry above, perhaps it is perfectly understandable that such an aim would be desirable to those who firmly believed in such knowledge and ritual. Many secret groups and orders do.

If there is any truth to these claims, as unlikely as they might be, what was NASA—or those using the agency as a tool for their own ends—hoping to achieve? 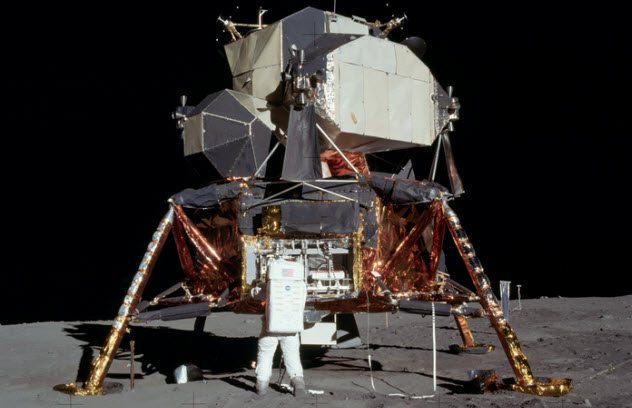 Both the landing site and the precise timings of the mission are said to have been down to an apparently perfect alignment of Orion’s belt with the Moon’s horizon on that specific date and time. These were key aspects of the ritual to open communication with Osiris, coincidentally or not.

Again, Farouk El-Baz was the person responsible for these finer details of the launch. While it is probably pure coincidence, the months of intense planning just happened to result in the exact conditions required by the ancient rituals in which his father was an expert. So it is perhaps understandable why some would raise an eyebrow or two in response.[3] 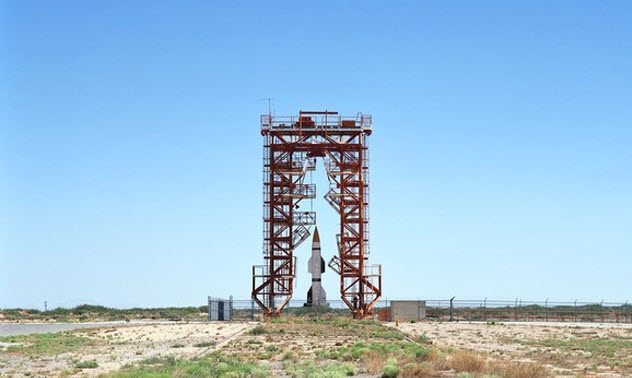 The number 33 is extremely important to Freemasons for various reasons. Perhaps most notably, there is the highest level of Freemasonry, the 33rd degree Freemasons of the Scottish Rite.

Given the links to Freemasonry and the Apollo 11 mission, it is again understandable that some drew attention to the number of times “33” appears in connection to NASA. For example, the only launchpad at White Sands, New Mexico, is Launchpad 33, and following the first shuttle mission, the landing on Earth took place on Runway 33.

According to many researchers, exactly 33 minutes after landing on the Moon’s surface, Buzz Aldrin performed a ritual inside the lunar module. Officially, Aldrin was taking Communion before leaving the module to explore the Moon’s surface.[4]

As we will discuss a little later, the roots of Communion, particularly in light of the details of the “Masonic rituals on the Moon” theories, are very interesting. 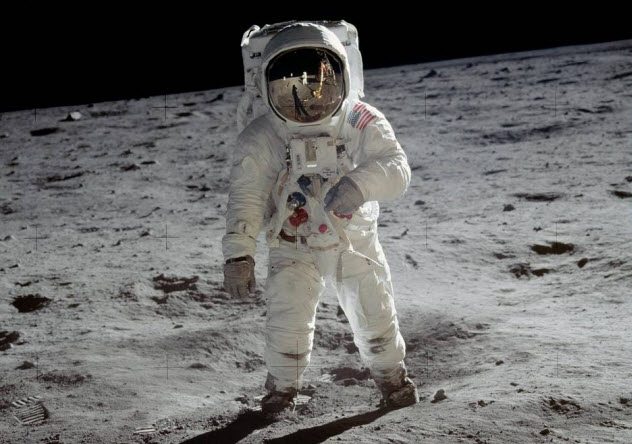 Although Neil Armstrong was the first astronaut to step on the Moon’s surface, it appears that fellow astronaut Buzz Aldrin may have had a deeper involvement in ensuring that the Masonic elements of the mission were a success.

While Armstrong was very much the “public face” of the mission, Aldrin appears—at least from a conspiracy theorist point of view—to have been much more involved in the finer aspects of the mission that were not for public consumption.

As we will discuss shortly, Aldrin has deep ties to Masonic lodges,[5] which isn’t a secret. However, many of the Masons’ activities and the reasoning for them are.

5 Many Freemason Connections To NASA 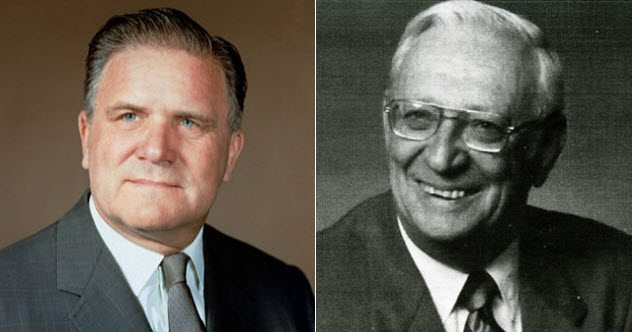 Besides Farouk El-Baz, Neil Armstrong, and Buzz Aldrin, it very much seems that NASA was (and arguably still is) awash with Freemasons and those closely connected to Masonic lodges and interests.

Freemason Jeff Edwin Webb served with NASA as its administrator for the majority of the 1960s. Kenneth S. Kleinknecht, the overall manager of the Apollo program, was a high-ranking member of the secretive group. Many other notable NASA astronauts also have Masonic ties.[6]

If there is any truth at all to the claims of Freemason involvement in the Apollo 11 mission, the Freemasons certainly had no shortage of “insiders,” including the astronauts themselves, to help achieve this.

4 Communion On The Moon And Further Links To Osiris 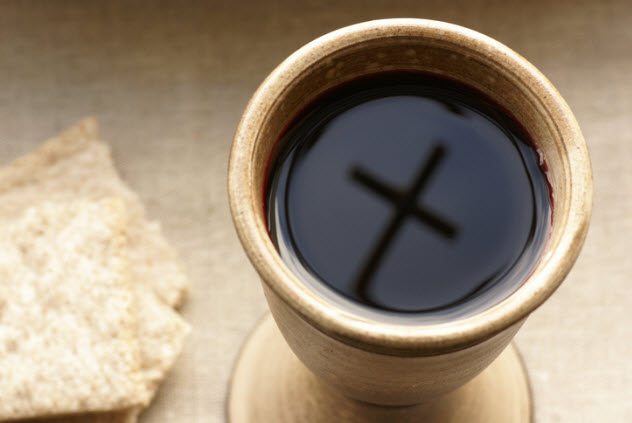 After landing but before leaving their craft for the Moon’s surface, the Apollo 11 crew took part in a small Communion ceremony according to official records. This was probably not surprising as millions of Americans did the same thing as part of their faith.

However, the rite of Communion dates back beyond the Catholic Church to ancient Egypt.[7] This ceremony has its roots in the secret societies that existed during that time and ultimately—according to many researchers—spawned the lodges of Freemasonry around the world today.

The act of Communion is essentially an offering to Osiris. It is claimed by those who subscribe to the conspiracy theories that the Freemasons “hijacked” the mission and that Aldrin performed the ritual for this very reason. 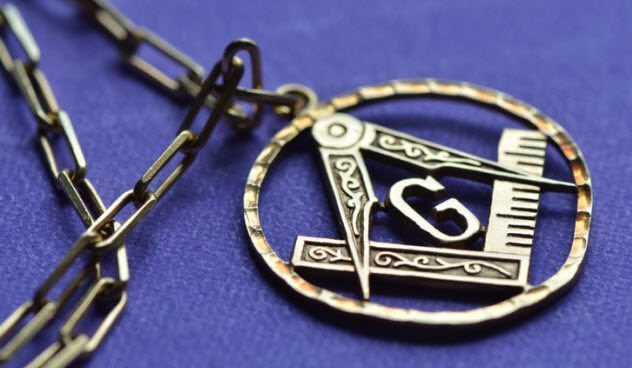 The Apollo 11 astronauts left various items on the Moon’s surface before they returned to Earth. As well as the US flag, they also left a stone plaque, a solid disc, a symbolic gold olive branch, general debris, used equipment, and parts of their suits not fit to make the return journey due to radiation exposure.

However, it is claimed by some that more objects remained on the Moon. These items contained Masonic symbols and offerings to Osiris as part of the communication ritual. The “secretive” offerings supposedly included silk Masonic scarves that were “blessed” on the Moon. At least one of these scarves was said to have been brought back to Earth after this ritual and presented to a Masonic lodge in Washington, DC.[8]

Of course, given that only a handful of people have ever set foot on the Moon (at least to the best of public knowledge), there could have been much more left there than we will ever be made aware of! 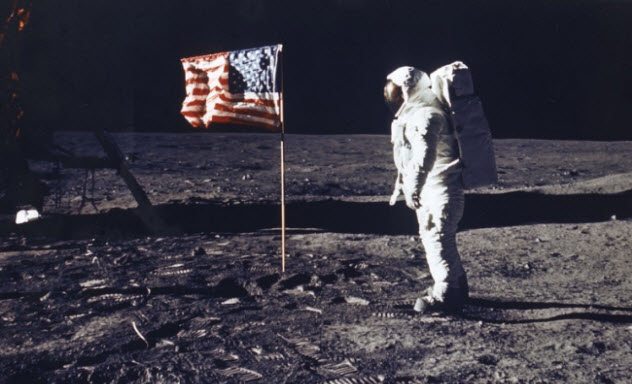 In the December 1969 edition of The New Age, an interview with Buzz Aldrin revealed some interesting views on Freemasonry, its place in the world, and space. Perhaps most notable was the comment, “When man reaches new worlds, Masonry will be there!” Given his adventures as part of the Apollo 11 mission, it was clear that Aldrin classed space and the Moon as “new worlds.”

Throughout the issue, Aldrin made no secret of his involvement with the Freemasons or the fact that (according to him) they were well invested in all aspects of modern life. While the interview didn’t cause many waves at the time, it is something that many researchers and conspiracy theorists have used to back their assertions about Masonic rituals and the Moon landings.[9]

1 Links To The ‘Moon Rocks’ Conspiracy 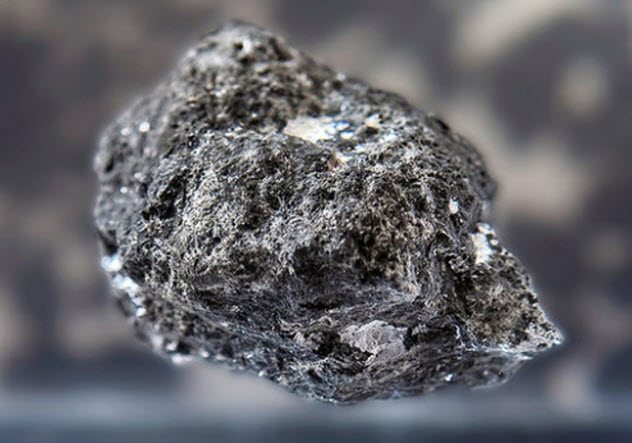 Perhaps not surprisingly, the Freemasons also have links to the plethora of conspiracies regarding the missing Moon rocks—the ones brought back to Earth by the astronauts of the Apollo 11 mission.

Some believe that these Moon rocks[10] have been withdrawn from the public by NASA and “replaced” with fakes, which were then given as gifts to various world dignitaries. Others believe that it wasn’t Moon rocks that the crew of Apollo 11 brought back. Instead, it was ancient alien relics of weapons and technology to be studied and reverse engineered on Earth.

Whatever the truth of the matter, the one unifying aspect among these various conspiracy theories is that Masonic lodges, with their “infiltration” of a wide range of private sectors and industries, likely had a hand in and something significant to gain from the Moon landings.